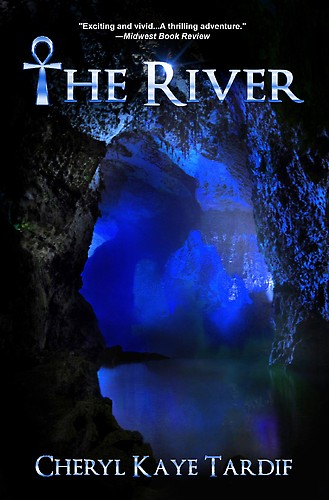 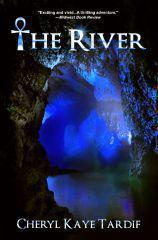 No part of this publication may be reproduced, stored in a retrieval system, or transmitted, in any form or by any means, electronic, mechanical, photocopying, recording, or otherwise, without written prior permission of the author.

This is a work of fiction. Names, characters, places and incidents either are the product of the author's imagination or are used fictitiously. And any resemblance to actual persons, living, dead (or in any other form), business establishments, events, or locales is entirely coincidental.

To my friend and 'sister', Bobbi Del Hathaway...

who always "leads with her heart"!

A woman with immense determination, Bobbi courageously fights the MS monster with dignity and spirit, and never gives up her quality of life.

You are an inspiration to everyone who knows you and we are all blessed by your friendship and courage.

Thank you for sharing the
'Del'
part of you.

Without you,
The River
would not
flow
!

Neil Hartling, author, outfitter, guide and owner of Nahanni River Adventures, and Lindy Laton, office manager at Nahanni River Adventures. Thank you both for helping me "keep it real"…or as real as a work of fiction can be. Without the two of you answering my endless questions and responding with such wonderfully descriptive answers,
my
Nahanni would have been lifeless!

Kathleen Meyer, author of
How to Shit in the Woods: An Environmentally Sound Approach to a Lost Art,
for allowing me to include the title of your book and all of its innuendoes. You are a Goddess among campers!

David Miller, internationally acclaimed artist, and your wonderful wife, Nancy, for your constant friendship and support. Thanks for allowing
Lisa
to 'study under you'!

Michele Jayasinha, Departmental Secretary at the Department of Anthropology and Sociology, at the University of British Columbia. Thank you for not transferring me again, and for answering my questions.

My editors: Mary, Francine, Marc and Linda. Your input and hard work is as always―priceless!

My fifteen-year-old daughter, Jessica, who designed this awesome cover. Great job! I'm proud of you!

My family and friends, for your patience and understanding, for allowing me to hibernate and say 'no' to coffee, lunches and get-togethers in order to meet my self-imposed deadline.

Rus Hathaway, who dared me to write a story that opened with this first line…
"She always leads with her heart."

(Do I win anything?)

One of my mother's friends had a dream to travel along a mysterious river in Canada. When my mother told me some of the rumors of this river―the name of which she couldn't remember―I became
hooked
and a chilling story began to brew in my mind. The search was on to find
that
river.

The South Nahanni River in Canada's rugged Northwest Territories is one of the most spectacular sights in the world. It is fraught with exquisite beauty and hidden dangers. It is also filled with an abundance of plant and animal life―not to mention, woven with legends 'older than dirt', as my husband would say.

This
may
be the river to which my mother's friend was referring. Or it may not. Nevertheless, the Nahanni River holds many secrets. Decades ago headless skeletons and corpses were discovered along its banks. Over the years, people have gone missing, and I've heard it referred to as the 'Bermuda Triangle of Canada'.

Although
THE RIVER
is interwoven with fact, this novel is a work of fact…
and
fiction.

I'll let
you
be the judge of which is which.

Take the ride of your life, down…

Any mistakes, or impossibilities, are as always my own.

Unless they're my editors'! 

I want to know the thoughts of God;

The rest are details.

S
he
always leads with her heart," a voice croaked.

Startled by the interruption, Professor Del Hawthorne lifted her head and gasped, shocked.

A man stood in the doorway to her classroom, panting for breath. He was in his late seventies and wore a grimy suede jacket over a once-pristine white dress shirt. The shirt was torn and stained with what looked suspiciously like dried blood. The man's tailored black pants were ripped from the knees down.

He stumbled inside and slammed the door.

Del threw a warning look at Peter Cavanaugh, her young anthropology protégé. Rising slowly from her desk, she faced the old man.

His stringy gray hair covered part of his face and was in desperate need of a shampoo and cut. His mottled, creviced skin reminded her of weathered cedar bark. But it was the man's glazed yet vaguely familiar eyes that made her heart skip a beat.

Did she know him?

The man's eyes flashed dangerously. "She always leads with her heart!"

Del gulped in a breath.

It wasn't every day that she heard her father's favorite saying―especially when it wasn't her father saying it. Instead, the words were coming from a man who looked like he had escaped from the psych ward.

How the hell did he make it past security?

She looked at her watch.
Damn!

After six o'clock, security was reduced to two men on the Anthropology wing. And they were probably on rounds or at the snack machine.

She glanced at Peter.

The young man was terrified. He stood motionless at the far end of the room, his head drooping against his chest.

"Campus security will be here soon," he said quietly.

The man turned half-closed eyes toward Peter. "Who's that?"

Del took a hesitant step forward. She rested her hands at the edge of her desk, careful not to draw the man's attention.

Security had installed silent alarm buttons underneath the lip of every faculty member's desk. Times had changed. Schools, colleges and universities had become common targets of deranged psychopaths hell-bent on murder.

She pushed the button and drew in a breath, praying desperately that it wasn't the case today. "Security will be here any minute."

The old man's head whipped around, his eyes pleading. "Don't you recognize me?"

Whatever reaction she was expecting to see, didn't prepare her for the one she got. Instead of answering her question, the man slumped to the floor, babbling incoherently. His right hand reached shakily into the folds of the jacket.

She stabbed repeatedly at the alarm button.

Where the hell is security?

Terrified, she saw the man pull something bulky from his jacket.

Then all hell broke loose.

One minute, she was standing behind her desk. The next, she was on the floor―with Peter Cavanaugh on top of her.

She waited, holding her breath, expecting shots of gunfire. But there were none. Instead, she heard scuffling sounds and a few grunts.

Finally, one of the guards called out. "We got him, Professor."

She heaved a sigh of relief.

"You okay?" Peter asked, his boy-next-door face bare inches from hers.

She groaned. "Uh, Mr. Cavanaugh? Security has him under control, so you can get off me now. You're crushing me."

"Didn't want you to get shot," he mumbled, helping her to her feet.

She brushed herself off, then glanced toward the door.

The guards dragged the intruder out into the hall.

That's when she heard the man shout, "Delly! It's me!"

Only one person in the world had ever called her '
Delly'
.

She ran toward the old man.

"I've seen it," he hissed, his eyes wild. "I've seen the future…not human…monsters!"

"Professor Schroeder?" she whispered. "Is that you?"

The old man's gaze locked on her. "You have to stop the Director, Delly!"

A shiver raced up her spine. "Director of what? Professor, we thought you were dead. You, my dad, the other men…"

Schroeder leaned closer, tears welling in his eyes. "They're going to kill your father, Delly."

"Professor Hawthorne," one of the guards said. "We have to take him downstairs."

Halfway down the hall, Schroeder's head whipped around.

The guards half-dragged him into the elevator.

"Professor Schroeder!" she yelled. "What are you talking about?"

His dull brown eyes flared like a trapped fox, wild and feral.

"It's all in the book. Destroy the cell, Delly. Find the river and stop the Director before he destroys humanity."

Del leaned against the wall outside her classroom. Her legs ached and vibrated. When her vision wavered, she closed her eyes and welcomed the darkness.

They're going to kill him, Delly.

Was her father really alive?

Someone called her name. Peter.

He stood beside her, clutching something to his chest. Whatever it was, he gripped it as though he were holding the treasures of the Egyptian Pharaohs.

"He dropped this," he said, handing her a book. "It's what the old guy was reaching for. You gonna be alright, Professor?"

She nodded. "See you tomorrow, Peter."

Del returned to her empty classroom, firmly closing and locking the door behind her. She made it across the room before her legs gave out. Dropping into a chair, she took a few deep breaths, then she picked up the leather-bound book that Peter had given her.

The cover was stained, partially missing. There was nothing on it except for an embossed symbol that was hard to make out.