Tags: #poems, #fairies, #magic book, #travel to another world, #adventure book for children, #magic tree, #adventure at school, #discovering fairyland, #power of self belief, #the power of good over evil 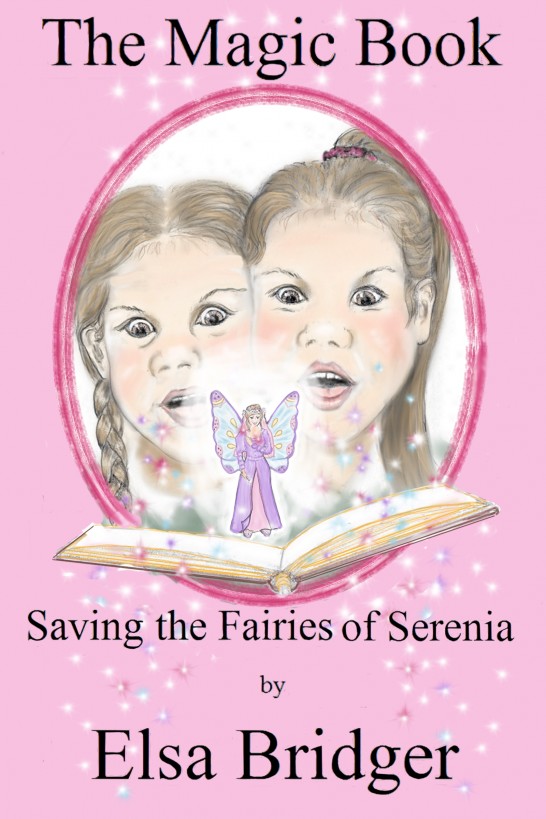 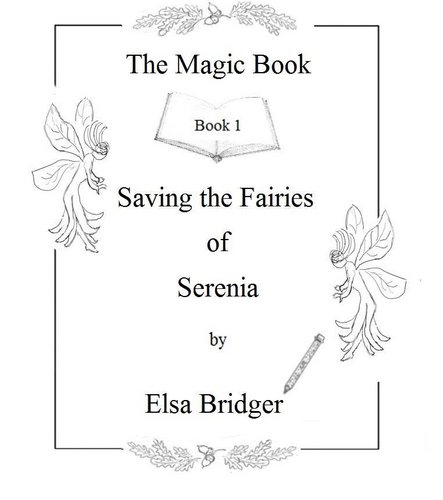 This ebook is
licenced for your personal enjoyment only. This ebook may not be
re-sold or given away to other people. If you would like to share
this book with another person, please purchase an additional copy
for each recipient. If you are reading this book and did not
purchase it, or it was not purchased for your use only, then please
return to Smashwords.com and purchase your own copy. Thank you for
respecting the hard work of this author.

Discover other titles
by Elsa Bridger at Smashwords.com:

Saving the Fairies of
Serenia

Mermaid Secrets -
due out
soon!

Mermaid Secrets and Lies -
due out
soon!

I'd like to
dedicate this book to my wonderful (and talented) family and
friends who have supported and believed in me; it's been a truly
joint effort and it would never have happened without you all! So a
huge thank you must go to Sophie and Felicity, my beautiful
daughters and my source of inspiration, Margaret, my mother, for
all the wonderful illustrations and Peter, my father for letting me
steal your wife for hours at a time! Also thank you , Glenn, my
brother and IT 'go-to man', Barry, my husband, for letting me
indulge my love of writing and for financing it all, and I'm
equally indebted to our good friend, Coralie Medcalf, for patiently
editing what was a scramble of words, and for her invaluable advice
and encouragement.

Also, thank
you, to the real Mrs Vincent, for allowing me to keep your name in
the story and for making Sophie and Felicity's first school years
ones we will treasure - you do a fantastic job, as do all the
staff.

A
special
dedication goes to my Grandmother, a very
special
lady, who must have passed on her love of books and
writing, down to my mother and myself and for this life-enriching
gift I am eternally grateful. I endeavour, with these stories, to
help pass it forward, so others can find the 'magic' in the written
word too.

The Winds of Change

A Plea for
Help

A Race Against
Time!

The Winds of
Change

Heather caught
up with Bryony and linked arms with her. She too was making her way
to The Great Oak, central to Serenia (home to all the fairies) and
where all their important events and meetings took place.

“Are you okay
Bryony, you look really low?” she asked, concerned for her
friend.

I’m just
thinking about Nightshade. I really miss his company. He doesn’t
even acknowledge me anymore. We used to be so close, like brother
and sister.”

“Well, I don’t
think it’s personal; he seems to treat everyone with contempt these
days. I don’t know what’s got in to him, but you're best to steer
clear. He’s been determined to stir up trouble, and I’m sure Queen
Tara has had quite enough!”

Bryony nodded
and swiped her hand angrily at a stray piece of hair tickling her
face. She wasn’t really angry though; it was just her way of
controlling tears that threatened to overwhelm her.

A gust of wind
suddenly blew up from nowhere, nearly flinging the girls against a
tree they were passing.

“Wow! What’s up
with this freaky weather?” grumbled Heather. “I’m sure this started
the same time as Nightshade began playing up!”

As abruptly as
the wind had swept in, it ceased. Heather and Bryony (who had been
flying hard to compensate) shot forward, forced to pull up sharp
narrowly missing a collision with two of their colleagues.

“How about the
rain this morning, did you get caught out in it?” Bryony asked
Heather after regaining her composure.

“Luckily, no.
I’d just stopped off for a drink. I swear I didn’t see a cloud in
the sky, just seconds before! Did you?”

“No, not a
single one,” agreed Bryony. “It swept in so fast! I’m glad it only
lasted a few seconds otherwise I’d have been drenched.”

“The plants
seem to be feeling it too. They’re really sickly. The worrying
thing is that no one has any idea what’s wrong with them, and
nothing we try seems to makes any difference. If things don’t
change soon we’re going to be in big trouble,” grimaced
Heather.

“Hmm, Earth
too,” Bryony was quick to point out. “Queen Tara was telling us
again just last week how Serenia is its lifeblood. The humans must
be noticing changes in weather patterns too by now.”

“Apparently the
humans call it ‘Global Warming' – whatever that’s meant to mean!
Well, at least they’re lucky; they have no idea just how serious
this could be. I don’t envy Queen Tara being responsible for our
survival as well as theirs! My guess is that this has to be what
this emergency meeting is about,” said Heather.

They took their
seats near the back of the assembled mass. Bryony was aware of a
strange silence which wouldn’t usually exist. Chatter, laughter and
sounds of her friends gladly going about their business of tending
to nature were the norm, not this overbearing, unnerving quiet!
Everyone on tender hooks to hear what Queen Tara had to say so
urgently and, to make matters worse, she was late – she was never
late! Concerned murmuring had started to ripple through the crowd,
like the thrum of bees' wings as they beat in flight making their
way amongst the flowers of the meadow.

“Look Bryony!”
exclaimed Heather, pointing up to a silhouette in the sky above,
moving in at great speed. “Isn’t that Poppy, Queen Tara’s personal
assistant?”

Poppy started
to speak even before she landed clumsily on the small stage at the
front. Every head snapped round to face her in total surprise. “I
can’t find Queen Tara
anywhere
, and I can’t find The Book
either; they’ve both vanished!” A collective gasp rose from the
crowd. Poppy started to sob in defeat.

Bryony’s blood
ran cold. Her hand tightened round Heather’s. That feeling of dread
that had been following her around like an invisible shadow seemed
to have just wrapped its icy self around her very heart. Nothing in
the history of Serenia had ever happened like this before. The Book
of Serenia was the key to life itself, and Queen Tara its rightful
keeper was missing! What was it that she so desperately needed to
tell everyone? Was Nightshade involved in all this somehow? Serenia
was in trouble, that was clear now, and Bryony felt utterly
powerless to do anything about it. Who could they turn to for help
now? How was this all going to end? 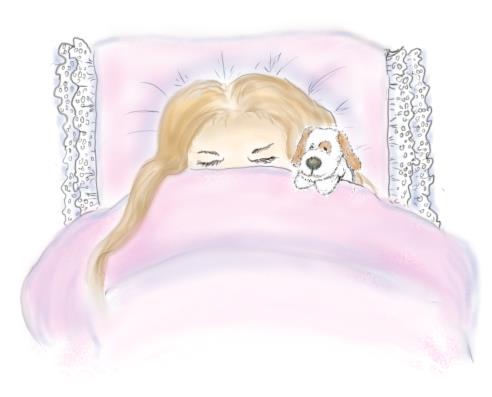 As Felicity
woke up, she realised with a familiar sinking feeling in her tummy
that today was another school day. How she would love to stay
tucked up in bed all warm and cosy, and she wished she was
blissfully still asleep like her twin sister, Sophie.

She could hear
her mother downstairs, already making breakfast and sandwiches for
the day, and her father washing in the shower in the bathroom
opposite their bedroom.

It was no use;
she decided she may as well get up. As she pulled back the curtains
to let in more light, Sophie awoke, complaining loudly and wrenched
her covers up over her head in an attempt to get back to sleep and
block out the knowledge that today was Monday. She disliked the
thought of school as much as her sister. 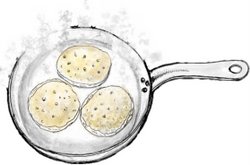 “Would anyone
like pancakes for breakfast?” Sophie and Felicity’s mother called
up the stairs. Pancakes with chocolate spread were their favourite
breakfast. She knew Mondays were particularly unpopular with her
daughters, and she did what she could to start the new school week
off with a little treat. It did the trick and Sophie, Felicity and
their father were soon downstairs.

After a tearful
kiss and a last hug goodbye at the classroom door, the girls went
in. It wasn’t that they disliked school exactly, so much as there
were so many other things they would prefer to do. There was roller
skating that they loved, or riding their pony, Little Redster,
baking with their mother or playing games with any number of their
many toys.