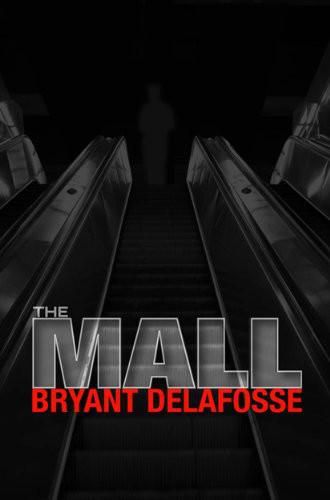 This book is a work of fiction. Names, characters, places, and incidents either are products of the author’s imagination or are used fictitiously. Any resemblance to actual events of locales or persons, living or dead, is entirely coincidental

Cover design by The Design Office

“
In one of the closest election in U.S. history, Richard Milhous Nixon was elected president in 1960.

The decisive moment in his campaign against challenger John Fitzgerald Kennedy seemed to come during the course of four debates conducted on radio when technical difficulties within the burgeoning young medium of television prevented televising the debates as planned…. Even so, Nixon’s margin of victory—both in the popular and electoral vote--proved to be the closest in American history.
”

Excerpt from the article entitled “A Brief History of the Presidents of the United States of America,” from the Uni-pedia on-line resource.
1

At first glance, Lara thought the Mall looked like a cross between a cathedral and an airport.

The large central chamber at the entrance stood beneath an ornately gold-leaf inlaid rotunda from which an enormous crystal and fiber-optic chandelier hung.

From where she stood, she could see several other levels above her, one stacked atop the other, like a layer cake composed of lights and colors.

The ceiling itself, an all-encompassing glass web, filtered just the right amount of natural light and heat to the shoppers below.

The Mall was fully automated, of the sort that had become so popular lately.

During the day, a shopper had the choice of working with a live sales clerk or completing a purchase entirely on their own.

For the luxury of a salesman, a customer often had to wait for his turn among a group of other customers seeking such “specialized help,” as the large digital signs posted throughout the Mall stated.

“If you should desire specialized help, please retrieve a pager from the below receptacle.

A knowledgeable sales representative will be happy to serve you as time allows.

Keep in mind that the wait time varies according to current business volume.”

Lara read the sign as shoppers scrambled around her, several bustling rudely around her to snatch a pager from the dispenser that she was obliviously blocking.

We don’t need one of those.

Attempting to concentrate on the sign, Lara tried to ignore her ten-year-old son, but it was becoming increasingly difficult especially since that annoying whining quality had entered his voice.

Cora dutifully continued to hold her mother’s hand loosely as she watched wide-eyed and with half open mouth the flurry of activity around them.

Distracted shoppers rushing around with their bags of purchases, electronic advertising boards squawking so loudly that one announcer’s voice bled into the other until it was impossible to distinguish one message from the other.

What exactly was wrong with saying, “If it looks busy, kiddo, expect to cool your heels”?

Owen was dragging the word out now, getting the full force of his whine behind it.

Funny how children know exactly which buttons to push, how hard to push it, and the most inappropriate time, then like a bored artist they start experimenting with variations, striving for maximum effect.

If she reacted now, he would enthusiastically add this one to the ever mounting list of “tactics that get results.”

It lowered its head and bent one knee slightly as if bowing.

“I did not mean to startle you, but I could not help but notice that you have lingered a somewhat longer amount of time than it takes for the average shopper to read and comprehend this informational sign,” it said.

“Perhaps, I could be of some assistance to you?”

Owen gave the metal man a jaded scowl and folded his arms.

Patience finally snapping, Lara gave her son a pinch on the arm.

Owen cried out in pain and turned beet red, clutching his arm as if she had just drawn blood.

The Bot standing before them shuddered and for a brief moment seemed on the verge of collapse.

Its electric blue eyes flickered and went dark briefly before returning to their previous intensity.

Despite being a machine incapable of emotion, the Bot gave Lara and her children a look that could only be defined as “confusion,” turned and walked briskly away from them.

When was someone going to program them with the concept that a little tough love was sometimes not only necessary but vital?

She knew that since their inception, all mechanized men had been programmed to “do no harm to living beings,” and as a result, had an exceptionally low tolerance for perceived pain of any kind, no matter the amount.

She had heard of them completely breaking down at the sight of spilled blood.

There it was in a nutshell.

Wisdom from the mouths of babes.

Without giving him the satisfaction of an answer, she wrapped a hand around his wrist and gave him a tug into the thick of the crowd.

She’d know the answer soon, although seeing the woman again would not be pleasant.

At her husband’s funeral--the last time she’d been in the presence of her mother-in-law--the old bitch had uttered the unforgivable words: “He’s dead now.

Those words had come as such a shock to Lara that she had been rendered speechless, her mouth capable of making nothing more than a confused whimper as the few somberly-dressed witnesses around her either stared dumbstruck or averted their eyes in vicarious embarrassment.

Charlene Myers-Cartwright had always hated her.

Until that day, Lara had never realized just how much.

Now she had been reduced to going to the woman for help.

Besides burying the love of her life, it would be the hardest thing Lara had ever had to do.

They’d reached a wide intersection dominated by a large combination clock and
signpost, that
had been donated by President John Connally while he was still the Governor of Texas.

The clock tower itself had been constructed in the quaint, old-fashioned style of the forties, though the red digital names scrolling across the signpost arms below its glowing yellow face ruined the timeless effect the designers had perhaps hoped to achieve.

To Lara the choice of placing the weight-driven timepiece from a by-gone era here in the midst of state-of-the-art consumer technology only succeeded in making it look archaic and sad, like an elderly farmer that had wandered, scared and confused into a busy mono station.

Intended as a respectful monument to our pasts, it had instead become something else altogether, an anachronism held up as spectacle.

Owen tried pulling her south toward the Blue wing of the Mall.

“What exactly are you doing?” she asked, yanking him up short and engaging his eyes.

“The E-Bot store is this way,” he announced, returning her look impetuously for a moment before spotting the seriousness there and diplomatically dropping his eyes altogether.

Cora clapped excitedly and gestured at the sight.

“You never said that,” Owen snapped, jerking his arm away and following at just enough at a distance to still be considered “minding.”

“I certainly did,” Lara replied.

Before Lara could say something she’d regret, Cora pronounced under her breath: “She did.

Again Lara pulled Owen up short, bowed until her face was even with his and hissed through her teeth, “One more word from you and we are out of here, goddammit!”

He knew his mother had reached her limits.

Lara rarely ever cursed, but it seemed lately the boy had been getting harder and harder to reach.

It was as if he went out of his way to take offense to everything she said or did and she was running low on patience since the eviction.