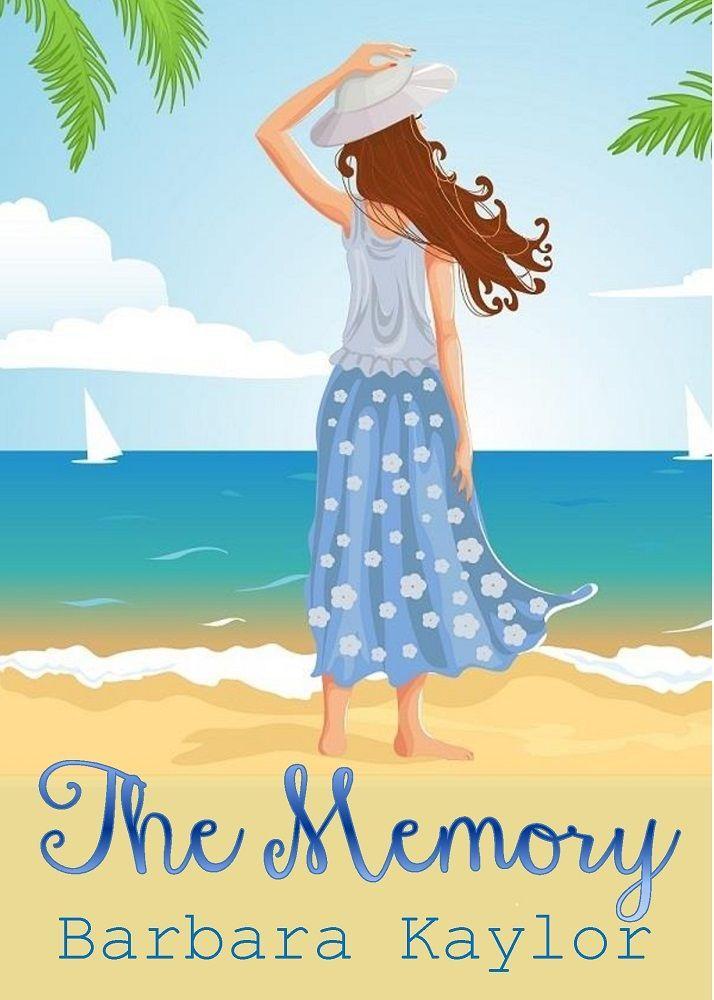 This book is dedicated to my loving family

“What? I just secured the account you’ve wanted for years. Why are you so angry with me?”

“Your methods went against company policy. A severance package will be mailed to you.”

“I’m the president of this company. I can do whatever I want!”

“I wouldn’t do that, Geneva. I have proof of your unethical conduct. If you go away quietly, it will remain in my files.  If not, I’ll be forced to produce it, and I’m sure you don’t want that.”

Elliot opened a folder and spread several photos on his desk. “Here’s the proof, Geneva.  You were carrying on with your client, a married man.”

“I can explain every one of those photos, Elliot.  Just give me a chance. Please don’t do this, Elliot.  I thought we were friends.  You told me I was an asset to the company.”

“That was before this!  Now please go.”

“Get out—get out now!” Elliot Starling thrashed to and fro in his hospital bed as he woke from the troubling dream. His cries startled the three visitors, holding vigil beside him.

“Whoa, Elliot!” Rick Starling calmed his younger brother so he wouldn’t rip out his I.V. tube. “It’s okay.  You’re in a hospital.  You had an accident.”

“Elliot!” Jewel Starling leaned over her injured son with tears of joy in her eyes.  “You’re awake!  You’ve been in and out for days.”

“I’ll get Doctor Price.” Rick ran from the room.

A dark-haired woman with smooth skin and a pouty mouth nudged Jewel aside.  “Elliot, try to stay awake this time.”  Her voice was cold and nasally.

“What is it, Elliot?”  Jewel fretted.  Elliot squinted as he studied her face.  It was kind and peaceful, but her deep blue eyes were ringed with sadness.

Elliot was trying to process her words when the other woman broke in.

“Elliot, it’s me, Olivia, your fiancée.” There wasn’t a shred of compassion in her tone or expression as she grabbed his hand. No ring of sadness circled her dark, piercing eyes. “You remember me, don’t you?”

Elliot cringed at the woman’s touch.   Nothing about her was familiar.  He pulled his hand from her grasp.

“Of course you do, Elliot,” Olivia insisted, impatiently.  “We’re getting married in three months.”

The door flew open behind them.  Doctor Clayton Price bolted inside the room, followed by a nurse and Rick.

“He doesn’t remember anything.” Jewel rushed into Rick’s arms and buried her head in his shoulder.

Dr. Price did a quick assessment of Elliot’s vital signs then asked his patient a few questions.  Frowning, he ordered everyone out but the nurse then called neurologist, Dr. Jessica Gary.

Rick led his mother into the hallway.  Olivia followed, begrudgingly.

“Take me to the chapel, Rick,” Jewel said, holding a tissue to her nose.  “I want to pray.”

Rick glared at Olivia with disbelief.  “Elliot almost died from his head injuries, Olivia.  The doctors warned us about the possibility of amnesia.”

“It could be temporary!” Olivia fired back. “He can’t have amnesia.  We’re getting married in three months.  Everything’s been planned.”

“No, thanks, I don’t pray.  The doctors will make Elliot better, not God, but don’t let me stop you.  If it makes you feel better, go pray.  I’ll stay here and wait to see my fiancé.”

Rick sneered at Olivia then escorted his mother to the chapel.  While she prayed, Rick stepped back out into the hallway and called Peggy, his wife, to give her an update.

“Do you want me to come to the hospital?”  Peggy asked with concern.  “I can take the kids to mother.  She’ll be happy to watch them.”

“No, stay there,” Rick answered, somberly.  “I’m not sure we’re going to be allowed to see him.”

“Mom’s praying.  Olivia’s being Olivia.  Nasty as a hornet.”

“Ugh!  It would be a blessing if Elliot’s amnesia prevented him from marrying that woman.  That’s mean of me, but Olivia rubs me in all the wrong ways.”

“Me, too,” Rick said.  “I better go check on Mom.”  He uttered a quick goodbye then flipped his phone shut and stepped back inside the chapel.  Jewel was sobbing.  Rick put his arm around her.

“It’s not that, son.  I’m ashamed of myself.”  Jewel dabbed her eyes with a handful of tissues she’d pulled from her purse.  “I have a secret.”

“What kind of secret?” Rick arched an eyebrow at her.

“I’ve been praying for months that this wedding between Elliot and Olivia wouldn’t take place.”  She blew her nose.  “If Elliot can’t remember Olivia, he may not marry her.  I never wanted the wedding to be cancelled like this.”

“Don’t be too hard on yourself, Mom.”  Rick gave Jewel a tender squeeze.  “Peggy and I don’t want this wedding to take place either.”

A nurse poked her head in the door to let them know the doctor was waiting. They hurried back to Elliot’s room.  Olivia was stewing in the hallway beside Elliot’s two doctors.

Dr. Price gave the good news.  Elliot’s physical injuries were healing nicely.  He could be released in a few days.

“I have the bad news.” Dr. Gary stepped forward.  “Elliot has amnesia.  It’s normal with this type of head injury, but we don’t know if it is temporary or permanent.”

“Will it be gone in three months?” Olivia’s tone was crisp with impatience.  “We’re getting married!  Can’t you do anything to make him remember quickly?”

Dr. Gary flinched.  “I’m sorry for you, but the only thing we can do is be patient.  Sometimes, memories return quickly.  Sometimes, the process takes longer.  Some memories will return.  Some won’t. That’s generally how it works.”

“What do we do?”  Rick held his weeping mother.

“Take him home, let him take one step at a time, talk to him, show him familiar things, and hope for the best.”  Dr. Gary’s professional demeanor wobbled. “There is something peculiar about this case.”

“What?” Rick, Jewel, and Olivia leaned forward as one.

“Elliot mentioned a woman, someone he said was in a dream, but he feels she may be a memory.  He’s not sure.”

“Geneva,” Dr. Gary answered.  “Is that someone he knows?”

“Yes, she is real.  My brother fired her from the company seven years ago.” Rick’s tone reflected disapproval in the firing.  Olivia slit her eyes at him.

“Geneva went against company policy.  Elliot did what he had to do.  He is the president, Rick.”

Ignoring the sparring, the two doctors nodded in sync. “It fits with what Elliot told us,” Dr. Price said. “What he had was no dream.  He actually remembered an event in his past.”

“Elliot seems to be very upset about the incident and is asking for this person,” Dr. Gary added.

“What?” Olivia flared. “That’s not going to happen!  He doesn’t know what he’s talking about.”

“Be quiet, Olivia,” Rick snapped.  He turned to the doctors.  “I have no idea what happened to Geneva.  She moved away.”

Dr. Price stroked his chin at the news.  “I’ll pass the information to Elliot and see how he reacts.  He’s very distraught and frustrated.”

“Can we see him?” Jewel spoke up for the first time in a tiny voice.

“Thank you for the wonderful and uplifting retreat, Geneva.” Sandy Posey stood on the front porch of the Serenity Bed and Breakfast Inn.  “Put us down for the same time next year.  We absolutely loved it. Everyone was truly blessed by the trip. Each lady is inspired to go back and pass on what she’s learned here.”

Geneva Passion’s smile was warm and friendly despite her fatigue.  “That means I’ve done the job the Lord wanted me to do.” She gave Sandy a hug. “Thank you for the encouraging comments.  Your ladies were fun and very attentive.  I enjoyed their visit, and I’ll make sure you’re on my calendar for next year.”

Geneva stayed on the porch and waved as Sandy and her group drove off in two sedans.  When they were out of sight, Geneva plopped down on a rocker with a huge sigh of relief.  Russell, her adopted stray mutt traipsed over to her while Missy, the black and white cat, yawned lazily from her comfy place on the wooden bench beneath the window.  Her pudgy body was squeezed between a watering can and a clay flower pot, overflowing with geraniums.

“You were a good pup to all our visitors, Russell.” Geneva scratched the dog behind the ears.  “And thanks, Missy, for being polite for a change.”  Most visitors enjoyed having the pets around, but some were allergic to them so Geneva kept them outside.

Missy uncurled herself then moseyed over to her mistress and leapt in her lap.  Russell whined his disapproval.  He wanted all the attention.

“Don’t get jealous, Russell.” Geneva reached down and patted him on the head.  “I have enough love for both of you.”

After a few minutes, the animals settled back in their favorite spots on the porch.  Russell in a corner and Missy on the bench.  Geneva leaned back in the rocker with a smile on her face.  “You’ve done it again God.  You got me through another weekend retreat and given me more lives to pray over.  I’ll do my best.”

“Your parents would be proud of you, Geneva.”  Perry Neely, pastor of the Holly Park Friendship Church and Geneva’s mother’s father, walked onto the porch and joined Geneva.  “So would your grandma.”  Rusty trotted over to the preacher for more attention.  Perry obliged with some gentle rubs around the dog’s ears.

“I miss all of them, Grandpa,” Geneva confessed in a little girl voice. “Mom, Dad, and Grandma.”  She didn’t know her father’s parents.  They had died before she was born.

Perry put a hand over Geneva’s.  “I do, too.  Some days more than others.”

“We’ve got each other, though, Grandpa.”  Geneva stretched over and gave the seventy-five-year old man a hug around his neck. “You’re the cream of the crop as far as I’m concerned, and all the ladies agree.  They adore you.”  Pride warmed Geneva’s tone.  “You’re a big help to me, too, Grandpa.  Thanks for making this place work.  I couldn’t do it without you, but you do too much.”

Love and admiration flitted across Perry’s face.  “Oh, I don’t know about that.  I enjoy helping out here, but I think you were made for this kind of work.  The Lord turned a bad experience into a blessing for you, Geneva, and now you’re a blessing to others.”

Geneva frowned at her grandpa’s reference to the day she was fired by Elliot Starling.

“Wish I had known it at the time.” Geneva’s voice tightened around the memory of her anger and pain.  “It sure would have saved me years of bitterness and heartache. I thought my life was over.  Getting fired is one of the most humiliating things a person can go through, especially when you’re accused of something you didn’t do.”  There was a bite in her words.

“The Lord had other plans for you, Geneva.” Perry leaned back in his chair and gazed at the country road, passing in front of their place.  “Your getting fired was actually a blessing to me.  I don’t know what I would have done if you hadn’t been here to help with your grandma when she got sick.  And turning this big old house into a bed and breakfast for spiritual retreats has blessed tons of ladies.  It was a great idea.”

Heart to Heart (From the Files of Madison Finn, 11) by Dower, Laura
Killing Cassidy by Jeanne M. Dams
Emily Eyefinger and the Secret from the Sea by Duncan Ball
Dark Light (The Dark Light Series) by S.L. Jennings
Parishioner by Walter Mosley
La horda amarilla by George H. White
First Gravedigger by Barbara Paul
The Girl in the Painted Caravan by Eva Petulengro
El gran reloj by Kenneth Fearing
The Killing of Tupac Shakur by Cathy Scott