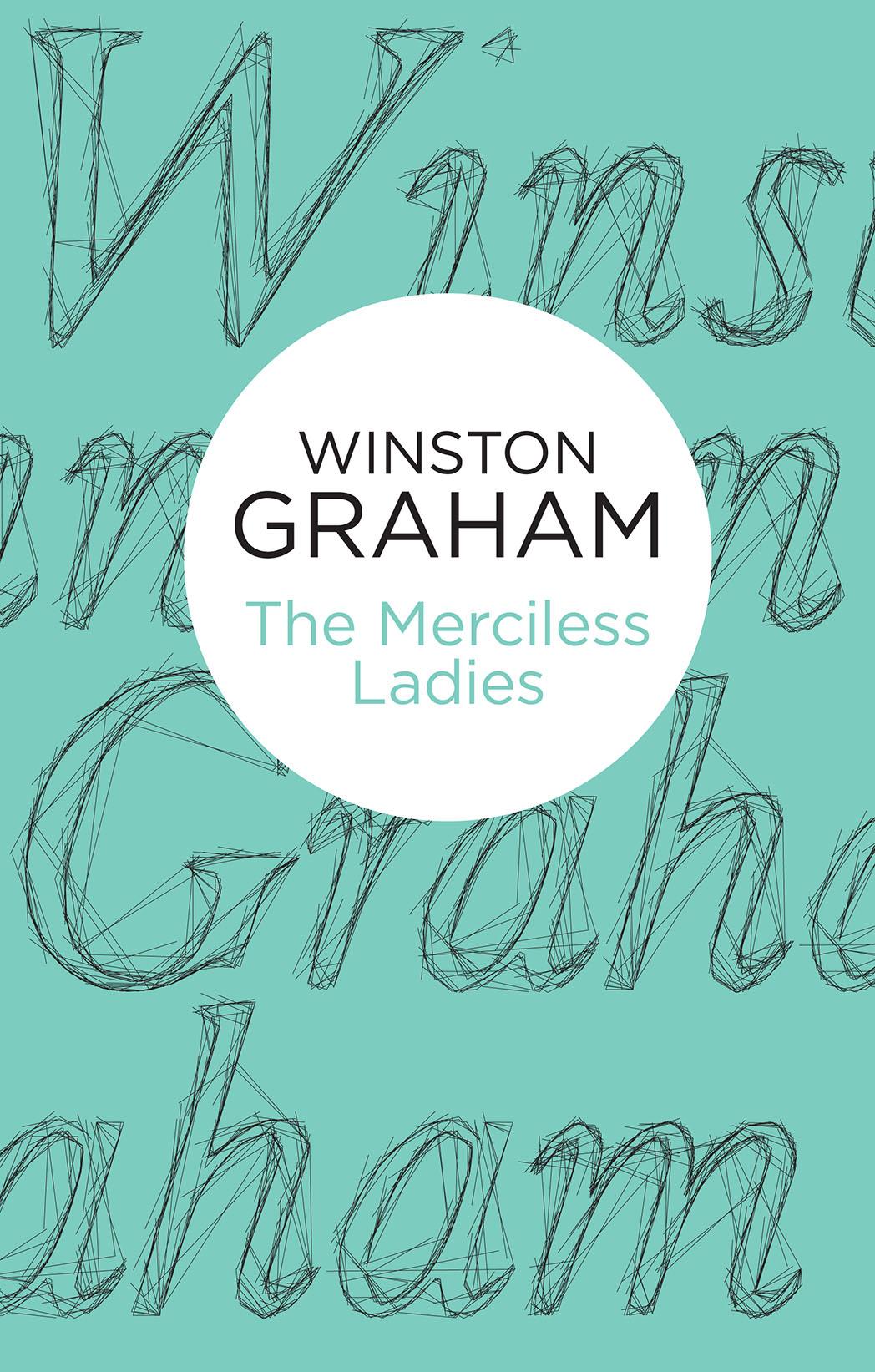 Three full-length books and a variety of articles have been written about Paul Stafford attempting to evaluate his life and work. To all of them I have refused to contribute or to offer co-operation. As I was his best friend, and remained so through all the vicissitudes of his career â and through I might say the perhaps greater vicissitudes of my own â it wouldn't be unnatural if I were supposed to have something to add to the comments he made about himself and to the history of his career as it appeared at times in the newspapers.

The reason I did not is an obvious one. At the beginning everyone I could have written about was alive; then many; then most; then a precious few. But now I am an old man. It's the privilege of an old man who has outlived his contemporaries to speak freely of a time now gone. (Though not, it seems to me,
so
far gone.) It is also his duty and his responsibility to be sure that his memory is. clear and to get his perspectives right. My memory happens to be excellent â and is reinforced by many notebooks I filled during the two years I was withdrawn from the world. Perspective is another matter. I can only aim for that, knowing that, however long I live, I can't achieve true detachment.

But as Paul might have said in another context: âTo hell with perspective: that's for amateurs.'

Even so I'd better begin with the Lynn family, as their part in all that happened is so important.

I met the two boys, Bertie and Leo, at my prep school and we went on to Turstall together. Turstall folded up between the wars, but at the time I speak of it was a flourishing if minor public school on the borders of Montgomery and Shropshire. It was probably one of the cheapest public schools in England and so attracted two different sets of parents â those who were making sacrifices to give their children a better start than they had had in life, and those who had come down in the world and yet would go to great lengths to see that their children, if not old Etonians, would be able to claim to be old Something-or-others.

In the very stable world of that time, and in such a school, it meant that an intense degree of snobbery existed, to which most of the masters themselves notably contributed.

Yet for a minor school it was not such a bad place. When one reads the accounts by famous authors, still living, of the goings on in the major schools they went to, one doesn't feel too upset at being deprived of their privileges. Of course at Turstall there was bullying and sneaking and surreptitious sex and terrible food, but none of it on the majestic scale they describe.

Practically run by the two housemasters, the school was presided over by a fierce old cripple called Marshall who seemed to do very little except take the Sixth in Greek and Latin, read prayers, smoke Woodbines in his study, and occasionally emerge to limp along the corridors and through the classrooms like a tattered grey bat with his gown flying, handing out lines and raps with his cane at the least excuse. Yet it was really all his doing that life there was tolerable.

If thirteen were a reflective age I might have wondered what the Lynns were doing following me to Turstall. Their father was attached to the new university of Reading and was doing research of some sort. One might have supposed him more ambitious for his sons. Bertie, the elder, was a quiet, modest, easy boy with a fair skin and long legs that always looked as if they'd just been washed. He was a keen runner and a good and stylish bat. Leo, the younger by eleven months, had dark hair that grew, Caesar fashion, over his big head and down his muscular neck. He was keen on music, talkative and self-absorbed, very generous, and quite without a sense of humour. He was also a romantic and prone to self-dramatization. Even at that age he loved abstract talk about questions which didn't much matter except as pegs on which to hang an argument. His problem was never lack of a subject but lack of someone to take him seriously.

They lived, I found, in a stone-built Georgian house standing in its own ovegrown grounds on a tributary of the Thames. When I first went to stay with them it was not so much that Dr and Mrs Lynn had forgotten I was coming that was disconcerting for the conventional thirteen-year-old son of conventional parents, it was that when I arrived and surprised them they didn't seem concerned to do anything about it. And all through the week they were constantly forgetting to lay a place for me at the table, or ordering one cutlet too few from the butcher. Had I stayed a second week the position might have improved, and this was later confirmed in a letter from Leo, who wrote, â Mother has been laying plates for you all this week and seems quite worried when you don't turn up.'

They were not really absent-minded, for they could remember things they needed to remember; casualness was at the root of the trouble and an ill-developed sense of responsibility.

That first night, after helping Bertie to make up a bed in the spare room and eating a supper even more frugal than those at Turstall, I didn't try to reason out their lack of hospitality. Dr and Mrs Lynn were awful, the house was worse than anything I had ever imagined, the child sister a wizened little gnome of a creature peering from behind monstrous spectacles. I couldn't imagine how they had bothered to write me an invitation. The sooner I made an excuse and went the better. Perhaps even an excuse was unnecessary. Nobody would notice I'd left.

But it happened that the following day was hot and sunny; flies buzzed against the window; we had fresh eggs gathered that morning; and through the trees a silver knife of river gleamed. So one day became two, two three, and soon the week was up and I'd rather enjoyed myself after all.

Dr Lynn was not of course old at that time, although he looked old to me. He was extremely tall and his appearance was disreputable. There was a workhouse at Felbury, and the main road from there to Reading ran near Newton. When Dr Lynn went for a stroll along this road, passers-by frequently mistook him for a tramp making his way from one institution to the next. His hair, already thinning, was seldom cut, and fell over his ears and over a collar freckled with dandruff. His pockets always bulged with notebooks. He was alive with pencils. His eyes were very keen and small and grey, his jaw long and his mouth wide with the lips narrow and clever. He had a dry wit of the type peculiar to scholars.

The most striking characteristics about Mrs Lynn were her height, her long jaw and her disreputable appearance. Husband and wife were sometimes taken for brother and sister. But Mrs Lynn was proportionately taller for a woman, and her untidiness in a woman was more noticeable. She had blue eyes, of a startling, vivid blue, wispy fair hair and a very high colour. Her voice was high-pitched and less attractive than her husband's. To see these two strange long-legged creatures gardening together like angular scarecrows, and conversing in English as it should be but seldom is spoken, was a study in the incongruous I was then too young to appreciate.

Mrs Lynn played the violin and took a few special pupils in advanced Greek and Hebrew. Dr Lynn had just resigned his post at the university in order to give his full time to research.

This must have been a financial sacrifice and I think, was the reason for Bertie and Leo's presence at Turstall. Money always seemed tight at Newton.

They had no domestic help. â Maids are such a bore', said Mrs Lynn. As a matter of course nothing was ever put away. Dishes and cutlery were washed when next needed. Books were thrust back on the shelves when there was no more room on the table for them. The grate was cleaned when the next fire became necessary. Curtain-rods and pictures generally contrived to be aslant, and carpets would get a kink in them which nobody bothered to put right. The house was lit by gas produced from a private plant in an outhouse, which Dr Lynn tried to keep in order. The innumerable candles propped up and stuck to the mantelpiece in every room testified to his failures. Empty soda siphons were everywhere: nobody touched intoxicants, but everyone drank fruit juice or barley water fizzed up. Crockery was much cracked and most cups were without handles. In every corner was dust. A certain amount of work was done in the house, but it was undertaken to remove a nuisance and, like the gardening, was always an attempt to catch up, never the anticipation of necessity.

Flesh-Eater (Book 1): Fear the Fever by Broadbent, Stacey
Once Upon a Valentine by Stephanie Bond
War Games by Audrey Couloumbis
My Year of Epic Rock by Andrea Pyros
BEFORE by Dawn Rae Miller
ClarenceBN by Sarah M. Anderson
The Wild One (Forever Wild #3) by Vernon, Magan
Starry Nights by Daisy Whitney
A Song in the Night by Julie Maria Peace
Water and Fire by Demelza Carlton