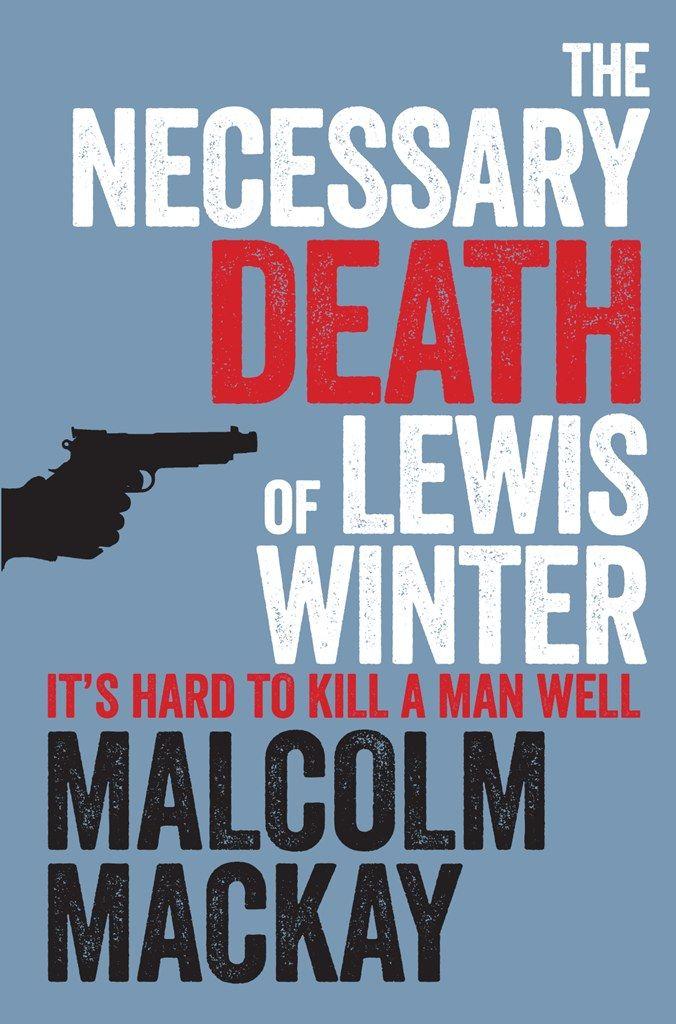 Calum MacLean
– A twenty-nine-year-old gunman, living in Glasgow. Freelance; life is better alone. How long can that last when you have his talent?

Peter Jamieson
– He’s worked hard and smart to build his little empire. Still growing fast, and he needs the best people to do his dirty work if
that’s to continue.

John Young
– Jamieson’s right-hand man. Sharp as a tack. Loyal, conscientious; twenty years side by side will do that.

Lewis Winter
– Twenty-five years of criminal activity, and still near the bottom. One good deal can change all that. Change everything.

Frank MacLeod
– Gunman for Peter Jamieson. The best, frankly. But you can’t fight age. You pass sixty, and things need replacing, like a hip.

DI Michael Fisher
– It takes dedication to fight organized crime. You pursue the bad guys, whoever the hell they are.

Hugh ‘Shug’ Francis
– Ambition means wanting more, even when you have enough. A car ring is enough, the drug trade is so much more.

Zara Cope
– It’s not the life she’d have chosen, an older man wanting her to settle down. But Winter’s a good man, learning to fight
for more, and she likes that.

Nate Colgan
– You do what Nate tells you, when he tells you. Even his employers know that. Only his daughter, and maybe her mother, Zara, think
differently.

George Daly
– Unconventional muscle. Be a good friend and keep your head down. Pray for no promotion. Responsibility is deadly.

Martin ‘Marty’ Jones
– Loan shark, pimp, pain in the arse, profitable. That last one is why people suffer him.

Kenny McBride
– Being a driver for Peter Jamieson isn’t hard. All you have to do is know the way and not screw up.

William MacLean
– Thirty-one and he runs his own garage. Not a bad achievement. If only he didn’t have to worry about his little brother Calum.

PC Joseph Higgins
– Not an obvious young cop, with his rough family background. But he works hard, and works quietly.

Stewart Macintosh
– You’re in your early twenties, you’re free and single. Of course you’re going to go out and have a good time.

David ‘Fizzy’ Waters
– He’s been working on cars with Shug since they were in school. Always backing him up, no matter what.

Glen Davidson
– A freelance gunman, looking for something more profitable. Not subtle, but very, very confident.

PC Paul Greig
– A lot of people don’t trust Paul. Probably why he’s still a PC at thirty-eight. But there are few who know the streets
better.

Tom Shields
– Another young guy, just looking to have a good time, much like his flatmate Stewart.

Neil Fraser
– Typical muscle. Big and angry. Blunt of fist and blunt of mind. A useful employee for Jamieson.

PC Marcus Matheson
– A young cop, so bright and determined. A lot will depend on who he learns from.

Adam Jones
– Manager of Heavenly nightclub. It hasn’t earned its name, but like his brother Marty, he’s profitable.

Norman Barnes
– A lawyer. He takes what cases he’s given, and they’re rarely anything pleasant.

DC Ian Davies
– Retirement isn’t too far away if he can keep his head down. The joy of working under Fisher is that Fisher doesn’t trust
others to do much of the work.

It starts with a telephone call. Casual, chatty, friendly, no business. You arrange to meet, neutral venue, preferably public. You have to be careful, regardless of the caller,
regardless of the meeting place. Every eventuality planned for, nothing taken for granted. Tempting to begin to trust; tempting, but wrong. A person could be your friend and confidant for twenty
years and then turn away from you in an instant. It happens. Anyone with sense remembers that bitter reality; those without sense will learn it.

Saturday afternoon, football on the radio in the background, sitting on the couch with a book.
The Painted Veil
by William Somerset Maugham, if you must know, and he’s fascinated
by it. It has lured his attention away from the radio; he doesn’t know what the score is any more. The older he gets, the less important that seems. The telephone rings – landline, not
mobile – taking his attention away from everything. A marker placed across the line he’s on (never fold the page to mark your place), and he’s getting up.

‘You know, same old. Been a while since we saw you down the club. Thought I’d call you up, see how you were. You keeping busy?’

‘Busy enough. Comes and goes, you know how it is.’

‘I do that. You hear about old Frank MacLeod – in having his hip done? Yep, out of the world for a few months at least. Hell of a thing, for a guy so active.’

‘Sure is. Can’t picture him with his feet up. Be good to see you again, Cal, been too long. You should come down the club tomorrow, after lunch. We’ll shoot a few frames of
snooker, have a few drinks. Be fun.’

‘Sounds like a plan. I’ll drop by about two-ish.’

The clues are all there if you care to look for them. Perhaps you don’t care to; most people don’t. A casual conversation: two people who know each other on a first-name basis,
without being too close. Friends who see each other on a weekly rather than daily basis. Friends who don’t care. Phone calls like that are made so often, so why care? It’s a job offer.
A very definite offer of something long-term and lucrative. Does he want long-term and lucrative?

Small flat, small car, small savings, but always enough. He works for need, not luxury. Long-term means risk, and risk is to be avoided. There are gamblers in the business, but they all lose
eventually, and the cost is final. So don’t gamble. You don’t need to. There are two reasons why people do: one acceptable, and one not. The unacceptable reason is greed, the prospect
of more money, which they don’t actually need. The other reason is the thrill, and that’s different.

He hasn’t been in the club since he heard about Frank’s operation. Old man goes into hospital to have hip replaced. It’s no news to most. Those who know Frank – what he
does – know different. He’s old, but he’s still great, still important. Like a boxer who loses speed but learns tactics, he’s as dangerous as he has ever been. He’s
from a generation ago, the golden-olden times before the intrusion of modern technology, modern policing and modern sensitivities. So many were left behind. Time marched, but Frank had always moved
a step faster. The work he had done in the past was still needed, just the process was different. Now he was gone, for a few months at least, and would have to be replaced. He would be replaced by
a younger man. A short-term replacement, for now.

Now Calum can focus on nothing. Another job is another job – nothing more. That doesn’t concern him. Being enveloped in the suffocating bosom of the Jamieson organization concerns
him. For the likes of Frank MacLeod, it was comforting, a guarantee of work and security. For Calum MacLean, it’s a threat of enforced regular work, a loss of freedom. What is worth that?

The club is in the city centre, a small entrance leading into a large building. Nobody on the door on a Sunday afternoon. Usually a handful of people in at the bar, upstairs at
the eight snooker tables. Not today. Today on the door a sign:
Closed for cleaning
. A tatty sign, trotted out every time privacy is required. Suspicious, obvious, but people didn’t
ask questions. Calum ignores the sign, opens the door and walks in.

It always seems dim inside, even with every light on. On his right he can see the large, scuffed dance floor, and on the far side the DJ’s booth. There’s a bar running the length of
the side wall, gaudy lighting, bottles of every variety – none that he likes. He doesn’t drink alcohol, although he’s never understood in his own mind why. Self-control, most
probably. It’s not a moral thing. He loathes the club too, loathes that lifestyle, the sweaty cattle market, the pointless racket. It always came back to him that he hated it because the
point was to attract women, and he isn’t deemed attractive to women, no matter how dark it is.

A wide carpeted staircase in front of him, short steps that are easily misjudged. A lot of people have tripped going up them, overreaching. Calum is always careful, fearful not of being hurt,
but of looking stupid. At the top of the stairs is a pair of wooden double doors with rectangular windows. He pushes one open and steps into the snooker hall. Eight green tables, two rows of four,
plenty of room between each. Scoreboards on the walls, little machines beside each one. Pay a pound, get thirty minutes of light on your table. They make little money, not enough to justify the
space they require, but they’re one of Peter Jamieson’s bewildering array of improbable passions. There’s a bar against one wall, small, old-fashioned. No flavoured vodka here,
just beer and whiskey. It’s closed today. Cleaning, apparently.

‘Fine.’ He’s walking across to the cue rack and picking one out. He’s wearing jeans and a T-shirt; he can only play well in a T-shirt. Sleeves get in the way.

Young shoves all the reds back into the centre of the table and racks them in the triangle. He carefully places the balls on their spots. Everything precise, placed by a man who plays often, and
plays with a serious partner. ‘Good weather out,’ he finally says.

Young bends, lines up the shot and hits it. Only one red runs loose, the white coming right back up the table. Safe – a break to make the next shot difficult. No letting you win.

It stays serious until it becomes obvious that Young is going to win, and easily. Calum has effort, Young has skill, and it takes ten minutes for those two to be widely separated. Then talk.

‘You been working for anyone lately?’ Young asks. This is the first real mention of business, the first open acceptance that this is what the meeting is really about.

The question is misleading. Calum works, he has to. What Young wants to know is if he’s been working repeatedly for the same person, or just drifting around. He probably knows the answer
already; he wants to see if Calum can surprise him. He can’t.

‘No. Bits and bobs. Freelance. As ever.’