Read The Not So Secret Baby Online

The Not So Secret Baby 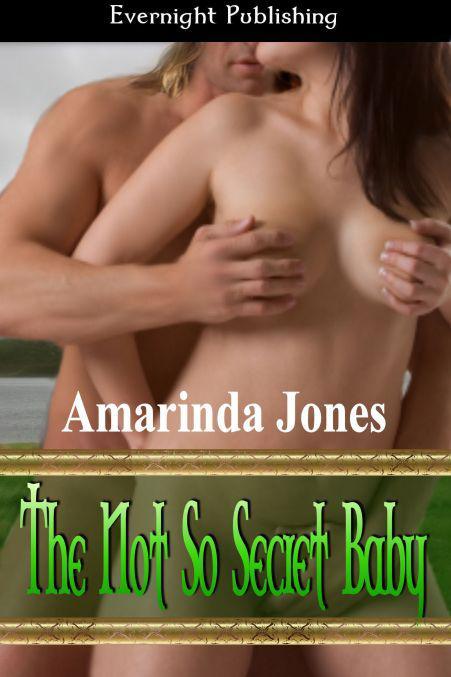 THE NOT SO SECRET BABY

“I’m pregnant.” Those were the last words Izzy Mack ever expected to say. She turned to her friend and waited for the response.

Yeah, that about summed up Izzy’s own reaction when she first read the home pregnancy test. It was only when her doctor confirmed it that she had been lost for words. Izzy pushed the shoulder length brown hair from her neck. It was hot and sticky in Cairns. Long hair and humidity didn’t mix in the tropics.

“I just don’t understand how it happened.”

“I mean I’m on the pill. He used a condom.” Unexpected pregnancies happened on soap operas and in terrible millionaire-Arab-sheik-seduces-the-wholesome-virgin-nurse romance books.

“Nothing is foolproof, Iz. Condoms tear and the pill isn’t always magical in its ability to stop the body doing what it’s programmed to do.”

“Yeah, you never think it will happen to you.”

But it did. Izzy, at thirty-two years of age, was preggers, up the duff, and had the proverbial bun in the oven. She thought back to the man and the moment. That was easy to do. There had been no other lovers in her life since that night five weeks ago. In fact, none for months before that. Izzy had gone cold turkey on men. While she enjoyed sex, she wanted more. And then Izzy met him.

“They all do, honey, when they want sex,” quipped Cilla.

“Yeah, I know but still there was something—”

“Princely about him? Did he have a black credit card?”

Her friend waved her hands in the air. “Oh you know. When Prince Fredrick of Denmark met Aussie girl Mary Donaldson he pulled out a black credit card and everyone knew he was a prince.”

“That wasn’t what he pulled out that caught my attention.” Izzy’s mind went back to that night five weeks ago. She had just finished work at the restaurant where she waitressed when she ran into—literally—a tall, blond man as she dashed out to catch a taxi. Izzy had grabbed hold of him for support as her weak ankle buckled under her and she started to fall. Strong arms had wrapped around her waist to steady her.

The strong Irish lilt made her catch her breath and look up at the man who held her.

“Um…” Her eyes roamed over the chiseled features. He wasn’t classically handsome. His jaw line was too strong, his nose crooked as if broken one too many time, and the scar that ran from his nose to his right upper lip made him look dangerous yet sexy. This was a man who had lived life. “I, er…” Normally Izzy was confident and articulate. Normally she wouldn’t have lifted her arms so her hands could rest on his shoulders while her fingers moved to touch the softly tangled blond hair that was caught up in a leather cord. But this wasn’t a normal moment or man.

“Are you okay?” He looked at her in amusement.

“Oh yeah.” Izzy hadn’t been held against a strong, male body in months. Her fingers threaded through the ends of his hair.

“It’s sexy.” Izzy liked men. She liked sex. She wasn’t going to pretend otherwise. There was nothing better than a male body stretched out over hers as his dick surged up inside her.

“’Wanna feel it brush against your skin as I take you from behind?”

If any other man had said that, she would have considered it a sleazy pick up line, but the soft Irish lilt made her shiver at the sexiness of his tone. “If I said yes, would you think me a slut?”

“I would only think myself very lucky.”

There were so many reasons not to say yes. He was a stranger. She was tired. From her experience, one-night stands never ended well. Izzy looked into his dark brown eyes and was caught and held. It was a moment every woman recognized as being something she couldn’t walk away from. Yes, it was about heat and lust, but there was something else there. Something about the Irishman called to her. “Yes.”

“Yes, what?” His voice was husky and low.

“Take me from behind.” Izzy wanted to feel the heat of the blond stranger surging up inside her.

His hand curled around her. “My name is Sinyn.”

Izzy shrieked as he removed his dick from her cunt and pushed the wet, bulbous tip into her anus. She gripped the hotel sheet beneath her and arched her back to give him access. If anyone heard her cries, she cared little. This was all about giving in to need and letting go.

“Sweetheart?” He leaned over and whispered in her ear. “Tell me if it hurts.”

His warm breath on her neck and his hair brushing her skin made her shiver. It competed with the harder sensation of throbbing, stiff cock taking over her body. Izzy already felt like her body had been split in two from the hard, possessive ramming of his dick deep within her cunt. She ached with the feeling. Izzy had come so many times she had lost count. Never had that happened before. This man was well aware of how to please a woman. Izzy knew after being with Sinyn she would remember him every time she sat down.
And I want that memory
.

Izzy moaned as the length of his shaft pushed inside her. “Oh, Sinyn.”

“I love the way you say my name, sweetheart.” His fingers moved around to her clit and started rubbing the hard pink nub.

Some men knew how to fuck with purpose. Sinyn was one of them. He took and he gave. Each thrust shook her body, and her clit was on fire from his fingers. She bucked against his hand wanting more. He seemed to understand that and began ramming harder into her ass. His fingers moved faster. Izzy closed her eyes and allowed him to do whatever he wanted.

“I want to come,” he murmured against her shoulder as he kissed and licked her skin.

“So come.” They had used condoms. She felt safe and protected within his embrace.

Sinyn halted mid thrust. “Are you sure?”

As his dick slid from her ass she felt pain yet also a strange emptiness. She watched as he ripped the condom off. It landed near the small wastepaper bin with the others. Five in all. A record for Izzy. But then this man had a stamina others didn’t.

Izzy pushed him back on the bed so he lay flat. She got to her knees and fisted his dick. It was beautiful. Long, straight, and delightfully pink. She had always been fascinated by the tip of a dick. It was soft and smooth and the perfect treat for a woman. Izzy leaned in and licked it.

Sinyn groaned. “It won’t take much to make me come.”

“That’s a shame. I wanted to play some.” She sucked the head inside and tongued it slowly. Her eyes went to his. The sheer pleasure Izzy saw made her wrap her hand around the top of the shaft. She moved her hand in time with her mouth, sucking the dick head inside then slowly releasing it from between her lips each time as if reluctant to let go.

“Bloody hell.” Sinyn sat and pushed her from him. “I used to think I had control, but with you? I have none.” He got to his feet and stood on the bed, his hand around his dick.

“Oh, sweetheart,” Sinyn groaned as he did.

“You’re beautiful,” he murmured as he dropped down beside her, spent and hot. Sinyn’s mouth met hers and he kissed her with slow, lingering deliberateness as his hands roamed her sticky flesh.

Izzy licked the scar at the top of his lips. “How did that happen?”

“A fight with my cousin. I ended up being pushed out of a tree house and I landed on rocky ground.”

“Who are you?” This was no normal tourist who visited the tropics. This man had an indefinable quality about him.

“Would you believe me if I said I’m the prince of a small island country to the southwest of Ireland?”

She looked at the lovely man beside her. Was he a prince? Maybe. The thing was, it didn’t matter to her. She had enjoyed Sinyn. “Tell me about this island.” She listened as he told about Inis Daire, pronounced Inis Derry.

“Inis means island and Daire means an oak grove. My homeland is renowned for our oak furniture. I came to Cairns because I was told to come. The local seer. She decreed I would find my future here.”

Interesting.
“And have you?”

“Maybe,” Sinyn murmured against her lips.

Izzy shook herself. She had been overcome by the memory of the man and the moment. “Who knew I would be left with a souvenir?” That she was pregnant was undisputable. That she was going to have the baby, a no-brainer. But the man?
Hmm…

She picked her purse and thumbed through the section where she kept business cards, measurements for things she had no idea what there were for anymore, and a blister pack strip of aspirins. “He gave me this before he left.” She pulled out the plain, simple, white card with his name on it.

Cilla took it. “Sinyn Donnelly. Was he very sinful?”

Oh yeah
. Izzy’s face got hot just thinking about what the man could do. “Sinyn’s an Irish name.” She thought back to his words from that night. “It means strong.”

“Are you going to call and tell him about the baby?”

“I don’t know.” Izzy had mixed feelings. Part of her acknowledged she was perfectly capable of bringing a child up on her own. She didn’t need a man and especially not one who would feel he ‘had to’. The other side was she had grown up without a father. It had been a strange, lonely existence depending solely on a drug dependant junkie mother who couldn’t look after herself, let alone a child. She always wanted to know who her father was. Izzy had dreamed on cold, hungry nights when her mother had been too out of it to form sentences let alone walk that her father would ride in on a white horse and save her. But dreams never came true and Izzy had learned fast to look after herself and depend on no one.

Red Phoenix by Kylie Chan
Beyond Innocence by Barrie Turner
Not Cool: The Hipster Elite and Their War on You by Greg Gutfeld
Dying Days 2 by Armand Rosamilia
Carrier Wave: A Day Of Knowing Tale by Robert Brockway
Inside Out by Grayson Cole
Special Ops Exclusive by Elle Kennedy
Tough to Tackle by Matt Christopher
Levels: The Host by Peter Emshwiller
Reckless Runaway at the Racecourse by Ros Clarke