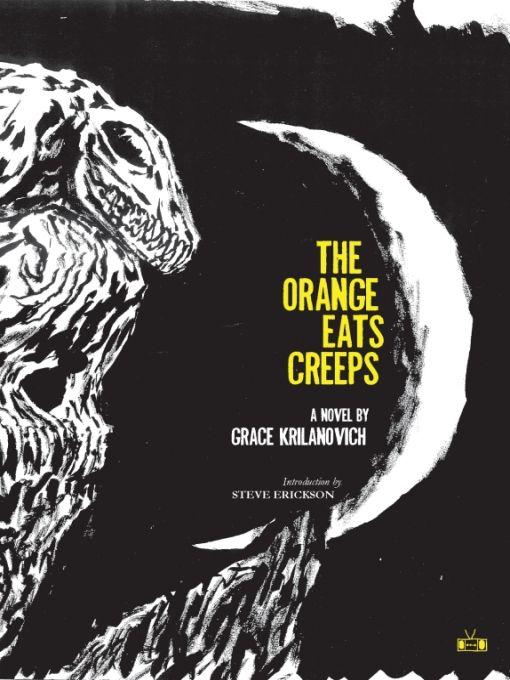 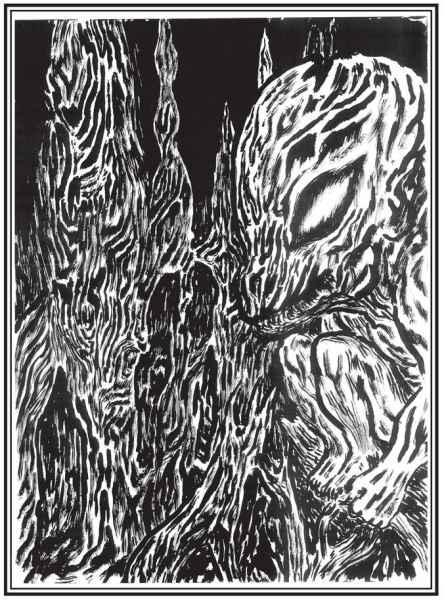 TWO DOLLAR RADIO
is a family-run outfit founded in 2005 with the mission to reaffirm the cultural and artistic spirit of the publishing industry.

We aim to do this by presenting bold works of literary merit, each book, individually and collectively, providing a sonic progression that we believe to be too loud to ignore.

INTRODUCTION
THIS IS A VORTEX OF A NOVEL. It’s a novel that takes leave of not its senses but rather of
sense
, and it demands the reader do the same. This novel is an onslaught, a bombardment before which attempts at refinement must be doomed. Calling a novel “dangerous” is a cliché but this one actually may be; in the years since I’ve become aware of it, when Grace Krilanovich first began composing it in blurts that caught people’s attention including mine, there are those who have tried to discourage its authorship. But it’s a book that seethes with defiance, written by the only sort of novelist worth reading: one committed to a vision that abides no agenda. Here is a book that insists on its glorious disarray, that finds in disorder a ravishing path to truth.
I’ve never been sure if the young “vampires” who roam the northwest netherland in
The Orange Eats Creeps
are really vampires, and long ago I realized it doesn’t matter. Now of course there is a cultural vogue for vampires that can only exhaust itself sooner rather than later, and when it does, Krilanovich’s novel will be the one left standing, transcending trends it predated. Suffice to say
The Orange Eats Creeps
is not in the tradition of any contemporary writer popular or otherwise; it can’t even be read as an answer to anything. It’s too singular for that. To the extent that it has a tradition or cares about one, it’s the tradition that began with Blake and has continued through Coleridge, Brontë and Baudelaire, Barbey and Huysmans, the expatriated anarchists of the thirties and the untethered Beats of the fifties, the punk poets of the seventies and early eighties (Iggy and Patti, Richard Hell and Exene Cervenka and Henry Rollins, if not necessarily those people). A vampire novel then as Céline would have written, with dashes of Burroughs and Tom Verlaine playing guitar in the background: hallucinatory, passionate and gorgeous,
hardcore
by all the best definitions of the word.
Twilight
this isn’t.
I’m probably getting too old to speak for the times, so I won’t guess as to how this novel speaks for them. I think it can be called a romantic novel, if you want to, but if so then it’s the romanticism of excess — of experiential derangement and a carnal nihilism that reveals itself as an act of liberation before it’s exposed as an act of courage. A young nomad haunted by visions of her lost sister searches for something she can’t identify, driven by a nearly feral instinct that will know what she’s found only when she’s found it. The woods she infests and the beaches she crosses are filled with wild music, wilder oaths and their subsequent betrayals, the wildest silences and the whispers that finally rupture such silences. The narrator falls into and out of the company of other young subterraneans. I think there’s love in here but that may be sentimentalism on my part. What there certainly is is a pulse, an arterial
signal
, a viscera of the psyche, and though for some the intensity and boldness may be a shock, for the rest of us the exhilaration of such a novel is nearly beyond calculation.
For some time now — thirty years, maybe fifty, maybe for as long as the prospect of nuclear oblivion raised questions about relevancy that the noir of the forties and the bebop of the fifties and psychedelia of the sixties answered just by their being — North American fiction has struggled for a way to matter. Sometimes the struggle has been heroic and sometimes it’s been stillborn, in an afterbirth of defeatism, throttled by the umbilical of obsolescence. Without question, since the eighties our fiction has become either pronouncedly theoretical or, like so much of the culture, seduced by the kind of branding that communicates as shorthand. Except for passing references to dank-lit convenience stores that no one will mistake for glamorous,
The Orange Eats Creeps
evokes a limbo that’s narcotic and dream-blasted and could be Anywhere, Anytime except for the anxiety that feels as primordial as it does twenty-first century. No one can say for sure when fiction will take its next evolutionary turn. Perhaps it already has, sometime in the last quarter century, under our noses. Perhaps that turn is to the semiotic — good news for the theoreticians but not so much the rest of us. If, however, the pivot is to something else then let’s hope rather it’s a fiction of open wounds, like this savage rorschach of a book etched in scars of braille. If a new literature is at hand then it might as well begin here, at the eye of this vortex that strands us in a new home.
Steve Erickson
April 2010

DISLODGED FROM FAMILY AND SELF-KNOWLEDGE and knowledge of your origins you become free in the most sinister way. Some call it having a restless soul. That’s a phrase usually reserved for ghosts, which is pretty apt. I believe that my eyes filter out things that are true. For better or worse, for good or merciless, I can’t help but go through life with a selective view. My body does it without conscious thought or decision. It’s a problem only if you make it one.
SAFEWAY AT SUNRISE: WE STORM THROUGH THE doors; totally wasted we run for the back, behind the scenes. We barricade the door so Josh can menace the bag boy. What would happen if you harnessed the sexual energy of hobo junkie teens? The world would explode and settle on the surface of another planet in a brown paste, is what. Cockroaches would lick it up and a new wave of narcissistic gypsy-slut shitheads would hatch out of tiny pores on their backs.
THE SUN IS SETTING. THE HOBO VAMPIRES ARE waking up, their quest for crank and blood is just beginning. Over the course of the frigid night they will roam the area surrounding the train stop looking for warm bodies to suck, for cough syrup to fuel a night of debauched sexual encounters with fellow vampires and mortals alike. They distribute sexually transmitted diseases like the daily newspaper but they will never succumb, they will never die, just aging into decrepit losers inside a teenage shell. They have a sense of duty to their habit and their climax — twin addictions that inform their every move. They are lusty, sad creatures, these Slutty Teenage Hobo Vampire Junkies. They traverse the Pacific Northwest’s damp, shitty countryside, forests and big trees, the dusty fields and gravel pits clearing a path of desolation parallel to the rail lines of Oregon and Washington, the half-blown-out signs for supermarket chains in strip malls featuring exactly one nail place, one juice-
slash
-coffee place, and one freshmex-type grill chain restaurant. Here everything is coated in brown-grey paste like moss at the bottom of a crappy tree… There’s lots of pollen around the supermarkets: Safeway, Albertsons, Ralphs. I always enter on the deli side. Here’s how I do it: grab a basket, put in one
Us
and one
People
magazine. Go to the magazine aisle. They never put
Us
or
People
over there but that’s where I like to look at it. The spaces in front and behind supermarkets are special. Our favorite spaces: parking lots, bus stations, free clinics, forests, public bathrooms, mall parking lots, foodcourts, behind diners, 7-Eleven coffee stations, SPCA kitten rooms, yard sales, pancake breakfast at the senior center, etc. We like smoking in restaurants; we like taking showers drunk.
We are sluts. Wenot only devour each other, but webite, hard. We’re blood-hungry teenagers; our rage knows no bounds and coagulates the pulse of our victims on contact. We devour them too; the bodies of mortals become drained when they reach our fangs. Our cause is nothing, we believe in nothing. Actually, we believe in Methamphetamine. I’ve been living off crank, cough syrup, and blood for a year now. I ride the rails with a bunch of immoral shitheads, hopping freight trains, secreted away in rail cars across this country. We have no home, no parents. I can’t remember being a child, maybe I never was one. But I’m sure I’ll never die; I get older, my body stays the same. My spine breaks, and then gets back together. I have the Hepatitis, I give it to everyone, but it never will actually
get
me. Our kind doesn’t die from anything, all we do is die all the time.