Read The Other Side of Summer Online

The Other Side of Summer

BOOK: The Other Side of Summer
>>DOWNLOAD HERE >>READ ONLINE NOW
ads 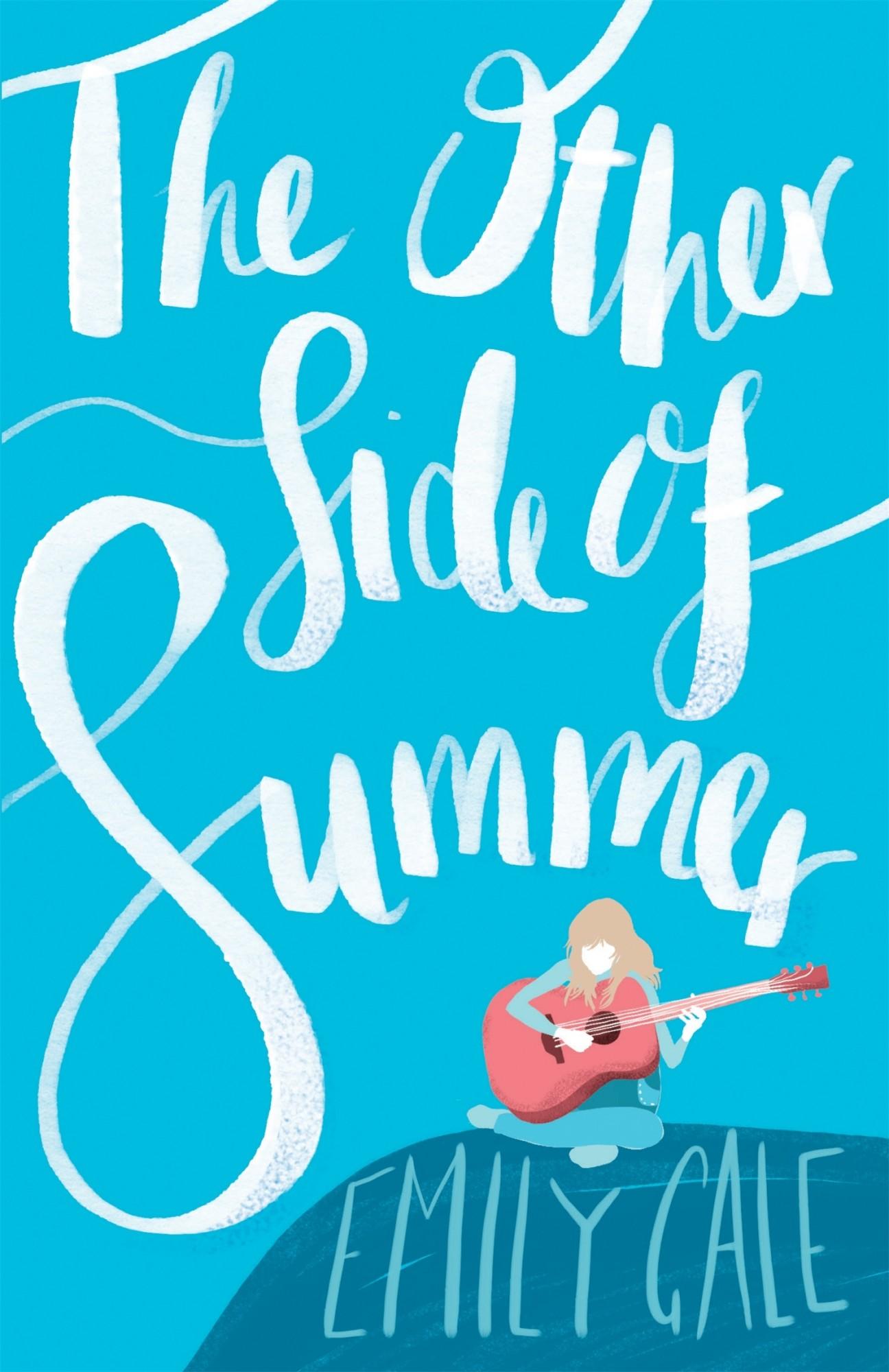 This sweet and spellbinding story about family, friends and believing in yourself will warm your heart.

Summer is trying to recover from a tragedy, but it seems impossible when her family is falling apart around her. Having an extraordinary best friend like Mal helps a little, but Summer’s secret source of happiness is a link to the past: one very special guitar.

Now her dad’s plan to save them is turning Summer’s life upside down again. The next thing she knows, they’ve moved to the other side of the world.

In Australia, Summer makes an unlikely friend, who seems to be magically connected to her guitar. Is this for real? Has a mysterious boy been sent to help Summer? Or could it be the other way around?

the other side of the story

the other side of a friend

the other side of the plan

the other side of despair

the other side of Mum

the other side of laughter

the other side of the room

the other side of quiet

the other side of goodbyes

the other side of the world

the other side of twelve

the other side of a name

the other side of a crowd

the other side of the fence

the other side of a song

the other side of the creek

the other side of Bee

the other side of losing things

the other side of midnight

the other side of suspicion

the other side of a ghost

the other side of knowing

the other side of me

the other side of time

the other side of courage

the other side of normal

the other side of the door

the other side of the moon

the other side of the bridge

the other side of chance

the other side of cyberspace

the other side of Wren

the other side of a hiding place

the other side of the street

the other side of a question

the other side of waking

Part Three: One and a Half Years Later

the other side of Christmas

the other side of us

the other side of Summer

For my small but mighty girls:
my daughter, Madeleine, and my sister, Eleanor

Hope is the thing with feathers
That perches in the soul,
And sings the tune without the words,
And never stops at all.

And above all, watch with glittering eyes
the whole world around you because
the greatest secrets are always hidden
in the most unlikely places.
Those who don’t believe in magic will never find it.

The doorbell pierced the grim quiet of our house. Nobody moved. I knew this even though I couldn’t see the others. Our house stirred and breathed with us like old places do. I imagined us four freezing in our separate roosting spots. We, the Jackmans, were never called on unexpectedly anymore.

The doorbell rang again. This time I heard the house fidget. As I poked my head around the doorway of the living room I saw the others coming out of their hiding places. Dad and Wren downstairs like me, and Mum on the upstairs landing, peering over the railing. I told myself it would be the postman at the door, or someone selling dishcloths.

It was the police.

‘I’m Detective Constable Patel and this is Constable Brooks. Sorry to disturb you on a Saturday.’ She spoke gently and with concerned eyes, which we were used to.

By now, my sister was beside me. The police officers gave her a look. Most people did.

They’d come to return our lost property: an Ibanez Artwood. It was a dark brown guitar with a burst of orange around the bridge that bled outwards like a fierce sunset. We’d thought it was lost forever. It was supposed to have been blown to pieces, turned to ashes. But there it was. Whole.

‘It’s been assessed and catalogued,’ said one of the officers.

I wasn’t paying attention to whichever one of them was speaking. My eyes were on the Ibanez Artwood, returned to us from the dead.

After they’d gone, Dad laid the guitar in the solid case that had been sitting empty for weeks.

How? I thought. I remembered all the times Mum had shouted at Floyd not to take his guitar busking without a case. This was usually when he was already halfway out the door. He’d smile and say, ‘Don’t worry, Mum. I’ll be careful with it.’

Having the guitar back was like returning to the day when we’d lost my brother. I don’t think Floyd and his Ibanez Artwood had ever been separated before. Now we had one without the other.

The rest of my family scattered to deal with a new wave of pain. Dad went to the kitchen table with his laptop. All I could see was his face poking over the top, as unreadable as an old gravestone. Wren claimed our bedroom – which made it out of bounds to me. Mum shut the door on hers and the low, moaning sounds she made scared me more than anything.

So I stayed in the living room with the Ibanez Artwood.

The guitar case had a purple velvet lining. Somewhere there was a photo of me curled up inside it like a caterpillar in a cocoon, grinning at my brother, who had been behind the camera. I felt a shiver and closed the lid.

That night I couldn’t sleep. I crept downstairs when the house was free of Jackman noises, when the only
sounds were the old pipes and the fridge. Kneeling by the case, I flicked the catches open, then stopped.

What did I hope for? A message? A sign?

I could remember two things about my sixth birthday party. The first was the cake: a bright red, lopsided toadstool with tiny fairy figurines dancing underneath it. The second was watching Floyd make our cat disappear in a magic box. He’d lowered her into it, closed the lid, spun the box around and hey-presto! No Charlotte. Even after I knew about the mirror and the secret compartment, I still thought my big brother was capable of things that ordinary humans weren’t.

I opened the lid of the case and felt almost surprised to find the Ibanez Artwood still inside.

I lifted it out, careful not to touch the strings. To hold it was one thing but to hear it would break me apart.

Its curved body was a tight fit between my lap and my chin. Floyd had been teaching me to play on his spare since I was ten. That one was a little smaller and had always lived on a hook in Floyd’s bedroom. His door was permanently shut, now. In my imagination, opening it would release our horrible screams of that first day. Music had been the last thing on our minds since Floyd had gone. But here it was again in the shape of the Ibanez Artwood. I couldn’t help following the guitar’s trail back to Waterloo Station.

The bomb had been inside the big clock, hidden in the space between the four faces. We didn’t know what Floyd had been doing there that day. Maybe that made it worse for us, but it was hard to tell when it was already this painful. Too often I thought about the moment the bomb exploded.

I imagined time had held its breath, then, as I was doing now. I pictured mixed-up matter flying in all directions. Yet random objects had survived, completely whole. For example, the Ibanez Artwood. Who could explain to me how that could be, when bones had splintered violently into dust? Tick, you’re alive. Tock, you’re dead.

I rested my cheek on the guitar. It was a survivor. The guitar that never left Floyd’s side was somehow in the right place at the right time, even though it had been in the hands of my brother, who was in the wrong place at the wrong time.

The Ibanez Artwood had to be back for a reason. It was so familiar but now it was also strange, like lost things are once they’re found, because it had been somewhere I hadn’t. Somehow I knew its return was the sign of a different, unexpected ending. Suddenly it felt like more than an object, more than mahogany and steel, almost warm-blooded.

In that moment I decided it was my brother’s epilogue, and I wasn’t going to let it out of my sight.