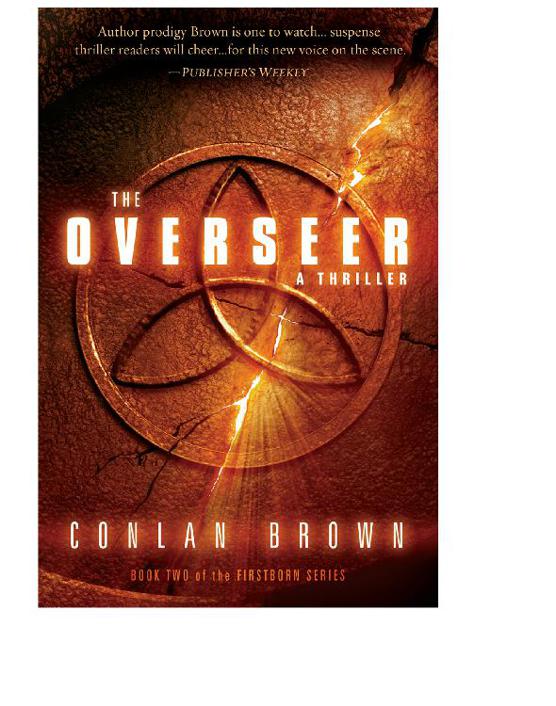 This book or parts thereof may not be reproduced in any form, stored in a retrieval system, or transmitted in any form by any means—electronic, mechanical, photocopy, recording, or otherwise—without prior written permission of the publisher, except as provided by United States of America copyright law.

For Mom and Dad:
I am truly blessed

S
CREAMS RANG OUT
from the rain-soaked street.

Feeling the horror rise, Hannah fell to her knees in the pounding deluge, hands touching the ragged edges of the craterlike pothole.

The impact of the car splashing into the pothole.

Frightened girls torn from the car—thrown to the wet street.

Thrown into another car.

Tires shrieking into the stormy night.

One man remaining in the street.

Thunder cracked as the images disappeared with the flash. Lifting her head, she looked around, the thick spring storm churning around her.

Already gone from the world—but the street remembered— and Hannah could still hear them calling out from the past. She was their only hope now—the one person who realized that these girls had been conned and taken. The only person who could follow a trail snaking backward through the past— a trail that had gone cold to the negligent, rain-drenched world.

Hannah Rice looked to her right and saw the liquor store. That was where he had gone—the man with the dragon tattoo. Just through those doors. Hannah breathed in with resolve and walked toward the lights of the liquor store—

Hannah pushed the soaked hood of her sweatshirt off her head and looked around.

She had never been in a liquor store before. The floor was white like a supermarket—but none of the same sweet, homey smells were here. No bread or fruit. Simply rows of metal racks, stocked with a forest of bottles. The sounds of clinking glass and cooler doors opening and closing filled her ears. An older man in a plaid shirt and a wiry blond beard approached the door, looking her up and down out of the corner of his eye.

For being in a seedy part of New Jersey, the store was big and fairly clean. Hannah looked around, waiting for someone to realize that she was only twenty and have her sent from the premises in handcuffs and a swirl of red and blue lights. The only looks she received were lecherous at best. She pulled her jean jacket close, pressing the metal buttons into place with little pops that seemed to echo through the cavernous room.

“Can I help you find something?” a jockish-looking guy in his midtwenties asked from behind the counter.

She shook her head, embarrassed. “No, thank you.” She moved to the far end of the store, looking down the aisles as she walked.

No one realized she was too young to be here, or else no one cared. She watched the aisles change as she moved along, shifting from colorful bottles of flavored rum with shirtless cabana boys adorning their labels to the dark glass of the wines.

Hannah wasn’t unfamiliar with alcohol. Half the reason she’d left college was because of her roommate’s drunken binges in which she had brought so many of her friends over to party. It reminded Hannah of all the nights she had spent in the dorm lounge, studying subjects she didn’t understand, sleeping on couches she resented being on. It was the next day’s cleanup, inevitably left to Hannah, that had taught her to recognize various forms of alcohol bottles and the hazards of a hungover roommate.

Her grandfather had left her enough money to get whatever degree she wanted, wherever she wanted it, but she had chosen a medium-sized state college to start out. The idea had been simple: get her core classes out of the way, and buy herself some time to figure out what she wanted to be when she grew up. After she gave up on college, she moved to New Jersey to be near the Firstborn and enrolled in an online program. Distance learning at her own pace better suited the lifestyle she had grown to accept: following dark trails through back alleys. The ongoing searches for—

It was always jarring to see her visions in the flesh. She was a Prima—gifted with hindsight, the ability to see the past. And the past tended to have the good sense to stay in the past and fade away to the naked eye and the observing world. But there he stood in the middle of the aisle—fifteen feet away—comparing labels on vodka bottles. His arms bare, short black hair wet. A blue short-sleeved T-shirt and green cargo pants. The tattoo curled up his arm, its tail resting against the back of his hand, its scaly body coiling around the man’s arm like an anaconda, the dragon’s head poised to strike like a hooded cobra, a forked tongue lashing out from beneath a spray of flame.

The man looked up from the bottles, turning his head— toward her…

Hannah dropped back around the corner. A sting of panic nipped at her heart. She waited a moment—her pulse and breath slowing as she pulled herself together. She looked back.

She moved down the aisle to where the man had been and passed, heading to the end of the aisle. She stopped and turned her head, looking for him.

Hannah moved fast, looking down the aisles once again, coming to the end of the rows. She must have lost him somewhere in the—

She saw him at the front of the store, at the cash register, the boy behind the counter stuffing a bottle of vodka into a perfectly sized brown paper sack. The man with the tattoo reached into his pocket, pulled out a thick roll of bills, and slid one from beneath the tight hold of the rubber band that encircled them. The boy hit a button on the cash register, and the man with the tattoo turned, walking toward the door.

“Hey, Dominik,” the boy called after him, “do you want your change?”

Dominik simply waved a dismissive hand and pushed through the front door, back into the rain.

Pushing the glass door open, Hannah followed, plunging into the downpour. Her eyes scanned the cars in front of her parked diagonally to the storefront. A set of lights flashed on toward the far right end of the row—a black luxury sedan—the engine humming, the wipers swishing away a wide swath of pooling water as the man in the driver’s seat lifted his eyes—

His dragon-clad shoulder moved, putting the car into drive. The vehicle slid backward out of its space, through the veil of rain, past the unnatural glow of the liquor store’s neon lights, and then slipped into darkness.

The only chance to find the girls.

And he was getting away.

For a split second Hannah did none of her own thinking. Her feet took off, rushing into the night, as the car pulled parallel to the street. The brake lights lit up. The backup lights dimmed. The car began to drive away.

The red taillights, glowing like the eyes of the dragon on Dominik’s arm, glared at her through the onslaught of falling droplets. Turning the corner, leaving her in the street—alone.

Hannah turned her attention to the end of the block, where she had parked her car. That was where she needed to get. To think
past
the problem and to move effortlessly with the solution.

Wet and cold, she thrust her hand into her pocket, reaching for her car keys. Suddenly she was at the car door, her hand holding the key, the key in the door. The old door to the station wagon groaned as she pulled it open and climbed in. She turned the key, and the engine sputtered.

“Not
now
,” she whimpered, pushing down on the pedal, feeding the engine gas. A moment of whirring, then—