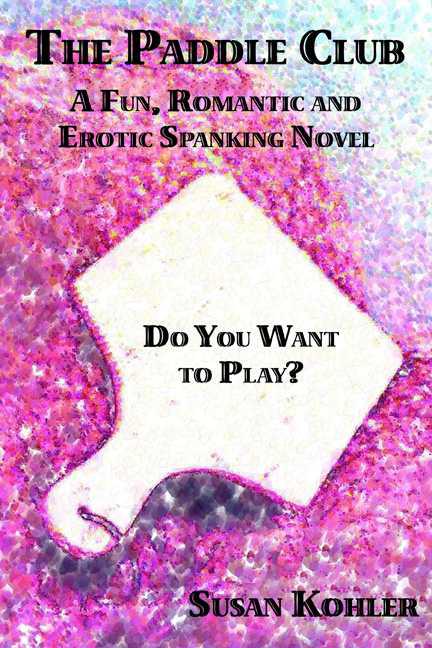 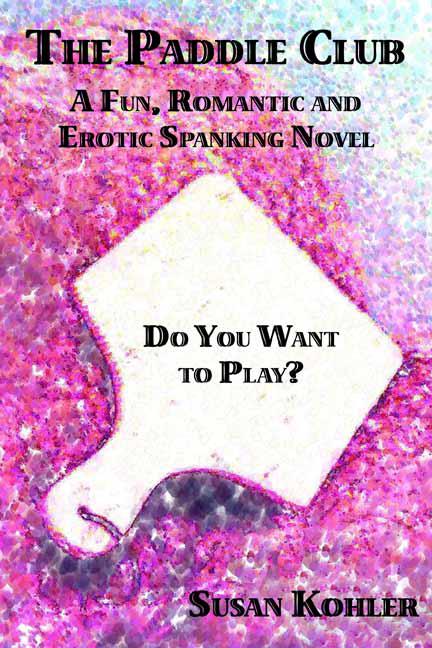 Extreme care has been taken to ensure that all information presented in this book is accurate and up to date at the time of publishing. Neither the author nor the publisher can be held responsible for any errors or omissions. Additionally, neither is any liability assumed for damages resulting from the use of the information contained herein.

All rights reserved. No part of this publication may be reproduced, stored in a retrieval system or transmitted in any form or by any means, electronic, mechanical, photocopying, recording or otherwise without the express written permission of the publisher. Printed in the United States of America and the United Kingdom.

This is to the people out there who love spanking, and especially to two spanking groups in my area filled with wonderful, lively and intelligent people. I love you guys. You are the best. You do more for me than I can ever say. I’ll admit some of you are featured in this book, but relax; I kept your identities protected. Of course, if you want to brag, go ahead.

For more information please refer to

This novel starts with a fairly graphic caning scene. The scene follows the path of many spanking novels out there: The girl being caned is young and anonymous. She is being caned against her will, victimized and humiliated. It is the only such scene in this novel and is an example of what I wanted to get away from. My characters are not victims. They enjoy spanking. They are also not all young girls. They are adult women and men, of various shapes and ages. Many switch from top to bottom. I really like these people. They have fun and they like to party. Most of what I’ve written, I’ve seen and done. With two exceptions: We don’t have initiations, and I’ve never been in a slave auction.

Chapter One What Do You Wear To Be Caned?
Suzanne was both disgusted and captivated as she turned the

The girl stood stock still, petrified. She was barely eighteen with a slender body, moist blue eyes and long blond hair pulled back at her neck. She stared at the rod held so lovingly, so menacingly, in the headmaster’s hands and shivered.

Finally the quiet, dreadful command came. “Take off your skirt, Miss, fold it neatly, and place it on that chair.”

When the skirt had been folded and placed on the nearby armchair, he spoke again, his voice louder and lower pitched. “Please remove your panties. I want to punish you on your bare bottom. It’s the only way to punish you properly. It will hurt you more and also humiliate you.” She lowered her panties to the floor. She stood there, shivering in the cool room, immobile and embarrassed. She was suddenly aware of the open study window and of the furtive faces looking in. Male faces, filled with lust. She was being watched! A blush crept up her neck to her face.

“Put them on the chair, folded neatly.” His voice was gruff. He pointed at the sofa. “Kindly bend over girl. Right over the end of the sofa, with those legs spread well apart. Let’s get this shameful business over with as soon as possible. I hate this onerous duty but I’m forced to whip you into obedience, to beat the defiance out of you.” Her legs trembling, she moved to comply. For several long moments, she lay there. At his urging, she squirmed, trying to get into the position he wanted. Finally he moved her forcibly; bending her more tightly over the padded end of the sofa so that her bottom was raised well up and her legs far apart. Her toes barely touched the floor. Her pale bottom was a perfect, heart-shaped target. It was also positioned so that anyone looking in the window could see every detail.

The master stoked her behind gently before he raised the rod, drawing it well back before slashing it down on her with a terrific cut. She gasped with the pain but she made no outcry. The whipping continued, she wiggled and squirmed as cut after cut landed on her soft, exposed bottom. Her gasps became screams. Welts crisscrossed her tender flesh, and droplets of blood appeared on her skin. Her screams combined with sobs. She kicked out with her feet. He slashed viciously with the rod, using an upstroke, bringing it up under her bottom. He slashed to the tops of her thighs. Then he slashed down on the crests of her buttocks. She squirmed and screamed more and more.

“Hold still girl and cease that noise or I’ll add another dozen cuts!” he said sternly. “Surely you can take a little punishment better than that!” She tried, really she did, but eventually she moved to cover her bottom with her hands. It was exactly what the master wanted! He quickly moved to grab her hands in one of his and gave her six quick slashing cuts as hard as he could!

When it was finished, she lay there, defeated and spent. Her quiet sobs filled the room. The master walked over to draw the drapes. He returned to the sobbing girl. He was now gentle as he stroked her soft bottom, tracing the welts and spreading the small drops of blood over her tender, bruised flesh. Eventually she heard the sigh of a zipper and soon realized that it was not his hands stroking her soft flesh. Not daring to move, not even daring to breathe she waited, tense and uncertain as she felt his hands spreading her flesh, urging her rear cheeks apart. The tip of his…
Suzanne sighed and threw the paperback across the room. It hit the wall with a soft thud and fell to the floor. She lay back on the bed and slid her hands down, her fingers parting the soft folds of her flesh, working gently but furiously to bring herself some relief even as she felt dirty and disgusted for reading the book.

Later, as she lay on the bed, she wondered how those girls always managed to hold themselves in position, only wiggling and squirming enough to earn extra strokes. Why didn’t they kick? Get off the bench or sofa and fight back? Run? They were also so damned compliant before the whipping started. They stood still, removed their clothes in front of the man who was going to whip them, with an audience no less, and then meekly got into position for their whipping. No struggling and no protesting.

Well, she felt as if she wouldn’t have any chance to struggle or protest either, in her upcoming spanking. She would be forced to comply. She would be stripped in front of an audience and strapped down when she finally found out how a cane really felt. The very thought put her into a haze. In fact, she had been in an emotional haze all day. She teetered back and forth between wondering how she had gotten herself into this situation, secret arousal and excitement, and complete denial that anything was going to happen. How could she have agreed to it? How could she have let her lover talk her into going to an S & M club? Was she nuts?

The feelings only sharpened while she was dressing and getting ready for her evening out with her lover, Michael. He had made the plans. Plans she had agreed to with a lot of reluctance and great deal of trepidation, and quite a bit of secret excitement.

Still, there was something so unreal about the evening ahead of her that it almost felt as if she was getting dressed to play a part in a movie, a very exotic and somehow erotic foreign film. She felt almost like a puppet being manipulated against her will, and yet that wasn’t quite right. She had given her agreement freely, hadn’t she? But why? She wasn’t really sure. It wasn’t just to shut him up, to stop his constant alternation between commanding and pleading; she silently answered her mental question. She had agreed because agreeing to the date was her last attempt to hold onto a failing relationship and out of the same rather mindless curiosity that killed the proverbial cat. Michael’s plans for the evening began with her initiation into a club for spanking enthusiasts. She looked in the mirror and ruefully shook her head, grinning sardonically at her reflection. Spanking. What was she thinking? Spanking was something she had never tried before, something she had read about in books like the one tossed across the room and secretly fantasized about, but never really thought about trying before she met Michael. In fact, she had never previously been spanked by any of her boyfriends, even by her parents. In all her twenty-five years, Suzanne had never been so nervous or so aroused.

In plain English, she was dressing up to be publicly stripped naked then caned and paddled. She shuttered and put the palms of both hands over her bottom, imagining her buttocks were already bruised and the blood had already started to flow. That’s morbid, she thought, there won’t be any blood, not really.

Going to the club was strictly Michael’s idea. Something he pushed Suzanne into doing, threatening to end the relationship if she refused. Something, he had said with a smirk, which was sure to add a bit of spice to their sinking relationship. The whole evening was one more of Suzanne’s attempts to do anything to please Michael, and it was certainly more than she felt he deserved. Lately he had become arrogant and demanding, also very mean-spirited. The only reason she had agreed to this evening’s plan was because she was intrigued and slightly curious about spanking, and by the thought that such a club even existed. What kind of people were in the club and what could they possibly be like?

Of course there was also the poignant memory of how sweet Michael had been when they first started to date, before he seemed to change. There was another reason she agreed to go to the initiation, a reason that she had not yet admitted, even to herself.