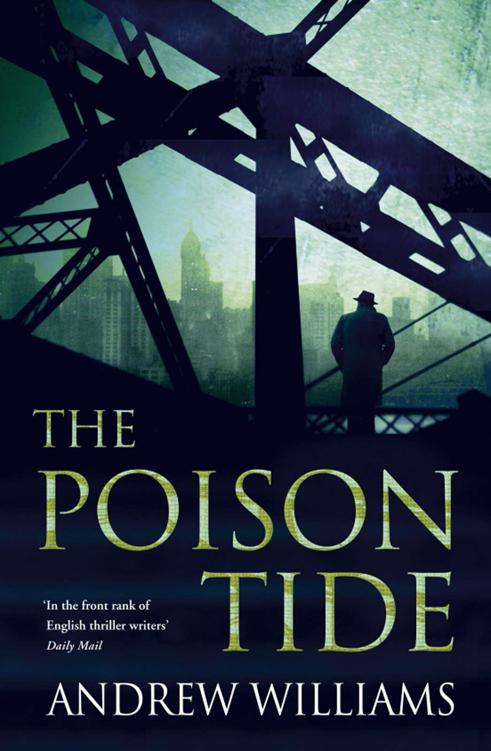 34. Inside the Hansa Haus

To Kill a Tsar

The Battle of the Atlantic

First published in Great Britain in 2012 by John Murray (Publishers)

The right of Andrew Williams to be identified as the Author of the Work has been asserted in accordance with the Copyright, Designs and Patents Act 1988.

No part of this publication may be reproduced, stored in a retrieval system, or transmitted, in any form or by any means without the prior written permission of the publisher.

All characters in this publication – other than the obvious historical figures – are fictitious and any resemblance to real persons, living or dead is purely coincidental.

Mere anarchy is loosed upon the world,

The blood-dimmed tide is loosed, and everywhere

The ceremony of innocence is drowned.

T
HE HOSPITAL TRAIN
announced its arrival beneath the smoky vault of the Lehrter Bahnhof with a shriek that set nerves jangling. A column of ambulances was waiting on the platform and to an accompaniment of whistles, the slamming of doors and the barking of the military marshals, the wounded began to step from the train, grey and solemn after many hours in close carriages. Patient faces – the resignation of the helpless – tired faces, some dazed, some distorted by pain, stained and bandaged like the procession at the last trumpet. After four months of war, they were still worthy of comment and the polite applause of civil servants and businessmen on their way to offices in Berlin’s government district. Mothers with young children hurried by.

Dr Anton Dilger was used to the suffering of others. He had met a dozen or more hospital trains from the Front. He’d restrained men demented with pain and some had died under his knife. All of these tasks he’d conducted with the necessary professional detachment. But on this freezing December day, Dr Dilger was a spectator, standing among a group of the curious on the platform opposite, gawking with the rest. He was a young man of thirty, clever but restless, inclined more by disposition to action than to thought. To watch, unable to lift a finger, was an exquisite torment and yet the feeling held him there.

A tightness across the chest, fatigue, lethargy, irritability, a lack of concentration, a certain emptiness. His symptoms met a description he’d read in a medical journal of an affliction the British were calling shell shock. But he’d spent no more than a few hours at the battle front as an observer and enjoyed the experience. No, he was ashamed to acknowledge the cause because grief was not a condition he recognised or could treat. The death of his nephew, Peter, had left him with a sense of helplessness – worse – impotence.

Last from the train were the stretchers, the tough cases and the amputees, received by the orderlies with a sharp efficiency that spoke already of great experience. One young man, his head swathed in a turban of bandages, was wearing the greatcoat of his nephew’s cavalry regiment about his shoulders. Dilger wanted to shout to him but the words stuck in his throat and then the stretcher was gone.

He left the station with the wounded and walked the short distance to the Charité Hospital. Ambulances were idling at its entrance, nurses scurrying through an evil cloud of exhaust fumes like figures in badly cranked and tinted film. For a few uncertain minutes he stood idly by again, gazing up at the hospital’s plain brick face. The invitation had arrived just days after he had learnt of Peter’s death and he’d given it no consideration. There had been a second invitation, and a third, and finally a telephone call from the director of his own hospital, all but ordering him to come here. Professor Carl Troester was Germany’s leading veterinary surgeon. Why would he wish to see a little-known – no, if he was honest, an unknown Red Cross doctor? His director wasn’t able to say.

Troester’s young assistant greeted him in the entrance hall with a stiff bow and click of his heels that contrived to suggest a rebuke. The professor was expecting him in Infectious Diseases, he remarked haughtily. ‘And to save time, Doctor, I took the liberty of bringing these.’ He thrust a coat and mask at Dilger then turned away, intent on quick-marching him to the stairs.

The isolation ward was stiflingly hot and the sickly-sweet smell of putrefaction made Dilger feel nauseous. Life was being squeezed from the patient. An oscillation of ventilation between apnoea and tachypnoea: a pattern he had witnessed a hundred times. Caucasian male, heavily built, approximately forty. Motionless for what seemed an eternity, then with a jerk his body arched as if tugged by invisible strings, gasping for air, fluid rattling in his throat, lips drawn tightly over his teeth.

‘Is this a case of glanders?’ Dilger asked, turning to the men in coats and masks at his side.

‘
Bacillus anthracis
. Anthrax. A foolish mistake.’ Professor Carl Troester peered at the patient through thick pince-nez spectacles, his mask puckering as he spoke. ‘One of mine. That is to say, he worked for me at the Military Veterinary Academy. Conducting tests . . .’

Ulceration of the upper respiratory tract. Suppurating sores on the torso, blue tinge to the skin, swelling of the glands beneath the patient’s arms: a painful and highly infectious contagion. Death was no more than a few hours away.

‘Why was it important for me to see this?’ enquired Dilger quietly.

The corners of the professor’s small dark-blue eyes wrinkled in what may, beneath the mask, have been a smile or a grimace. Leaning forward to grasp a corner of the stained sheet, he dragged it back across the patient. ‘There’s someone you must meet, Doctor.’

Professor Troester led him from the ward into a scrub room and they dropped their coats and masks in a steel bucket. ‘Burn them,’ he instructed the orderly. They washed their hands in silence and Dilger’s thoughts drifted again from the nameless patient to his nephew in the noise and filth of battle. Turning for a towel, he caught the professor’s eye: ‘Is he a casualty?’

The professor tossed his towel into the bucket. ‘An accident. Didn’t I say so?’

‘Your father was an extraordinary man,’ interrupted Troester. He bent into the uniform jacket an orderly was holding to his long back.

‘You knew my father?’

‘I didn’t have the pleasure. Shall we?’

He led Dilger into the corridor, broad like a monastery cloister and restless with the confused echo of military boots, hushed voices, the rattle of hospital trolleys. Half a step in front of him as they turned on to the stairs, the professor-brigadier was tall, parade-ground erect although almost sixty, with a thin leathery face, a distant, academic smile. From the little he had said, his bearing, other small details, it was plain that Troester was a Prussian. On the next landing, they pushed through heavy doors into the administrative wing of the Kaiser Wilhelm Medical Academy – the imperial eagle picked out in tesserae on the wall: a corridor of polished wood and brass nameplates where clerks in crisp olive-grey uniforms had time to acknowledge a superior officer with a salute.

The man Dilger had been brought to meet was standing with his back to the window in the Medical Director’s office. The smoke that hung over the desk and the stubs in the ashtray at its edge suggested he’d been waiting a while. Lost at first in silhouette, he came forward to greet them. He was in his fifties with grizzled brown hair, high cheekbones, a large silky cavalry moustache and a general air of quiet authority. He was dressed like any other sober middle-aged servant of the Crown, in frock coat and striped trousers, but a duelling scar high on his left cheek suggested a colourful history. Troester introduced him as Count Rudolf Nadolny.

‘I’m grateful for your time, Doctor,’ he said with a warm smile, his handshake longer than was customary on first acquaintance. ‘I’m sensible of your loss. Colonel Lamey says you were close to his son . . .’

‘You know the colonel?’

‘We’ve spoken on the telephone.’

‘Has the professor spoken to you of his programme?’

‘That is for you to do,’ interjected Troester. He looked ill at ease.

Nadolny gave him a reassuring, at-your-service smile. ‘Yes, of course. Doctor Dilger, please,’ and he gestured to a table in front of the windows. The Count took the chair opposite, with the dying light of the winter day behind him.

‘I know a good deal about your family, Doctor. Your father – a distinguished soldier on two continents – and both your brothers-in-law are at the Front?’

‘A volunteer surgeon, yes.’ The Count leant over the table, his hands together. Dilger noticed the blood-red intaglio signet ring on his left hand – lest anyone doubt his place in the first rank of society. ‘But there is more important work,’ he continued. ‘Work that will help us to win the war . . .’

‘And a good one, I know. But we have need of soldier-scientists too.’ The Count sat back in his chair again, dragging his fists across the polished mahogany. ‘Forgive me, but before I say more, I must ask for your word as a gentleman that you will not speak of what you hear or have seen at the hospital today.’

‘You mean the patient?’ Dilger glanced at the professor. ‘I was surprised . . . a rare condition.’

‘He was working on our special programme . . . a lesson to us all to be careful, but a clear demonstration of the possibilities too, don’t you agree?’

His question was put with the everyday informality of one proposing guests for a dinner party. It took Dilger a moment to grasp his meaning.