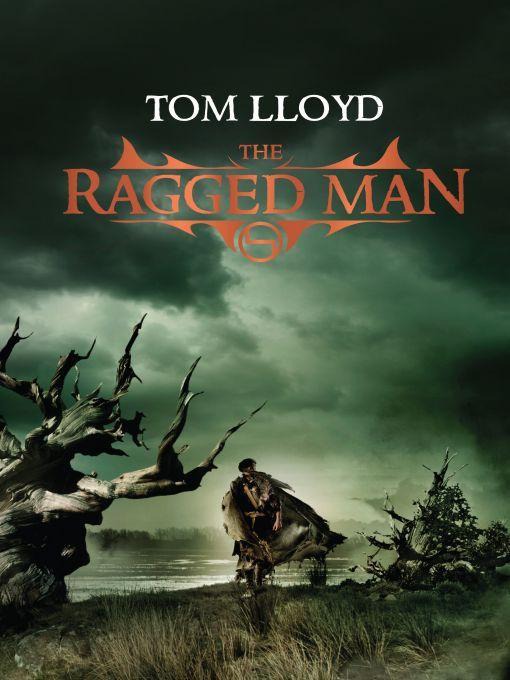 Orion
www.orionbooks.co.uk
A Gollancz eBook
Copyright © Tom Lloyd-Williams 2010
All rights reserved.
The right of Tom Lloyd-Williams to be identified as the author of this work has been asserted by him in accordance with the
Copyright, Designs and Patents Act 1988.
First published in Great Britain in 2010 by Gollancz
The Orion Publishing Group Ltd Orion House
5 Upper Saint Martin’s Lane
London, WC2H 9EA
An Hachette UK Company
This eBook first published in 2010 by Gollancz.
A CIP catalogue record for this book is available from the British Library.
eISBN : 978 0 5750 8886 3
This eBook produced by Jouve, France
No part of this publication may be reproduced, stored in a retrieval system or transmitted in any form or by any means, without the prior permission in writing of the publisher, nor to be otherwise circulated in any form of binding or cover other than that in which it is published without a similar condition, including this condition, being imposed on the subsequent purchaser.
www.tomlloyd.co.uk
www.orionbooks.co.uk
For Fiona, with all my love
Acknowledgements
The biggest thank you must be said to all those who handled the real life side of things so those of us less capable didn’t have to - most particularly to my wife, Fiona, and my wonderful in-laws, David and Elizabeth, who worked so hard on the wedding. On top of that, Fi, you’re a star for putting up with me day after day - cheerfully living with oddness, forgetfulness, geekery and prog metal. If that doesn’t deserve being bought a puppy, I don’t know what could.
Many thanks also to Nat, for talking through so much over so many drinks, along with his powers of speed reading that I’ve happily abused. Also to Lou Anders for advice, support and braving some rather rough first chapters, my brother Richard, David Devereux and Sara Mulryan for more of the same, and all the happy nutters on the Tom Lloyd forum for their enthusiasm, encouragement, reminders and
some
of the suggestions. The cannon-mounted flying carpets I’m still not convinced about, however, and the shower-scene definitely isn’t going to happen.
Robin Morero also deserves recognition for everything he’s done on the website, in between nappy changes, as do everyone at Pyr and Gollancz - in particular Jo Fletcher for

. . . decent editing, Gillian for all sorts, and Charlie for putting up with me being repeatedly stupid. But not Simon. He knows why. 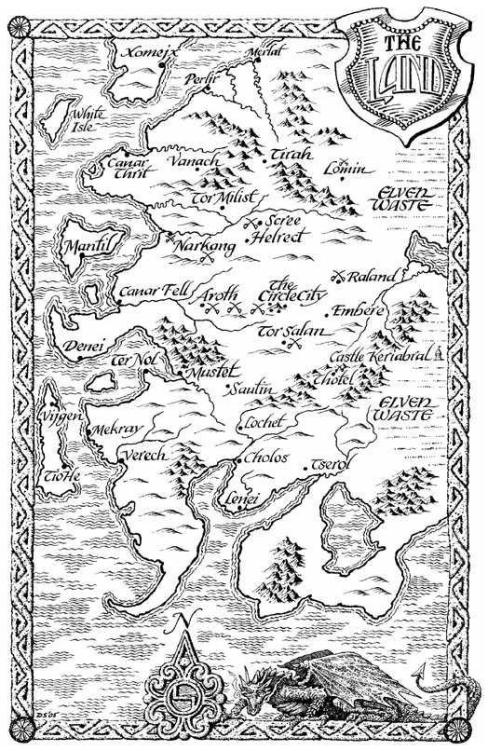 WHAT HAS GONE BEFORE
The Grave Thief
In the aftermath of the firestorm that consumed the city of Scree, it soon becomes clear that Rojak’s magic has left a legacy beyond death and destruction. While the followers of Azaer scatter and Isak leads the Farlan Army home, a strange mood takes hold of those remaining outside the city. The city’s six principal Gods - Death, Karkarn, Nartis, Vasle, Belarannar and Vellern - are furious at having been driven out of Scree during the city’s last days, and their rage badly affects those most closely aligned to them, including the Knights of the Temples and King Emin himself - he had been ordained a priest years before. In their temporary madness, they turn on the civilian survivors and butcher them.
When King Emin returns home to Narkang he is not only guilty about the slaughter he participated in, but distressed by the continuing echoes of Lord Death’s rage, which is still affecting his judgement. He responds to intelligence about Venn, Azaer’s follower, and the manipulation of Scree’s population by Rojak’s plays, by ordering a mass assassination of the Harlequin clans, only too aware of their potential influence in the Land. Even as he is doing this, Venn is returning home to the clans with the mage Jackdaw bound to his shadow, about to do exactly as Emin fears: to twist the Harlequins’ purpose and deliver to Azaer a small army of unparalleled warrior-preachers who can erode the authority of the Gods on a Land-wide scale.
King Emin’s agent, Doranei, discovers the Crystal Skull they recovered from Scree might not have been Azaer’s goal there, after all - worse still, they might even have done Azaer a favour by killing the Skull’s owner, for they left the path clear for Azaer’s followers to retrieve the journal of Vorizh Vukotic.
In Tirah, as Isak’s thoughts grow increasingly morbid, the Yeetatchen white-eye Xeliath arrives in the city, and the trial of Duke Certinse looms. On the first day of the trial a squad of mercenaries break in to the Temple of Law. Although the duke fails to escape, he is able to die fighting, instead of being executed. More worryingly for Isak, when Certinse’s mother releases a huge daemon, two of Death’s violent Aspects appear from Isak’s shadow to kill it before Isak himself can, confirming his fears that he has somehow managed to tear the five Aspects known as the Reapers from Death’s control.
In Byora, Ilumene and Aracnan engineer a meeting between the ruler, Duchess Escral, and a newborn baby, Ruhen, whose body is now inhabited by Azaer. The duchess adopts Ruhen as, far to the north, Venn begins preaching about such a child to the now-susceptible Harlequins, matching his words to Ruhen’s actions.
Elsewhere in Byora, while the Farlan agent Legana is waiting for Zhia Vukotic to arrive in the city, the Goddess Fate - the Lady - appears to her and makes an unprecedented offer: that Legana should become Fate’s Mortal-Aspect. After Legana accepts, her first mission is to murder a high priest with undue influence over Duchess Escral - but the mercenary Aracnan beats her to it. He attacks her, trying to hide his crime, and Fate steps in - only to discover, too late, that he owns a Crystal Skull. The Goddess cannot save herself, but she can save her new Mortal-Aspect, and before Aracnan kills her, she throws Legana from the building.
Further south, Lord Styrax, the Menin ruler, crushes the renowned defences of Tor Salan in a single blow and heads north towards the Circle City, determined to bring the trading heart of the West into his empire, whether the rulers of Byora, Akell, Ismess and Fortinn, the quarters that make up the Circle City, want to or not.
ADS
15.4Mb size Format: txt, pdf, ePub

Who Owns the Future? by Jaron Lanier
Riccardo by Elle Raven, Aimie Jennison
All That I Need (Grayson Friends) by Ray, Francis
Stick in the Mud Meets Spontaneity (Meet Your Match, book 3) by Rachael Anderson
Rupture: Rise of the Demon King by Milo Woods
Love Without Rules (Contemporary Romance) by Goldman, Kate
Armageddon by Dale Brown, Jim Defelice
Melissa Senate by Questions To Ask Before Marrying
The Mistress's Child by Sharon Kendrick
The House in Via Manno by Milena Agus