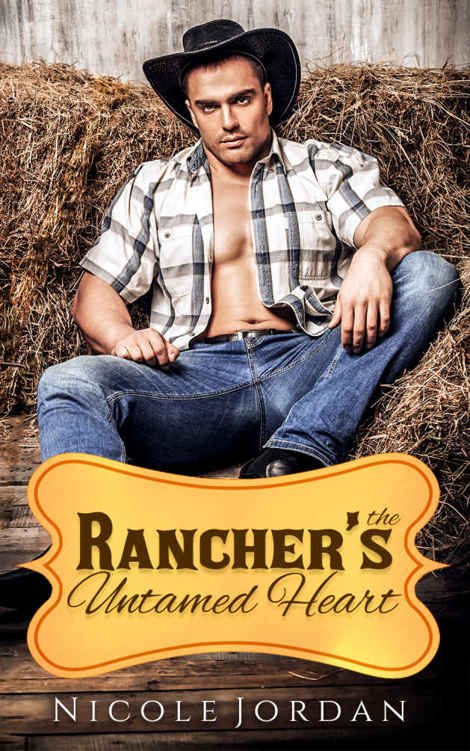 I leaned across the table and looked into Justin's brown eyes. We both smiled, that sweet slow smile of two people in love.

He reached over and took my hand, stroking my knuckles and making me shiver with desire. His touch could light a fire in me that I never wanted banked.

The tablecloth was cool under our hands, a pleasant contrast to that fire. I reached up with my other hand and moved a wine glass to the side, so my elbow could rest more comfortably.

"I went on a good inspection today," I said. "They took me seriously, which was a nice change. If they put in a good word for me, that promotion I want is looking more and more possible."

He sighed, and the moment was broken. I watched as he looked away from me and spoke in a low, sad voice.

"I-I'm sorry," I stammered. "I didn't realize. It's important to me, though. You don't want to hear about what I do?"

Justin smiled at me, the grin spreading across his face the way it only did for me. There was a promise in that smile, a promise of love and sex and all of the finer things in life. The finer things that he gave me - like this dinner, at an amazing French restaurant that I could never afford on my little government salary. I felt a small pang of guilt over that, over not being able to pay my own way.

"I want to hear all about what you do," he said. "Just not every date."

I nodded, but I was a little hurt. I didn't think I talked about work that much, really, and I wanted him to be interested in me. He was right, he didn't talk about his work very much, but he was a banker, and not passionate about what he did.

I loved my job, and didn't want to feel like I had to apologize for that.

Our date got better after that. I talked about my family and about movies coming out soon. He asked questions and appeared way more engaged, and told me about the trip he'd just taken with some of his college buddies.

We spent a lot of time just staring into each other's eyes and playing footsie under the table.

I never thought, before I met Justin, that I'd like that, but oh, it was sweet. It felt so good to be that wanted, to be the focus of single-minded attention and devotion.

Unfortunately, after six months, I was looking for more conversation and more of a meaningful connection.

As I listened to him talk, I felt guilty again. How could I want more than this? Justin was so good to me, so thoughtful and kind. If he wanted to not have to think about work after a long week, that was hardly a crime.

"So, we went out to a club," Justin said, starting to tell me about the last day of the trip.

"Not a strip club, if that's what you're wondering about, sweetheart," he said, and winked at me, squeezing my hand and giving me a saucy look.

I laughed again. "You guys wouldn't go to a strip club," I said. "You're all married or dating. Don't be ridiculous."

He laughed too, that pleasant baritone sound that I'd gotten so used to, and I grinned.

"Of course not," he said. "That would be very naughty."

He looked so devilish, then, waggling his eyebrows, that the whole conversation seemed ridiculous.

"Would you like dessert?" he asked, flagging down a waitress.

"Yes, sir?" she asked, batting her eyelashes at him. I resisted the urge to roll my eyes. He was so handsome, it seemed like every women we met when we went out didn't notice I existed.

"Two dessert menus," he said, "And a glass of Cointreau for each of us."

"Aww, live a little," he said, the waitress waiting, a little awkwardly.

"I've had a long week, and I've had plenty of wine," I said. "If I start drinking with dessert, I'll fall asleep and drool on your shoulder the whole way home."

"You're no fun," Justin said, as she left. "I was hoping to get you all liquored up."

He winked, and we both laughed.

I excused myself to go to the ladies room. When I came back, I saw the waitress leaning over him at our table. Both of them laughed, and then she looked up and saw me.

I smiled at her, and she excused herself and hurried into the kitchen.

"There you are, my dear," he said as I sat down again. My napkin had been refolded in my absence, and the dessert menus were placed perfectly on the table, the crisp parchment catching the light of the candles and seeming to just about glow.

I sighed in appreciation.

"This is one of the best dinners I've ever had," I said, smiling at him, tracing small patterns on his hand with the tip of my finger, enjoying the contact and the company.

He ordered a plate of delicate macarons and I chose an amazing-sounding lemon crème brûlée.

The desserts were incredible. I shared bites of mine and enjoyed the contrast of the rich pudding and the crisp crunch of the caramel on top. He teased me and fed me a bite of one of his macarons, which exploded in a taste of orange and coconut on my tongue.

As I scraped the last tiny specs of custard from the dish, he signaled for a waitress again.

"Are you ready to leave?" he asked, the innocent question warring with the desire in his eyes.

"Beyond ready," I said, and shivered in anticipation.

The next morning, I woke up in Justin's king-sized bed and stretched luxuriously. It had been a good night.

A really good night, I thought, as I smiled at Justin's sleeping back.

I reached out and patted his shoulder.

He rolled over and pulled me close to him, kissing my cheeks, my forehead, my collarbone, as I giggled and squirmed.

"Nope," he said, and laughed against my neck. Oh, he felt so good against me.

He was certainly awake now, I reflected, as I felt an insistent pressure against my hip. As he began to kiss lower and lower I relaxed into the sheets and enjoyed it. What a way to wake up.

Keys to the Kingdom by Fiona Wilde
Because of His Past by Kelly Favor
fate of the alpha - episode 1 by tasha black
Avenge the Bear by T. S. Joyce
Then They Came For Me by Maziar Bahari, Aimee Molloy
An Indecent Proposition by WILDES, EMMA
4 Shot Off The Presses by Amanda M. Lee
The Dawn of Dae (Dae Portals Book 1) by Anderson, Trillian
The Aftermath by Jen Alexander
Drip Dead by Evans, Christy