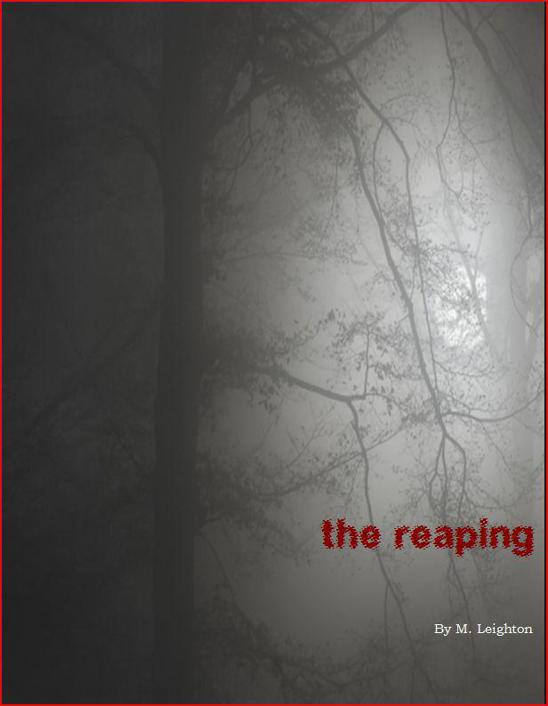 I gave myself up to the excruciating biting and tearing, ripping and gnawing of the group.  Blood was pouring down my arms and dripping from my fingertips before I fell to my knees, my legs suddenly lacking the strength to support me.

Above their hungry groaning and vicious squabbling, I could hear the coarse crackle of my clothes ripping as they struggled to get through my jeans and sweater to the skin beneath.  I could only imagine what they’d already done to my arms and chest.

I stayed upright as long as I could, but within minutes, the force of bodies pushing and hands pulling was too much for me to bear.  When they maneuvered me to the ground, I knew I didn’t have much time left.

The sun was bright and warm on my face as we walked west toward home.  In the distance, the mountains rose up in purple majesty, just like the song says, their jagged peaks cutting sharply into the horizon.  Their craggy faces were painted with shadow and I knew their dark tips would soon be frosted with snow.  The air held the unmistakable nip of the coming winter.

The red convertible raced past me, moving so fast my hair lifted a little on the wind.  It screeched to a halt at the stop sign.  I could hear the delighted squeals of the girls that had been thrown from their perch atop the back seat into the laps of the two boys in the front.  A pang of longing resonated somewhere in the vicinity of my heart.  As long as my dad had any say-so, I’d never be a part of a scene like that.

“They’re going to get someone killed,” Leah said gravely.  I looked down at her just as she was pushing her glasses up her nose.  She shook her head in disapproval, setting her springy black curls to bouncing.  She didn’t understand my fascination with “them”.

They say opposites attract and that certainly held true for me and Leah Kirby, physically and otherwise.  She was a petite girl with alabaster skin and chocolate eyes a few shades lighter than her hair, while I was closer to six feet than five with mousy, light brown hair, a medium skin tone and the green eyes of a cat.

And the contrast didn’t stop there.  Leah had no desire whatsoever to participate in anything but Mathletes and show choir.  Her grandest goal in life was to graduate at the top of her class and get a scholarship to Harvard.  I, on the other hand, was willing to settle on a less prestigious future in favor of enjoying the here and now a little bit more.  I wanted to spread my wings, attend cool lake parties, swoon over my first kiss, get my heart broken.  I wanted to
experience
life, not just plan for it
.

A revving engine drew my attention back to the convertible.  With a screech of tires, it sped away, laughter drifting back to us on the cooling September breeze.  It faded as did the convertible, my hopes of high school stardom disappearing around the corner with them.

“I guess you’re right,” I said with a sigh, resigned to being left in the dust a little while longer.

When you turn eighteen,
I reminded myself.  It was the magical age when my father would no longer have control over my life.  Mentally, I dangled it out in front of myself like a carrot.  It got me out of bed on many days when I’d much rather play hooky and be missed by absolutely no one.  Except Leah, that is.

I had somehow convinced myself that I would
be
somebody then, that I’d suddenly transform into something special and that I’d do something great with my fabulousness.  I wanted to be important to someone who was
not
instrumental in my birth.  You know, use my powers for good and all that.

We resumed our walk home, Leah having stopped when I did to ogle the convertible.  She lived seven doors down from me.  Despite our common age of seventeen, we both walked to school, which was how we met last year.  My father and I moved a lot and Leah was the kind of friend I typically attracted when entering a new school, the kind that had few other friends.

My mind was still on the quartet in the convertible, Leah’s incessant chatter a pleasant white-noise backdrop for my fantasy, a fantasy in which
I
was one of the girls in the back seat.  I couldn’t be sure how many times she called my name before it roused me from my daydream.  By her frown, I’d say quite a few.

We’d made it all the way to her house and apparently I’d kept up my end of the conversation without saying a word.  Leah was a very low maintenance friend.

Unfortunately, my answer was the same as it had been every other Friday night since moving to rural Virginia.  “Helping Dad with the car.  That’s about it.  You?”  I asked only out of politeness.  I knew the answer.  It changed about as much as mine did.

“Got some new books from the library.  I can’t wait to get started.  This one is a biography of…”

And that’s when she lost me.  I was gone again, back at the stop sign with the convertible, imagining the scene if they’d pitched one girl out and invited me to come take her place.  Finally Leah waved goodbye and turned to walk up her driveway, leaving me to make my way home alone.  And that’s how I liked it—just me and my imagination.

When I reached my mailbox, I stopped.  Automatically, I wrenched open the rusty lid and took the stack of mail from inside, tucking it under my arm.  I turned toward the small brick house that had been home for the past fourteen months and, with a sigh, I left my daydreams on the concrete sidewalk.  There was neither time nor room for them where I was going.  According to my dad there was no room for “silly” in our house.  And he considered daydreams—along with boys, parties and makeup—silly.

The garage door was open and I could see a pair of ratty, oil-stained tennis shoes sticking out from beneath the rear of the primer-coated 1969 Camaro that would one day be mine.

Hopefully before I turn thirty,
I thought snidely.

“Hey, butterfly,” came the muffled response.  I smiled at the nickname, as I always did.  My father had been calling me “butterfly” for as long as I could remember.  It was strange in a way; he was anything but fanciful.  In fact, I felt sure that the term “tough love” had originated somewhere in our household.  But, tough though it often felt, my father had never let me forget how much he loved me.  “How was your day?”

“I got a ninety-eight.”  I could keep neither the pride nor the smile from my voice.

Dad let out a whoop of laughter.  “That’s my girl!  Never doubted you for a second.”

“Of course you didn’t.  You’ve been teaching me chemistry and physics since I was eight.  Aren’t you going to ask which question I missed?”

“Because I
know
which question you missed.”

“And how do you know that?”

“Because you still haven’t read
In Search of Schrödinger’s Cat
like I told you to.  I’m sure the question you missed was about quantum entanglement.”

And he was right, which never set well with me because he seemed
always
to be right.  I rolled my eyes, but held my tongue.

“That’s what I thought,” he said smugly.

I stuck my tongue out at his feet then silently scolded myself for the childish act.  “How’s the car coming?”

“Just finishing up the exhaust.  Why don’t you change and come on back down?”

“I thought I’d go for a run before I start dinner.  Can it wait until after?”

There was a pause, a pause in which I knew he was considering my motives.  While Dad was insistent that I learn...
everything,
he was equally insistent that I stay in shape for some reason.  I’d never really understood why I needed to be able to run ten miles without stopping, any more than I understood why he felt like I needed to know how to rebuild an engine, explain string theory, clean a Glock, track a wounded animal, use Krav Maga and start a fire from nothing more than dry moss and a flint, but he did.

“Alright, but no excuses after dinner.”

“Ok, Dad.”  With that, I went inside to go through the mail then change.

Less than five minutes later, I was clothed in shorts and a tank top, hair in a pony tail, feet on the pavement.  My mind drifted to all the places that it could only go when I ran.  It went to another world where I had a mother and siblings, where I was popular and my biggest worry was what to wear for prom rather than how to get engine grease out from under my fingernails.

I was twirling through a slow song at my prom, in the arms of Stephen Fitchco, the best looking quarterback I’d ever seen, when I heard the horn.  By the time I looked up, it was too late; the black Honda was upon me.

Someone was calling my name over and over again, shaking me.  I wondered how this all fit into my daydream, but a thick layer of cobweb had settled over my mind.  On and on, someone continued calling my name and shaking my shoulder.  I wanted to tell them to stop; it was extremely aggravating.  But for some reason my lips didn’t seem to want to cooperate.

Again, someone called my name.  This time I noticed that the voice sounded vaguely familiar.  And in a good way, too.  It induced a very pleasant sensation somewhere in the pit of my stomach.

I pushed my way through the cobwebs, my eyelids the first body parts to respond to my commands.  They opened to a scene that dipped and swayed and doubled.  I closed them, counted to ten then opened them again.  This time my vision was clearer, though I suspected that I might still be daydreaming.  The handsome face of none other than Stephen Fitchco hovered over me, his sandy eyebrows pinched together in a worried frown over clear blue eyes.

Stephen let out a sigh of relief and closed his eyes.  “Thank God you’re ok,” he said.

Anything For You by Macy, Kaydence
Solos by Kitty Burns Florey
Tristana by Benito Perez Galdos
Masked Cowboy (Men of the White Sandy) by Anderson, Sarah M.
Ginny Gall by Charlie Smith
The Dog Master by W. Bruce Cameron
Baby, I’m Yours by Stephanie Bond
Led Zeppelin's Led Zeppelin IV by Davis, Erik
And Then He Kissed Her by Laura Lee Guhrke
The Cast Stone by Harold Johnson