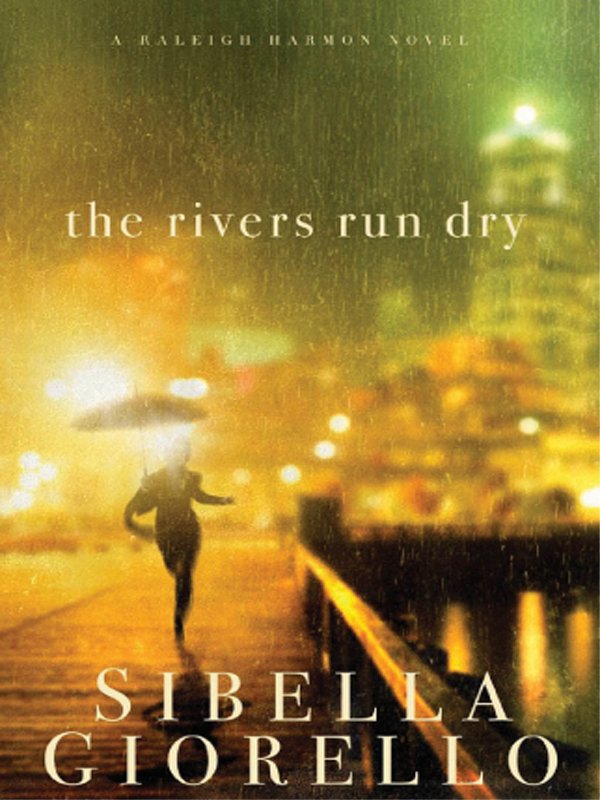 “. . . holds the reader in its powerful grip until the very last word. Sibella Giorello writes like a seasoned pro. No mystery lover should pass up this novel.”

âFred Chappell, author of
I Am One of You Forever
,

on
The Stones Cry Out

“. . . an exceptionally skillful debut . . . readers will follow [Raleigh Harmon] eagerly through this adventure and hope for more to come.”

âAnn McMillan, author of
Civil Blood
, on
The Stones Cry Out

“With three-dimensional characters who could be your neighbors, fascinating forensic geology tidbits, and a rich attention to details,
The Stones Cry Out
is easily one of 2007's most compelling novels.”

Also by Sibella Giorello
The Stones Cry Out 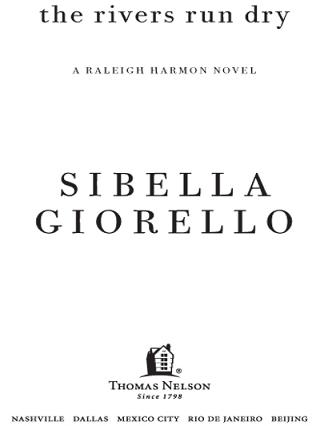 Well, who in his own backyard

Has not opened his heart to the smiling

Which goes to show that the Bard

Was sober when he wrote

That this world of fact we love

All the rest is silence

On the other side of the wall;

And the silence ripeness,

And the ripeness all.

I
t was early October when I drove east toward the mountains outside Seattle with tainted emeralds on my mind. The autumn sun gilded birch leaves and the blue sky appeared polished by a crisp and steady wind. But the green in the trees stole the show.

Armies of cedar and fir and hemlock marched up the foot-hills of the Cascade Mountains, long limbs glowing with a peculiar shade of green I'd seen only once before: when a six-carat emerald rolled across a stainless steel examination tray in the FBI's materials analysis lab. That gem's green facets glowed with a hue so verdant, so luscious, it whispered sibilant promises in the ears of greedy men.

Just before the town of Issaquah, I turned south off Interstate 90 and followed Sunset Way to the western side of Cougar Mountain. My car windows were open and the air smelled of pine needles and dry curling leaves and iron-rich soil warmed by the sun. This was supposed to be a routine visit, a courtesy call by the FBI for the local PD. But I've learned not to judge any-thing by appearance; that gorgeous emerald in the FBI lab cost three men their lives.

I parked in a small gravel lot on the right side of the road and walked over to a gray Crown Vic idling beside a police cruiser, the drivers' windows lined up with each other. When I knocked on the Crown Vic's window, the glass lowered six inches.

I leaned down. “Detective Markel?”

Two weeks ago the FBI transferred me to Seattle from Richmond, Virginia, and although Southern women often carried family names forward as first names, here in the Northwest people kept assuming “Raleigh” meant I was a man.

“Not that there's a problem,” the detective added.

He had driven six feet forward, far enough to open his door and climb out. The state trooper left his car where it was, walking over to where I stood.

“This is Trooper Ron Lowell,” the detective said. “He's with the Washington State Patrol.”

The trooper's blue uniform had vertical creases that looked as though the clothes were ironed on his body. A white braid circled the brim of his felt hat. Trooper Lowell smiled, dipping the hat toward me.

My heart squeezed with homesickness, for a place where all men had manners like his. Behind us, a car door slammed and a small woman walked toward us. She looked like an elf purged from a fairy tale. Her long red hair leaped over her shoulders in ropes of lava and her enormous black boots scuffed across the loose gravel shards, creating a sound like belligerent applause.

“This, this is Fern Valley,” the detective said. “She works with Issaquah Parks Department. Fern, this is Special Agent Raleigh Harmon with the FBI.”

Fern Valley's pinched expression silenced every question about her name.

The detective continued, “The vehicle in question belongs to one Courtney VanAlstyne. She lives in Kirkland. We called the residence, a roommate answered. She hasn't seen the girl since Sunday.”

It was Tuesday, two days later, and the vehicle in question was an army green Land Rover parked perpendicular to a cedar log boom that ran the circumference of the gravel parking lot. Behind the log boom a bulletin board was mounted on plywood and dis-played a map of hiking trails stretching across Cougar Mountain. A ring of maple, oak, and aspen trees dropped dying leaves on the Land Rover, smothering the windshield with a flat conglomerate of burnt oranges and bruised reds.

“Who found the vehicle?” I asked.

When no one answered, I asked again.

“That doesn't answer my question.”

She sighed, a sound like steam escaping a tight seal. “I come out here Sundays to clean the trailhead, okay? That's when I saw a car. I came back Monday; it was still here. So I called the cops. They said wait another day. I came back this morning, it's still here. I've been waiting for you to show up. Get this thing out of here, okay?”

I glanced at Detective Markel. He wore an expression that compressed his emotions into the diplomatic mask of law enforcement.

“I'm tired of people treating the mountains like some foot-ball stadium,” Fern Valley interrupted. “You know how many beer cans and condoms I pick up out here? It's sickening. Now we're supposed to run some Park and Ride? Nobody respects the land. Nobody.”

Detective Markel waited, attempting to ensure the rant was over. For now. Then he turned to me. “We sometimes get people going on overnightersâhike all day, camp the night, drive home the next morning. But this particular trailhead isn't known for overnighters. It's more of a quick run. Most campers drive over to Tiger Mountain. Wouldn't you say, Ron?”

Trooper Lowell had his thumbs hooked into the wide black leather belt holding his holstered gun and a radio with a cord running to the mic clipped on his left shoulder. He reached up, brushing away a gnat, shifting his stance. The black shoes gleamed with an obsidian polish.

“Ma'am, we run plates on every vehicle that's left on park grounds more than twenty-four hours,” he said. “Sometimes we get folks hiking to the trail's end, like Detective Markel said, but it's taking longer than they expected. Or maybe they get drunk and a friend takes the keys. Maybe the vehicle's out of gas. We hear 'em all.”

“And if the car is left for more than twenty-four hours?” I asked.

“We tow it. That's after we run the plates, of course, see if it's stolen or any outstandings exist in the way of warrants. Issaquah PD handles the tow.”

I glanced at the detective. His black hair was greased, combed, riding waves to the back of his head.

“Because it's not so cut-and-dried,” the detective said. “After we phoned the roommate, we called the girl's parentsâthe title lists them as the vehicle's owners. The mother said she hasn't heard from the girl since Sunday. She begged us to launch a search, we ran the dog out here yesterday but he went around in circles. Up the trail just a ways, then circle back to the parking lot. The father came out, watching the whole thing. He was pretty upset, you can imagine. When the dog came up with nothing, we decided to call you guys for some forensics. You know, just in case.”

“See?” Fern Valley hissed. “If I didn't say something they would've just let this thing sit here leaking oil into the land. Do you have any idea what motor oil does to the ecosystem, to the streams? The salmon? Like the salmon don't have enough problems.”