Read The Road to Rome Online 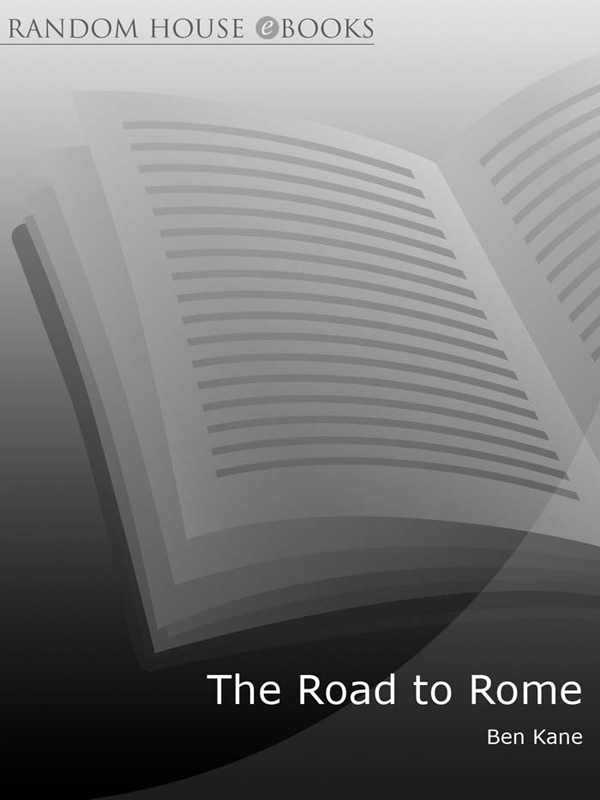 The Road To Rome

Chapter IV: The Temple of Orcus

Chapter XXVII: The Ides of March

Ben Kane has asserted his right to be identified as the author of this work under the Copyright, Designs and Patents Act 1988

An imprint of The Random House Group Limited

Addresses for companies within The Random House Group Limited can be found at
www.randomhouse.co.uk

The Random House Group Limited supports The Forest Stewardship Council (FSC), the leading international forest certification organisation. All our titles that are printed on Greenpeace approved FSC certified paper carry the FSC logo. Our paper procurement policy can be found at
www.rbooks.co.uk/environment

To Kyran and Helen Kane, my wonderful parents, with much love and thanks

The Forgotten Legion
The Silver Eagle 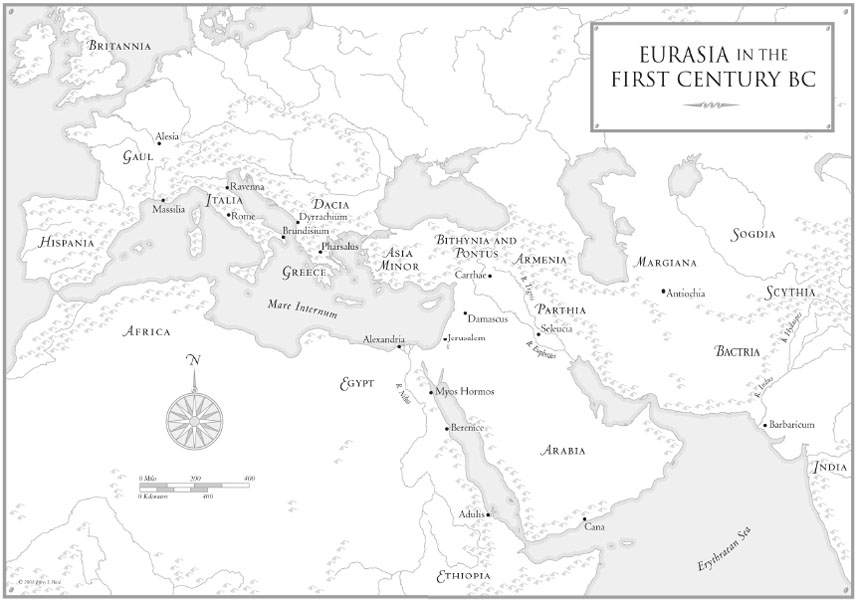 ‘G
et a move on, damn you,’ cried the
optio
, swiping the flat of his blade at the nearest legionaries’ backs. ‘Caesar needs us!’

His squad of ten men needed little encouragement. Their night picket was positioned on the Heptastadion, the narrow, man-made causeway that ran from the docks to a long, thin island, separating the harbour into two parts. With water on both sides, it was an isolated position. Given what was happening, that was not a healthy place to be.

The yellow glow from the Pharos, the city’s huge lighthouse, had been greatly augmented by the burning ships along the quay. Started by Caesar’s men, the fire on the vessels had spread fast, reaching out to the nearby warehouses and library buildings to form a conflagration that lit up the scene as bright as day. After regrouping with their comrades who had been driven back into the darkened side streets, thousands of Egyptian troops were re-emerging to slam into Caesar’s lines. These were less than a hundred paces away from the Heptastadion, the natural point to hold against an enemy.

Romulus and Tarquinius ran willingly alongside the legionaries. If the screaming mass of Egyptian soldiers broke through their lines, they would all be killed. Even if the Egyptians didn’t succeed initially, the odds of surviving were poor. The legionaries were vastly outnumbered, and had no secure avenue of retreat. The whole city was swarming with unfriendly natives, and the causeway led to an island from which there was no escape. There were only the Roman ships, but thanks to the swarming enemy troops, embarking safely was not possible.

Grimacing, Romulus threw a longing glance at the one trireme which
had got away. It was nearing the western harbour entrance, with Fabiola, his twin sister, on board. After nigh on nine years of separation, they had glimpsed each other a few moments previously. Fabiola was headed out to sea, escaping the danger, and there was nothing Romulus could do about it. Oddly, he was not devastated. He recognised why. Just knowing that Fabiola was alive, and safe, made his heart thrum with an unquenchable joy. With Mithras’ help, she would have heard him yell that he was in the Twenty-Eighth Legion, and could thus find him one day. After all his prayers about his long-lost sister, the gods had answered.

Now, though, as so often before, he was about to fight for his life.

Press-ganged into the legions, he and Tarquinius were part of Caesar’s small task force in Alexandria: a force under imminent threat of being overwhelmed. Romulus took some solace from his new and precarious position, however. If Elysium was waiting for him, then he would not enter it as a slave, nor a gladiator. Not as a mercenary, and not as a captive. Romulus squared his shoulders.

No, he thought fiercely, I am a Roman legionary. At last. My fate is my own, and Tarquinius will no longer control me. Not an hour past, his blond-haired friend had revealed that he was responsible for the killing which had originally forced Romulus to flee Rome. The shock of it was still sweeping through Romulus. Disbelief, anger and hurt swirled together in a toxic mix that made his head spin. He shoved the pain away, burying it for another time.

Breathing heavily, the group reached the back of Caesar’s formation, which was only six ranks deep. Shouted orders, the metallic clash of arms and the screams of the wounded were suddenly very close. The
optio
conferred with the nearest officer, a nervous-looking
tesserarius
. Wearing a transverse-crested helmet and scale armour similar to the
optio
, he bore a long staff to keep the legionaries in line. While he and other subordinates stayed at the rear to prevent anyone retreating, the centurions would be at, or near, the front. In a battle as desperate as this, these veteran career soldiers stiffened the resolve of all.

At length the
optio
turned to his men. ‘Our cohort is right here.’

‘Trust our luck,’ muttered one soldier. ‘Right in the middle of the damn line.’

The
optio
smiled thinly in acknowledgement. This is where most
casualties would fall. ‘You’ve got it easy for the moment. Be grateful,’ he said. ‘Spread out, two deep. Reinforce this century.’

Grumbling, they did as he said.

With four others, Romulus and Tarquinius found themselves at the front of their two small files. They did not protest at this. As the new recruits, it was to be expected. Romulus was taller than most, and could see over men’s heads and past the upright horsehair crests on their bronze-bowl helmets. Here and there a century standard jutted up into the air, and over on the right flank was the silver eagle, the emotive talisman of the legion. His heart raced at the sight of it, the greatest symbol of Rome, and one which he had grown to love dearly. More than anything, the eagle had helped Romulus to remember that he was a Roman. Imperious, proud and aloof, it cared nothing for men’s status, recognising only their bravery and valour in battle.

Beyond it, though, was a sea of snarling faces and glinting weapons, sweeping towards them in great rolling waves.

‘They’re carrying
scuta
,’ Romulus cried in confusion. ‘Are they Roman?’

‘Once,’ spat the legionary to his left. ‘But the bastards have gone native.’

‘Gabinius’ men then, I would say,’ said Tarquinius, receiving a gruff nod in response. There were curious stares, especially from those who could see the left side of his face. A prolonged torture session by Vahram, the
primus pilus
of the Forgotten Legion, had left a shiny red cicatrice on the haruspex’ cheek in the shape of a knife blade.

Night of Pleasure by Delilah Marvelle
The General's Son: Journey of an Israeli in Palestine by Peled, Miko
The Osiris Curse by Paul Crilley
Slow Burn by Michelle Roth
Matt—The Callahan Brothers (Brazos Bend Book 2) by Emily March
The Cat Who Played Brahms by Lilian Jackson Braun
The Dead Do Not Improve by Jay Caspian Kang
The New Girl by Tracie Puckett
A Thousand Days in Venice by Marlena de Blasi
The Life and Loves of a She Devil by Fay Weldon