Read The Rogue and the Rival Online

The Rogue and the Rival 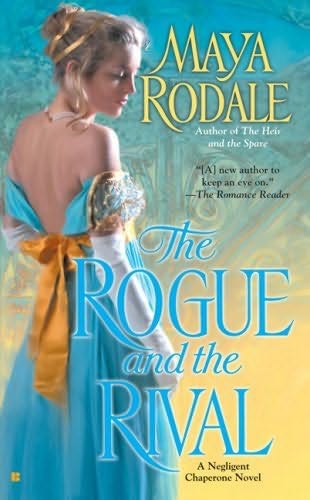 A Bedroom Dance
“You’re supposed to be in bed!” Angela said. Oh, he was impossible!
“And as it is cold by the window, I will certainly return to it.” Phillip took a step and grimaced at the pain.
Crossing the room to help him, she wrapped an arm around his waist, and he draped his arm around her shoulders. In this half embrace, she felt hot all over, from her cheeks to her toes and everywhere—
everywhere
—in between. A heat so intense it was as if the flames of hell were licking at her heels. Except that it felt so very, very good . . .

PRAISE FOR
The Heir and the Spare
“Refreshing [and] fun.”—
Midwest Book Review
“Rich in romance . . . [With] just enough twists to set it apart.”—
The Romance Reader
“Dazzling, exciting, and sexy.”
—
The Romance Readers Connection
“A lively and delightful Regency romance.”
—
Fresh Fiction
“This is a debut novel that is going to be hard to beat.”
—
The Romance Reader
“A compassionate, sensitive, and sensual love story . . . A most satisfying book for a summer day.”—
Romantic Times

This one is for my girls
and for their valiant efforts
to reform rakes everywhere.

ACKNOWLEDGMENTS
I’d like to thank my editor, Wendy McCurdy, for her insightful comments and for being a pleasure to work with. Thanks also to the team at Berkley.
Special thanks to: Linda Loewenthal, Jen Parkinson, Ann Bleakley, my family and friends, and Penelope.

ASTON HOUSE, BEDFORDSHIRE, ENGLAND
MAY 1822
Time
had been good to Phillip Kensington, Marquis of Huntley, even though he certainly did not deserve it.
He had been a rake, a rogue, a drunk, a gambler, and a danger to virtuous young women everywhere. He had nearly been a duke. He had been a disgrace. He had almost died and definitely deserved to.
But Angela had saved him anyway.
Presently, he was nothing more than a man in love with nothing to lose and everything to win.
And yet, he was no longer sure if he was the gambling man he had always thought himself to be.
The hour was late, and Phillip sat before a dwindling fire in the library of Aston House, his unexpected inheritance. In his right hand he held a glass of brandy, of which he did not partake. With his left hand he pushed his hair back from his face. He squinted, looking at the fire. There were lines around his eyes now, ones that spoke of age and wisdom he did not possess. He was not in the slightest bit wise, but at least he now knew that he was a fool, whereas before he hadn’t a clue. He considered that knowledge of himself progress.
His hands were not those of the nobleman he was. They were rough and callused from long days of laboring to improve his home and estate. That work had transformed his body as well, and it was now tanned, taut, and muscular, like the build of a common laborer.
His nose, which once had a perfectly aristocratic slope, had, years ago, undergone a permanent transformation due to a run-in with his twin brother’s fist. It was now crooked with an odd bump. It was a distinct flaw and a regular reminder of the man he used to be.
As per his new nightly ritual, Phillip mused upon the changes in himself for a moment before turning his thoughts to the reason he had become a new man. It was, of course, because of a woman. He tormented himself by recalling her soft honey-hued hair and how it had felt between his fingers. He imagined, yet again, how the curves of her figure would look without the awful frocks she wore, how she would look in the beautiful gowns he wished he could buy for her and—oh God—how she would feel, naked, beneath him. He imagined her appearing in the doorway of the library, telling him to quit his brooding and to come to bed.
He smiled at that thought. He looked at the glass of brandy in his hand. Not a drop of alcohol had crossed his lips in the past eight months. Now the only thing he craved upon his lips was the mouth of one particular woman. Angela, his angel.
As he did every night, Phillip poured the liquid onto the fire, admiring the burst of flame that disappeared as soon as it had started. Just like their time together, he thought wryly. He paused then, still astounded at how much he ached for her. Did she—? No, he would not allow himself to wonder if she still thought of him. If she did, it was probably without the slightest tender feeling. He would go to bed and miss her with an intensity that shocked him still, until he finally fell asleep.
Or, he could read the letter. The one he had never expected and had never even dared to hope for. The letter he couldn’t yet bring himself to read. Until tonight . . . 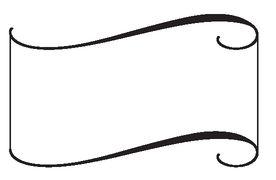 The Willbreaker (Book 1) by Mike Simmons
Shoe Dog by Phil Knight
Anathemas and Admirations by E. M. Cioran
Precious and the Mystery of the Missing Lion: A New Case for Precious Ramotswe by McCall Smith, Alexander
Absolute Friends by John le Carre
Girlfriends (Patrick Sanchez) by Patrick Sanchez
Vampires in the Lemon Grove by Karen Russell
The Lost Prince by Julie Kagawa
Wake the Dawn by Lauraine Snelling
The Traitor (The Carnivia Trilogy) by Jonathan Holt