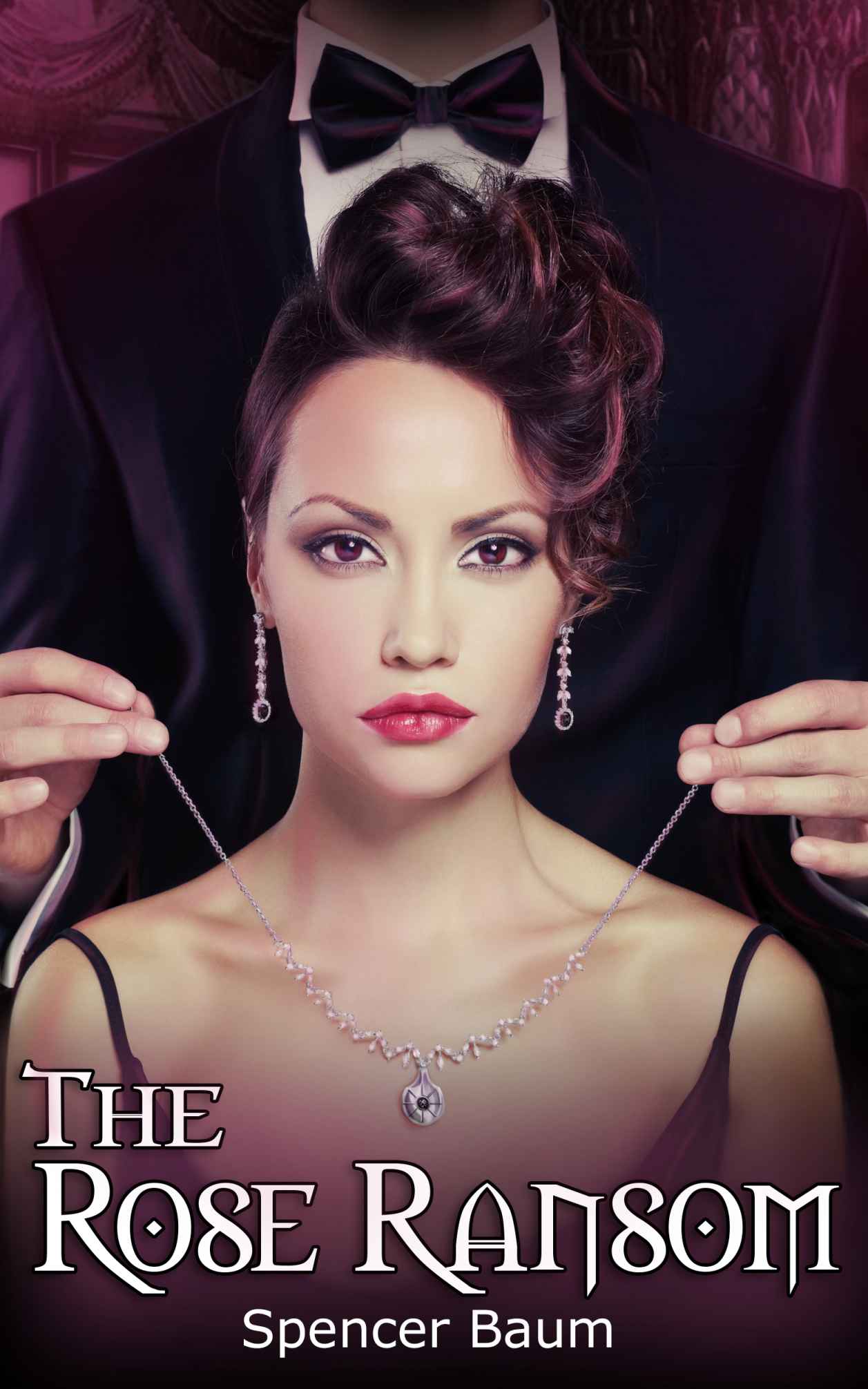 Her passport said her name was
Teresa Silva, but Raquel was certain the girl’s real name was Shannon Evans.

The first time Raquel saw
Shannon, she was walking alone on the beach, dressed like an American tourist.
Raquel meandered in her direction, conveniently arranging for them to run into
each other when the girl wasn’t looking.

Raquel smiled at her.

“Desculpe,” said Raquel. “That’s
what you should say when you bump into someone.”

Now the girl was smiling back.
She had a pretty smile. Such an innocent little thing.

Raquel got the distinct sense
that the girl was flirting with her.

The girl looked at her with the
quizzical eyes that all the tourists had.

“Desculpe means ‘I’m sorry,’”
Raquel said. “So you actually said it twice in a row, just in two different
languages.”

The girl let out a sharp giggle,
leaning in closer to Raquel as she did so. Definitely flirting.

Raquel let out her most
flirtatious giggle, the sort she usually saved for the white men who stayed
late at the bars. Then she put her hand on the girl’s shoulder and said, “Come
on, I’ll buy you a beer.”

The girl introduced herself as
Teresa. Four beers and one sloppy kiss later, Raquel took her back to her group
at the campfire, where, her speech slightly slurred, the girl gave a different
name to Raquel’s friends.

“I’m Shannon,” she said as she
shook Paulo’s hand. “Nice to meet you.”

Raquel had seen this before, but
always with the married men. They introduce themselves with a fake name but
forget it after they get drunk. Funny that this girl, who was barely a
teenager, was using the same trick.

So be it
, Raquel thought.
You shall be Teresa when you’re sober and Shannon when you’re drunk.

“Shannon is an American who is
still learning the finer points of our language,” Raquel said to the group.
“But she’s already mastered the fine art of kissing.”

Paulo looked at Raquel and
rolled his eyes. He, like everyone around the fire, already understood the game
Raquel was playing.

Later that night, after Shannon
had downed six beers, Raquel announced it was time for a surfing lesson.

“You can wear my wet suit,” she
said.

Raquel kept Shannon in the water
for more than an hour, not letting her back on the beach until she was
thoroughly exhausted. Then she laid out a beach towel for them both. In
minutes, Shannon was asleep. Raquel went back to the campfire and asked Paulo
what he had learned.

“The passport says Teresa,” he
said.

Paulo tossed the booklet across
the fire. Raquel caught it with two hands and flipped to the front page. Next
to a very recent picture of the girl was the name Teresa Silva. Beneath her name
was an address in Rio. Atop the page was a blue bar holding the letters,
B-R-A
.

A Brazilian passport? It was
shocking to Raquel, and more than a little intriguing, that this girl, clearly
an American, had a passport from Brazil. Not only a passport, but a driver’s
license, both of them listing an address in the wealthiest neighborhood in
town.

“Put it back in her pocket,”
said Raquel. “We’ve caught a big fish here. We shouldn’t settle for the cash in
her wallet. We’ll keep her around and see if we can get more.”

That night, Raquel envisioned
schemes worth millions of dollars, an escape from the slums, a fat bank
account, and a house on the ocean where she and Paulo could surf from morning
to night, never once worrying about where the money would come from. She was
certain these dreams were only days away from coming true. This American girl
was so lonely, so scared, she would do whatever Raquel asked of her.

It took longer than Raquel
expected. Shannon (and no matter what her passport said, Raquel was certain the
girl’s real name was Shannon) was secretive and strange. She gladly allowed
Raquel to be her girlfriend and surfing guru, but never allowed Raquel close to
her house. She brought wads of cash with her every time they met and she paid
for everyone’s beer, but whenever Raquel pressed to get closer to her, to ‘be a
couple who shared everything,’ Shannon pulled away.

Paulo and the others wanted to
steal her credit cards and be done with her, but Raquel made them wait. Shannon
was a project, maybe even a challenge. She was the one Raquel had been waiting
for. Her ticket to the good life.

On a cool night in September,
fate rewarded Raquel’s patience.

It started with a phone call,
one that Shannon took on the other side of the beach. When the phone call was
done, Shannon told Raquel she was in trouble.

“I need to disappear for a
little while,” she said. “Can you stay with me? I don’t want to be alone.”

“Of course,” Raquel said.
“Whatever you need.”

Three weeks and many late-night
conversations later, Raquel had learned more than she ever wanted to know about
the girl.

Her family had been one of the
wealthiest in America, until they ran afoul of the immortals who ran the
government.

Shannon, her mother, and her
father had faked their own deaths and fled to Rio.

A vampire named Melissa Mayhew
had found them. Melissa came to Rio and killed Shannon’s parents.

“My good luck has rubbed off on
you,” Raquel told her. “If we hadn’t met, you would have been home with your
parents that night. If you weren’t with me, you’d be dead.”

While Raquel learned all about
the life of Shannon Evans, Paulo and his friends staked out the address on the
girl’s passport.

Nobody’s there
, Paulo
reported.
The house has been empty all week
.

It was time. Shannon owed Raquel
her life. Raquel was entitled to take something in return.

She started with a bottle of rum
and a kiss, warming Shannon up for their last night together. Once the rum was
finished, they moved on to the little white pills in Raquel’s pocket.

“I’ve been saving these for a
special night,” Raquel said. “What do you say?”

“Is it ecstasy?” Shannon asked.

Raquel nodded. At that moment,
the sleeping pills in her hand could be whatever Shannon wanted them to be.

As soon as Shannon was out,
Raquel called Paulo and arranged for the crew to meet at the mansion where the Evans
family used to live. Raquel used a motorbike to get there. Paulo brought three
guys from the dock and a moving van.

The mansion was everything
Raquel had ever wanted in life. Marble columns, high ceilings, fine artwork on
the walls, expensive carpets on the floor...

“Don’t leave anything behind,”
Raquel told them.

While the guys from the dock
loaded the moving van, Raquel led Paulo to the master bedroom. Thick, red
drapes, a four-poster bed, an oriental rug, antique furniture—someday very
soon, she and Paulo would wake up in a bedroom like this. They would take
everything in this house to the street market and make tens of thousands. With
Teresa Silva’s ID in Raquel’s pocket and the Evans family bank records
somewhere in this home, they might make a lot more.

She went to the walk-in closet.

Three rows of expensive dresses
and suits—it was so massive that a sliding ladder was required to reach the
clothes on the top row! Raquel pulled the ladder to the back wall, climbed up, and
started throwing dresses to the floor.

She stopped three dresses in, a
black gown in her hand, a vision in her mind.

“Paulo, come in here,” she
commanded.

Paulo gasped at the size of the
closet as he stepped inside.

“Grab a suit, that black one
right there,” Raquel said, pointing at a dinner jacket on the bottom rack.

Paulo pulled it down and ran his
fingers over the fabric.

“It’s yours to get dirty now.”

The suit turned out to be a tuxedo,
complete with cummerbund and bow tie. It was a tight fit on Paulo’s body, but
he looked striking nonetheless. He looked like he was meant to wear it.

The black dress was a perfect
fit on Raquel, and it was only the beginning. There was a fully stocked vanity
at one end of the room. While the guys emptied the house of everything in it,
Raquel stayed in the bedroom, making herself up. For years, she’d had a vision
of how she would look when she was rich. Tonight, she was bringing the vision
to life. A loose and curly updo, the sort she hadn’t done for herself since she
was a teen, bright red lipstick, thick mascara, and the perfect black dress.

Paulo entered the room
.
“We found a safe in the wall,” he said. “Eliana cracked it open. I brought you
this.”

Stepping behind her, Paulo
slipped two silver and black earrings into her earlobes. They were a perfect
match for the dress.

“Clearly meant to be worn
together,” Raquel said.

“This too,” said Paulo,
stretching out a necklace in front of her. It was a skinny chain with a black
and silver pendant.

There was a small design
engraved onto the pendant. A circle with eight lines coming out. It looked like
the sun.

“This is my necklace now,” she
said. “And my name is no longer Raquel.”

“What is it then?” said Paulo.

She grabbed the girl’s passport
and flipped it open.

Bernadette Paiz was one of many
immortals in the audience when Nicky Bloom won the Date Auction. Like everyone
there, she watched in awe as the auction for Nicky Bloom seemed to fall apart,
only to be rescued at the last second by Ryan Jenson’s ten million dollar bid.

When it was over, and Bernadette
was walking down the stairs in front of the Penbrook Theater, her phone rang.

“Excuse me for a moment, Love,”
she said to her bond. “It’s Melissa calling.”

While Mark continued down the
stairs, Bernadette stepped off to the side and answered her phone.

“Come to the Bloom mansion at
once,” Melissa said.

“Nicky Bloom!” Melissa squealed.
She sounded manic, maybe even a little winded. “Her family is new in town. She
entered the Coronation contest.”

“I know who she is,” Bernadette
said. “Is everything okay?”

“I’ve uncovered treachery of the
highest order, and the Bloom family is guilty!”

Melissa was talking so loud
Bernadette had to hold the phone away from her ear. She had never known Melissa
to get so worked up over anything.

“So you’re at the Bloom mansion
right now?” Bernadette asked.

“Has anyone told you what just
happened at the Date Auction?”

A second of silence on the other
end, then Melissa said, “He must be in on it too.”

“In on what? Tell me what’s
happening.”

“I’ll tell you when you get
here. I want you to see it with your own eyes.”

“Shall I tell the others?
Perhaps we all can go over together.”

“No! Tell no one. I’m only
calling you and Lena. You’re the only two I can trust with this.”

Bernadette’s eyes drifted in the
direction of the sidewalk, where she saw Lena’s shiny black hair. Lena was
talking, or rather, whispering, to Renata.