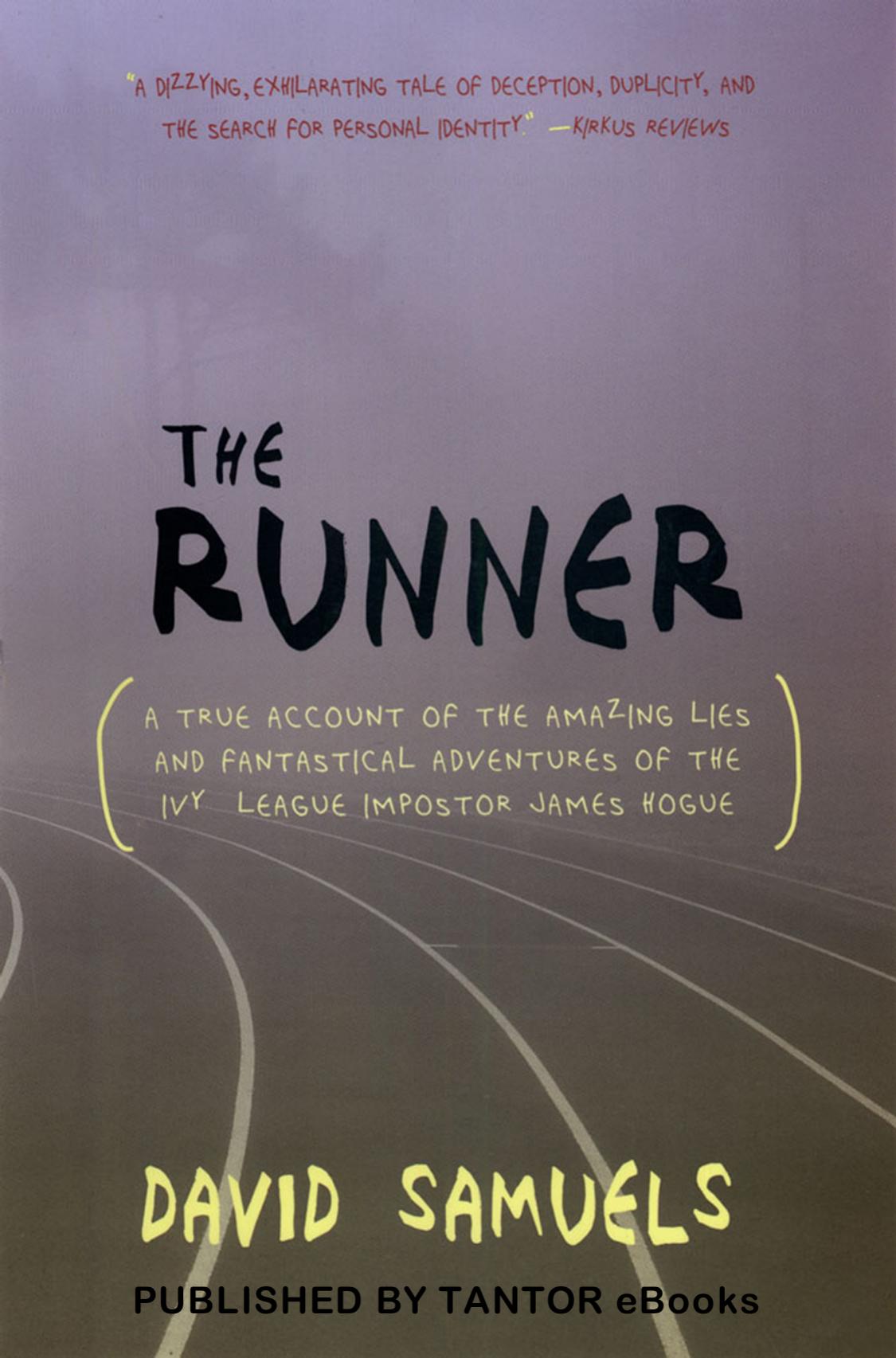 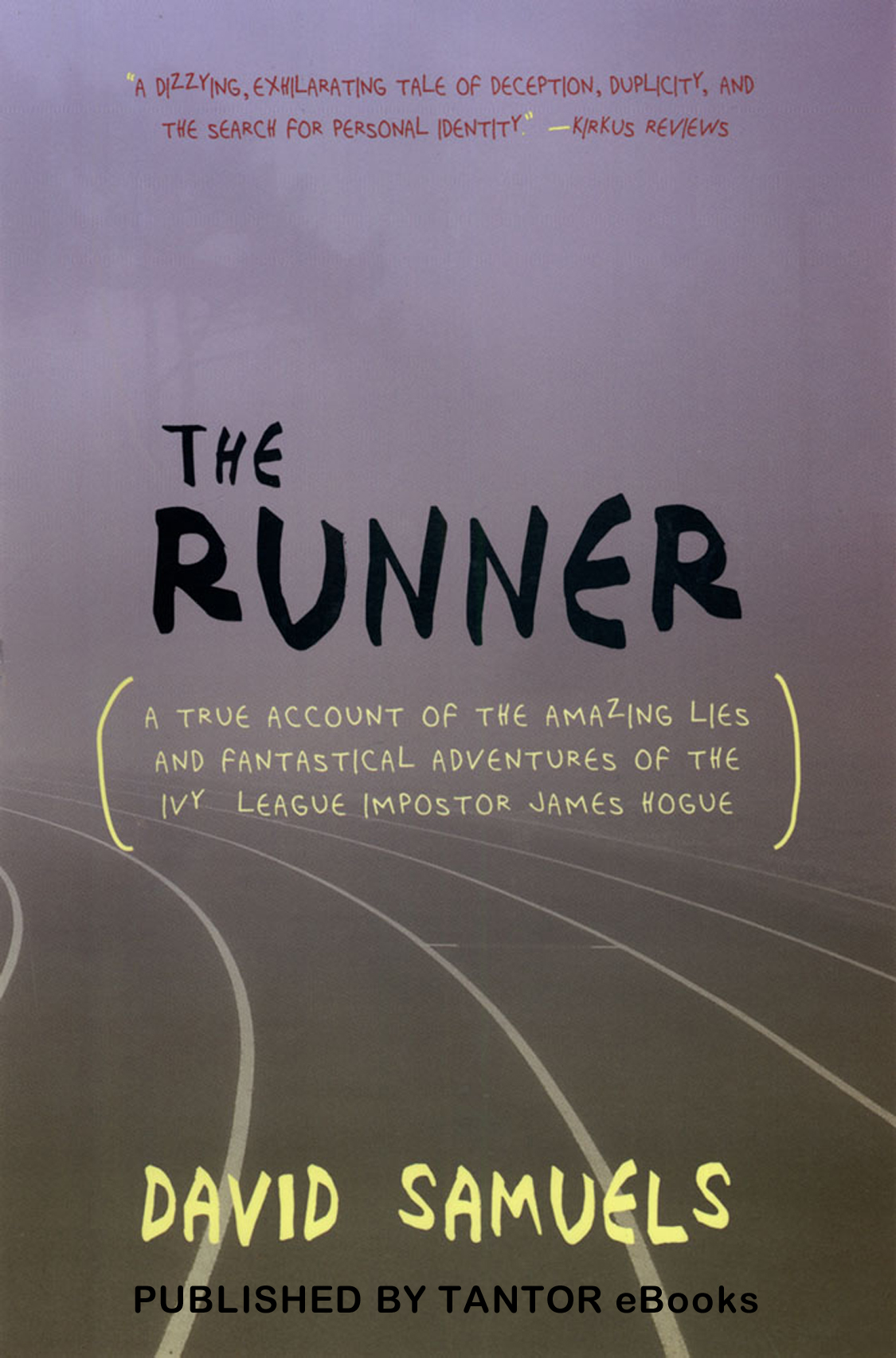 Fantastical Adventures of the

Only Love Can Break Your Heart

This electronic format is published by Tantor eBooks,

a division of Tantor Media, Inc, and was produced in the year 2012, All rights reserved.

IV. Christmas Is the Biggest Lie

VI. On the Run

III. The Loneliness of the Long-Distance Runner

IV. A Bicycle Built for Two

VI. The Legend of Alexi Santana

Early in the morning of January 9, 2006, a slight, boyish-looking man walked down a

snow-covered dirt road outside Telluride, Colorado, with the aim of leaving his old life behind him. Wearing a hooded sweatshirt to hide his face, he carried a pack on his back and a single duffle bag by his side, having dumped most of his worldly possessions near a water tower in a nearby forest.

Though he lived frugally and enjoyed a mostly solitary existence, the fugitive had also

made a surprising number of friends in Telluride, a wealthy ski town whose population is more or less evenly split among rich vacationers and landowners, the craftsmen who build and repair their houses, and immigrants from Mexico and Eastern Europe who do menial jobs. Some knew

him as a world-class distance runner who had competed at the highest levels of his sport and who still ran twenty miles a day in the winter on the mountain trails. Some believed that he was an Ivy League–educated engineer who had moved to Telluride six years earlier to build houses.

Others believed that he was a master carpenter who had spent time in Italy. Visitors to Telluride knew him as a successful entrepreneur who traveled the world installing custom-built safes in private homes. He spoke fluent Italian, Swedish, Norwegian, and Russian—the language that he used to communicate with his girlfriend, a gorgeous blonde doctor from the former Soviet Union who was preparing to join him in town.

preference for letting other people do the talking. An expert downhill skier who had appeared as a stunt double in ski movies, he was also a capable cook who baked his own bread and prided himself on his knowledge of food and wine. Even his closest friends, who very much enjoyed the fine meals he cooked for them in their homes, had a hard time remembering exactly where the stories that their guest told about himself left off and their own imaginations took over, and so the most basic facts about his life remained in dispute long after he skipped town. He was from Wyoming or else he was from Kansas. He graduated from the University of Texas, the

stories that were told about him were literally true, all of them bore some degree of family resemblance to the actual story of a life that would leave nearly everyone in town scratching their heads and wondering how and why they had been fooled.

Departing in haste on a cold winter morning, the young-looking man, who pretended to

be in his late twenties (he was forty-seven years old when he vanished from Telluride) left behind a collection of over seven thousand objects secreted in a hidden room in his basement, in and around his small house, and in a rented storage locker several miles away. Each of these trophies testified to his success in constructing a series of fictional identities for himself while penetrating deeply into the lives of other people who had what he lacked—a stable sense of

connection to his self, to his past, and to other people. Accounting for more than half the property crimes in Telluride over the better part of a decade, the collection was also a source of gifts that had helped the stranger make friends in town.

Depicted in hundreds of evidentiary photographs taken by the police after his departure,

the stranger’s hoard was a comical mix of expensive furnishings and junk. Among the stolen

objects he left behind were a pair of moose antlers, a set of medical books, several stuffed bears, expensive racing bicycles, a trove of rare Honduran mahogany, over a dozen fine rugs valued at over $25,000, power tools, nineteenth-century landscape paintings and engravings of birds, a carousel horse, an antique rifle, a working modern rifle, a Weber grill, two sinks, fifteen black trash bags filled with expensive linens, a set of carefully polished copper cooking pans, and a large Princeton University decal suitable for application to the rear windshield of a car. In his refrigerator was a case of chilled Dom Pérignon champagne that he had stolen from his friend David Eckley, a local developer. “He was a sweetheart, but dangerous in his own way,” Eckley told the
Denver Post
. “He just can’t seem to come to reality.”

While the value of the goods he stole in Telluride amounted to well over $100,000, his

career as a thief was only part of his story, which was darker and more heartbreaking than

anything that his friends, many of whom were also his victims, could have imagined. By the time the police obtained a new warrant for his arrest on January 10, 2006, the stranger had vanished from the state of Colorado. Based on the evidence he left behind, the police concluded that he intended to make a new life for himself somewhere in the former Soviet Union, where his

girlfriend lived. They believed that he might be intending to use the medical knowledge he had obtained from books to pass himself off as a doctor, or to obtain medical training under a new name and then return to the United States.

remarkable details of his story were in fact true. The man who lived in a ramshackle cabin in the woods had indeed attended Princeton University, where his talents were so obvious, and his life story so captivating and unusual, that his classmates talked about him as a likely Rhodes Scholar.

Instead, he became a kind of self-created mythic character whose memory lived on at Princeton, in Telluride, and the various other stops on his lonely and secretive journey. Driven by a

compelling private logic, he had traveled from the desert to the mountains, from Texas, to

California, to Utah, to Princeton, to Telluride, and places in between, while picking up and discarding a half dozen different identities. Along the way, he was convicted of nearly a dozen crimes, including three felonies. In his own mind, he was more like Bobby Fischer, playing a real-life version of chess against the institutions and laws that govern the actions of the solid majority. He took only what he felt he had to take. He was not violent. He only fooled people who wanted to be fooled.

At an altitude of almost nine thousand feet, surrounded by fourteen-thousand-foot-high

mountain peaks, Telluride is a good place to come if you want to shed your skin and become

someone new. The skiing is fantastic, with bright sunlight bouncing off dazzling white snow, so bright that it is impossible to ski the steep downhill runs without wearing dark goggles. The trails are shadowed by tall dark pines. The evenings in Telluride are like a photographic negative of the days, with ghostly, emptied-out mountains shadowing the velveteen darkness of the box

canyon below. With a million stars in the sky visible to the naked eye at once, the natural beauty of Telluride at night can be overwhelming in a way that the surface dazzle of the snow on the slopes can’t match. Telluride is a place where time moves in a different way than it does on the coasts. History starts, and then it goes into hibernation, and then it starts over again, twenty or fifty years later. For a period of more than decade, much of the wealth of the Americas came out of the mines here and in surrounding towns like Ophir and Placerville, in the last great gold strike on the American continent. Butch Cassidy robbed his first bank in Telluride, and more than one prominent local family is reputed to have made its money by providing whores to

miners. There are nice boutiques and expensive restaurants that serve celebrity guests like Oprah Winfrey and Tom Cruise. The local TV station, Plum TV, caters to visitors who spend their

winters in Telluride and their summers on Martha’s Vineyard, an exceptionally tiny but

profitable demographic that has replaced gold mining and drug dealing as Telluride’s leading source of wealth.1 It is easy to lose yourself here.

Bundled up in my black parka, I drove through the mountains with Jeremy Thompson,

who is part of the floating population of ski bums and trust-fund kids and seekers who make their way here, and stay for a while before they move on. Before he came to Telluride, he was a park ranger in Denali in Alaska, the wilderness park where a young adventurer named Chris

McCandless starved to death in an abandoned bus in August 1992, a story that inspired Jon

Krakauer’s book
Into the Wild.
Jeremy read a paperback copy of
Into the Wild
in Alaska, and enjoyed it very much. “Me and a bunch of my friends hiked out there to see the bus,” he

answered, when I asked him what he makes of people who venture off the beaten path and go it alone in such a radical fashion. As a fellow wanderer, he has a great deal of sympathy for

McCandless. “I don’t think he was so wrong as a lot of people said,” he suggested. “I think he was trapped there. He didn’t realize when he went in that the river would rise and he wouldn’t be able to get out.”

We rode for a while in silence, as the sky darkened and the detail of the mountains faded

into a phosphorescent sea of whiteness that rose above us like a cresting wave. There is nothing like these mountains back east. The extraordinary steepness of the mountains combined with

Jeremy said. We talked for a while about roaming around the country without any firm

destination in mind, and the benefits and the drawbacks of the traveling lifestyle. Eventually, the conversation circled back to McCandless.

“I could easily see myself doing the stuff that he did,” Jeremy said. “I left home six years ago. I’ve been moving around ever since.” McCandless was the victim of bad weather and bad