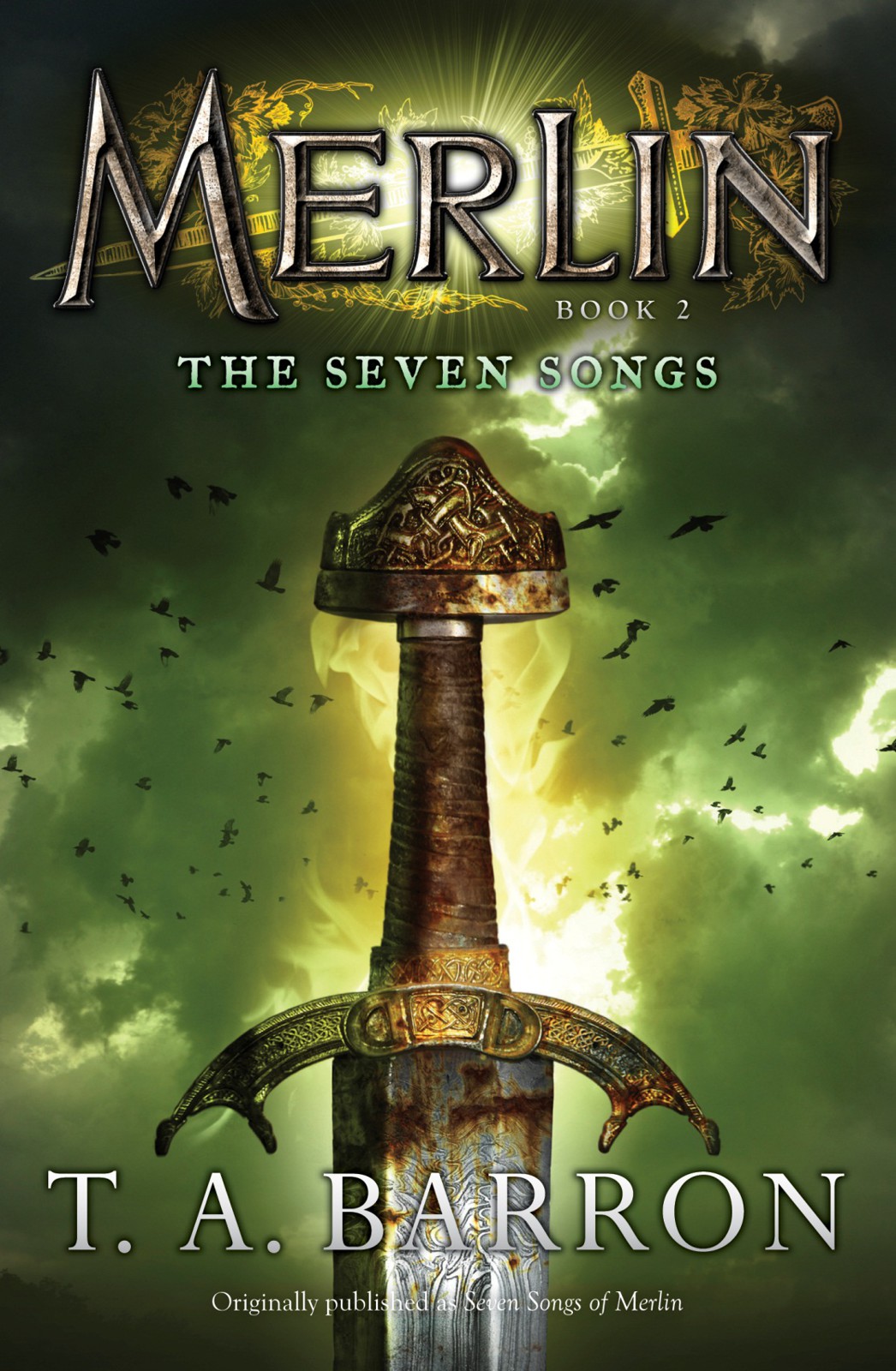 I am supposed to be a wizard?

I shambled down to the bottom of the stairwell. Despondently, I leaned close to the wall. Reaching out my hand, I touched the very first rune with the tip of my finger. It looked something like a squarish sunflower wearing a long, shaggy beard. Slowly, I traced its curves and creases, trying yet again to sense even a glimmer of its meaning.

I dropped my hand. Perhaps it was a matter of confidence. Of belief.
I was born to be a wizard, wasn’t I? Tuatha himself said so. I am his grandson. His heir.

Again I touched the first rune.

Again I sensed nothing.

Speak to me, rune! I command you!
Still nothing. I slammed my fist against the wall.
Speak to me, I say! That is my command!

Another painful moan echoed down the stairwell. My stomach knotted. I drew a slow, unsteady breath.
If not for me, then for her! She will die if I can’t find some way to learn your secret.
A tear drifted down my cheek.
Please. For her.

First published in the United States of America as

The Seven Songs of Merlin
by Philomel Books,

The Seven Songs
by Puffin Books, a division of Penguin Young Readers Group, 2011

THE LIBRARY OF CONGRESS HAS CATALOGED THE PHILOMEL BOOKS EDITION AS FOLLOWS:

“Volume two of ‘The lost years of Merlin.’”

Summary: Having stumbled upon his hidden powers, the young wizard Merlin voyages to the Otherworld in his quest to find himself and the way to the realm of the spirit.

Except in the United States of America, this book is sold subject to the condition that it shall not, by way of trade or otherwise, be lent, re-sold, hired out , or otherwise circulated without the publisher’s prior consent in any form of binding or cover other than that in which it is published and without a similar condition including this condition being imposed on the subsequent purchaser.

with special appreciation to
Ross
age two, who sees so well with his heart

Sometimes, in the long hours before dawn, I lie awake, listening. To the boughs of cottonwood, stirring in the wind. To the great horned owl, hooting quietly. And, on rare occasions, to the voice of Merlin, whispering. Before I could even begin to hear Merlin’s voice—let alone hear it clearly enough to tell the tale of his lost youth—I needed to learn a little. And to unlearn a lot. Most of all, I needed to listen with care, using more than just my ears. For this wizard is full of surprises.

The Lost Years of Merlin,
volume one of this sequence, revealed the strange events that began his years lost from time. Why should those years have disappeared from the traditional lore, only to come to light now, centuries later? The answer may have something to do with the profound changes—and terrible pain—that Merlin himself experienced in that period. Yet those years proved to be exceptionally important ones for the person who would one day serve as the mentor to King Arthur.

The story of Merlin’s lost years began when, as a boy at the very edge of death, he washed ashore on the rugged coast of Wales. The sea had robbed him of everything he had once known. Completely unaware that he would, one day, become the greatest wizard of all time, he lay tormented by the shadows of things he could not recall. For he had no memory. No home. And no name. From Merlin’s own words, we can feel the lasting trauma, and hidden hope, of that day:

If I close my eyes, and breathe to the rolling rhythm of the sea, I can still remember that long ago day. Harsh, cold, and lifeless it was, as empty of promise as my lungs were empty of air.

Now the young Merlin’s story continues. He may have solved the riddle of the Dance of the Giants, but a dark knot of riddles lies just ahead. Whether he can successfully pull them apart, in time to complete his quest, remains to be seen. The challenge is enormous. While Merlin has stumbled upon his hidden powers, he has not nearly mastered them. While he has heard some of the wisdom of the Druids, the Greeks, and the Celts, he has only begun to understand it. And while he has discovered his own name, and a hint of his true destiny, he has yet to find the secret of his innermost self.

In short, he does not yet know what it means to be a wizard.

If he is to find the wizard in himself, the young Merlin, who has already lost so much, must lose something more. Along the way, he may gain a few things, as well. He may finally learn the truth about his friend Rhia. He may grasp the difference between sight and insight. He may even find, to his sorrow, that he holds both the dark and the light within himself—even as he finds, to his joy, that he also holds other qualities often called opposites: youth and age, male and female, mortal and immortal.

Legendary heroes sometimes ascend through the three levels of self, world, and Otherworld. First he or she must discover the hidden pathways within. Next the hero must triumph over the enemies of mortal life on Earth. Finally, he or she must confront the perils and possibilities of the spirit. In a sense, Merlin alters this traditional pattern by attempting to voyage to the Otherworld in this book, only the second volume of the sequence. But Merlin, as we have seen, is not very good at following the rules. The truth is that in this book, as in the others, Merlin finds himself exploring all three levels at once.

Yet it is the Otherworld, the realm of the spirit, that holds the key to this quest. It is a mysterious place, rarely visited by mortals, full of danger as well as inspiration. If Merlin can somehow master the Seven Songs of Wizardry, defeat the same forces that destroyed his own grandfather, and discover the secret of the Otherworld Well, he could indeed find his way to the spiritual realm. If he does, he may meet both the mysterious Dagda and the treacherous Rhita Gawr . . . and whatever might be left of his loyal friend Trouble.

And, in the process, he may find something more. As W. B. Yeats once wrote, humanity has always yearned to find some connection with the cosmic order, “to reunite the perception of the spirit, of the divine, with natural beauty.” That is why the young Merlin, who first sensed his own powers of renewal by riding out a storm in the branches of a tree, struggles to make such a connection as he follows the winding path to wizardry.

This portion of Merlin’s journey begins where the last one ended, on the legendary isle of Fincayra. The Celts believed it to be an island beneath the waves, a halfway point between this world and the Otherworld. An
omphalos,
the Greeks might say. But Fincayra’s best description came from Elen, Merlin’s mother, who called it simply an
in between place.
Like the mist, which is neither quite water nor quite air, Fincayra is neither quite mortal nor quite immortal. It is something in between.

Merlin, too, is something in between. He is not truly a man, yet not truly a god. He is not really old, yet not really young. Carl Jung would have found him a compelling character, for Merlin’s mythic powers sprang from both the unconscious and the conscious, just as his wisdom flowed from both nature and culture.