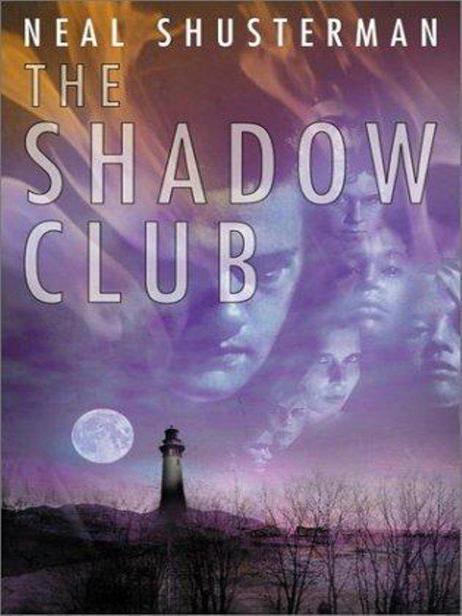 "This is a provocative novel. . . . The plot is ingeniously simple and the course of events compelling. It will leave readers thinking." —
Booklist
, starred review

"The mystery is well-constructed, with a logical yet unexpected finale that provides moral weight as well as plot satisfaction." —BCCB

"This engrossing book portrays how easily 'good' kids can lose control. Shusterman vividly conveys the overwhelming qualities of violent emotions and chillingly shows how a group of nice people can become a vengeful mob."                         —
Publishers Weekly

"Powerful. Every reader who has felt resentment will identify with these young people, their anger, and their terror." —
Kirkus Reviews

I suppose you want to know all about us, don't you? All the nasty, horrible details about the vicious things we did. . . .

Well, it wasn't like that—not to us anyway—not at first. Things just got carried away, that's all We were good kids—I mean really good kids. Not a single kid in the Shadow Club had ever done anything bad. Not at first.

I still don't know how it all happened. We just lost control—too many bad feelings have a way of spinning together into one killer tornado, and none of us in the Shadow Club knew how to stop it, or for that matter, where it was going.

in whose eyes I was never second best,

with whom I've come full circle.

The Fire and the Agony

The Charter at Stonehenge

The Best of Friends

Someone’s Idea of a Joke

What Happened to Randall

The Burning of the Charter

I SUPPOSE YOU want to know all about us, don't you? All the nasty, horrible details about the vicious things we did. How we planned the accidents, how we plotted against everyone who got in our way. That's what you want to hear, isn't it?

Well, it wasn't like that—not to us anyway—not at first. Things just got carried away, that's all. We were all good kids—I mean
really
good kids. Not a single kid in the Shadow Club had ever done anything bad and there wasn't a single delinquent in the bunch. Not at first.

I still don't know how it all happened. We just lost control, ya know—too many bad feelings have a way of spinning together into one killer tornado, and none of us in the Shadow Club knew how to stop it, or for that matter, where it was going.

I haven't told anyone the whole story yet. I don't like to talk about it, because it scares me. I get nightmares. When I was little, I got nightmares about werewolves, or dumbthings like that. Now I get nightmares about myself. And since it happened, I've been catching other kids looking at me funny, like I'm a different person now, like I'm that monster I dream about. But it's not true! And I don't know how to prove to them that
I'm still me!
I'm just a whole lot smarter now, that's all.

Like I said, I haven't told anyone, but I can't keep it in anymore. If I do, I'll go crazy.

So listen closely. I'll tell you all there is to know about the Shadow Club . . . but you have to promise you won't hate me when I'm done.

I'll begin long before any of the bad stuff happened, before I spied on Tyson McGaw—even before the first meeting. Way back when that tornado wasn't even a breeze, just a bunch of thoughts kept secretly in the back of our minds, thoughts we were sure no one else could understand.

It all started that day in the graveyard. . . .

IT WAS THE strangest place for anyone to have a wedding, and whoever came up with the idea of having weddings there must have had a very sick mind. This town has to be the only town in the history of the world that has weddings in a cemetery.

Anyway, it was the first day of September, and we all stood there in the rose garden at the very edge of Shady Bluff Memorial Park, sipping punch from tiny cups and stuffing our faces with little cheese hors d'oeuvres, waiting for the wedding to start. Cheryl's mom was getting married.

Cheryl had been nervously chewing the lip of her cup until there was none of it left, and checking to see if her hair was still in place. She had good reason to be nervous, since it was her mother's wedding, and she was about to have a new father, but that wasn't the only reason she was nervous.

"I just know they're going to ask me to sing," Cheryl mumbled under her breath.

"Sing. They're going to ask me to sing."

"No, I mean later," said Cheryl, "at the house, during the party. They always ask me to sing."

Randall rolled his eyeballs so far back you could almost hear them turning in his head. "Like when?"

Cheryl thought for a moment, then a smirk spread over her face.

"Like at
your
birthday party!" she said triumphantly. She looked at me, but I knew better than to stick my nose in this one. My nose has been whacked too many times for being where it never should have been in the first place. This was
their
argument.

"Yeah, well guess what?" said Randall, "I got news for you—nobody asked you. You got up there and sang anyway, all on your lonesome."

"That's not true," said Cheryl. "Somebody asked me."

"I don't remember who, that doesn't matter. The point is that I was asked . . . and as I recall, everyone clapped."

"They clapped because I blew out the candles," said Randall.

"You were louder than everyone else, you mean—andyou didn't have to stand on a chair. That was embarrassing."

It was about this time that I forced my ears closed and tuned the two of them out. True, Cheryl and Randall were my friends, but there's only so much stupid-talk a human brain can listen to—and when Cheryl and Randall got started, they could stupid-talk each other till their mouths wore out. I turned off my brain whenever my parents did it, and I turned off my brain whenever my friends did it.

I was closer friends with Cheryl than I was with Randall. In fact, you could say that Cheryl was my best friend. She had been my best friend all of my life, or as far back as I could remember; back to the days when it was all right for little boys to play with little girls, because we didn't really know the difference, and through the time when everyone would make fun of us because boys were supposed to do boys' things with boys, and girls were supposed to do girls' things with girls. Now, no one much bothered us, because at fourteen everyone has more sense. Besides, people envied us, because everyone was so sure we were a lot more than we really were, if you know what I mean. Other kids always think that kind of thing if you're friends with a girl.

Anyway, neither Cheryl nor Randall knew when to shutup, or when to give up, since they were always so convinced that they were right. They argued like lawyers, which is something they both got from their mother, who
is
a lawyer. This time, however, I knew for a fact that Randall was right. No one had asked Cheryl to sing at that party. The only person that was asked to sing was Cheryl's cousin Rebecca, and luckily, Cheryl was out back when it happened, or else she would have been in an evil mood for the rest of the day. Cheryl hated Rebecca about as much as I hated Austin Pace . . . but I'll leave that for later.

"You just watch," said Cheryl. "Mom will come over to me and ask me to sing when she and Paul have their first dance. I'll bet you."

"Fine. It's settled then," I said, just to shut them up. "The winner gets no money, but will get to hang their victory over the other person's head for the rest of their life, all right?"

"Good. Now both of you shut up, because it looks like they're going to start."

In a few minutes Randall and Cheryl left to join the bridal party, which would come down the aisle along with the bride. My parents found me and we went to sit in the rows of chairs by the little vine-covered gazebo in which the wedding would take place.

The air was still warm that day, as if it had forgotten autumn was coming pretty soon—but the trees remembered. You could tell that they were just about ready to start turning colors. It was a nice day for a wedding.

Cheryl came down the aisle with the rest of the bridesmaids. I knew she hated all that makeup and hair spray, but I have to admit, I'd never seen her look so beautiful—even more beautiful than her mother did in her wedding dress. Of course I couldn't tell Cheryl that; she tended to punch people who told her she looked beautiful.

As the ceremony went on, I saw Cheryl's cousin Rebecca on the other side of the aisle. She sat there like a little princess, all four feet of her, pretending to be the cutest thing on earth, like she was taking Shirley Temple lessons or something. Even just sitting, you could sense that air about her. Like she was the one in Cheryl's family that everyone adored, and she knew it. I could see why Cheryl resented her; who wouldn't? All that pretend sweetness all rolled up into one tiny body. What made it even more irksome for Cheryl was that next week Rebecca would make her grand entrance into our junior high, and would, as always, set out to top anything Cheryl had ever done.