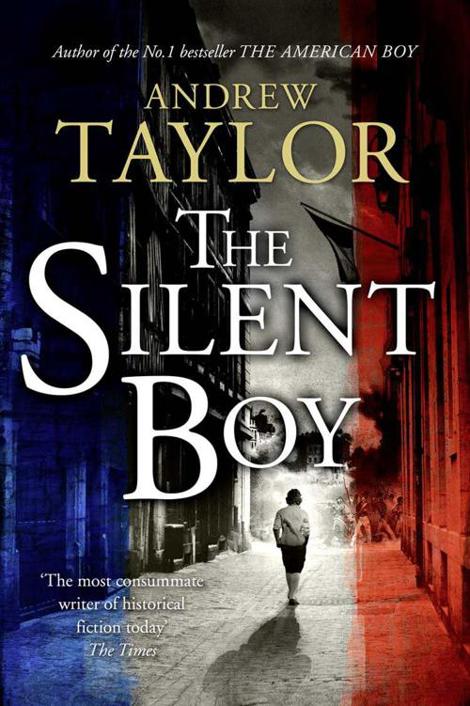 From the No. 1 bestselling author of THE AMERICAN BOY comes a brilliant new historical thriller set during the French Revolution.

Paris, 1792. Terror reigns as the city writhes in the grip of revolution. The streets run with blood as thousands lose their heads to the guillotine. Edward Savill, working in London as agent for a wealthy American, receives word that his estranged wife Augusta has been killed in France. She leaves behind ten-year-old Charles, who is brought to England to Charnwood Court, a house in the country leased by a group of émigré refugees.

Savill is sent to retrieve the boy, though it proves easier to reach Charnwood than to leave. And only when Savill arrives there does he discover that Charles is mute. The boy has witnessed horrors beyond his years, but what terrible secret haunts him so deeply that he is unable to utter a word?

Praise for The Scent of Death:

'A mesmeric read' The Times

'The 18th-century tone and voice is beautifully achieved: Taylor is as good at this period as C J Sansom is at Tudor England' Independent

Guardian Praise for The American Boy: 'A wonderful book, richly composed and beautifully written ... enthralling from start to finish'

The Times, Top Ten Crime Novels of the Decade

'Hugely entertaining, beguiling and atmospheric' Observer, Books of the Year

'A most artful and delightful book' Daily Telegraph, Books of the Year

Andrew Taylor is the multiple award-winning author of The American Boy, his No. 1 bestselling historical novel which was a 2005 Richard & Judy Book Club choice. He has won many awards, including the CWA John Creasey New Blood Dagger, an Edgar Scroll from the Mystery Writers of America, the CWA Ellis Peters Historical Award (the only author to win it three times) and the CWA's prestigious Diamond Dagger, awarded for sustained excellence in crime writing. 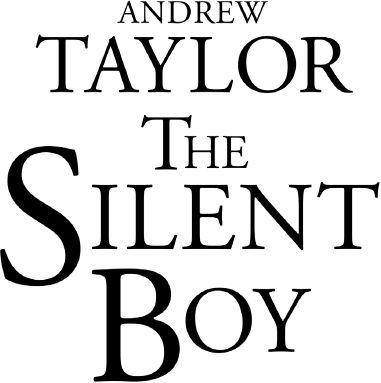 Andrew Taylor asserts the moral right to be identified as the author of this work.

This novel is entirely a work of fiction. The names, characters and incidents portrayed in it, while at times based on historical fact, are the work of the author’s imagination.

All rights reserved under International and Pan-American Copyright Conventions. By payment of the required fees, you have been granted the non-exclusive, non-transferable right to access and read the text of this e-book on screen. No part of this text may be reproduced, transmitted, down-loaded, decompiled, reverse engineered, or stored in or introduced into any information storage and retrieval system, in any form or by any means, whether electronic or mechanical, now known or hereinafter invented, without the express written permission of HarperCollins.

Now and always Charles sees the blood. It runs down his cheek and soaks into his shirt. He licks his dry lips and tastes it, salty and metallic and forbidden.

He has fallen as he ran down the steep stairs. He’s lying on his back. He looks up. It is raining blood from a black sky striped with yellow. Blood glistens in the light of the lantern on the table.

There’s shouting and banging outside.

Inside, the blood is crying out. It’s screaming and shouting and grunting. The sound twists through his skull. It cuts into bone and splinters into a thousand daggers that draw more blood.

He scrambles to his feet. His shoes are by the door. He slips his feet into them.

Awake and asleep, here and anywhere, now and always. Never any words.

Charles lifts the latch and drags open the heavy door. No more words.

Charles darts out of the cottage and pulls the door shut. The cobbled yard is in darkness. So are the workshops and the big house beyond. Above the rooftops, though, the air flickers orange and yellow with the light of torches. The noise is deafening. He wants to cover his ears.

The tocsin is ringing. There are other bells. Their jangling fills the night and mingles with the host of unnatural sounds. The street on the far side of the house is as noisy as by day – much noisier, with shouts and screams, with barks and explosions, with the clatter of hooves and the grating of iron-rimmed wheels.

Someone begins to knock at a door – not with a hand or a knocker. These blows are slow and purposeful. They make the air itself tremble. Glass shatters. Someone is shrieking.

Wood splinters. They are breaking down the door of the main house. In a matter of minutes they will be in the yard.

Charles stumbles towards the big gates beyond the cottage. Two heavy bars hold them shut, sealing the back of the yard. In one leaf is a little low wicket.

At night the wicket is secured by two bolts. He fumbles for them in the darkness, only to find that they are already open.

Of course they are.

He pushes the gate outward. Nothing happens. Locked, not bolted? In desperation he tugs it towards him. The gate slams into him with such force that he falls on the slippery cobbles.

The cottage door is opening.

Panic surges through him. He is on his feet again. The lane outside the gate is in darkness. He leaps through the wicket. The lane beyond runs parallel to the street. The warm air stinks of decay. The city is so hot it has gone mad.

In the confusion, he is dimly aware that the hammering from the house has stopped. There are lights on the other side of the yard. Shutters are flung open. The windows fill with the light of hell.

Chains rattle, bolts slide back. A dog is barking with deep, excited bellows.

Through the open wicket he sees the house door opening. He glimpses the black shape of a huge dog in the doorway.

Charles covers his mouth with his hand to keep the words inside from spilling out. He turns and runs.

There is so much confusion in the world that no one gives Charles a second glance. They push past him. They cuff him out of their way as if swatting a fly.

He is of no interest to them. He is nothing. He is glad to be nothing. He wants to be less than nothing.

He shrinks back into a doorway. He sees blood everywhere, in the gutters, on the faces and clothes of the men and women hurrying past him, daubed on the wall opposite.

At the corner of the street, the crowd has surrounded a coach. They are pulling out the man and the woman inside and throwing out their possessions. A hatbox falls open and the hat rolls out. A man stamps on it.

The woman is crying, great ragged sobs. The gentleman is quite silent. His eyes are closed.

Prophecy by Paula Bradley
Secret Obsession by Kimberla Lawson Roby
Blackbird Fly by Lise McClendon
Whatever by Ann Walsh
The Sheriff and the Mayor by Starla Kaye
Deadweather and Sunrise by Geoff Rodkey
Precious and the Mystery of Meercat Hill by Alexander McCall-Smith
The Hummingbird by Stephen P. Kiernan
Romancing the Nerd by Leah Rae Miller
The Unquiet Dead by Gay Longworth