Read The Society of S Online

The Society of S 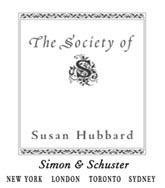 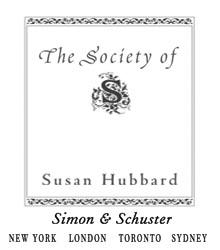 —
EDGAR ALLAN POE
,
THE COLLOQUY
OF MONOS AND UNA

Yet a little while is the light with you. Walk while ye have the light, lest darkness come upon you: for he that walketh in darkness knows not whither he goeth. While ye have light, believe in the light, that ye may be the children of light.

One
In My Father’s House

Two
On the Road South

Three
The Blue Beyond

O
n a cool spring night in Savannah, my mother is walking. Her clogs make sounds like horses’ hooves against the cobblestone street. She passes among banks of azaleas in full bloom and live oak trees shrouded in Spanish moss, and she enters a green square bordered by a café.

My father is seated on a stool at a wrought-iron table. Two chessboards spread across the table, and my father has castled on one when he looks up, sees my mother, and drops a pawn, which falls against the tabletop and rolls onto the sidewalk.

My mother dips to pick up the chess piece and hands it back to him. She looks from him to the two other men sitting at the table. Their faces are expressionless. They’re tall and thin, all three, but my father has dark green eyes that somehow seem familiar.

My father stretches out a hand and cups her chin. He looks into her pale blue eyes. “I know you,” he says.

With his other hand he traces the shape of her face, passing twice over the widow’s peak. Her hair is long and thick, russet brown, with small wisps that he tries to smooth away from her forehead.

The other men at the table fold their arms, waiting. My father has been playing both of them simultaneously.

My mother stares at my father’s face — dark hair falling away from his forehead, straight dark eyebrows over those green eyes, lips thin but shaped in a cupid’s bow. Her smile is shy, frightened.

He drops his hands, slides off the stool. They walk away together. The men at the table sigh, and clear the chessboards. Now they’ll have to play each other.

My mother waves her hand in the direction of the art college. He puts his hand on her shoulder, lightly, letting her lead.

“What’s this? A bug in your hair?” he says suddenly, pulling at what seems to be an insect.

“A barrette.” She takes the copper dragonfly from her hair and hands it to him. “It’s a dragonfly. Not a bug.”

He shakes his head, then smiles. He says, “Hold still,” and carefully slides a lock of her hair through the dragonfly, then pins it behind her left ear.

They turn away from the college. They’re holding hands now, walking down a steep cobblestone street. It’s growing dark and chilly, yet they pause to sit on a cement wall.

My mother says, “This afternoon I sat at my window, watching the trees grow dark as the sun went down. I thought,
I’m growing older. I have only so many days left to watch the trees darken. Someone could count them.”

He kisses her. It’s a brief kiss, a rough touching of lips. The second kiss lasts longer.

He bends to cover her face — forehead, cheeks, nose, chin — with small, quick brushes of his eyelashes. “Butterfly kisses,” he says, “to keep you warm.”

My mother looks away, amazed at herself. In a matter of minutes she has let so much happen, without hesitation or protest. And she isn’t stopping it now. She wonders how old he thinks she is. She’s sure she’s older — he looks about twenty-five, and she has recently turned thirty. She wonders when she should tell him that she’s married to Professor Morton.

They stand up and walk on, down concrete steps leading toward the river. At the bottom of the steps is a closed cast-iron gate.

“I hate moments like this,” my mother says. Her shoes can’t climb gates.

My father climbs over the gate and opens it. “It wasn’t locked,” he says.