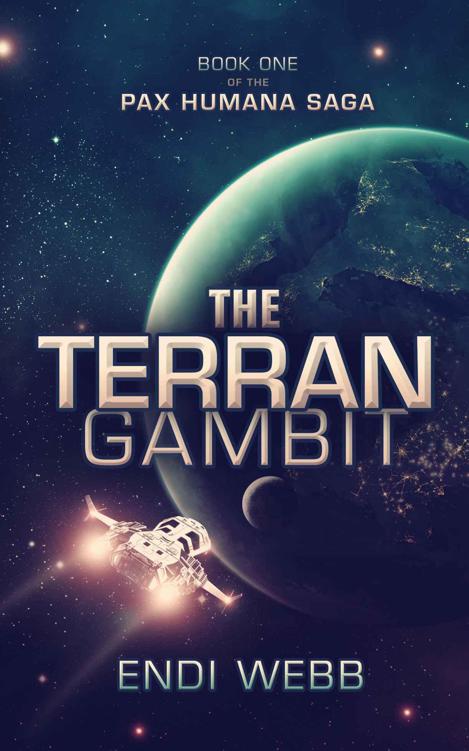 My wise and all-knowing editor,

the
dozens of early reviewers,

good
friends in my FB author groups who cheered me on and stuffed me full of crazy good advice,

and
finally, my amazing readers, who are the most important people to any author. Without you, I’m just some crazy guy typing like mad.

To Jenny, who believed I could do it.

To L., who wrote her own while dad wrote his.

To C., who wondered where Dad went for a month

“
T
EN SECONDS TO IMPACT!
” yelled the balding gunner, but the pilot maintained his steely grip on the controls. There was only one fighter flying away intact from this little game of chicken, and Jacob Mercer would be damned if it were the enemy Corsican’s bird.

“Jake, buddy, they’re not pulling away! If we hit them, we’re all goners!”

“Explain it to them.” Jacob held the enemy fighter in his sights. The ship still only appeared as a tiny dot nearly washed out by the shimmering blue atmosphere far below, but it quickly grew larger, and streaks of ion beams erupted from it straight at their own fighter. He gripped the controls and veered side to side to avoid the fire, but held his course straight at the enemy ship, unshaken by the deadly onslaught. At the edge of his awareness he heard klaxons indicating several hits by the ion beams, and answering gunfire erupted from his own ship’s guns, but he hardly heeded them.

He would not lose this fight, dammit.

He held his breath and wanted to close his eyes, but he didn’t take his gaze off the enemy ship, now looming large through the front viewport. Ramming the gravitic accelerator, he began a full-throated battle-cry.

Kit winced. “One se—” he gasped, “—they pulled off,” he said unnecessarily as Jake was already yanking up on the controls. In one fluid motion their fighter flipped one hundred and eighty degrees from its previous course, and Jake blasted the gravitic drive to full power, effectively reversing course in less than a second. The gravitic field, of course, accelerated all parts of the ship and every cell and molecule of their bodies at the same rate so they felt no g-forces, but it was disorienting all the same.

“Kit! Go!” Jake yelled out. The gunner squeezed his trigger, getting a lock on the enemy ship, and letting out a sigh of relief as it exploded into a brief fireball, extinguished soon after by the near vacuum of the exosphere. “Bastards,” Jake muttered. “Nice shot, Rooster.”

Kit glared sidelong at him. He had finally stopped objecting to the call sign his squad mates had dubbed him with. “Nice flying. I think. Hey, how about not doing that again. Mm-kay?”

Jake grinned, but ignored the request. “Any more contacts?”

The gunner glanced down at the sensor readout. “Yeah, about twenty more bogies between us and Liberty Station. The rest of viper squadron engaged.” All around the fighter the space battle raged, bright blue shafts indicating the ion beam fire from the fleet of Corsican Empire ships, punctuated with staccato bursts of red from the smaller Resistance fighters. But this time the Resistance was not out-numbered. This time they had the advantage.

This time they would win, and kick New Rome with its “Pax Humana” off the planet and back to the cesspool of a world they came from. Jake keyed in a new course and sped the fighter around towards the shipyards to join his squadron.

Leaning into the cockpit window at his right, Lieutenant Mercer peered down at the Earth. Far below, he could make out the Florida peninsula, mottled green and blue with everglades and water. Squinting down to the tip, he tried to make out Miami, searching it for smoke, but he knew they were unlikely to see any from this altitude.

“Did any bogies make it through?” Kit asked.

“Don’t think so. We’d probably have seen some smoke plumes over the base in Miami by now if one had. Either from their bombs, or the base’s ion cannon blasting them out of the sky.”

“Right,” Kit muttered before glancing at his readout. “Contact. Three o-clock and up.” The man pointed above Jake’s head.

The craft veered to the right and away from the Earth, closing like a dart on its next unlucky target. With the help of a few simple maneuvers by Mercer, Kit dispatched the Imperial Corsican fighter with a single burst.

“Yeah, baby!” Kit said, reaching over to slap his friend on the helmet. Jake smiled, and gunned the engine to point back toward the shipyards—their original target that day.

The uprising was only in its second week, but already the Resistance had captured most of the key imperial installations on the surface, with only a few holdouts in Asia, and was now working its way through all the remaining military targets in orbit. Two orbital defense platforms had fallen into Resistance hands the day before, but the lynchpin to the orbital space over the Earth was the shipyards: Liberty Station. Without it, the Empire would suffer a huge strategic loss in the Terran system, leaving them only a few outer solar system outposts—posts which the Resistance would easily take once the major battles were won.

Mars, of course, had fallen back to the Resistance within the first few hours of the uprising. Those hardened colonists had never taken guff from anyone, and Jake supposed the empire boys never knew what hit them there. “What’s the status on the disruptor field, Kit? We’ll never be able to get the landing parties on there if it’s still in place.”

“Scanning,” the other man said. He furrowed his still youthful brow and studied his console before blowing out an exasperated breath. “Still up,” he said, and added, “contact. Right behind us.”

“Roger.” Jake dove the fighter straight down towards the atmosphere, weaving around the falling wreckage of broken ships and debris, trusting that the superior maneuverability of their craft would permit them to outfox their pursuer and then charge it from a more favorable vector.

“He’s still on us.” Kit started to reach for the comm. “He’s good. I’m calling backup.”

“No need,” said Jake, grunting as he flipped the ship around a particularly large piece of debris, probably from one of the larger capital ships that had exploded earlier—he couldn’t tell if it was Terran or Corsican.

A garbled voice came over the comm. “Viper six, viper two. Looks like you’ve got yourself a tail, Rooster.”

The voice laughed. “I’m there in five. Don’t go nowhere.”

Lieutenant Mercer glanced behind him out the side of the cockpit, and noted the other fighter weaving behind, matching his own flight pattern and closing in. “Crash, where are you, man?”

Jake grunted again. “Trying…” He weaved this way and that through the cluttered debris field, praying he didn’t slam them into a small piece of junk that doesn’t show up on sensors. At their speed, even a stray bolt would tear through the cabin.

Bright blue flashes illuminated their faces, and Jake swore. The enemy ion beams packed a lot of punch, and could nearly blind the eyes if stared at for too long.

The comm crackled. “Yee-haw!” Red bursts replaced the blue beams around them, and Jake could almost swear he heard an explosion far behind in the blackness of space. An illusion, of course, but it heartened him all the same to look back and see the expanding debris field of their former pursuer.

A whoop from Kit made Jake snap his head around, looking for the next bogey.

“It’s down! Disruptor field is down!”

Good. Time to escort the boarding ships, and take back their world once and for all. “Laying in approach vector to the
Fury
.” He looked out the window and spied a distant gray dot in an even higher orbit, looking more like a flea than a massive capital ship. The boarding parties would be disembarking now, and the enemy fighters would swarm them like angry bees. That is, those that were left, and he grinned at the husks of enemy fighters still falling, blazing through the atmosphere.

He pushed the gravitic accelerator to maximum, and saw the speed indicator shoot up past eleven kps. Nearly escape velocity, he noted.

The comm jolted his attention back to the cabin. “Viper squad, viper leader. Commence escort plan. Pair up. Viper nine on me since viper ten is gone.” Jake swore again. Curt was dead. And his gunner—he couldn’t remember her name, she was so new. Too many friends had left that day. Too many loved ones. But it would all be over soon. Victory was near.

As their craft decelerated, the field of battle snapped into view. The
Fury
—the rebels’ main capital ship—occupied the center of an angry swarm of enemy fighters. A screen of defensive fire blazed off of the massive vessel, suppressing enemy movement towards the main shuttle bays on the starboard side. An occasional unlucky Corsican ship burst into a brief fireball every now and then, caught between the anvil of a defensive screen and the hammer of a small armada of Resistance fighters now pressuring them.

“Crash, you still with us?”

“Sure am, Shotgun,” the voice responded through the comm.

“On me. Our charge is leaving the
Fury
now.”

Kit pointed out the front viewport. “There. She’s coming out.” Jake nodded, and glanced all around to ensure no enemy fighters had marked the bloated troop carrier now sailing gracefully out the shuttle bay doors.

The commander of the troop carrier responded. “Roger that, Viper six. You and Rooster just keep the bastards off us for twenty seconds and we’ll do the rest.” The voice over the speaker laughed as someone next to him said something inaudible.

“What was that?” Jake said.

“Nothing. Just Sergeant Warner here making a funny about your gunner. Something about nailing the Corsicans with his giant co—”

“Thank you. Viper six out,” said Kit, cutting off the comm with a scowl on his face.

“What?” Jake grinned, knowing he was about to be chewed out yet again for the moniker: Rooster.

Kit thumbed his trigger anxiously, scanning the space around the troop carrier that they now flanked. “I’m never forgiving you for that callsign.”

“Hey, it’s your fault for getting drunk off your ass in that dingy joint and then whipping it out for all the world to see. You should have seen the look on—”

“Got it.” Jake pulled up on the controls. “Crash, stay with the carrier.”

“Roger, Shotgun,” said the voice over the comm.

The fighter peeled up, away from the carrier and towards the
Fury
hovering in space behind them, railguns and laser turrets still blazing away at the swarms of fighters.

“Let it go, Shotgun. He’s trying to draw us away from the carrier. Let hornet squad handle it.”

Jake grumbled, but steered the nose back to the boarding ship and pulled out ahead of her. “Is it coming back?”

“Negative,” said Kit. “New contact, though. Straight ahead.” He leaned forward and peered at his console with a look of disbelief. Holy mother of—”

“It’s closing, way past engagement speed. One kps at least. Jake, it’s on us. It’s going to hit!”

“I am!” Kit squeezed the trigger and red streaks shot out the bow. Several hit the approaching bogey dead on, and Jake could see debris fly off the vessel, but it was not enough to stop it. He recognized the tactic—the Corsicans didn’t often do suicide runs, at least, not Corsicans from the actual world of Corsica.