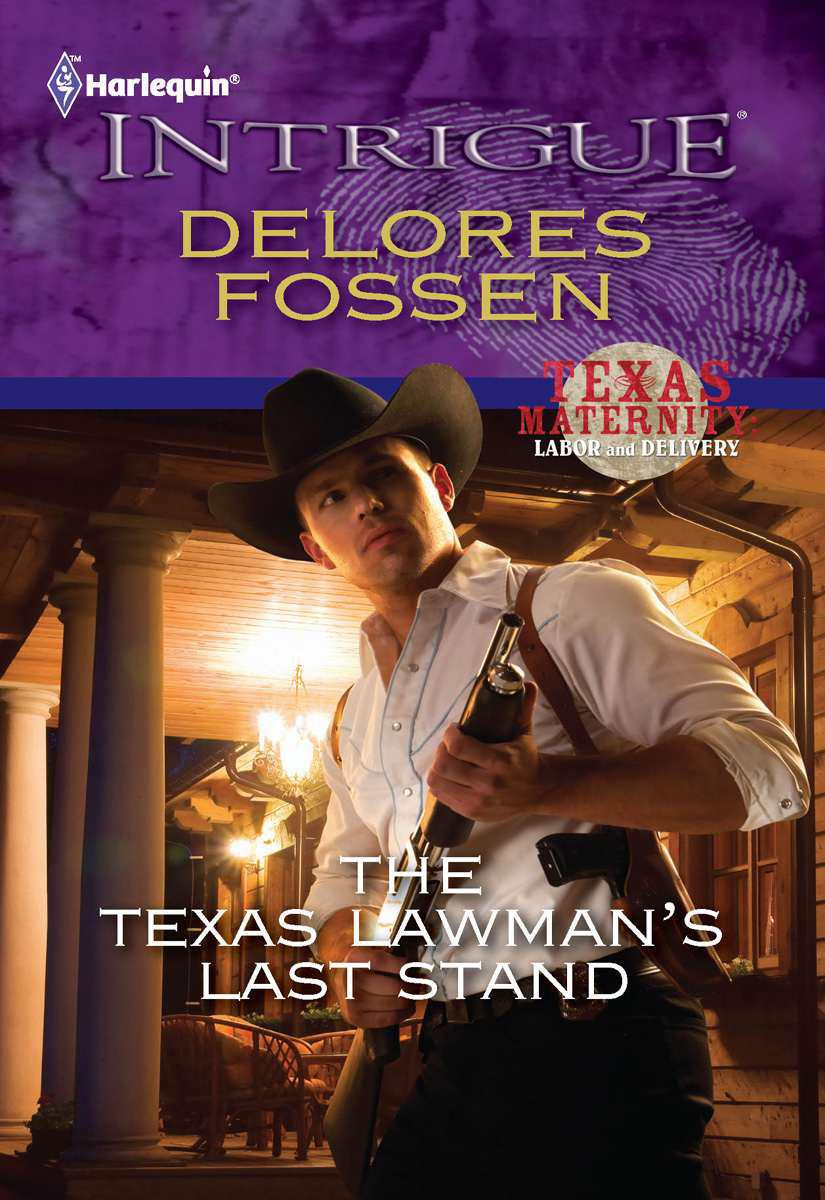 “Oh.” She quickly tried to fix that. Talk about wearing her heart on her sleeve.

She didn’t answer. She just stared back.

“How?” she blurted out. Great. Now she’d just opened a box that should be left closed.

The corner of his mouth rose and he crushed his mouth against hers for just a split-second kiss. “How the hell do you think we’ll deal with it?”

No smile this time. “We’ll be more amicable to each other if I’m…well…having sex with you.”

“Amicable,” she repeated. That wasn’t the word she would use. “It would be very…” And here she tried to figure out the best way to put it. “Satisfying.”

“Hell, when I get you in my bed, I won’t be aiming for something satisfying or amicable. I figure if we’re going to screw up our lives, then it might as well be something to remember.”

Imagine a family tree that includes Texas cowboys, Choctaw and Cherokee Indians, a Louisiana pirate and a Scottish rebel who battled side by side with William Wallace. With ancestors like that, it’s easy to understand why Texas author and former air force captain Delores Fossen feels as if she were genetically predisposed to writing romances. Along the way to fulfilling her DNA destiny, Delores married an air force top gun who just happens to be of Viking descent. With all those romantic bases covered, she doesn’t have to look too far for inspiration.

Lieutenant Bo Duggan
—Thirteen months ago his wife was one of the maternity hostages who died, leaving him to raise their newborn twins. But Bo’s world is turned upside down again when an attractive P.I. shows on his doorstep and insists one of the babies is hers.

Mattie Collier
—After being outed while in Witness Protection, Mattie had no choice but to leave her newborn daughter with Bo’s now late wife. Mattie knows that reclaiming her child won’t be easy, but she hadn’t counted on her arrival bringing out a killer or on the hot attraction between her and Bo.

Holly Duggan
—Mattie’s thirteen-month-old daughter. Holly doesn’t even know that Mattie is her mother. The only parent she knows is her daddy, Bo.

Jacob Duggan
—Bo’s thirteen-month-old son gives Mattie a warm welcome, but he’s too young to know that with Mattie around, he could be in danger.

Kendall Collier
—Mattie’s uncle, whose shady business dealings might have come back to haunt them all. Does someone from Mattie’s and Kendall’s past want her dead?

Marshal Larry Tolivar
—He claims he wants to protect Mattie and place her back in Witness Protection, but bad things seem to happen when the marshal is around.

Terrance Arturo
—A P.I. who seems to be following Mattie. But why? And who hired him?

Ian Kaplan
—He works for Kendall and doesn’t hide that he’s in love with Mattie, but she’s not sure Ian has her best interests at heart.

Cicely Carr
—Kendall’s wealthy fiancée, who seems willing to do anything to protect the man she loves.

With her heart in her throat, Mattie Collier waited for more rounds of fire. They didn’t come, thank God. And judging from the scene unfolding on the live news report on TV, this was the end of the hostage standoff.

The nightmare was over.

Blinking back tears, Mattie knew it was time for her to die,
again.

Another faked death, another run for her life. She’d done it before when she’d gone into the Federal Witness Protection Program six months earlier.

This time, it would be much, much harder.

Harder, because of her newborn baby. Her precious daughter was a mere two hours old. She was too young to be in the path of danger, and Mattie knew it was too big a risk to try to escape with her. If she failed, if they caught her, the unthinkable could happen.

On the muted TV in the nurses’ lounge, Mattie could now see the police and firemen outside the four-story hospital. Reporters, too. They had their cameras aimed at the building where Mattie and the others were still hiding and waiting for the official end of the nine-hour hostage standoff.

Their captors, the gunmen who’d terrorized them for those nine hours, had stayed concealed behind ski masks, and Mattie had only gotten a glimpse of them before she and another patient had escaped and hidden in the nurses’ lounge at the end of the maternity ward hall. Now, without explanation, their captors had apparently given up and perhaps even managed to get out of the building despite every attempt to stop them.

Any minute, San Antonio PD would storm the hospital to look for injured patients or perhaps even another gunman. The officers would eventually make it to the fourth floor, where she was, and if Mattie allowed them to rescue her, the photographers who were no doubt waiting outside could snap her picture. The wrong people could learn that she wasn’t dead after all.

And that was a sure way to get her and her precious daughter hurt, or worse.

With her baby cradled in the crook of her arm, Mattie got to her feet. Not easily. She was still dizzy and weak from the long labor and the stress of not knowing if the gunmen were going to kill them all. The adrenaline had come and gone, leaving her with the bone-weary fatigue and sickening dread that came with an equally sickening reality. She’d barely had enough strength to change into the green scrubs that she had found in a nurse’s locker, and she wasn’t expecting to regain her strength anytime soon.

A fire alarm sounded and was quickly followed by water falling from the overhead sprinklers.

She glanced up at the ceiling. There were no sprinklers here in the lounge, and that gave her a jolt of panic. She cracked open the door, barely a fraction, and looked out. There were no signs of fire, just the faint smell of smoke. Thankfully, her fellow patient and she were far enough away from that smoke, and the sprinklers would hopefully smother any flames before the firemen could come in and do their thing.

Mattie took some steps, staggering. Neither the pain nor the dizziness would stop her. She knew what had to happen. And it would be the hardest thing she would ever have to do.

Mattie made her way to the leather sofa where Nadine Duggan was asleep. Mattie hadn’t known the petite blonde before they’d been taken hostage while in the throes of labor. With no one to help them, Mattie and Nadine had sneaked away from the others and hidden in the nurses’ lounge. Nadine and she had cried, hoped and prayed through their labors while trying to stay quiet so their captors wouldn’t find them. They’d helped each other and then both had given birth there in the lounge. First, Mattie. Then, a half hour later, Nadine.

Now, Nadine had her own newborn son snuggled against her, where he’d fallen asleep after nursing.

“It’s over,” Mattie told Nadine, tipping her head toward the TV. “The gunmen seem to be gone, and the police are in the building.”

Nadine’s eyes were glazed from fatigue. “Is Bo here?”

From their whispered labor conversations, Mattie knew that Bo was Nadine’s husband. Or rather “the best husband in the world,” as Nadine had claimed. The love of her life. The answer to her prayers.

Mattie hoped Bo would soon be the answer to her own prayers, as well.

From what Mattie had gathered from the TV coverage, Lieutenant Bo Duggan, a cop in the San Antonio PD, had been on the way to the hospital when the ski-mask-wearing gunmen had stormed the labor and delivery ward. Nadine had been trapped inside, and Bo had been unable to get to her.

Now with the gunmen gone, Bo was no doubt tearing his way through the hostage negotiators, firemen, SWAT and reporters to get to Nadine and their child. Mattie had seen Bo on TV, and though she hadn’t been able to hear his exact words, she knew he was pleading for the gunmen to release Nadine and the others. Maybe he’d been successful. After all, something had caused the gunmen to give up the hostages.

So were Mattie’s tears. She couldn’t stop them as she eased her baby daughter into the crook of Nadine’s left arm.

Nadine’s watery blue eyes widened, and she shook her head, obviously not understanding.

“Protect her,” Mattie said. “Tell everyone here at the hospital and the newspapers that you gave birth to twins. Only your husband can know the truth for now.”

Another shake of her head. “Wh-why?” Nadine asked.

“Because it’s the only way I can keep her safe.
Please.
I have to leave. I have to try to get out before anyone sees me, but I’ll be back to get her. When I’m sure it’s safe, I’ll be back.”