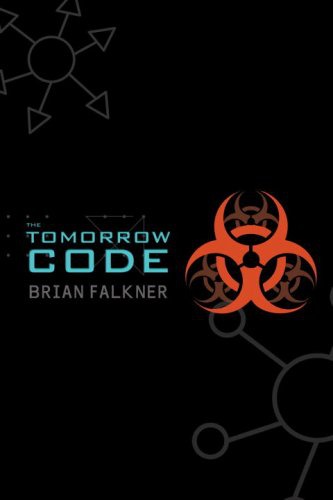 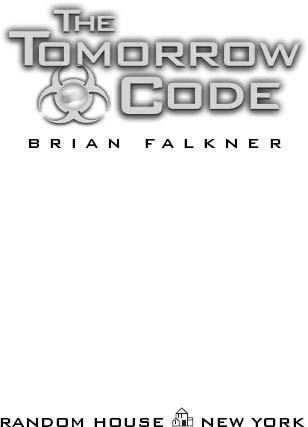 She yearns for things that...

2. Fatboy and His
Moko

3. The Burst and Transient Source Experiment

19. The Battle for Auckland

23. The God from the Machine

For Rachel, Nicki, Frances, Ray, and Nancy,
my team of secret agents,
without whom nothing would have happened.

And for Claire B.,
who was right.

Each year, I visit a lot of schools and talk to them about my writing. As part of my talk, I often run a competition and the children who achieve the highest levels in that competition win the right to have their name used as the name of a character in one of my books.

She yearns for things that once were.

They must learn from the past to change the future.

But they are running out of time. 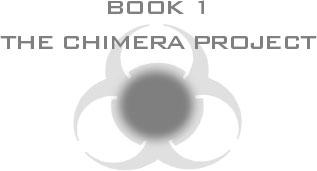 They took all the trees

Put ’em in a tree museum

And they charged the people

A dollar and a half just to see ’em.

Don’t it always seem to go

That you don’t know what you’ve got

And put up a parking lot.

The end of the world
started quietly enough for Tane Williams and Rebecca Richards, lying on their backs on a wooden platform on Lake Sunnyvale. Which wasn’t really a lake at all.

Sunnyvale School was set in a small valley. A nice little suburban valley. A hundred years ago, it had been a nice little swamp where Pukeko and Black Stilts had competed for the best nesting positions, and croakless native frogs had snared insects with their flicking tongues. But now it was a nice little suburban valley, surrounded by nice little homes belonging to nice little homeowners who painted their fences and paid their taxes and never gave any thought to the fact that when it rained, all the water that ran through their properties also ran through the properties below, and the properties below those, and so on until it reached the lowest point of the valley floor. Which happened to be Sunnyvale School.

As a consequence, Sunnyvale School had to have very good drainage. When it rained hard, as it often did in Auckland in the spring, an awful lot of that rain made its way down from the hillsides and ended up on the playing fields and courts of the small but cheerful school.

And sometimes the water, sauntering its way down the slopes with a mind and a mischievous personality of its own, would playfully pick up odds and ends along the way with a view to blocking those very good drains that the council had put in many years ago after the first and second (and possibly the third) time the school had flooded.

Sometimes it worked, and sometimes it didn’t. It depended on what the water happened to find in its path. Little sticks and paper food wrappings washed right through the big metal grills of the drains. Small branches, stones, and other large objects generally just ended up at the bottom of the homeowners’ nice little properties.

But light twigs and pieces of plastic sailed merrily down the surface of the water and blocked the drains beautifully.

That was what had happened this particular time, and the sports fields of Sunnyvale School were covered in at least four inches of water, high enough to lap at the doorsteps of the cheerful little classrooms across the way, but fortunately not quite high enough to get inside.

Tane and Rebecca lay on their backs on the small wooden viewing platform in the center of the two main playing fields and looked up at the stars, for the rain had stopped many hours ago, and the night was clear and beautiful.

However, when they were younger, they had both gone to Sunnyvale School, which was why they knew that when it rained really hard during the day and stopped at night, it became a magical, wonderful place to be.

The stars above shone down with a piercing intensity that penetrated the haze of lights from the suburban homes around the valley. The moon, too, was lurking about, turning the weathered wood of the small platform to silver. All around them, the lights from the sky above reflected in the inky blackness that was Lake Sunnyvale. The lake that sometimes appeared on the playing fields after a particularly heavy rainstorm.

There were stars above and stars below, rippling slowly in the light breeze, and it was like being out in the center of the universe, floating through space on your back.

Tane and Rebecca thought it was the coolest place to be. On Lake Sunnyvale. After the rain.

Tane tossed a pebble into the air, and there was a satisfying
plop
a few seconds later as it landed. They both raised their heads to see the widening circles of ripples, shaking the foundations of the stars around them. Then, as if controlled by the same puppeteer, they put their heads back down together.

Tane’s feet were pointing one way, and Rebecca’s were pointing the other, so the tops of their heads were just about touching. If they had been boyfriend and girlfriend, they might have lain down side by side, but they weren’t, so they didn’t.

From an open window in a house somewhere on the surrounding slopes, an old Joni Mitchell folk song reached out plaintively across the water to them.

Rebecca said again, “Time travel is impossible.” She said it more firmly this time, as if that were simply the end of the discussion, and the judge’s decision was final, and no correspondence would be entered into.

Now, ordinarily Tane would have given up at that point, because Rebecca was almost certainly right. After all, it was Rebecca, and not Tane, who had aced her Level One Physics exams the previous year, the top student in the entire country, at the age of just thirteen! Which had been no real surprise to Tane, who had been in the same classes as his friend as she had confounded science teacher after science teacher and math teacher after math teacher by somehow, instinctively, knowing as much about the subject they were teaching as they did.

The Anti-Prom by Abby McDonald
Seducing the Photographer (At First Sight) by Janet Lane-Walters
A Summer to Remember by Victoria Connelly
Peace by T.A. Chase
Maggie MacKeever by Lord Fairchild's Daughter
The Substitute Bride (The Great Wedding Giveaway Series Book 7) by Kathleen O"Brien
Above the Thunder by Raymond C. Kerns
Darcy's Utopia by Fay Weldon
The Astonishing Adventures of Fan Boy and Goth Girl by Barry Lyga
Legacy of a Dreamer by Allie Jean