The War That Killed Achilles 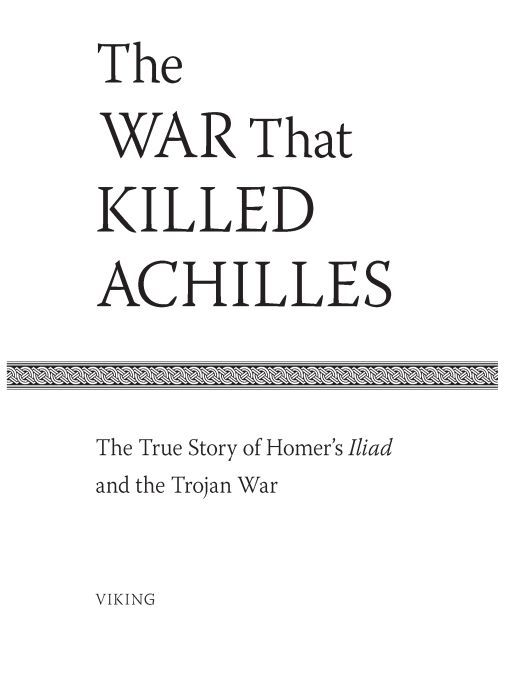 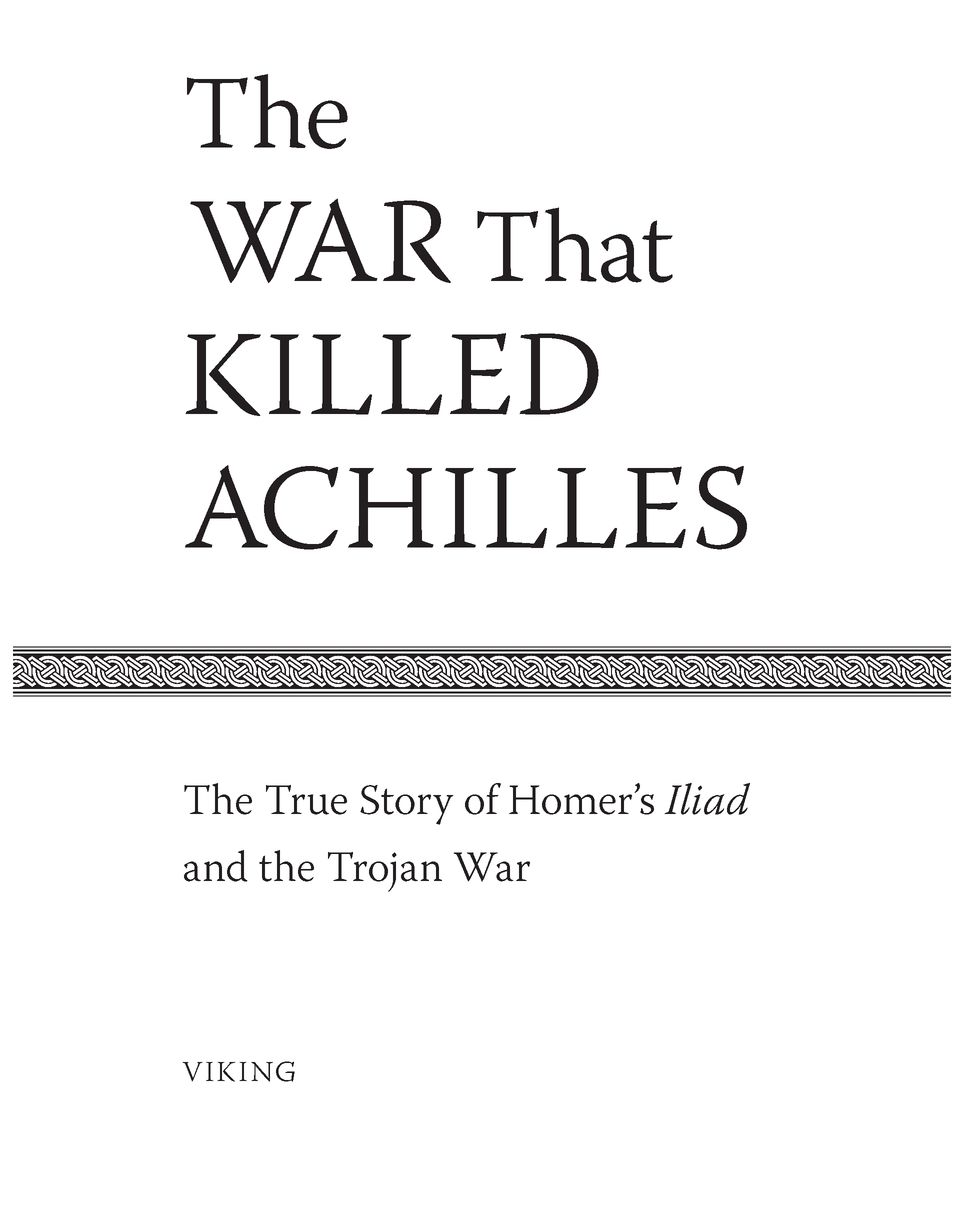 The
Iliad
is generally believed to have been composed around 750 to 700 B.C. and has been in circulation ever since.
1
The reason for this is not difficult to fathom. In addition to being a poem of monumental beauty and the origin of some of literature's most haunting characters, the
Iliad
is first and foremost a martial epic, its subject warriors and war. If we took any period of a hundred years in the last five thousand, it has been calculated, we could expect, on average, ninety-four of these years to be occupied with large-scale conflicts in one or more parts of the world.
2
This enduring, seemingly ineradicable fact of war is, in the
Iliad
's wise and sweeping panorama, as intrinsic and tragic a component of the human condition as our very mortality.
Today, headlines from across the world keep Homer close by. The dragging of the bodies of U.S. Rangers behind their killers' jeeps through the streets of Mogadishu evoked the terrible fate of the Trojan hero Hektor. A young American widow was reported as saying that she had tried to close the door against the soldier who appeared at her home in dress greens, believing that if she could keep him from speaking his news of her husband in Iraq, she could keep his news at bayâa small domestic scene that conjured the heartbreaking words of Hektor's widow, Andromache: “May what I say come never close to my ear; yet dreadfully I fear . . .” The
Iliad
's evocation of war's devastation, then, is as resonant todayâperhaps especially todayâas it was in Homer's Dark Age. Now, as at any time, Homer's masterpiece is an epic for our time.
The classical age of ancient Greece knew the
Iliad
well, and the events surrounding the Trojan War furnished subjects for the great tragedians. Plato quoted and criticized Homer; Aristotle commented on him; Aristotle's most famous pupil, Alexander the Great, is alleged to have slept with a copy of the
Iliad
annotated by Aristotle under his pillow. More tellingly, it is said that when the conqueror of the known world himself arrived at what remained of Troy, he lamented the fact that unlike the hero Achilles, he, Alexander, had no Homer to glorify his deeds.
Knowledge of Homer was brought to Rome in the third century B.C. by one Livius Andronicus, who composed Latin versions or imitations (as opposed to faithful translations) of the
Odyssey,
Homer's sequel to the
Iliad,
as well as of the works of the Athenian playwrights. Perhaps more important, he established a curriculum of study of the Greek language and letters, of which Homer's epic poems took pride of place. The centrality of Homer's epics to the education of the Roman elite was never displaced, and indeed, the works of Homer formed the foundation of Greek studies in the schools of the empire. Young Octavian, the future emperor Augustus, is reported to have quoted the
Iliad
following the death of his uncle Caesar: “I must die soon, then; since I was not to stand by my companion / when he was killed.”
3
Horace and Pliny knew Homer, Cicero criticized him, while Virgil's epic imitation borders at times on plagiarism.
When the Roman Empire split in the sixth century A.D., knowledge of Greek, which flourished in Byzantium, or the Eastern Empire, all but vanished in the West. The
Iliad
itself was forgotten, and in its stead stories about the war at Troy flourished, which, along with romantic sagas about Alexander the Great, formed the most popular “classical” material of the Middle Ages. The primary sources for these post-Homeric renderings of the matter of Troy, as the body of romance came to be called, were the Latin prose works of Dictys of Crete and Dares of Phrygia, dated to the third and fifth or sixth centuries A.D., respectivelyâboth of whom were fancifully believed to have been eyewitnesses to the Great War at Troy. In these Latin renderings, Achilles, the complex hero of Homer's
Iliad,
stripped of his defining speeches, devolved into a brutal, if heroically brave, action figure. In the hands of medieval writers, sentiment hardened further against him. The twelfth-century
Roman de Troie
takes pains, in thirty thousand lines of French verse, to ensure that Achilles is depicted as in all ways inferior, even in martial prowess, to the noble Trojan hero Hektor. Such interpretive touches would remain potent down the ages, arguably into the present time.
4
ADS
15.4Mb size Format: txt, pdf, ePub