Read The Werewolf Prince and I Online

The Werewolf Prince and I 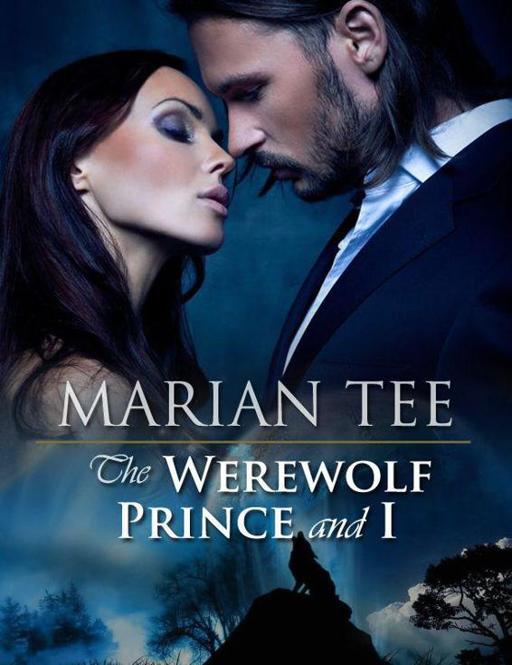 The Werewolf Prince And I

This book consists of two parts.

Part One: My Werewolf Prince Commands

Domenico Moretti
gazed down at the young woman walking swiftly towards his building, a twenty-floor skyscraper that was one of the innumerable properties he owned. He was – to put it simply – an extremely wealthy man, yet he knew instinctively that wouldn’t matter to her – just as she would likely be indifferent to the fact that he was one of the most eligible bachelors in the world. A hackneyed phrase to be sure, but one he also deserved. For four years straight he had his lawyers constantly send legal notices to People’s magazine to ensure that he would not make it to its list of Sexiest People Alive. His kind shunned such publicity, for more than the usual reasons.

Then again, Domenico had a feeling he would still have chosen her even if she happened to be a shameless golddigger. Pressed for time as he was, he would settle for just about any woman who could truly accept him for what he was, fur and all.

His eyes strayed back to the woman he was observing.

Her dark hair was so straight it didn’t curl inward to frame her face. It simply shot straight past her shoulders, revealing her ears, which were adorned by a pair of tiny silver hoops. Long lashes made her gray eyes more defined. They dominated her small, heart-shaped face and complemented her rosebud lips. Those lips begged to be kissed and Domenico knew sometime today, they would be. She wore a loose white blouse matched with a black skirt that flared wide from the waist, emphasizing its trimness even while it also served to conceal most of her magnificent legs away from sight.

He supposed she wanted to keep her curves hidden, but if she did then she had failed drastically. Loose as her blouse was, there was no denying how her bountiful breasts strained against its confines, pushing against the thin cotton, a tantalizing hint of her gloriously voluptuous body. Perhaps she wanted to imitate the toothpick figures most women had today? One day, he would tell her she had no reason to aspire for another woman’s figure. Her curves were a rare blessing – made to be shaped by a man’s hands.

He smiled at the irony – the oxymoron that made up her name. A misty wall? There must be a reason why she was named like that. His kind was superstitious, after all. For them, everything in this world had a meaning to it, a deeper purpose to fulfill.

She stopped just before entering the rotating glass doors of his lobby, raising a hand to shield her eyes from the sun. Then she looked up.

Her gaze was an arrow striking his heart, making him catch his breath, freezing him in place.

It was as if she was looking up at him, sensing his regard even though he was hundreds of feet above her, an unseen figure behind tinted windows. Even this far from her he could feel the tug of sexual attraction, a promise of the intense chemistry that would explode between them once they finally – irrevocably – cross paths.

It was a connection, he thought with satisfaction as she took one last look before disappearing into the building.

Domenico took that as a good omen for the wedding he had already planned, never mind if the bride he had so carefully chosen didn’t know about it yet.

A
crack
is exactly what’s going to happen to my head if I have to read one more word of the report. The rest of the words printed in a squint-inducing font size swims before my eyes. I take a deep breath.

The pep talk doesn’t work on my eyelids, and they fall heavily close.

I shake myself awake, forcing my eyes to open. I am going to pry them open with screws if I have to.

Tony stops at my desk, Cubicle #55. It is the end of the line, a long way from home for Tony, who occupies Cubicle #07 at the East section of the office. I’ve noticed him since day 1, not because I like him or anything – we’re batting for the same team – but mostly because I’m fascinated at his ability to wear bowties with
everything.
I’ve seen him pair it with tuxes (acceptable), leather jackets (questionable), and even a sleeveless Hanes undershirt (remarkable)!

“Hi, Tony!” I hope it’s not obvious I’m dying for even the tiniest bit of interaction. The organizational hierarchy of Moretti Inc. is very easy to understand. Each promotion gets you a bigger cubicle and – eventually – a move to a higher floor until you reach the 17
th
, where the corporation’s five top executives work in the lap of luxury. They have their own gym as well as an indoor pool, a regularly stocked bar, and their own
shiatsu
therapist.

I work at the Administration Department. We share 4/F with Maintenance, and we’re the level directly above the building’s two-floor indoor parking. You get the picture, right?

Admin is a death trap. I’ve been to most floors, being everyone’s favorite errand girl, and
none
of them is as murderously tedious as Admin. Most floors are like beehives, people constantly rushing around. They’re too busy to bitch at each other – like the women in my department frequently do.

Let’s just say that if Moretti Inc. was a hospital, our floor would be
Ze Morgue
and we’re all its zombie attendants.

Tony wordlessly hands me a stapled set of papers.

Absently tucking my hair behind my ears – I usually keep it tied but I couldn’t find my elastic band this morning – I thanked Tony for taking the Supplies Inventory Update Report to me. “I can get it from your cubicle next time---”

But I’m already talking to his back.

Like most people in
Ze Morgue
, Tony doesn’t think I’m worth even the semblance of small talk. It’s not just because I’m an unpaid intern, which basically means I get the privilege of being at everyone’s beck and call. No, what really makes me Ms. (Un)Popular here is the fact that I’ve also been hired to be their Grammar Nazi.

As proofreader and copy editor, I get to know all their dirtiest secrets on paper. Suffice to say, it doesn’t endear me to the rest of the zombies one bit. They’ve even gone as far as exiling me to an isolated corner of the office, since Cubicle 55 has the honor of being located between the door and the giant trash bins.

Supervisor Ed – he’s the guy I report to - says I’ve been moved to this gloriously exclusive spot because my esteemed colleagues think the location’s
strategic
. Being next to the constantly swinging doors – which occasionally send my papers flying all around the office - is supposed to remind everyone to get their stuff spell-checked before they leave the office.

I had nodded and pretended I’m as clueless as he is. I didn’t have the heart to break his illusions about his happy place by letting Ed know that all was
not
fine in
Ze Morgue
.

I try to concentrate at Tony’s document but fail. Sometimes, their hatred really gets to me because I know I don’t deserve it. It’s not my fault that the orphanage I came from only had Scrabble as a board game. Honestly, I wished it was Monopoly instead.

Glancing at the report like it could detonate any moment, I take another deep breath before diving straight into yet another grammatical quagmire.

I perk up. Tony’s back and – even better - he knows my name! Most people here call me
Minnie.
I tell myself it’s accidental and not because I’m so wimpy I remind them of a mouse.