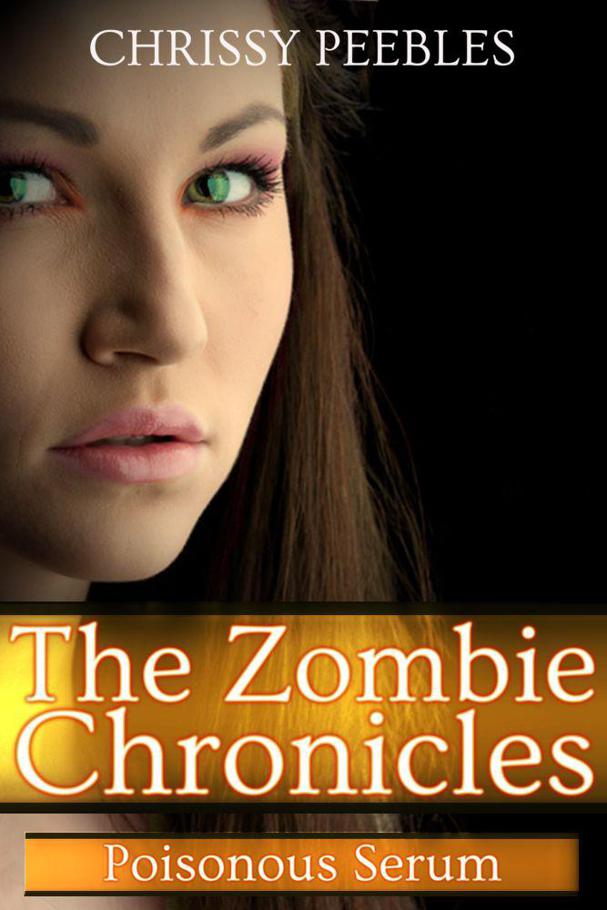 This e-book is licensed for your personal enjoyment only. This e-book may not be re-sold or given away to other people. If you would like to share this book with another person, please purchase an additional copy for each recipient. If you’re reading this book and did not purchase it, or it was not purchased for your use only, then please return to Smashwords.com and purchase your own copy.

Thank you for respecting the hard work of these authors.

I’d led such a sheltered life on a secluded island in Ohio, but when I left that sanctuary, my world was changed forever. My life had literally been a living nightmare. I’d been thrust into the world of zombies, and fighting for my life had become an everyday battle. Nevertheless, it was time to focus on the positive. My sister Val, Jackie, and Claire were alive and breathing, saved by the cure I’d snatched from the lab. For that, my brother Nick and I couldn’t have been happier. In spite of all the chaos in the world around us, things were finally beginning to look up. All we had to do was go find that bag of vials that Tahoe had stolen from us, back when those maniacs shot out our tires and we were surrounded by the neighborhood watch. The grim recollection suddenly made me nauseous: That was when Jackie and Claire had been murdered before my very eyes—or at least I thought so.

I cupped Jackie’s face as the cold wind whipped through my hair. “You have no idea how happy I am to see you.”

She touched my hands that were resting on her face. “I couldn’t stop thinking about you, Dean.”

I wrapped my arms around her and pulled her into a tight hug.
This isn’t over yet,
I vowed, thinking of Tahoe.
We were idiots to work with Tahoe, even if he did break us out of jail.
The fiend had agreed to help us if we gave him one vial from the bag. Sure, we hated the guy for stealing from us in the first place, and none of us trusted him any further than we could throw him, but we had no choice but to trust him if we wanted to escape from that doomed city. And then there was Lucy, Tahoe’s wife. She was so desperate for that vial, wanting to help her twin daughters and the others she’d kept hidden from the world. I couldn’t bear to see her in pain, even if she had walked down the aisle with a liar and idiot.

It was getting chilly, and I didn’t have a coat. Jackie snuggled against me, shivering, and I held her close. A lake was off to the right, and I could hear crickets and bullfrogs croaking and chirping their choruses through the darkness of the night.

“
One more minute, and then we have to go,” Lucy said impatiently.

Nick and Claire were lost in their own world, making out by the side of the car, while Lucy nuzzled into Tahoe’s shoulder.

“
I-I just can’t live without my girls,” Lucy stuttered, tears flowing down her cheeks as she sobbed between breaths.

Tahoe touched her cheek. “We’ll get ‘em back, baby. You know how much their daddy loves them. All the horrible things I’ve done, I only did to save them. I know I should’ve never took those vials, but sometimes in this world-gone-crazy, we’ve gotta do things to save the ones we love.”

I rolled my eyes. He could’ve taken one vial for his twins and loved ones, not the entire bag. The truth was, my sister had almost died because of him. My gaze drifted to Lucas and Val, who were deep in some kind of conversation, though I had no idea what they were talking about and wasn’t sure if I’d even want to know.

I swung my arm around Jackie, and we walked over to Tahoe. “So…what’s the plan?” I asked.

“
If your brother ever comes up for air, we’ll discuss it.”

“
Give him a break,” Jackie said. “He thought Claire was dead. They’re just making up for lost time.”

“
Then they can get a room later,” he retorted.

“
Yeah, yeah. We can take a hint,” Claire said, clinging to Nick like a second skin as they walked.

Nick glanced over at Lucas. “Hey, we’re gonna need that tracker to find the bag of missing vials.”

“
All right,” Jackie said. “C’mon, guys. Let’s track that bag and see who the heck stole it from us the night I was…well, murdered.”

“
You know, Tahoe,” Val said, “we could ditch you right here and now. Lucas would like that.”

Lucas crossed his arms. “Like? I’d love it! If ya don’t take out the garbage, it starts to stink something awful,” he said, smirking at Tahoe.

“
I agree, but a deal’s a deal,” Val continued. “You broke us out of jail and got us out of the city like you said you would. We’ll hold up our end of the bargain and give you one of the vials when we find them, but no tricks.”

“
You especially,” Val said, staring into her eyes. “Nick told me all about you trying to impersonate Jackie the Ripper back there.”

“
Huh? You mean the knife?” Lucy spat in disbelief, her eyes wide. “C’mon! I was under the influence of that poisoned water.”

“
And I’m sure it’s not entirely out of your system,” Claire chimed in.

Tahoe motioned us toward the car. “Let’s go. Lucy will take the girls, and we’ll ride in my car.”

“
Wait…
you
don’t trust
us
? What the…?” I asked, having expected that the happy couple would take their own car and let us ride in the other. I had no desire to occupy the same vehicle as Tahoe. As far as I was concerned, the man was a conniving, traitorous sleaze-ball. We could have used him for zombie bait, for all I cared.

“
Who’s to say we can trust anybody anymore?” Tahoe said.

Nick nudged me. “Just get in, Dean. If Lucy starts anything, Val can handle her. We’ll do it their way…for now.”

“
I’ll be fine,” Jackie assured me, though I wasn’t sure I could believe her. She didn’t see the possessed look in Lucy’s face when she came at me with the knife.

I kissed her on the lips. “See you soon.”

She smiled crookedly at me, then got back in the car with Lucy, Val, and Claire. We followed the signal deeper into Zombie Land. After driving for twenty minutes, we came across an abandoned building, Reeds Elementary School.

Tahoe parked the car. “Hold up. How did the vials get all the way over here?” For a moment, he sounded skeptical, as if we were leading him on, trying to trick him. He pulled out his gun and pointed it directly at me.

A chill shot through me, but when I instinctively reached for my weapon, my brother grabbed my arm to stop me.

“
Don’t do anything stupid. Let me talk the idiot down,” he mumbled in my ear.

“
Put the gun away,” Nick coaxed sternly. “If I wanted to kill you, you’d already be dead.”

“
Every second counts, and time is ticking,” I said, trying to reason with the unreasonable. “You know we wouldn’t waste our time like this.”

Lucas eyed him directly. “You don’t trust us, and we don’t trust you and your wife. There. All the cards are on the table. But if you can’t put your faith in us for a little while, till we get the vials back, the deal is off. This is never going to work if we’re all threatening to kill each other.”

Letting out a long sigh, Tahoe slowly put the gun away. “Fine, but this better not be some wild goose chase you’re putting me on.”

“
We’re not,” I said, giving him the fakest sincere look I could muster. I looked out the window, and some shifting shadows caught my eye through the darkness. My heart lurched, as it had done so many times before.
Zombies
? “Start the car!” I said. “Hurry!”

I peered out of the window again, squinting for a better look, and noticed that it wasn’t the undead at all. Instead, people surrounded our car, with their guns drawn.
Not this again
. I groaned in disgust and frustration. The last time such a thing had happened, two of us had ended up dead—at least temporarily.

“
You know a horde of mercenaries? Go figure,” Lucas said, shaking his head. “Are they friendly or what?”

Tahoe rolled down the window. “Hey, guys, it’s me!”

“
Tahoe!” one of the guys shouted.

The gang immediately lowered their weapons, and when Tahoe stepped out of the car, we anxiously followed.