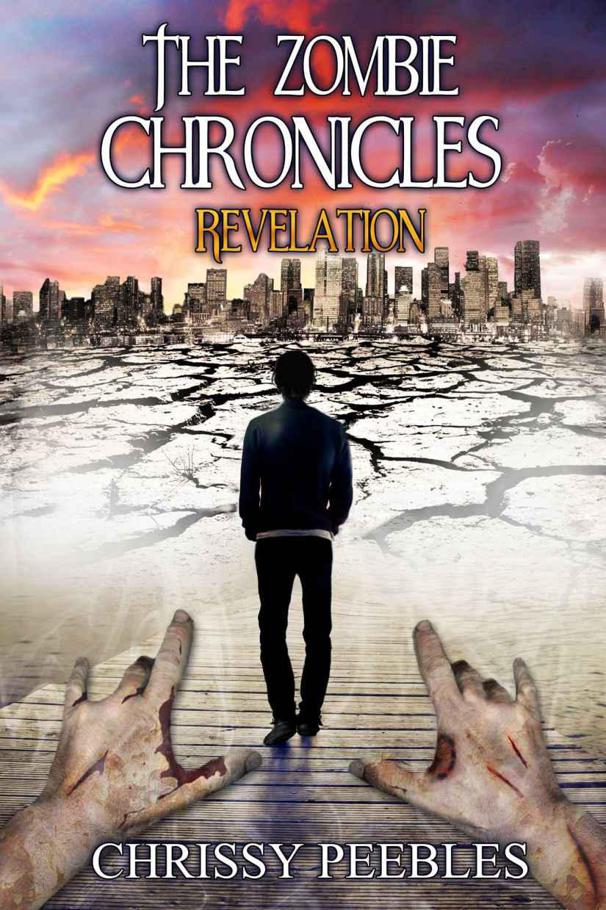 To: My fantastic editor, Autumn Conley

We ended up staying for a few weeks at the gated community with some friends a scientist had hooked us up with. They were wonderful people and made sure we were comfortable and well taken care of, but the U-Haul was packed and ready, and it was time for us to go. It would be so hard to leave the city. Jackie wouldn’t be coming with us, and that hurt more than anything. I told myself I’d stay strong for her, to honor her memory, but it took everything I had not to break down.

I stood outside by the U-Haul, staring blankly at nothing in particular. Nothing made sense, and I never felt so alone. I’d never felt so angry, so sad, so empty, and the grief ripped through me mercilessly. Jackie had been shot in cold blood, in her zombie state, by the scientists back at the lab. I’d tried everything to save her, but nothing I could do could stop them; my best wasn’t enough. I glanced down at the small photo album in my hands. Jackie had been such an amazing person. Sucking in a deep breath, I tried to maintain my composure. Once again, I felt as if I was trapped in a nightmare I couldn’t escape.

I slung my rifle over my shoulder and made sure my pistol was secured tightly in my holster. I was ready to take on anything that came at us. Deep down, I knew it was anger that was fueling me on. I wanted to rip apart the next zombie I came across. I was hurt, disappointed, and furious. Waves of despair washed over me, and my heart grew numb as currents of raw anger held me underwater—or at least it felt that way.

“
Dean!” Claire called from behind me.

She touched my back, and our eyes locked. She looked so sad and lonely. Her eyes were red and puffy from hours and hours of crying, and she was absolutely sick and pale with grief. We’d both been struck with imaginable pain, and we could hardly function. I wondered if Claire would ever be the same girl I’d met back in the woods; I even wondered if I’d ever be the same person. I was so young, yet I felt older than Nick, my older brother. We’d all been dragged through hell and back, and we hadn’t exactly come through it unscathed.

“
Val said they’ll be out in a minute,” Claire said, then motioned to the windshield of the U-Haul. “I had George and his fixer-upper guys repair the windshield. Can’t drive like that, you know.”

“
Yeah, I saw it this morning. I already thanked George,” I said, remembering that awful moment when the windshield broke during our escape from the pharmacy in that zombie-riddled town. The thought sent shudders down my spine. “And thank you, Claire, for looking out for our safety.”

“
I can’t help it. You guys are my friends, my family, and I’ll always care about you,” she said.

I opened the passenger door for Claire, and she just looked at me. She sniffled and glanced down as a tear dripped off her chin, and my heart went out to her. “I know it’s hard to leave, but—”

I wasn’t expecting that answer, so I asked, “Why?”

She wiped her eyes. “It’s safe here, Dean…and I’m not exactly the zombie-fighter you want me to be.”

A chilly morning breeze ruffled her red hair. “I’m so sorry, Dean, but this is a great place. Here, we can actually walk around outside and feel safe. I know I was wrong about the glass house, but I’m not wrong now.”

My gaze narrowed. “What about Nick? Does he even know?”

She nodded. “Yeah. I already told him, as well as Val and Lucas. We shared a very tearful goodbye. You and I both know there’s some crazy chemistry between your brother and me, but the truth is, in any other time and place…well, we really have little in common. We ended things on a good note.”

“
Are you sure there’s no way I can change your mind?”

“
No. Going back on the road, back out there with those things, is just not something I wanna do anytime soon. I’m still having nightmares about all our little adventures.” She then met my gaze directly. “The scientist told us that Jackie had a proper burial and everything, but I still can’t leave her. I need to be able to grieve, to visit her grave and make sure she has fresh flowers and…” Her shaky voice trailed off and cracked as she struggled for the words.

A tear ran down her face. “I know, Dean. I know how much you loved her.”

I glanced down. “I never told her though. I wish I would have.”

For some reason, I couldn’t bear the thought of losing Claire too. “Please come with us.”

Her blue eyes were so red and bloodshot; she’d obviously spent hours crying, and the fatigue of our undead-infested world was wearing on her. “I’ve gotta do what’s best for me. I hope you’ll understand.”

So, just like that, our group had dwindled down to four: my brother and sister, Lucas, and me.
Oh well. Maybe that’s the way it’s supposed to be,
I thought, blowing out a long breath. “Then I guess this is goodbye.”

She embraced me tightly. “Good luck, Dean…and thank you for everything. You saved my life and did so much for Jackie. I’ll never forget you.”

“
When we get our world back and communication is restored, I’ll be sure to Facebook you.”

Claire playfully slugged me. “Maybe we’ll even be on a talk show together.” She wiped her eyes.

“
As long as it’s not
Jerry Springer
,” I mused as I pulled her into one more hug. “Stay safe. Practice your shooting skills and keep working on those fighting techniques we taught you. You never know when you might find yourself wandering around the forest again.”

“
Hopefully never. If I don’t step off of concrete and asphalt for the rest of my life, that’d be perfectly fine with me.”

“
Well, like the Boy Scouts used to say, always be prepared. You didn’t think you’d be attacked in the glass house either. When you feel to safe, you very well might not be. Keep your guard up, okay?”

“
Good luck. It’s a cruel world we live in now, but we’ll come out on top, no matter what it throws at us. We’re survivors. And we’ll never quit, we’ll never stop giving up. We just come back stronger and fight harder.”

I knew that after we left, I’d never see Claire again. I felt the same about Kate and Asia. Our only chance of ever bumping into one another again would have to be on Skype or Facebook, if the world could even build back up to that point before it collapsed in on itself. The one thing I did have was a head full of memories, and I would forever cherish the ones of my friends, the people I’d loved, lived with, and lost along the way.

“
I know we said our goodbyes in the house, but I just wanted to hug you one last time,” Val said. After she finally released the embrace, she jumped into the passenger seat.

The door slammed, and Nick walked out of the house. He was hard to read, but I could tell by his grim expression that he hated leaving Claire behind. When he walked over to Claire, a tear ran down her face. They stared into each other’s eyes and basked in an awkward silence.

“
I’ll let you say goodbye,” I said, opening the door and squeezing in next to Lucas and Val. When I glanced in the rearview mirror, I saw my brother passionately kissing Claire.

My heart ached far too much for me to laugh at Lucas’s witty remark. I didn’t want to lose Claire because she’d become part of our gang, but I understood her reasons. I truly hoped we’d meet again someday, though I doubted that would happen. She was a fantastic person and friend, as unforgettable as Jackie. The girls had touched my life within the short span of time that I’d had the privilege of knowing them. After everything we’d gone through together, I had hoped for a better ending, but I was beginning to realize why happily-ever-afters were reserved for fairytales.

Nick jumped into the driver seat and started the ignition. He didn’t say a word as he grasped the steering wheel in a white-knuckled grip.

I shot Claire one last look as she waved goodbye, and my stomach dropped as we pulled out of the driveway.

“
This is for the best,” he answered, his face betraying no emotion. “She won’t make it out here anyway. She’s better off here, and those people will take care of her. I’m just glad we were able to find her a safe place to live, where she’ll have what she needs.”

“
It sounds like you’re giving away a pet,” Lucas said.

“
Lucas!” Val said. “Stop it! Nick’s right. The girl can’t hack it out here. I feel better knowing she’s in a safe place, with people who will protect her.”