Read Thorn Boy and Other Dreams of Dark Desire Online

Thorn Boy and Other Dreams of Dark Desire 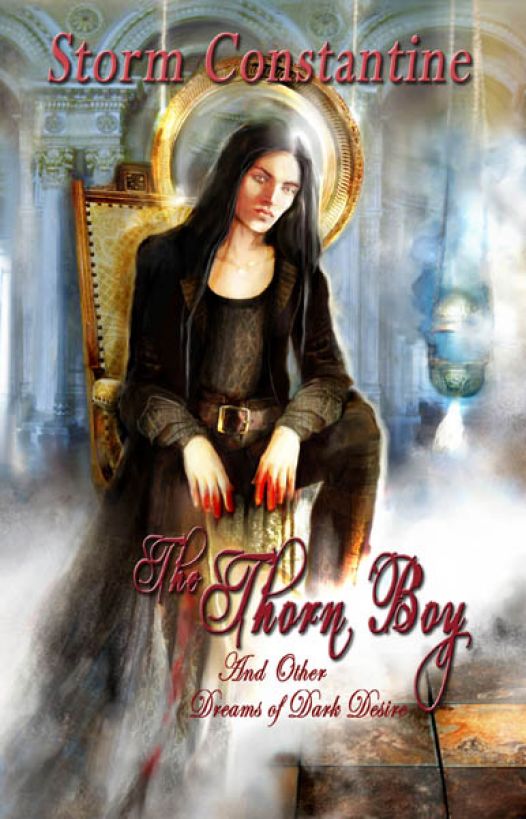 The Thorn
Boy
And Other
Dreams of Dark Desire 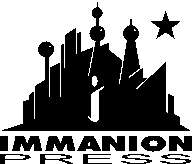 The Thorn Boy
and Other Dreams of Dark Desire

This is a work
of fiction. All the characters and events portrayed in this book
are fictitious, and any resemblance to real people, or events, is
purely coincidental.

This ebook is
licensed for your personal enjoyment only. This ebook may not be
re-sold or given away to other people. If you would like to share
this book with another person, please purchase an additional copy
for each person you share it with. If you’re reading this book and
did not purchase it, or it was not purchased for your use only,
then you should return to Smashwords.com and purchase your own
copy. Thank you for respecting the hard work of this author.

All
rights reserved, including the right to reproduce this book, or
portions thereof, in any form.
The right of Storm
Constantine to be identified as the author of this work has been
asserted by her in accordance with the Copyright, Designs and
Patents Act, 1988.

Living with the
Angel

The True Destiny of the
Heir to Emiraldra

My Lady of the
Hearth

The Face of
Sekt

The Island of
Desire

Blue Flame of a
Candle

The Heart of Fairen
De
’ath

‘
The
Thorn Boy’ has seen a couple of incarnations in print – this is the
fourth, and its second to include other stories. As I am
republishing all of my stories through Immanion Press, and the
rights to ‘The Thorn Boy’ collection have reverted to me, I wanted
to bring out the definitive edition.

Quite often, I
write stories as presents for friends, and several of the pieces in
this collection fall into that category. The first, ‘The Thorn
Boy’, was originally created as a birthday present for someone, and
I produced it as a self-published booklet in an extremely limited
edition – one for my friend and one for me.

‘
Spinning for Gold’, ‘Nothing Child’, ‘Living with the
Angel’, ‘The Heart of Fairen De’ath’ and ‘The True Destiny of the
Heir to Emiraldra’ are reinterpretations of old fairy stories.
These were written in the late Eighties for a friend of mine, and
are retold with his fantasies in mind.

For a long
time, none of these stories existed in print other than in the
privately-published chapbooks I’d created for my friends. But in
the late Eighties I visited a convention in Australia, where I met
the editors from Eidolon Publications, who were interested in any
novellas I might have unpublished. ‘The Thorn Boy’ appeared from
them in 1999, with great cover artwork by Rick Berry, who
coincidentally had created the jacket art for my original Wraeththu
books for their TOR American editions.

I rewrote and
expanded ‘The Thorn Boy’ greatly for publication. It quickly went
out of print and is now one of the most sought-after of my books by
collectors. Publisher Greg Shepard had distributed the book in the
States and in the early Noughties, suggested that his family’s
publishing company, Stark House, should republish the novella.
There was still a big demand for the book, and to make it even more
collectible, Greg and I decided that we should include other
stories, both previously published and unpublished, set in the same
world: that of ‘Sea Dragon Heir’, ‘Crown of Silence’ and ‘The Way
of Light’, collectively known as the ‘Chronicles of
Magravandias’.

Even though
the Magravandias trilogy had been published fairly recently then,
I’d written stories set in its world for a long time. ‘Spinning for
Gold’ and its companion stories were produced while I was writing
the first Wraeththu book. As with ‘The Thorn Boy’ I re-edited them
thoroughly for the new collection.

Over the
years, I’d set other stories in the same world, in particular
involving the land of Mewt, which is a fantasy interpretation of
Ancient Egypt. Three of these later stories had been published
before, in various anthologies and magazines. For one of them,
‘Night’s Damozel’, I had collaborated with Eloise Coquio. Although
I actually wrote the story, we came up with the plot between us.
‘The Island of Desire’ was an unpublished story I began writing
about five years earlier. I’d never got around to finishing it, but
completed it so it could be included in the collection.

‘
The
Heart of Fairen De’ath’ was left ouf of the Stark House edition of
‘The Thorn Boy’, because it was scheduled to appear in another
collection of my stories (in the event, that book never saw light
of day, since the publisher who was going to publish it went out of
business), and for contractual reasons I couldn’t then publish it
in a different book. However, it can be part of this new edition,
thus collecting together for the first time, all of the tales set
in the world of Magravandias. The other story new to this edition
of the collection is ‘Blue Flame of a Candle.’

Although most
of the stories in this collection can be found in other anthologies
of mine produced by Immanion Press, I wanted all the Magravandias
Chronicles stories to be published together in this edition, as it
made for a neater and more comprehensive collection.

If there is a
theme that links these stories, other than a shared world, it has
to be that of the darker aspects of desire and how, when we indulge
our passions, there can be unpredictable results. Most of the
stories involve the protagonist lusting after a character who is in
some way ‘other’, alien or bizarre.The compelling allure of
‘otherness’ leads the protagonists into shadowy dangerous
territory, where sometimes their lives, if not their souls, are put
in jeopardy.Often the landscape of the tales is almost like a
character itself. I’ve dreamed of the sensuous, secret-shrouded
lands of antiquity, where the nights are filled with perfume and
the tantalising slither of silk against skin. In these places, the
incubi and the succubae of the imagination wake up and walk. This
book can be seen as a travelogue of the exotic landscape of the
imagined realm. Travellers’ tales.

This story is
mentioned by one of the characters in the second book of the
Magravandias trilogy, ‘The Crown of Silence’. It is regarded,
during the time in which the trilogy is set, to be an early legend
of that world. I wrote ‘The Thorn Boy’ a long time before I even
thought of the idea for the Magravandias books, but when I came to
write the trilogy, found I wanted to set it in the imagined world
I’d created for several of my early stories. I wanted, in
particular, to explore the land of Mewt in more detail.

Originally,
this piece was written as a birthday present for a friend, but I
expanded it considerably for its first publication by Eidolon
Publications in Australia. I saw it as the first of a series of
linked stories. Each story would feature a ‘Wonder’ of this
imagined world, an astounding edifice of some kind. The ‘Wonder’ in
‘Thorn Boy’ is Phasmagore, the temple of the goddess Challis
Hespereth.I saw this as a gargantuan hollow statue of the goddess,
the head of which would be lost in the clouds. Inside it was a
warren of chambers, shrines and corridors. Strangely enough, I read
recently that somewhere in India an enormous statue of Buddha is
being built, along roughly the same lines.Another of these Wonders
features in the story ‘Blue Flame of a Candle’ (published in The
Oracle Lips collection, Stark House, 1999), and that is the Pyramid
of Mipacanthus.

I see this
story as a tragedy, but with a hopeful resolution. I certainly
don’t think Darien’s story is by any means finished, and one day
hope to continue it.

The first time
I saw him he hung screaming in the clutch of two white-sheathed
knights. They had prised him from the corpse of Harakhte, the dead,
enemy Khan, brought him straight from the battle-field to present
to the king. Now, his skin was lathered with the sweat of fear and
the dead warrior lord’s blood.

The Khan’s
boy; a prize of war. He had been a slave to Harakhte; why now did
he wail the lament for the lost and the loved?

He was almost
naked, his young, slim body filigreed with cuts and bruises. The
blood of his dead lord mingled on his skin with his own. A muddied
plait of fairish hair hung to the back of his thighs. It was
impossible to tell whether his face was beautiful or not, because
it was disfigured by the grimaces of grief. The knights, in their
thin, milky scales of armour, held him as if he were an animal.
They paid no heed to his screams, but then most of his exclamations
were in Mewtish; a foreign, incomprehensible tongue.

King Alofel
sat beneath his canopy of white muslin, which was fringed with
gold. They had brought for him a throne, all the way from the
palace in Tarnax. I knelt beside it, looking at the Khan’s boy, my
heart full of disdain and hate and, even then, the more subtle
atrocity of envy.

The King
summoned his chief concubine, Porfarryah, who accompanied him
everywhere, even to the brink of death. She too was clad in scales
of white, but she never lifted a sword. Alofel would not allow it,
and I think that secretly she must have been grateful, although she
swore she was equal to any man in strength and valour.

Alofel
gestured with distaste at the captive and spoke to his concubine.
‘Have someone make the boy comfortable, and see to his wounds.’

As Porfarryah
bowed her head, she caught my eye. We had long been conspirators;
it was essential at court. Queen Mallory was dangerous. Full of
envy for those who usurped her place in her husband’s bed, she
reigned over a clutch of gossiping cabals. We had to keep our wits
about us.

The boy
continued to wail his ghastly requiem. I could tell it offended
Alofel’s ears, which enjoyed only the tinkle of faint music, the
play of the fountains on his marbled terraces, the sweet voices of
love. ‘Is there nothing we can do to calm him?’ Alofel asked his
company, and Porfarryah gestured for the herbalist’s assistant to
come to her.

Presently, the
herbalist himself came swaying between the ice-coloured hangings of
the tents, bearing a box of dark metal. At the sight of him, the
boy screeched only louder. I put my hands over my ears and closed
my eyes, feeling, with satisfaction, the brief pressure of the
King’s fingers upon my head. Then, I heard a series of strangled,
terrible sounds and had to open my eyes, even though I was not that
eager to see. The herbalist had inserted a row of medicinal thorns
into the flesh of the boy’s chest, beneath his rib-cage, designed
to bring a floating euphoria to his mind. For one endless moment,
his eyes met mine. I shrank before his pain and bewilderment,
suffused with an unbearable sense of pity. This was most unlike me,
and I felt uncomfortable with it. Pity translated to despising in
my heart. Presently, his noise subsided and he hung there, limply,
his breath sobbing, his head lolling.