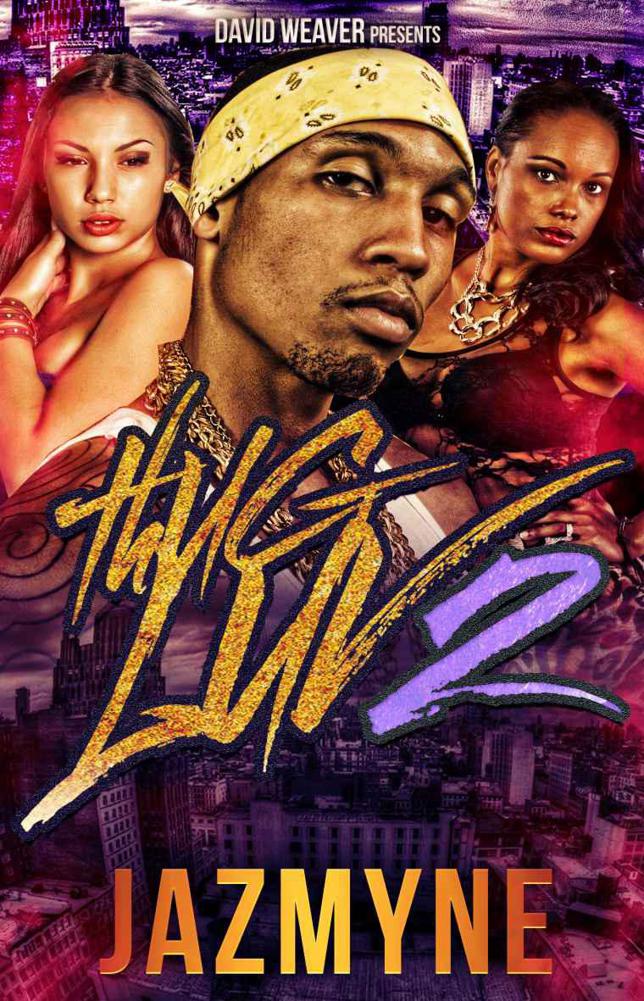 TEXT TBRS TO 22828 TO STAY UP TO DATE WITH NEW RELEASES, SNEAK PEEKS, AND MORE

Three years ago, the game had been played totally different. However, now the game as well as the mothafuckas playing it weren’t the same. There was no loyalty in the game or the streets anymore. No one respected the codes. Ace knew there was plenty of money to be made. Yet, with all the hating as well as shooting up of one another, how could anyone make anything? The respect was gone. Ace knew it was never coming back. Niggas were snitching left and right for a lesser sentence. Your best friends were now your enemies.

Ace knew this was only the beginning, but he couldn’t wait for it to all be over. His wife had been taken away from him. How much more could he take? Until Sunshine was brought home safely–where she belonged, he was determined to stop at nothing.

“Ace, I know your mind is running a mile a minute but I need you to stay focused,” Boy said, sitting in the driver’s seat. Ace and Boog were sitting in the backseat, while Ace occupied the passenger’s seat.

“Are you sure you wanna go in there alone?” Boy asked, looking over at Ace.

“I have no choice. My wife’s life depends on it,” Ace answered, while running his hand over his face. “If I’m not out in twenty minutes, I want y’all niggas to come in blasting. I don’t want that nigga leaving here alive,” he finished. Everyone in the car nodded their heads.

Looking around, Ace respected the fact that his niggas were holding him down. Because he felt what he was going through was personal and had nothing to do with any of them, he had told them several times they could walk away. Nevertheless, they stayed right by his side through it all. “That’s what you call true friendship and loyalty,” Ace thought.

Boog said, “Ace we can’t kill this mothafucka until we’re sure Sunshine is alive.”

“It’s time for him to go. I’m sick and tired of the games. In order to get to whose behind Sunshine’s kidnapping, the middle man has to go,” Ace declared.

Serenity, Savanna, and Aaliyah quickly filled his mind. The thought of never seeing them again tore him up inside and out.

“Don’t think like that,” Boy said reading Ace’s face. He remembered having those same thoughts when he was running crazy in the streets. “Do what you gotta do so that you can go home to ya babies,” he stated.

“Boy, we all know how this can go. You win some and you lose some,” Ace said. “I feel as if I’ma lose this one tonight,” he concluded.

“Are you gonna let the game write your ending for you or are you gonna write it yo mothafuckin’ self?” Jay asked. “Shit, you’ve made it too far to give up now. There’s still cards to be played; don’t fold now,” he lectured.

Ace opened the car door and climbed out. Everyone looked at one another, wondering what the fuck Ace was doing. They watched him reach into his pocket and pull out his cell. They knew he was calling his girls to hear their voices, to let them know how much he missed them just in case he didn’t make it out tonight.

Attempting to gather his thoughts, Ace paced for a while. He never thought he would have to say goodbye the way he was about to; he wanted his daughters and Aaliyah to know just how much he loved them. Reaching into his pocket, he removed his cell. He dialed Aaliyah’s number and waited for her to answer. Although it was late, he needed to hear her voice and get a few things off his chest.

Aaliyah picked up on the third ring. Ace could tell he had awakened her from her sleep. “I’m sorry to wake you but I needed to hear your voice,” he said into the phone.

“Babe, is everything okay?” She asked now fully awake.

“Everything is as fine as could be. I wanted to let you know how much I love you.”

“Right here sleeping with me,” she replied.

“Put me on speaker and place the phone to their ears.” Aaliyah did as she was told.

“You’re on speaker,” she told him.

“I want you girls to know that daddy loves you and always will,” Ace declared, getting choked up.

Before he disconnected the call, Ace and Aaliyah talked for a few additional minutes. He jumped back in the ride, told his boys he was ready to go, and asked them to look after his girls if anything were to go wrong tonight. They all agreed, as they once again watched Ace exit the car. He walked around to the trunk, grabbed both bags, and walked the short distance to the house where he was expected to meet The Grim Reaper.

His heart was beating faster than normal as he rushed into the destitute looking house. This was intended to be the end but Ace knew it wasn’t. He was tired of playing games with The Grim Reaper and anyone else who had taken him for a joke. Ace had done everything that was asked of him. Now he wanted his wife back.

The house was dark both inside and out. “Stop where you are,” The Grim Reaper commanded. Ace did as he was ordered.

“I’ve done everything you’ve asked of me. Tonight, this so called game you’ve been enjoying ends now,” Ace warned with so much bass in his voice that it echoed throughout the empty house.

“You have, but do you remember how in the Super Mario Bros. game when Mario clears the last world and thinks it’s over? But then he’s surprised there’s another world he has to pass in order to save the princess? Well, you have two more worlds to clear before you reunite with your beloved Sunshine,” The Grim Reaper laughed, pissing Ace off. “That’s if you live long enough to even attempt to pass the next worlds he finished, laughing even harder.

“You got that. Just let me hear my wife’s voice then we can continue playing your game,” Ace said–desperately wanting to hear Sunshine’s voice.

“You know what; I can do that for you. I think that’ll give you the little push you need to continue your journey,” The Grim Reaper said flipping on the lights. As Ace’s eyes adjusted to the light, he watched The Grim Reaper dial away on his cell phone. With a grin on his face, he placed the phone to his ear. Ace wanted to smack the shit out of him but didn’t. Since he still didn’t have proof if Sunshine was alive or dead, it wouldn’t be a good idea. “I hope you aren’t over there thinking about doing something stupid,” The Grim Reaper grinned as he removed the phone from his ear.

“I don’t have time for the bullshit!” Ace yelled. “Now make the call so I can speak to my wife.”

“Hello? Yeah. Put that bitch on. She gets two minutes,” he spoke into the phone. The Grim Reaper placed the call on speaker. While the rest of his body felt weak, Ace’s heart was beating rapidly in his chest.

“Ace!” Sunshine whispered into the phone. Hearing her voice for the first time in three years was like music to his ears. It was a bittersweet moment; Ace wanted it to last forever but knew it wouldn’t.

“Baby, please tell me you’re okay,” Ace requested reaching for the phone. Shaking his head no, The Grim Reaper jerked his hand back. “Ace, I need you to do whatever they say or they’re going to kill me,” Sunshine said into the phone.

“I got you baby. I’m gonna do anything necessary to get you back home where you belong,” Ace assured her.

“How are the girls?” Sunshine asked; Ace could tell she had begun to cry.

“They’re fine. We’ll all be reunited soon,” Ace assured her.

“Ace, do you still love me?” Sunshine asked.

“Sunshine, me being here should answer that question,” he replied. “But to answer your question, yes I still love you,” he reassured her.

“Times up,” The Grim Reaper said snatching his phone back then taking it off speaker. “Yo, I’ll call you back in about ten minutes,” he said into the phone. He listened for a while before disconnecting the call.

Ace waited for him to hang up the phone before he jumped on him and started whooping his ass. Now that he had evidence Sunshine was really alive, he didn’t need The Grim Reaper anymore. At this point, he wanted him dead and gone. The Grim Reaper tried reaching for his gun, but the powerful blows Ace was sending his way prevented him from doing much of anything. He tried protecting his face but it was no use. Wherever Ace threw a punch, it connected to its mark with power and force.

The Grim Reaper attempted to speak; Ace punched him in his mouth so hard he broke a few of his teeth in the process. Huffing and puffing, he never stopped taking all of his built up frustration and anger out on The Grim Reaper’s body. He was using his body as if he was in the gym working out–The Grim Reaper was his punching bag.

The ringing of The Grim Reaper’s cell phone brought Ace out of his daze. His chest heaved up and down as he stood over the mothafucka who called himself “The Grim Reaper.” With his bare hands, Ace had beaten his ass to death. Ace reached into his pocket and pulled out the cell phone.

When he looked at the caller ID, his heart damn near stopped as he read the name flashing across the screen. “It can’t be.” He thought, holding the phone closer to his face. He wanted to be certain he was reading the name right. The phone stopped ringing; Ace was still in shock. It rang again. Because he wanted indisputable proof, he answered the phone.

“Hello?” The voice on the other end said. “Hello? Ayo Mark, what the fuck taking you so long?” He asked. Ace recognized the voice but before he could do or say anything, shots rang out.

“I told y’all we shouldn’t have come in blazing,” Boog said. “What if we had hit Ace with a few of these hollow points?” He asked looking from Boy to Jay.

“I did what was asked of me. That nigga said if he wasn’t out in twenty minutes, to come in blazing. Which is what I did,” Jay affirmed.

The movement caught all three of their attention; Jay was the first to raise his gun, ready to blast.

Ace brushed pass all three men. Without speaking a word, they went from looking at Ace to looking at one another. Wondering the same thing, what had happened? Boy was the first to follow Ace out.