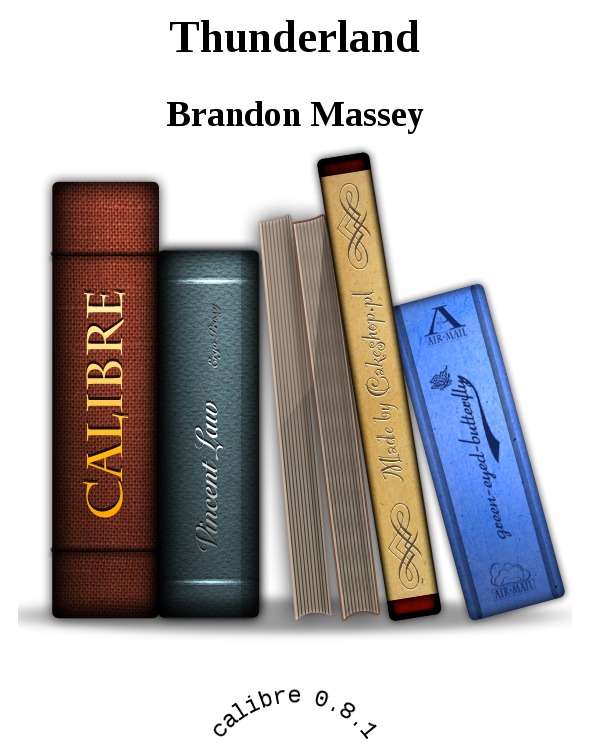 Voices from the Other Side: Dark Dreams II

The Ancestors (with Tananarive Due and LA. Banks)

All rights reserved. No part of this book may be reproduced in any form or by any electronic or mechanical means, including information storage and retrieval systems, without permission in writing from the publisher, excepting brief quotes used in reviews.

In memory of Chester Massey, my grandfather,

who taught me how to dream.

Even though Jason Brooks awoke from the most frightening nightmare in his life on that June morning, the real terror began only a few minutes later, when he entered the bathroom for the first time that day.

Curled up in a fetal position, hands fisted, heart pounding, Jason awoke lying in the cool darkness underneath his bed. He blinked, disoriented. Shards of dream images gleamed in his mind like fragments of a shattered mirror. As he blinked several more times, fully regaining consciousness, the images faded, vanished into the blackness that washed away all bad dreams. Gradually, his heartbeat slowed.

He became aware of his throbbing jaws. Rubbing his face with his hand, he opened and closed his mouth, relaxing the tense muscles. His teeth had been clenched, as if to bite back a scream.

Finally, he rested his head on the soft carpet.

It had been the nightmare again.

For the past three months, he’d had the dream at least once a week. Utterly terrifying, it always concluded in the same fashion: he awakened curled in a ball under the bed, heart hammering, hands squeezed into fists, and teeth clamped together. Frightened to the marrow.

He didn’t understand the dream. He couldn’t figure out whether it was a chilling vision of the future or only a twisted creation of his overactive imagination. He’d never mentioned the dream to anyone. Telling someone about it would make it more real; keeping it private made it easier to ignore. He hoped the series of nightmares ended before someone discovered him cowering under the bed, shaking like a little kid, though he was clueless about exactly
how
he could make the dreams stop.

Resolving to forget about the nightmare and get his day rolling, he began to squirm from underneath the bed. When he was halfway out, the door opened.

Oh, no,
he thought.
Busted.

“Good morning, sleepyhead,” Mom said, poking her head inside. “What on earth are you doing under there?”

“Uh, looking for my birthday presents.” He pulled his legs out from under the bed and got to his feet. His fourteenth birthday was coming soon, so he used it to create a half-believable story. “But I didn’t find any gifts. Where did you hide them, Mom?”

“You were really under there looking for gifts?”

“Yeah. Sometimes the best place to hide something is right under a person’s nose. Like that old detective story about the letter. What’s the name of it?”

“ ‘The Purloined Letter,’ by Edgar Allan Poe.” A full-time freelance writer with a bunch of romance novels to her credit, Mom seemed to know the details of every story that had ever been written. She leaned against the doorway, arms crossed, head cocked sideways as she regarded him.

Although Jason felt strange admitting it, he clearly saw why everyone said his mother was beautiful. Linda Brooks was a petite woman, blessed with flawless mahogany skin, dark, curly hair, and large brown eyes. She was dressed for the season in a flower-patterned blouse, matching skirt, and sandals. He supposed he could understand why guys stared at her whenever she walked past, though it felt odd to think about his own mother as being pretty-especially considering all the dirty secrets he knew about her.

“I’m in the mood to do a little detective work myself,” Mom said. She tapped her lip. “Hmmm ... something tells me this has nothing to do with birthday presents. I’m thinking that you were actually sleeping under the bed.”

There was no way he was going to tell her about his nightmare. Sitting on the mattress, he scratched his head, acting dumbfounded by her suggestion.

“I can’t tell you anything. Because I didn’t do it.”

“Okay, I’m a mother, Jason. Ever heard of mother’s intuition? I feel as if you’re hiding something from me.”

“I feel as if you’re hiding something from me, too,” he said. “My birthday presents.”

She shook her head. “You’re something else.”

“Mom, I don’t know what you’re talking about. I told you the truth. Why don’t you believe me?”

“I’m only concerned about you. Is it wrong for a mom to be worried about her son?”

Mom ran her fingers through her hair. She frowned.

“Let’s not go down that road, okay? I’m really not in the mood to argue with you.”

“Oh, I forgot. You won’t be in the mood to argue until you get drunk.”

“What are you saying? You know I don’t drink anymore.”

“I haven’t had a drink since March.”

“I’m not going to fall back into those old habits. I mean it.”

“So? You’ve meant it before, then went right back to being a drunk.”

“Jason, I’m not denying that. I’ve made those mistakes plenty of times, and I’m ashamed to admit it. But I’ve changed, honey. I have a new set of priorities.”

“You’re going to try a new brand of whiskey?”

“Watch it, boy. I’m not going to tolerate much more of that smart mouth of yours.”

“Fine.” He shrugged. Although he knew it was wrong, he enjoyed talking back to her. She claimed that she was a new Mom, and as part of her revamped attitude she was determined to keep her cool, so he said whatever he wanted to her until she drew the line. Being a smart-ass was payback for the way she’d treated him in the past. His bold, bratty comments even surprised him sometimes. The old Mom would’ve popped him in the mouth before he completed a sentence.

“Now, my new priorities have nothing to do with drinking,” Mom said. She pulled the swivel chair away from Jason’s desk and sat in it, rotating so that she faced Jason.
“You’re
one of my new priorities. I want to be a good mother to you because you’re a good kid, and you deserve the best I can give you. Showing you that I love you is the most important thing in my life. With that as my goal, I can’t afford to ever drink again.”

“Listen, I don’t expect you to believe me overnight,” Mom said. “I know you feel a lot of bitterness. But everyone wants to be loved. You might resent me for how I treated you, but I still believe you want me to love you. You’re not above those feelings, honey.”

Jason looked away from her. He regretted that he’d let her open this subject. For the time being, she was taking this new Mom act of hers seriously: talking to him as though she were interested in his life, cooking for him, buying him things, and doing a bunch of other crap that would supposedly convince him that she cared about him. She had begun this act that past

March, when he had fallen out of the oak tree in the backyard and suffered a serious head injury. Immediately rushed to the hospital, he’d lain totally unconscious for three days.

Mom had been at his side throughout the ordeal. According to her, watching him lie in a coma for three days had awakened her buried motherly instincts. When he returned to consciousness, from the expression on her face, one would think he had been resurrected. Although he had not suffered any brain damage and was as healthy as ever, since the accident Mom had treated him as if his birth had been predicted by prophets and celebrated by the court of heaven.

But she didn’t faze him. It was all a bunch of bull and wouldn’t last. She was right to think that he wanted love, but she was wrong to assume that he wanted
her
love. She could tell him she loved him until her face turned purple, and she could kiss him on the forehead until her lips rotted off, but his memories of how she had treated him before his accident were so vivid that he wanted nothing from her except food, clothes, and a bed. She could keep all this new-Mom garbage to herself and stop wasting his time.

“Everyone wants to be loved,” Mom said. “Even you. Especially you.”

Jason looked at the clock above the desk. “Mom, it’s nine o’clock. I should be getting dressed. I have a lot of things to do today.”

The Name of the Game is Death by Dan Marlowe
Cat of a Different Color: Halle Pumas, Book 3 by Dana Marie Bell
Nieve by Terry Griggs
The Autoimmune Epidemic: Bodies Gone Haywire in a World Out of Balance--and the Cutting-Edge Science that Promises Hope (No Series) by Nakazawa, Donna Jackson
Therapy Ever After (Therapy #1.5) by Kathryn Perez
Wolf House (Potter's Story) by Tim O'Rourke
Breath (9781439132227) by Napoli, Donna Jo
Psycho Killer by Cecily von Ziegesar
Would You Like Magic with That?: Working at Walt Disney World Guest Relations by Annie Salisbury
The Magic Mountain by Thomas Mann