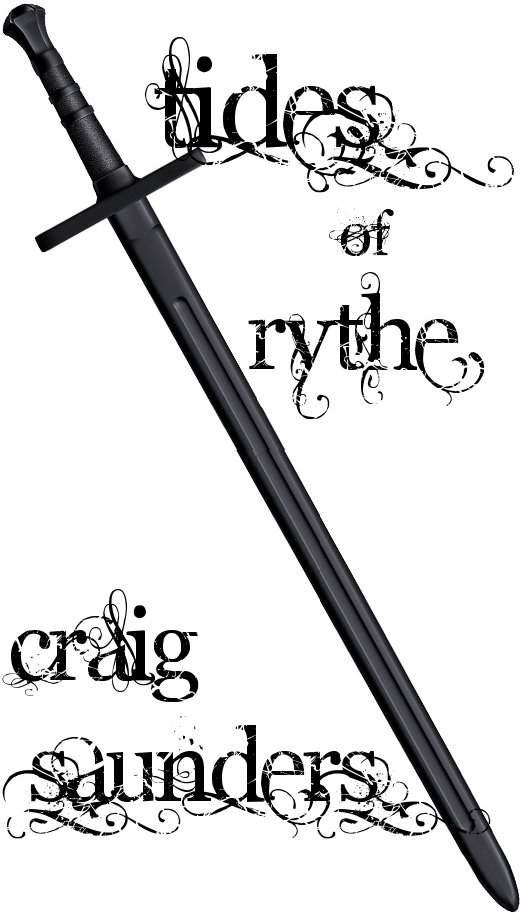 To my wife,
for her love and understanding
. Perhaps together we can dream anew.

The Outlaw King (The Line of Kings Book One)

The Thief King (The Line of Kings Book Two)

Dead in the Trunk

The Black and White Box

The Love of the Dead (Evil Jester Press)

The Queen of Thieves (The Line of Kings Book Three)

'Stephen King with a touch of Cardiff dirt and a lot of London grime.' - Richard Rhys Jones, author of 'The Division of the Damned'.

"With A Stranger's Grave, Saunders has written a truly dark, atmospheric and character driven tale, packed with page-turning mystery, sorrow, and a jaw-dropping reveal that will leave readers haunted long after they've gone to bed." --David Bernstein, author of Machines of the Dead and Amongst the Dead

'A talent to keep an eye on.' - Eric S Brown, author of Bigfoot War

"A top-notch, thrilling read. Craig Saunders is a master of the genre." Iain Rob Wright author of Animal Kingdom and Final Winter

'An awesome talent!' - Ian Woodhead: Author of Shades of Green and Infected Bodies

[Coming Soon] “The Love of the Dead starts out like the type of horror novel you think you’ve read before, then whacks you over the head and goes in a direction you didn’t see coming—think chainsaws at a daycare center. Saunders’ writing will creep into your spine and paralyze you with dread.”

—David Bernstein, author of Amongst the Dead and Tears of No Return

Foaming white spume flecke
d the air. The
cliffs were white and grey where the gulls nested. They flew out to sea flapping madly against the harsh wind until they were caught in its snare and snatched high into the air, only to plummet into the surf below and struggle up with fish. The long grass – no tree was brave enough to grow here – was blown flat against the rocky earth from which it
sprouted
. Rocks gave in to the elements and crashed below, splashes obscured by the smashing waves and endless wind.

The ocean vented its frustration at the land. Eventually, the sea would win.

Elsewhere, high summer was beginning to make
itself felt. The lush fields in the more southerly Sturman lands
would be parched and cracked
under the baking sun
.
Here, in the distant north, summer was only a thought and a wish
.

Bitter cold taunted bones and the sharp, wet wind stung flesh. There was nothing here for men. Just solace. Perhaps repentance. Few would choose to make such a place their home.

As each season passed the north slumbered as it always had. Thaxamalan waited
in his mountain home, his
baleful eyes shut and crusted with ice, while
held
in frozen sleep for eternity as
Carious and Dow shunned him with their warmth.

Here, there was nothing. No smells, sounds, feelings but those made by the sea
and wind
.

Shorn, mercenary to some, friend only to his companions on a strange journey across the lands, stood staring out across his home, the home of his heart and the home of youth, and watched, as he watched each day, waiting for the Seafarers to answer his call. A month’s ride to this place was distant for him. He knew it to be much greater for the Feewar, those who roamed the sea.

He scanned the horizon each day for as long as he could bear, waiting for the Feewar
ship
. While he waited for the vessel
,
he prepared. Hardening his heart for the meeting he knew would come soon. He was waiting for the Feewar, but he had also come to ready his soul. The barren outcropping seemed a fitting place. His sword, honed to undying sharpness, was clutched in his white-knuckled fist, his hand frozen onto it.

The suns’ rays had tanned him, even though their heat was only blown away. He was leaner by far – there was little sustenance to be had from the land.  Each day he came
to the top of the cliffs
at first light. Each night he left, climbing down to his camp and the waiting Harlot
, his surly mare. Before he ate and slept he
trained. He had m
ade himself a pair of soft hide
trousers and a bracer of thicker leather for his right arm. His shirt was still in tatters, providing little protection against the steel brace that supported his crippled left hand. Some days he would take the brace off his leg. It grew stronger ever day. His left hand, though, would still not clench
with full strength
. The scar on his forearm had turned red and healed in thick hard flesh, curving in toward the bone. The muscles there would never heal, he knew, because they were absent. Instead, he trained his leg back to health and practised using his arm as a balance for the sword, using the flaring metal of his arm brace as a second weapon, his left forearm blocking and slashing in time with his sword. It was just another blade, and he was a master with all blades. He invented movements where there were none. His left hand may have been gravely injured, but the brace granted him support an
d flexibility where the hand
faltered. To an outsider it looked as though a master practised. To Shorn it felt clumsy and slow.

He knew he was faster, improving in this odd new style. It would not be enough when Wen came for him.

Wen, t
he weapons’ master, Shorn’s old tutor and the man who had given the mercenary his battered look, with a scar that still stood proud across the middle of his face, splitting his nose once and leaving behind a shattered remnant, would come.

Wen would
look into Shorn’s eyes, take the measure of
his
student’s
soul, and see the death his weapon had wrought
. He would try to put him down. Shorn would strive to live, as he always had. Life, and his sword, was all he had to call his own.

But when the battle came,
Shorn
would understand Wen.
The time he had spent alone on this cliff had given him new insight. Drun, his companion on this long journey, was right in some sense. The old priest had told him once, on the trail that had led him to this place, ‘only people are truly worth fighting for’.
Shorn had broken that creed. All his life, he had fought for money (pride, too, he admitted, if only to himself).

But there was no avoiding destiny. Drun
Sard
was right about that, too. Meeting Wen was inevitable, as was the fight that would follow. Shorn had no doubt Wen would find him here. He, too, would have heard Shorn’s call to the Seafarers. That Wen would come was certain. The Seafarers…
well, that was down to fate
.

T
ime alone had granted Shorn patience, and insight that was surprisingly common in a man of war.

Today, Rythe’s twin suns high above him, he would meet Wen again. Then he would find out if all the honing had been for nothing.

Spinning on his heel, he blocked high with his flared brace, an imaginary adversary slashing down toward his head. His sword whistled through the wind, decapitating another enemy that wasn’t there. He reversed his grip on his sword, and thrust the tip into the midriff of his first attacker. The sword sang.

Destiny on Rythe pulled men into it as surely as the immense gravity of the twin suns. Carious and Dow, as the glowing sentinels were named, watched all. They waited, patient but never silent. Some creatures, such as Shorn, burned brightly while they lived. Some artefacts, too.

The sword he wielded like an extension of his will shone with its own light. The sword had a name, too. Once, long, long ago, Carious birth a second sun, a second star, and an ancient enemy was defeated.

Many fates exist. Sometimes they come together and seem like one. Faerblane, the sword that had chosen him, would meet its twin today. Perhaps they would move on.

The sword rested against the hard earth. Shorn took a deep calming breath.

From behind him a voice eroded like the cliffs said, “I knew I would find you here.”

Man and sword turned to meet their fate.