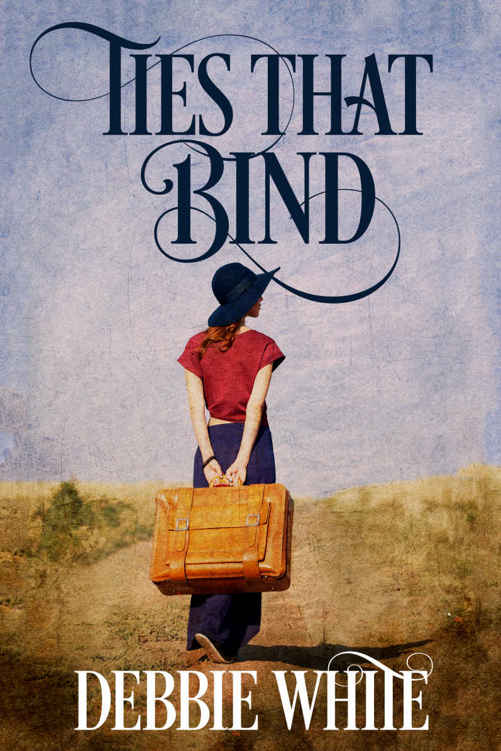 This book is dedicated to my husband. He not only stood by me while I cared for my mother, but he also helped me pick up the pieces after she was gone. He encouraged me to write this book, and I will always be thankful he was by my side.

though we may roam,

Be it ever so humble,

When I first started out on this adventure, I wasn’t prepared for what I’d find. At the same time, I couldn’t wait to find out what was lurking in the shadows of my past. Adoption was done so differently back then. Babies were often adopted with a handshake, not the mounds of red tape that it takes nowadays. I guess I should be thankful that loving parents found me – although that description is a bit of a stretch.

My dad showed me love and kindness. Mom, on the other hand, was not very warm or kind, and occasionally could be physically abusive. She always seemed to be irritated with me.

When I was old enough to read, I had been given a newspaper clipping about my earliest beginnings with the family. The clipping said I was found lying on a bed and was estimated to be about nine months old. I tried to visualize the look on their faces when they saw this bundle of unexpected joy. I’ve also wondered how on earth a nine-month-old stayed still on a strange bed, in a strange house no less! It would be years later that I found my first clue that maybe Mother wasn’t telling the whole truth.

I had a half-sister, Teresa, from my dads’ first marriage – at least that’s what they said. She didn’t like me all that much either. She was about sixteen years older than me, and for the longest time, I wondered if she could be my real mom, and the half-sister story was just a cover. The animosity she felt for me intensified over the years.

I have some memories of my earliest years in Iowa. My dad owned a pool hall and on many nights I’d find myself among the adults watching them shoot pool, playing cards and throwing back cold ones. I never thought anything of it.

We were a lively bunch. On Friday nights, the family would get together in our pool hall and party the night away. I was only about four years old, but I distinctly remember walking out the back door, climbing the steps to our apartment over the pool hall and putting myself to bed on those nights. Looking back, I don’t think anyone missed me.

I had a couple aunts and uncles who absolutely adored me. They fussed over me and bought me ice cream, I always felt special when I was around them. If it weren’t for them and my dad, life would have been pretty pathetic.

I had a couple of cousins too. One in particular, nicknamed Whitey, was more like an older brother. We rode bikes and played stickball in the street together along with the neighborhood kids.

It was during one of our playtimes that he spilled the beans about my real mother. Whitey got mad at me and told me my mom was a whore! How he knew that I don’t know. Maybe that’s why my adoptive mother was an unhappy woman, especially when she was around me!

I ran home crying after hearing the news my mom was a whore. I didn’t know what it meant but didn’t like the sound of it, or the look on his face after he spewed it for the entire world to hear. Daddy gave Whitey a stern look and told him to stop picking on me.

When the Depression hit, we lost everything. The pool hall my dad just loved, the apartment overhead, and we’d have lost the car too if it hadn’t been for Daddy’s sister. She saved the day by making all the late payments, with the stipulation we’d move to California.

My aunts and uncles had already made the trek out to California, so we packed up the car with the few possessions we still had, and off to sunny California we went.

The Depression hit all the states, but California had a few programs that allowed the men to earn a little stipend. We moved into what would be considered the projects by today’s standards. I was enrolled in school – which I dearly loved, and we settled into California life pretty easy.

Food was scarce. We received vouchers equivalent to food stamps to get certain foods such as cheese and bread. We were surrounded by acres of orchards so when we wanted a snack Mother would tell us to pick an apple or a peach. To this day, I’m not a big fruit eater.

We’d given up the severe winters of Iowa for sunny skies and warmer temperatures. It seemed like a good exchange. Life was hard, though, especially after Daddy got ill. I was just a young girl, but even then, the word Cancer was scary. He tried to remain positive, even though our situation was anything but.

Food wasn’t the only thing that was scarce. Money was non-existent, but we had each other. Whitey would bring over his guitar, and he and I would put on little skits and entertain the neighborhood, parents and all. I recall one such memory that involved singing a duet called Little Sir Echo. It was a popular song of the times, and to this day, I can recite the words.

After we had finished our performance, a few adults told us we should enter the talent show that was being advertised. We followed their advice and tried out for the show. They were always looking for talent – being so close to Hollywood and all. We got the notice we were in! We were excited and scared.

Whitey and I stood on the stage and did our rendition of Little Sir Echo, and not only did we get a round of applause, but we also got a standing ovation! It wasn’t too much of a surprise that we’d won the grand prize - a plastic trophy, and a free ice cream cone.

It was great to see Daddy, my aunts; Toots, Margie, and Annie in the audience. Mother was there too, but as usual, no smile, no reaction whatsoever. Thinking back, I don’t think she even clapped for us.

I had a few friends, but my closest friend was Shirley. We met at school. She didn’t live in the low-income apartments; her parents had a beautiful house in a good part of town. She would invite me over to play, and I was so in awe of her. She had her own bedroom full of things that I could only dream of having. Her family was very kind to me, and I found myself not really wanting to go home. After my dad had passed away, I found myself over there even more.

Daddy died when I was about twelve. It was one of the saddest days of my life. I lost the only ally I had in the house. I would endure years of mental abuse, with the occasional ponytail or arm pulling, which was more like yanking after that.

Mother drank occasionally, and it was after one of her stupors, she made the revelation, “If only he’d kept his thing in his pants, you’d never been born!” Now one could take this statement one of two ways but she was clearly letting me know she wasn’t pleased with the outcome regarding Daddy’s sexual exploits! I thought about that statement a lot, but it would be years before it meant anything to me.

I kept to myself and planned my getaway. When I turned sixteen, I left home. It was the best thing I ever did. Living with Mother was too difficult. I reminded her of a part of her past she didn’t want to remember. I didn’t know what it was, but I could sense it within every fiber of me. She didn’t even try to stop me. In fact, she held the door open for me as I left.

After I had left home, Teresa and Mother moved back to Iowa. I was glad, as I didn’t want to run into them.

Shirley’s family offered to let me live with them until I could save up enough money to live on my own. Shirley and I had plans to share a place together anyway, after graduation. Of course, plans don’t always end as you hoped they would.

I knew that I needed to earn money so I dropped out of school and enrolled in secretarial school. Back then, you didn’t have to have a high school diploma to enroll.

I learned how to type, take shorthand, and various other secretarial duties. I was ready for the workforce.

I held various jobs around the city where I used my newly learned skills. I was a good employee. I was prompt, courteous, and willing to learn new things. All my employers were sad to see me go, but I was always looking for more money.

Shirley and I had many fun and carefree days at the beach. Young and dumb, we both almost fell for a sailor or two. They were everywhere. Long Beach was the port for the Navy.

After a few close calls regarding marriage proposals, Shirley and I decided it was time to leave her parent’s house. Our first place was a small apartment over a garage. It probably wasn’t the smartest thing we’d ever done. Young men were constantly there, and the whistles and catcalls were becoming a nuisance.

We decided we needed to find a better place, and I started scouring the newspapers for something in a family friendly environment.

“This sounds perfect, Shirley; a one bedroom flat near the beach!”

“How much?” She asked as she pulled the paper out of my hands.

“Let’s take a look at it. Maybe we can get second jobs to help pay for it?” I said reaching for the phone.

Those were the days. Shirley and I were like most young women of that generation. We worked hard, but we also played hard. We could be found on many a Saturday night at the local club dancing the night away. And, because of our close proximity to Hollywood, Shirley and I would venture into town to see if we’d run into any famous stars…and we did! I recall seeing Clark Gable, and Rita Hayworth. Back then, stars were more humble, down to earth. They waved, spoke to us and then went about their business. We were thrilled, of course, as we were just nobodies trying to make it in the big, bad world.

Like most young people, I struggled with paying the rent. I had no help from anyone in my family, but Shirley came from a well to do family, and she seemed to never be out of money.

I realized I needed a better job than the one I currently held at the local insurance company, and began my search. And that’s how I landed the job at Phillips Private Investigation Firm and went to work for Charles Phillips. I needed the extra money to pay for the gorgeous flat one block away from the beach.

Over time, Shirley and I drifted apart like so many high school chums, but I often think about her and our days in Long Beach.