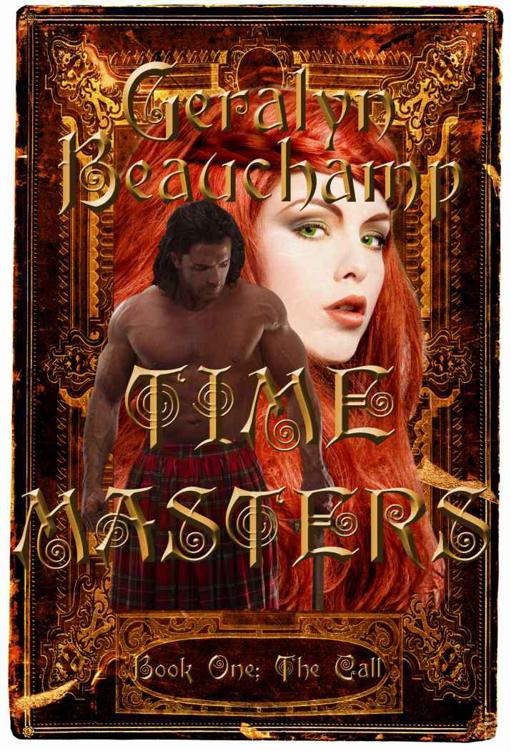 This book may not be reproduced in any form without express written permission.

They came in a blizzard
,
we off
ered them heat,

A roof o’er their heads, dry shoes for their feet,

We wined them and dined them—we gave of our meat,

Th
ey slept in the house of MacDonald.

“Put all to the sword,” these words underlined,

Th
ey came in the night, when our men were asleep,

Th
is band of Argylls, through snow soft and deep.

Some died in their beds at the hand of the foe,

Some fl
ed in the night and were lost in the snow,

Some lived
to accuse him who struck the fi
rst blow,

But gone was the house of MacDonald…

Cruel is the snow that sweeps Glencoe,

Cruel was the foe that raped Glencoe,

And murdered the house of MacDonald.

You are
all going to die.

S
ee how the snow swirls and ri
se
s
in high drifts, the
wind hard pressed to conceal your
glen and its cot
tage dwellings?
It quickly piles
the snow and beat
s
again
st walls as the storm intensifi
es
outside your
tiny havens, to serve well those who will
need it within the hour…

Dallan MacDonald
awoke with a start.  He
lay wrapped in his plaid, his young brother Alasdair beside him in front of the hearth. He
wiped the slight sheen of sweat from his brow as he always did after one of his dreams.
The
garbled, chilling
voice from some unseen source in the dream now fading.  They
were becoming more
frequent of late.  Odd and stran
ge dreams that made no sense at all.  But this one seemed
more
like a premonition.  And why shouldn't it?

He took a deep breath, settled himself and began to muse
over his unexpected arrival and his grandfather’s greeting when
first they spied each other. Th
e MacIain’s eyes had been warm for the briefest of moments then suddenly consumed by
cold warning, the auld Fox’s fi
rst words anything but friendly. Of course Dallan had learned to expect nothing else from the chief
of the Glencoe MacDonalds. Mac
Iain could be a hard man when he wanted and usually became just that when in Dallan’s company. In fact, Dallan couldn’t remember him being any other way.

Alasdair moaned softly in his sleep. Dallan turned to his brother and smiled. The boy had not left his side since the big Scot came trudging through the snow two days ago. He gazed thoughtfully at him with a slight pinch of envy. Alasdair’s face was peaceful, content. Soaking up the weak glow of the
dying fi
re as if ‘
twas all he was meant to do. Th
e boy held not
a care. No. Not a one.

Unlike the rest of his clansmen.

Confused at the number of Lowlanders and Campbells r
esiding in the glen when he fi
rst arrived, Dallan made his way directly t
o his elder uncle’s house to fi
nd what was amiss. His uncle John had given him the information he wanted to know but it wasn’t what he wanted to hear.
Indeed, the Campbells had come into the glen almost two weeks ago with papers signed by the king himself.
Papers which demanded quarters
be given in Glencoe for two companies of his majesty’s foot soldiers.

Dallan didn’t trust the Campbells, nor did his grandfather. Fearing disarmament, MacIain ordered his people to hide their arms in the peat stacks or on the brae beneath the stones. If the soldiers were going to take their weapons, let them take the old rusty ones.

Alasdair moaned again. Dallan thought of the harsh night and gently pulled the boy into his plaid wit
h him to fend off any chill. Th
e small form
immediately snuggled close. Dallan again smiled and let go a leng
thy sigh.
How he wished he could stay this time. Wee Alasdair had just reached the age of six and would soon be old enough for fostering. Dallan wanted to take him under wing but wasn’t sure how he’d manage it. It would mean taking the boy to France and he doubted the auld Fox would let him. Perhaps their mother could be persuaded, and then she could work on the MacIain.
Dallan knew he needed something in his life besides weapons and constant training. Alasdair would be perfect.

After twenty
years of living Dallan still felt as if he’d done nothing wi
th his life. Something was defi
nitely miss
ing, but he couldn’t fi
gure out what it was. Perhaps he just needed to feel like he belonged. If only the MacIain would accept him, treat him with some respect instead of cold, silent disdain.

A shout from outside drew the Scot out of his musings and brought his
attention to a small window.  Th
e three Campbell soldiers sheltered in his mother’s house were reportedly pulling out in the morning. Could it be they were preparing to depart? Perhaps the reason the three had not returned to the house after meeting with their captain was due to the preparation. But that wouldn’t have taken them all night. What could they be doing all this time?

His earlier dream flooded his
mind and the hairs
on the back of
Dallan’s neck rose with the thought.
He detached himself from Alasdair and went to the window, dirk drawn. He’d had this warning too often to ignore it; something was wrong. Bad enough a sense of dread hovered over the glen yesterday to put everyone on edge. But later the Campbell’s own piper was the one to keep Dallan up most of the night.
He’d heard the piper play, knew it to be more than a pleasant passing of the time. There had been something in the music. A message.
Flee.

Yet his mother, along with many of his other clansmen, had not taken heed and insisted on staying. The soldiers would be gone tomorrow and
all would be well…

Another shout. Dallan hurried back to Alasdair’s sleeping form and quickly pulled away the blankets. “Wake up, lad,” urgency in his deep velvet voice. “Alasdair, wake up!”

The boy opened his sleepy eyes and gazed at his older brother. “
Wha
…what’s wrong then?”

Dallan grabbed up his plaid, wrapped it about himself then reached for his sword and shield near the hearth. He’d brought them out of hiding in mute preparation for what he knew must surely be happening now. “Wake mother and Fergus, tell them to dress quickly.”

Alasdair popped up to a sitting position, his eyes blinking back sleep. “What’s wrong? What’s happening?”

“I dinna ken, but I’m going to find out.”
Dallan hurried to the door. “Wake them and prepare to leave. Ye may ha’ to head into the hills, lad.”

“But Dallan, that far? What are the Campbells doing?” A woman’s scream carried on the wind was answer enough.

A Family Apart by Joan Lowery Nixon
The Final Tap by Amanda Flower
Strife In The Sky (Book 7) by Craig Halloran
Nervous Flier by Glint, Chloe
A Picture of Desire by Victoria Hale
SEAL Under Siege (Men of Valor) by Johnson, Liz
The 900 Days by Harrison Salisbury
Desert Rogues Part 2 by Susan Mallery
The Defiant One by Danelle Harmon
Bee by Anatole France