Read To Kill An Angel Online

To Kill An Angel 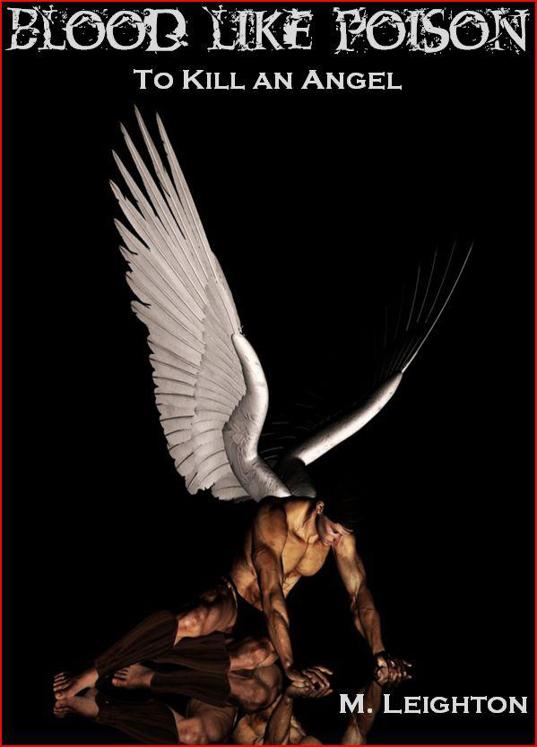 To Kill An Angel

Ridley Heller thought her life would be perfect and trouble-free once she had Bo back.  Unfortunately, she couldn’t have been more wrong.  Learning Bo’s true identity has left them with their most difficult decision yet. They have two options.  One, they can run away together and spend eternity looking over their shoulder, hiding from both God and Sebastian.  Or, two, they can find a way to kill Sebastian.  Ridley feels like there’s really only one choice, but killing Sebastian has a major down side for her—it will leave Bo mortal and her a vampire.  She’ll be doomed to walk the earth alone for all eternity.

What will they choose?  And who will have to die in order to see their goal accomplished?  Find out in the exciting conclusion of the Blood Like Poison series, To Kill An Angel.

All rights reserved.  Except as permitted under the U.S. Copyright Act of 1976, no part of this publication may be reproduced, distributed or transmitted in any form or by any means, or stored in a database or retrieval system, without the prior permission of the author.

This ebook is licensed for your personal enjoyment only.  This ebook may not be re-sold or given away to other people.  If you would like to share this book with another person, please purchase an additional copy for each person.  If you are reading this book and did not purchase it, or it was not purchased for your use only, then please return it and purchase your own copy.  Thank you for respecting the hard work of this author.

The most soothing voice I’d ever heard was whispering to me.  I couldn’t really understand what it was saying, but it didn’t matter.  It was the tone, the familiar rumbly hoarseness of it that was pushing back the icy fingers of panic.

As the vise grip of terror loosened its hold on me, rational thought flitted through the dead space of my mind.  It came in the form of memories, a cascade of random recollections that dropped in and out of my head like tiny bouncing rubber balls.  In and out.  In and out.

The first time I saw Bo.

The first time he kissed me.

The night I saw Bo covered in blood.

One by one, they fell into my consciousness, only to be quickly replaced by another memory until one final thought dropped in like a bomb and exploded inside my head, erasing everything else.  It was the same thought that had sent me spiraling into a panic attack.

I could feel it starting all over again, the panic—the breath coming too fast, the fear clutching at my chest, the tears stinging my eyes, the strange sensation that I was doomed.  But then I heard the voice again, cutting through the darkness, slicing through the fright like a smooth blade of light.

“Just take deep breaths,” he whispered, his breath cooling the damp hair at my temples.  “Listen to my heart beat.  Focus on me, baby.  Focus on me.”

Slowly, my muscles began to relax.  It was surprisingly easy to do as he instructed.  As always, my world and everything in it seemed to center around Bo, to revolve around his very existence.

Thump thump.  Thump thump.
I listened to the reassuring sound and felt myself calming more and more as the seconds ticked by.

“That’s it, Ridley.  You’re ok.  You’re alright.  I’ve got you,” he breathed, his voice a throaty croak.  I felt as well as heard the feathery brush of his fingertips against the skin of my cheek. It made a fine rasping sound and my stomach twisted into a knot of pleasure.

Without opening my eyes, I raised my hand to the warm chest against which I rested.  I could feel the vibrations of the throbbing tempo against my sensitive palm.  In silent wonder, I tracked each pulse as it rippled up my arm and into my chest, where it pounded as if it were inside me, too.

At first I was flooded with peace, the peace that came only from Bo—from his presence, from his love.  I inhaled deeply, ready to sigh in relief.  But with the intake of breath another of my senses came online.

Scents from all around me penetrated the fuzz of my addled brain and the lights of recognition blinked on like a computer screen flickering to life.  An oh-so-familiar tangy scent—clean and citrusy—bombarded my body with a gush of desire.

My sigh of relief became a quiet gasp as my bones melted in the heat of what was between us.  I knew Bo felt it, too.  I could hear it in the quickening of his breath.  I could feel it in the stillness of his lips against my temple.  I could smell it in the musky sweetness that rushed to the surface of his skin and permeated the air around me.

There was urgency in our kiss.  With teeth and tongues, we devoured each other, both possessed of a hunger that defied logic and description.  It was desperate, it was powerful.  It was all-consuming.

In my greed for Bo, in my eagerness to taste him and bring some small part of him into myself, I nicked his lip with my teeth.  One tiny drop of blood oozed onto my tongue.  I felt it like a hot crimson tear just before it burst into a shower of taste and sensation, igniting my already-fiery blood.

Bo’s fingers worked their way into my hair and fisted, tugging on my scalp and sending a fine spray of chills down my back.  I couldn’t stop the purr of pure pleasure that hummed in the back of my throat.  I wouldn’t have wanted to anyway.  It seemed to push Bo into a frenzy.  His hands left my hair to wander down my body until they were clutching my hips tightly, squeezing them as he clung fiercely to his control.

Wrenching his lips from mine, Bo pulled back, his breathing heavy and labored.  Reluctantly, I raised my eyelids and met his smoldering gaze.  It was like a silky pool of dark chocolate that threatened to suck me into sweet oblivion.

I watched him for several minutes, both of us panting, both of us trying to rein in our tempestuous passions before we lost ourselves to the moment.  As the raging inferno of our desire gave way to the cool calm of reality, other sensations began to creep in—new sensations, strange sensations.  Painful sensations.

The fires of sensual hunger became a blazing heat of a different kind.  It burned in my chest and in my stomach, hotter than lava and moving twice as fast.  Every inch of my skin seemed to be scalded with an icy heat that made no sense at all.  It was like being so cold I was on fire.  And my throat—I’d never been so thirsty, so painfully thirsty in all my life.  I knew that only one thing would quench it, a taste that still lingered in the dark recesses of my mouth.

My eyes drifted to the tiny tick of the pulse in Bo’s neck and the rest of the world turned off.  My entire being zeroed in on him, but not in the usual way.  I was surrounded by the beat of his heart and the swish of his blood.  I felt it tickle my lips and tease my fingertips.  I felt it swallow my mind and swirl in my gut—a need so beautiful, yet so dangerous.

Razors of agony slashed at me, scraped at my brain and my nerves like something dark and beastly trying to claw its way out.  I felt violence swell within me, a craving so intense that I knew I had to have what I wanted, even if I had to kill for it.

“Ridley, calm down,” Bo commanded.  His voice was low and steely, deadly serious.

When I looked back at his face, it was bathed in a red haze that made my mouth water with delicious anticipation.  I licked my lips and felt the sting of something sharp slicing into my tongue.  Gently, I ran the tip over my extended and lethally-pointed canines.  As I suspected, there were four—two on the top, two on the bottom.

Though I knew my tongue was cut, I tasted no blood.  Somewhere in the back of my mind it registered that there was likely none in my body.  It had been quickly consumed during my transformation, leaving me invisible.

Reflexively, I glanced down at my legs.  I could see the fabric of my jeans, but the place where my ankles should’ve been showed no skin, only the hardwood floors beneath me.  I could see my t-shirt, but below the cuff of the sleeve was nothing.  My arms were no longer visible to the naked eye.  When I moved, there was a slight shimmer, a wavy disruptive pattern to the air, but I could see no flesh.

I could feel, though.  Every fiber, every cell, every nerve was alight with sensation—a potent cocktail of desire and need, passion and hunger, thirst and desperation.

“Ridley, stay with me.  Don’t let it control you.”

Between Bo’s words and the sobering alarm of seeing that I had no body, I felt the wave of frenzy subside a bit.  The realization of how badly I wanted his blood, of how violently I needed it covered me like a black cloth of mourning—mourning for the humanity that I
didn’t
feel rising up to stop me, mourning for the loss of some integral part of myself that tied me to the rest of the world.

I felt no guilt at wanting to drink him dry, very little hesitation because he was the person I loved most in the world.  But at least there was some part of me—no matter how small and how hidden—that responded to him just enough to give me pause.  Maybe that meant I wasn’t totally lost to the changes that would now rule my life.

Bitter tears welled in my eyes and burned my icy hot cheeks as they fell.

Southside (9781608090563) by Krikorian, Michael
The CV by Alan Sugar
The Last Dead Girl by Harry Dolan
All The Stars In Heaven by Michele Paige Holmes
A Child's Christmas in Wales by Dylan Thomas
Modern Islamist Movements: History, Religion, and Politics by Jon Armajani
Cinco semanas en globo by Julio Verne
Marked By the Wolf (Werewolf Romance) by Mac Flynn
The Development by John Barth
Blue Lightning by Cleeves, Ann