Read To the Dark Tower Online

To the Dark Tower 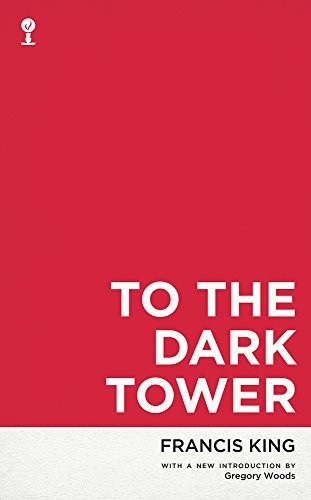 Born in Switzerland, Francis King spent his childhood in India, where his father was a government official. While still an undergraduate at Oxford he published his first three novels. He then joined the British Council, working in Italy, Greece, Egypt, Finland and Japan, before he resigned to devote himself entirely to writing. For some years he was drama critic for the
Sunday Telegraph
and he reviewed fiction regularly for the
Spectator
. He won the Somerset Maugham Prize, the Katherine Mansfield Prize and the Yorkshire Post Novel of the Year Award for
Act of Darkness
(1983). His penultimate book,
The Nick of Time
, was long-listed for the 2003 Man Booker Prize. Francis King died in 2011.

‘One of our great writers, of the calibre of Graham Greene and Nabokov.’ Beryl Bainbridge

TO
MY SISTER
ELIZABETH

DEAR MISS FORSDIKE,—I return your copy of
South American Generals
, signed as you requested. To be frank, I do not remember you from my visit to the school—probably because I met so many people, and felt so nervous at having to make a speech before my daughter and her school-fellows. One’s own children are so critical.—Yours truly,

From the Diary of
General Sir HUGH WEIGH

A mistress at Judith’s school sends me a copy of
South
American Generals
to sign for her. She talks of
her great
admiration, her
deep
respect, her
real
love for my books. Everything is underlined, the writing is perfect. Do I remember her? Perhaps she was the old maid who lisped and called me "General," and then knocked over the cake-stand in her anxiety to see me fed.

I have begun to re-read
A Farewell to Arms
. That is a virile book.

Mark Croft is back; there is a picture in
The Times
. Incredible to think of this freckled boy returning from the Amazon with specimens I would give my eyes for. I should have spent longer there than I did. Shall I write to him and ask him to meet me? Those letters beginning, ‘"You will be surprised at hearing from a complete stranger. . .", how odious they are!

Have put on another two pounds in weight. Must spend more time on exercise.

MY DEAR FATHER,—You mustn’t complain of my not writing to you often. I am really very busy. Exams began yesterday, and to-day we have the swimming sports. I think I might win the swallow-dive, if only I can get over that giddy feeling when I get on to the board. I wish I could dive like you.

A mistress here, Miss Forsdike, wants me to go and spend a week of the holidays at her home in France. She is much the nicest mistress here, I think. She teaches art. I’ve told her I will go.

I’m bottom of my form again.—Love,

MY DEAR FATHER,—... But why shouldn’t I go? It’s only for a week, and you know you won’t miss me. Miss Forsdike will be so disappointed. I’ve already told her yes. And she said we should bathe and go sailing and bird-nesting. And it’s so long since I’ve been out of England. Please...Father!

...This is just to tell you that I
am
going to France—even if it means running away from home. I don’t see why you should fuss so. Miss Forsdike is quite all right. I wish you could meet her...

DEAR MISS FORSDIKE,—A few days ago my daughter Judith wrote and asked me whether she might spend a week with you in France. Having given the matter a great deal of thought, I decided against it. To be quite frank with you, I disapprove,
on principle
, of any intimacy being struck up between a mistress and one of her pupils outside the ordinary contacts of the school. This is not a personal matter—please believe that. I am not hinting at anything undesirable in your relations with Judith. But I do really believe—and I should say this whoever made the invitation—that it is better for all concerned if the feeling of reverence that a pupil feels for her teacher should be left untroubled by any closer intimacy. You will, I am sure, appreciate this point of view, and not be offended.

Unfortunately Judith is a very strong-willed child: it is a fault which she inherits from both her parents. And in her last letter she has given me to understand that if she cannot go to France with my permission she will go without it. I am reluctant to put the matter into the hands of the headmistress, feeling as I do that we can arrange the matter between ourselves. Would you please cancel your invitation to Judith? I am sure that some excuse could be found. And this would both save her face and release me from the unpleasant task of asking the headmistress to intervene.

Again, do please believe me when I say that I have no personal animosity against you.—Sincerely,

MY DEAR SIR HUGH,—I have done what you asked me. The invitation has been cancelled.

It has taken me a long time to decide to write this letter: and now that I have decided, it is impossible to know how to begin. For us English there is something ridiculous in making confessions. We feel ashamed, or uncomfortable. And at the moment, even as I take my pen in my hands, I feel as embarrassed as if you were here, beside me, instead of so far away.

But the thing must be said. You see—I love you. Oh, yes, I know: I have only spoken to you once, I do not know you, you are old enough to be my father. But there it is. When I was fourteen, I saw your picture in a weekly newspaper: you were then leading the guerrillas in South America. I have that picture now, with many others. It is here before me, as I write—the picture of a middle-aged man with closely cropped grey hair, and the face of a god. That is no exaggeration. You are a god, a superman: and we live in times when supermen are rare.

Ever since I saw that photograph I have loved you. I have thought about you incessantly. My life here has been dull, intolerably dull, but there has always been this one thing, this compensation. I have read your three books over and over again, until I know every word of them by heart. And all the things that I have found in them—the things that have irritated or disgusted others: your brutality, your single-mindedness, your obsession with discipline, your asceticism—I have loved you the more for them. You are, as I have said, a god, because only a god can do this—can exert some sort of supernatural sympathy, transforming the humdrum stupidities of life. This is not simply a matter of hero-worship: you possess my soul entirely; I am yours, entirely yours, whether you want me or not.

There! It has been said. And I am weeping, from the relief and the happiness of the thing. I say it again—I am yours, yours. For thine is the kingdom.

But what next? That is for you to decide. I have acknowledged your possession.

So you see, when I asked Judith to come and stay with me in France it was not for the reason that you suspected. It was in order that I might get her to talk about you. And of course your natures are so alike. It is difficult not to love her for that.

I am twenty-six. This is my photograph.

He did not answer.

The photograph was of a girl with large, almost bulging eyes, lustreless hair, and a faint, finicky smile. But the forehead was noble, the structure of the bones clean and clear.

As he looked at the photograph he felt a brief shock, such as one experiences when suddenly immersing one’s hands in cold water. "She might almost be my daughter or my sister," he thought. There seemed to be a family resemblance—in the defiant carriage, the clenched fists, the deep lines running from nose to chin. It made him feel that her love was incestuous.

But then he thought: "She has imitated me—my stance, everything." The realisation gave him a childish feeling of pleasure.

DEAR MR. CROFT,—How enjoyable it was meeting you last Saturday and talking about South America! You seem to have achieved all the things that I should like to have achieved in my travels out there. I am afraid that I have been too much a Jack-of-all-trades; and in any case, my military career has prevented me from giving all the time that I should to plants. But it is a rare pleasure to talk to an expert.

I have read that chapter you gave me of your book. Of course, my opinion on it as
literature
is absolutely valueless, but it does seem to me to avoid the defect of most classics written by men of action—I mean the tendency to be heavily "literary." Neither Lawrence nor Doughty (whom I admire as much as I do any man) avoided it. But you have. As for the subject matter: it is refreshing to read of such adventures in our unadventurous times.

But this letter was not intended to be a eulogy—though you deserve one. What I intended to say was: it would give an old fogey a great deal of pleasure if you would come and

spend a week-end here. I can offer you bathing, sailing, and an excellent chef (my old batman).

From the Diary of
Sir HUGH WEIGH

Croft accepts my invitation, but asks if he may bring his fiancée. I had not realised that he was engaged—though I do remember now that when we left the Club he was met in Piccadilly by a gauche creature in flat-heeled shoes. I make the excuse that I am expecting Judith home with a friend, and the house will be full. He swallows it.

. . . Down in the cove this morning a Dartmouth naval cadet climbed on to the rock which Judith calls her Tower, and dived off it. I immediately felt I must emulate this—and did so. Really, I am too old for this sort of vanity. But his admiration made it seem worthwhile. Young, with the sort of hands which dangle too much at the wrists.

Croft arrives. After dinner, he talked of his fiancée, the daughter of a gentleman farmer. I go to bed early, leaving him drowsing in the garden over a cheroot. He is incredibly young.

Croft and I go bathing. The naval cadet is again in the cove, reading a novel by Taffrail. We begin by talking, and end up by racing each other out to the buoy and back. "I say, sir! You
are
a swimmer!" This from the naval cadet, half in admiration, half in protest. But I notice again that I am getting fat.