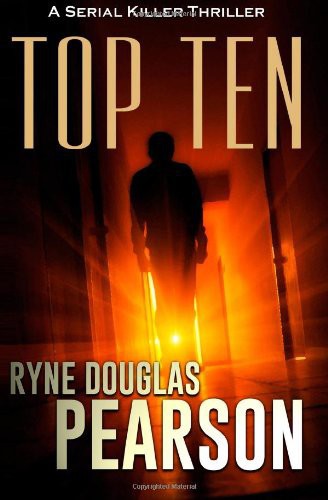 All rights reserved. No part of this book may be reproduced or transmitted in any form without written permission from the author, except for brief passages used for review purposes.

This book is a work of fiction. Names, characters, places, and incidents are either products of the author’s imagination or are used fictitiously. Any resemblance to actual persons, living or dead, events, or locales is entirely coincidental.

He cut the woman to calm her down.

Not deeply, mind you, just a quick flick with the tip of his blade high on her right cheek, something to clear her head, to focus her thoughts, to crystallize the reality of the situation.

As with the others, it worked like a charm.

He had waited most of the day for a few moments with this one, biding his time in the shrubs behind the small post office, listening to the waters of some nameless slough rustle toward Great Sacandaga Lake, occasionally drawing the blade of his knife slowly and silently across the whetstone always with him, watching as carrier after carrier returned from their routes and left for their homes, or taverns they fancied, or wherever the joy of an ended week might take them on a Friday evening. Waited and watched until just after seven, until the lights inside went low and just one car remained in the gravelly lot. Until the building’s rear door opened and the pretty clerk from whom he’d earlier purchased a single stamp backed out with her keys in hand and her eyes on the lock, a pleasant tune whistling from her lips. It was then that he’d grabbed her, from behind, initiating the expected struggle, keys and purse falling, arms flailing. But with the fast sting of his knife and the sight of her own blood upon its tip, lit to a creamy blackness by the moon’s pale fire, her struggling ceased, muscles going taut with fear, with
understanding
, and the scream that had raged against the leathered palm of his hand withered to a convulsive flurry of whimpering gasps.

“I’m sorry,” he began, drawing her backward against him, the union almost an embrace, his words a warm and breathy whisper upon her ear. “I require your assistance for awhile.”

He kicked her purse and keys aside and forced her back through the door, into a dim and open space populated by mounded sacks of mail and ranks of head-high sorting bins. Surrounded by the tools of this woman’s most banal trade he paused, pulling her close, glove still over her mouth, and asked from behind, “Will we be interrupted?”

Her mind raced at the question, at what
act
it implied, and she stiffened against his grasp, her chest heaving in a quick and shallow rhythm, the urge to fight, to flee, rising once again.

But there would be none of that. He spun her halfway around, keeping his gloved hand over her mouth and forcing her hard against the bare brick of the inside wall. The impact stunned her, forced her eyes shut for the briefest of moments, and when they fluttered open again it was there. The blade. Right before her eyes, its tip darkened with her blood. She stared at it, transfixed, and hardly flinched when he flicked the blade once more and cut the soft flesh beneath her left eye, a slow trickle of blood tears upon both cheeks now, crimson drops that dragged wet red streaks down her face and onto the brown leather wrapping his hand.

“I can cut you in other ways, in other
places
,” he assured her, stepping close, his slim and chiseled face in intimate proximity now, half-veiled in a shadow that lay across it like a gash of night. His gaze raged at her. “Shall I do that?”

Her head shook beneath his grasp.

“Again, then, will there be any interruptions?”

She answered with another shake of her head, weak this time, resignation tempering it, and to that he smiled, it seemed, the stony mask of his face now showing a gleeless baring of teeth. The warning of a predator in sight of its prey.

She wet herself as he pulled her away from the wall.

He drew her close once again, whole arm around her neck now and her mouth free, and moved toward the front of the building, leaving the sacks and sorting bins behind, traveling a corridor with a room on either side, packing materials filling one and a copy machine the other, its green READY light glowing. Through a doorway next and into the cramped station behind the front counter, where he had first encountered her, had handed over some change with no thought that soon they would be together again, and finally out into the modest public spaces of the post office where his plans for the day had changed in an instant. To the exact spot he took her, the high table against the wall where one could affix stamps to letters, or address an envelope with the pen that was anchored to the counter top with the flimsiest of chains. Almost nine hours earlier he had done both, then dropped his readied letter into the OUT OF TOWN slot next to the table. Those tasks completed, he would have been gone from the Pembry, New York Post Office those seven hours now, gone from all of zip code 12078 for seven hours now, likely never to return...

Except for that glance.

Innocent, it was. Just the passing of his gaze, really, over the board above the table where notices were posted. The latest issues of interest to philatelists. Bold promises of low prices and on-time delivery of rush packages. And pictures.

Yes, pictures. Photos, actually, but for one. All upon one stiff piece of paper tacked to the board. A medley of faces and that single approximation one very mediocre artist had rendered (
if only the hack had been required to sign his work...
). Ten in all. All men, though those of the fairer sex had been featured in the past, because deed, not gender, was the price of admission, and the deed must be bad. Very, very bad. The act or acts of criminals. The worst of the worst. And stamped upon the paper that bore this gallery of rogues, the very official seal of the entity that determined one’s worthiness of such a low (or high) honor, none other than the Federal Bureau of Investigation.

“Look,” he said, pressing the flat profile of her stomach to the table’s edge and grabbing a bunch of hair with which he aimed her face at the offending scrap of paper. “Would you mind explaining this?”

She gulped air, sucked it fast and tried to understand what it was that he wanted, searching the wall and the notice board for something amiss, something that might need clarification. But she saw nothing. As hard as she tried she saw nothing except the very, very ordinary. “Explain...explain what?”

He released her hair and reached past her face to rip the paper from the board, bringing it right before her eyes so there could be no mistake this time. “Explain.
Now
.”

The FBI bulletin filled her field of vision, but still she had no clue as to what it was she was supposed to explain to him. “It’s the FBI’s Ten Most Wanted poster. It’s always on that board.”

His breath on her neck grew hot and quick through a few long and awkward seconds of silence, and when he spoke again the words came out low and harsh, a human growl if there could be that. “I know what the fuck it is. But what is that on it?”

The blade came to her neck now, its sharp and gleaming edge a delicate threat against her windpipe. Her eyes began to puddle. “What is what?”

The scream jolted her, the blade seeming so close to slicing her now, to parting the layers of skin beneath and letting her life spill out. “Numbers? Numbers?”

“ON THE FUCKING POSTER! THE NUMBERS! DO YOU SEE THEM?” He ground the paper to her face and pulled it back, the blood trickling from beneath her eyes smeared upon it. “DO YOU SEE THEM NOW? DO YOU?”

“Yes!” she cried out, suddenly focused by the sense that worse things than this insane interrogation might be close at hand. “Yes! I see them!”

“There are numbers!” he barked at her.

The blade came away from her neck and he fisted a bunch of her mousy brown hair, using it to twist her face toward his. “Why are there numbers on there?”

Her wide eyes puzzled at his question. “Aren’t there always numbers?”

He sneered at her stupidity. “No. No, no, no. There aren’t always numbers. There weren’t always numbers. There never have been numbers. No numbers. No numbers. It’s always been just one big happy family, everybody the same. A club with no officers. No president, no vice president. No rank. No one better than anyone else.” His stare probed the vapid terror of her face. “Do you understand what I’m saying? What I’m trying to make clear to you? Do you?”

She didn’t, but nodded nonetheless.

“You see, there are numbers on here now,” he went on, holding the bulletin close to her wounded face once again. “And everyone has a number. Everyone is
ranked
. Why is that? Why have some people been made to feel special and others...” He quieted without calming, then demanded explosively. “WHY ARE THERE NUMBERS?!!”

“I don’t know,” she told him, the tears dripping from her eyes to sting the cuts upon her cheeks. “I don’t know. We just get those and put them up whenever they come in.”

He turned her head fully toward the bulletin. “Read me number one.”

He nodded and squeezed the bunch of her hair tight, painfully tight. “His name, his crime. Read it.”

Tears were blurring her vision, and the ache of his grip upon her scalp was numbing, but she blinked hard and made herself focus. Made herself do this little thing that he wanted. That this crazy man with the knife and no reluctance to use it wanted. “Alvaro Camacho...”

“Name
and
crime,” he prompted her when she hesitated.

“Prosecution,” he corrected her. “Number three...”

The next recitation was about to slip past her lips when recognition damned it there. Her eyes angled slowly toward her captor.

A Touch Menacing by Leah Clifford
Once Upon a Christmas Eve by Christine Flynn
Ticket Home by Serena Bell
The APOCs Virus by Alex Myers
htm Hybrid Misfit by Unknown
Safe Harbor by Christine Feehan
Her Mistletoe Cowboy by Alissa Callen
Final Dawn: Escape From Armageddon by Darrell Maloney
Dinner With a Vampire by Abigail Gibbs
Out of the Ashes (Rise of the Empire Book 3) by Ivan Kal