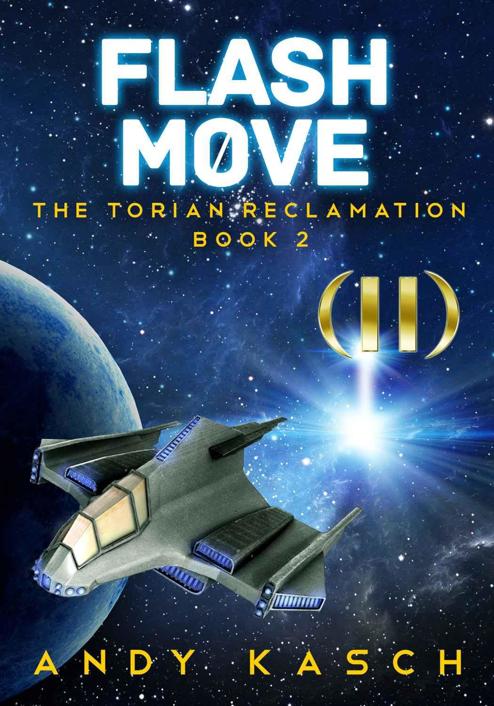 This book is a work of fiction. Names, characters, businesses, religious bodies, corporate or governmental entities, organizations, places, events, and incidents are either the product of the author’s imagination, or are used fictitiously. Any resemblance to actual persons (living or dead), events, or locales is entirely coincidental.

All rights reserved.
No part of this book may be reproduced in any form or by any means, including scanning, photocopying, or otherwise without the express prior written consent of the author.

“Have you changed your minds then, after we brought you all this way?” Inquisitor Errshlin failed to conceal his frustration.

Minister Borrkar bowed before answering, his shining head momentarily vanishing beneath the hood of his dark cloak. The other six Arcs remained motionless behind him.

“Begging your tolerance, Inquisitor, the Arcs have all been transported to the planet surface.”

“All but you seven,” Errshlin shot back. “Why do you stay behind?”

“Inquisitor,” Borrkar said, “the salvage operation is your primary objective, is it not? If we have inconvenienced you in any way, I apologize. It is not our intent to interfere.” He assumed that look of bewilderment Errshlin hated, knowing it was pure theatrics. Errshlin had little tolerance for the antics of these round-boned half-breeds. Back home, he was forced to endure them—but out here, five thousand light years across the galaxy, he was the end of the law.

Errshlin felt himself began to sneer, but managed to change it to a polite smile before responding. Borrkar would not get the better of him this time.

“From my view, Minister, the salvage job is the sole reason we’re here. You Arcs simply hitched a ride, having seized an opportunity to abandon your home and go live among aliens for some inexplicable reason. Now, that is not my affair, other than the portion of my task which directs me to accommodate you. To be perfectly honest, it is of little interest to me—except where there are loose ends to tie up. We’ve made significant progress on these vessels and are ready to commence with the operation. I’ve complied with your every request, and even allowed you to come aboard here to see the project firsthand. But it was my understanding you would all be on the ground by this time. I’m afraid you are now in the way.”

“We thank you for your accommodation, Inquisitor.” Borrkar bowed again. “I assure you we will shortly be the least of your concerns.”

“Very. As to the ‘inexplicable reason’ we have chosen to relocate here, I think you know it is because of the infection.”

“Yes, the game. And now you can see what the infection has done with your own eyes, throughout the halls of these vast wreckages. This is what we wish to escape. So we choose to come live among our law-observing half-brothers, rather than witness our home suffer the same fate.”

“The damage on these Azaarian warships was from a battle,” Errshlin said, “not the result of playing a table game.”

Borrkar cocked his head. “Do you refuse to acknowledge the ominous sign before you? Consider what you see here, Inquisitor, everywhere you look. The imperious skeletons proudly adorned in plush robes sitting on either side of the games, many of which are still propped up and reaching an arm out towards the instrument of their destruction. Even in death they attempt to continue playing. It was not the battle that killed them; it was the infection that made them incapable of fighting a battle.”

“Our government does not recognize the game as a threat,” Errshlin replied, “and my job is to salvage whatever can be found of value.”

“Does that include the games, Inquisitor?”

Errshlin felt a pulse of conviction, but shook it off and tried to give a logical-sounding answer.

“They are considered items of value by Latian authorities, so if we have room for them—”

Errshlin’s transmitter mercifully buzzed. He brought the small rectangular object before his face.

“Sir, you better get back here.”

“Several new transport ships have arrived and are gradually approaching us.”

“That can’t be,” Errshlin said. “The rest of the fleet is in training exercises, and would never make this far of a trip.”

“They’re not ours, Inquisitor.”

“On our way.” Errshlin belted his transmitter and began jogging towards the hangar. “Stay here for now,” he shouted at the Arcs, though they appeared to have no intention of moving. He turned and waved at the ensign standing before the hangar corridor.

“Ensign, we need to get back to Pointship. Fast! Let’s go!”

Within minutes, Inquisitor Errshlin was on his private shuttle crossing the short space between the first salvage vessel and the Latian mission command ship. Two other shuttles transporting most of the project administrators were close behind.

“I see them, there.” Errshlin pointed off the starboard bow. “Five. Whoever they are, that’s not a large enough convoy to give us much trouble.”

The ensign nodded and radioed Pointship their approach confirmation. A short while later, Errshlin was back on his command bridge.

“Two communications from them so far, both audio. The last one came through as you were docking. They’ve identified themselves as Dirgs, and asked about our business with the Azaarian warships. I told them we were assessing the status of the wreckage. They have since requested permission to send a delegation over.”

“Good work, Captain. Dirg, you say? That’s an ancient coalition member world, and not one that’s ever made an attempt to establish relations with us.”

“Not many have,” Murrkal said.

The five Dirg transport ships came into better view on the screen. They were unique in appearance, with their distortion field generators attached to the points of their star-shaped hulls. As they drew close, they spread out evenly to the starboard side of the Latian fleet, positioning themselves imposingly in the route the Latian landing craft were using to travel to and from the middle continents of Milura. The two Dirg ships at the end of the line were now out in front of the salvage vessels. It was a somewhat threatening formation. Errshlin was glad there were only five of them.

As if reading Errshlin’s thoughts, Murrkal said, “They can’t have too many fighters with them. Especially with transport ships of that shape and size. Should I scramble our squadrons, sir?”

Errshlin slowly shook his head. “No. Not yet. But pull the patrols in closer. Answer the Dirg’s last message and welcome their delegation over. Tell them our fighters will give them a proper military escort.”

One hour later, Pointship’s hangar received a solitary alien landing craft. It was half-star shaped, flat on the bottom, similar in design to their transport ships. The Dirg party was escorted to a conference room where Errshlin and Murrkal stood waiting.

There were three of them that came aboard. The Dirgs’ appearance was instantly revolting to Errshlin, but his diplomatic training kept him from showing any reaction. They came to stand across the table, their gelatinous skin expanding and contracting in obvious breathing motions.

“Welcome aboard. I am Inquisitor Errshlin of Latia and this is my second in command, Captain Murrkal.” Errshlin and Murrkal bowed.

“What we have heard of Latians is true,” the Dirg in the middle said. “You are thinner than what our biologists deemed possible. When you turn sideways you practically vanish from sight. How is such a skeletal structure possible for a humanoid species?”

Not only were the Dirgs disgusting to look at, but they were also rude. Their speech translated unpleasantly and carried a slight hissing sound. Nevertheless, Errshlin answered respectfully.

“Our bones are flat, so the rest of our biological structure is accordingly built around them—at least, for us natives. Truth be told, we find round-boned species to be something of an oddity. But then, we have had little contact with other races, our world being remotely located at the far edge of the sphere. Also, it is not our nature to be particularly socially inclined.”

“Hmph,” the middle one said. “You may refer to me as Commander Jojob. My full name would be long and difficult for you even after translation. These are my immediate subordinates.”

The two on either side of him performed what Errshlin took for a Dirg bow. Their flesh contorted itself in a unique way, rippling from their shoulder area down the upper torso. No wonder Latians didn’t go looking for alien friends. These beings were downright hideous in every aspect. Yes, they were humanoids with a head, torso, two arms, legs, eyes, and ears. They had noses and mouths with teeth—lots of sharp teeth, obvious carnivores. But their skin was a constantly changing pattern of green and yellow splotches, bulging and retracting. At first impression they appeared to consist of nothing more than pulsating jelly. Their bodies were generally round, so they probably had round bones down in there somewhere.

“What brings you to Milura?” Errshlin asked. “We never expected to run into anyone here.” He wanted to get right to business, and suspected the Dirgs had the same desire. Everyone was still standing.

“You have video available?” Jojob asked.

“Yes,” Murrkal spoke before Errshlin could answer. He moved to the far side of the room, opened a panel, and pressed a few buttons. The wall came to life with a live feed showing the five Dirg ships in front of the Latian fleet. Two of the Dirg vessels were now launching additional landing craft to the planet surface. Four or five small shuttles were already on their way, and more were coming out of the hangars.

“Exiling the traitor race from among us,” Jojob said. “We are leaving them here.”

Errshlin stiffened as he realized how disturbing the situation was becoming.