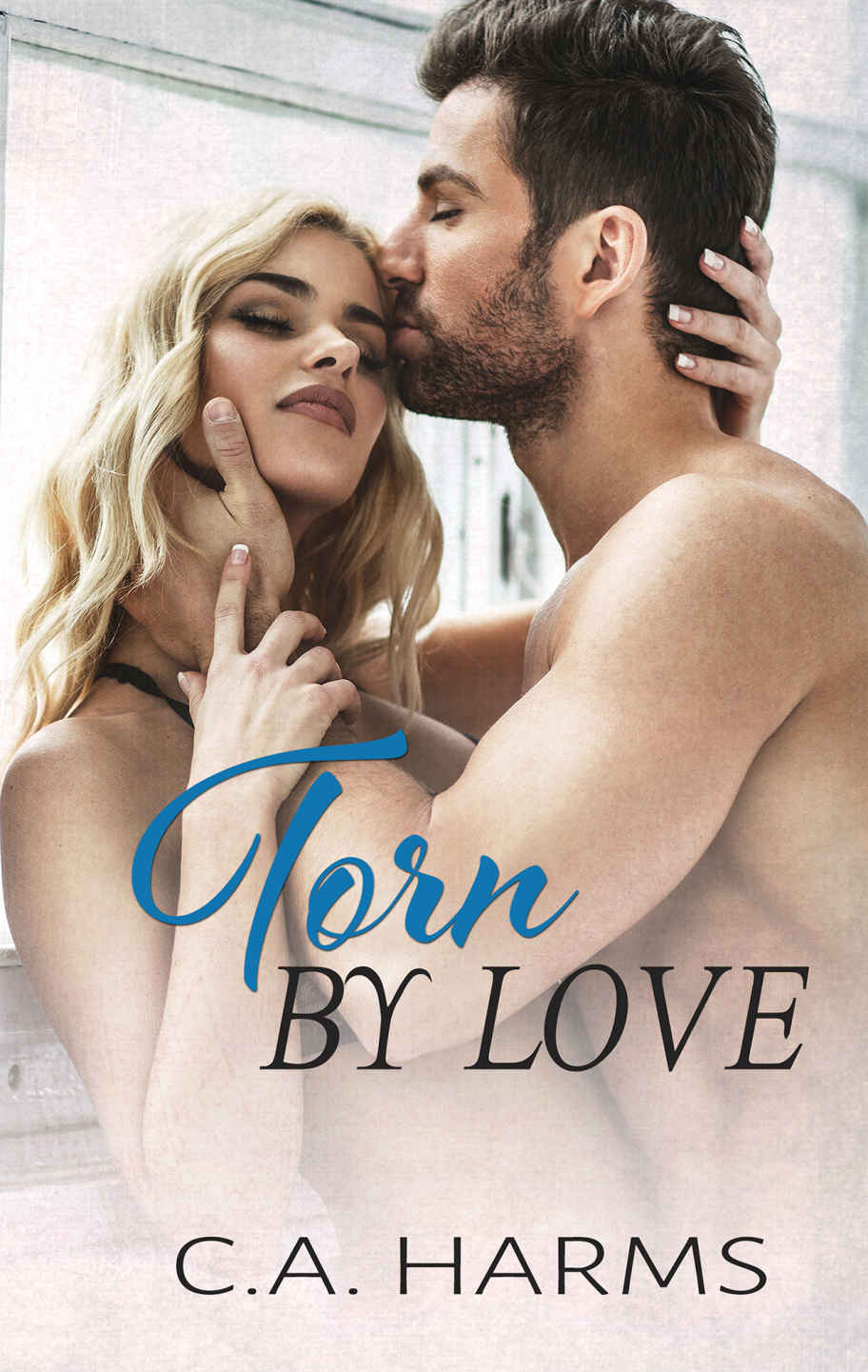 Having a strong person to lean on,

only makes you stronger in the end.

I couldn’t get the key in the lock. My hands were overflowing with grocery bags, and the rain was coming down heavily. Blinking rapidly to clear the raindrops from my eyelashes, I squinted. Who thought it was a bright idea to stop at the store in this weather? Oh yeah, that would be me.

Logan was due home later tonight from his most recent business trip, and I thought I would make him dinner. He had been living in a hotel for the last week, eating takeout food. A nice home-cooked meal would be a welcomed change, I was sure.

I turned the knob and rushed into our apartment. Stumbling just as I stepped inside, I dropped one of the bags. The jar of spaghetti sauce hit the floor hard and rolled toward the center of the room.

I put the bags down and turned to close the door behind me. A scream tore through my throat at the sight of the dark figure standing only a few feet away.

I stepped backward, tripping over the bags I had left in the middle of the floor. I attempted to brace myself but landed hard on the floor. I cried out on impact, a pain shooting through my wrist as I tucked it against my body, attempting to protect it from further injury.

As I looked back up at the open door, my eyes filled with tears. Randy was standing a few feet closer now, scowling as he peered down at me.

“No one is here to save you now, Lily. No friends to hide you, to stand guard over you.” His lip lifted at the corner in a sadistic manner as he stepped closer. “You’re all mine,” he snarled.

I immediately crawled backward in a hurry, my wrist aching each time I placed my palm on the floor.

“There’s nowhere to go. You should just give up now. It’s a pointless fight.” Randy’s chuckle rang out through the quiet apartment.

If I could just get to the bedroom at the end of the hallway, I could lock the door and call for help. A sob escaped me as I looked at the floor near his feet. My phone sat in the bag just behind him. I had no hope of reaching it.

Taking in a deep breath, I pushed up off the floor and ran down the hall as fast as I could. Slamming the bedroom door behind me, I then used all my strength to slide the dresser in front of it.

Once I had the window unlocked, I pushed the screen out. As it fell to the ground with a clatter, I leaned out and measured the distance to the pavement. Our apartment was built on a slope, and the drop was at least fifteen feet.

A loud thump caught my attention. I looked toward the door, which was banging against the dresser and pushing it away little by little.

A sense of panic boiled in my stomach as I lifted my leg and placed it over the ledge, trying my best to hurry without tumbling to the ground. Just as I began to lower myself out of the window, with my feet dangling as I hung over the windowsill, my shoulders were gripped from above.

I screamed out, kicking my legs and trying to break out of the hold.

Tears clouded my vision. I had to get away. Just a little farther and I would be free of the plan he had for me.

The shaking became more intense as I heard Logan’s voice in the distance. “I’m here, Lil, wake up.”

My eyes shot open, and I reared up off the mattress, scrambling toward the headboard while looking around the darkened room in panic.

Logan’s concerned face came into view, and all at once everything came back to me.

Lately the nightmares have been bad. Randy had been served with the restraining order, and I’d only had to see him one time since that night he followed me to Bree’s. I’d had to go back to court last week to extend the order of protection. Seeing his face as he glared at me with such hate brought back both the fear he had instilled in me and my nightmares with a vengeance.

“Rough night?” Logan asked as I took a seat on the other side of the snack bar. All I could offer was a subtle nod. My head was pounding, and I felt as if I barely had the energy to move. “Wanna talk about it?”

Propping my head up on one hand, I yawned. “Mm, not really. I mean it’s the same thing as always. It’s been a while since I last had one.”

“I’m sure it didn’t help seeing him in court last week. I hated not being here to go with you.”

Logan’s a flight attendant and rarely stays home for more than a couple days at a time. It got lonely without him here, and if I was being honest with myself, it was also kind of scary.

“I understand, really.” I gave him the most reassuring smile I could offer. The last thing I wanted was for Logan to feel bad about doing what he loved. I couldn’t expect him or anyone else to put their lives on hold to babysit me.

He came around the end of the counter and sat on the empty stool next to me. “I’m thinking that you staying here alone isn’t such a good idea anymore.”

“Oh yeah? Well what do you suggest I do about that?” I asked.

He wiggled his eyebrows in a suggestive manner. “There’s always the protection of that cute cop you’re dating. Or the Parks hunk that we all know has a thing for ya.” He bumped his shoulder against mine, and I couldn’t help the laugh that escaped me.

“Yeah, Tanner has a thing for everyone with a vagina. So that means very little.” Just the mention of Tanner gave me a rush. “Shawn and I just started dating, I’m not going to invite him to stay with me. I’ll be fine.”

Logan would be leaving tomorrow morning for four days, and I refused to play the scared victim that needed protection. I would be okay. I just had to shake this fear and move on from it.

Bree and I had made plans for a late breakfast. After a quick shower and a skim through my tiny closet, I settled on a pale blue dress. Slipping on a pair of sandals, I sent Bree a text letting her know I was on my way.

Every time I went to Bree’s apartment, I felt out of place. Tanner’s presence made me so nervous. It wasn’t fair how much he could excite me with just one smoldering stare. Those eyes of his made my mind run wild. As I walked up to the door, I repeated Shawn’s name in my mind. It was wrong to think of Tanner when I was dating Shawn. Tanner was a mess and a player. I had to stay clear of him.

I held my breath as I knocked, silently begging for anyone but him to answer.

I heard a loud squeal as the door flew open, and Paisley came running out. “Lily, help.” She laughed as she hid behind me and wrapped herself around my legs.

As I leaned sideways to get a better look at her, her eyes widened and a loud shrill of a scream rushed from her as she squeezed my legs tighter. I spun back around to see what she was trying her best to get away from.

Tanner stood in the doorway, wearing a bright smile. The dimple on his left cheek drew my attention. Why did he have to look so innocent when we all knew he was anything but? He was shirtless, and a faded pair of jeans hung low on his narrow waist. A small patch of dark hair was gathered just at the top.

My gaze appreciatively roamed over his abs before taking in his muscular chest, broad shoulders, and full, thick arms. His throat bobbed as he swallowed, and my vision locked with his. My cheeks grew hot with the knowledge that he had just caught me checking him out. A knowing smile spread out over his lips.

“Um, I, uh,” I stuttered. “I’m here to pick up Bree.” I forced out the words, still feeling a little overheated.

He took a step closer, still saying nothing. His chest was now just inches from me. If I leaned forward, the stubble along his jawline would touch my cheek. I took in a deep breath. He must have showered recently; the manly scent of his body wash filled my nostrils. I remembered it from when I stayed here with them. Yes, okay, I secretly showered with it while I was here those few days. I loved the smell of him. Call me crazy or obsessed, whatever, but it was an amazing scent.

His arms encircled my waist, and I held my breath, afraid to move. I closed my eyes, and just as my body was about to lean into him, he pulled Paisley from behind me. She squealed with laughter again as he tossed her up over his shoulder and turned toward the apartment.

“You coming?” he asked as he looked back over his shoulder and flashed me that sexy dimple once again. “Bree and Max are upstairs. It could be a while.” He winked and walked off with a kicking, giggling Paisley.

Pull it together, Lily. Drool much?