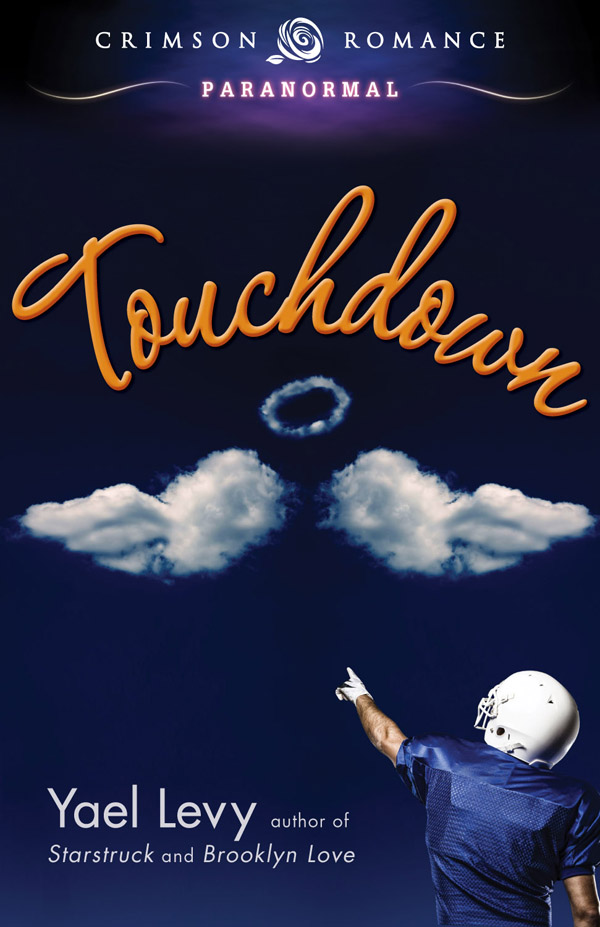 Couldn't have done this without you. Really.

Forever is not that long.

“Love is strong as death,

Jealousy hard as the grave,

Its flashes are flashes of fire, the flame of God.”

“I'm in love,” Goldie Fischer said to her sister, Mindy. It was the end of summer in New York as Goldie studied her reflection just outside the dressing room at Brenda's Boutiqueâthe place to shop for couture on Long Island. Goldie twirled around like a model on a catwalk, observing her appearance from every angle. Petite and thin with her long, dark hair (which she had straightened weekly at the beauty parlor before her mani-pedi appointment), Goldie looked taller than usual in her four-inch Jimmy Choo heels.

Mindy nodded. “I know you're in love. That's why you're getting married on Thursday.”

“Not him.” Goldie laughed as she preened in front of the full-length mirror. “This blouse. Do you see the stitching? The sequins?”

Mindy shrugged and scrutinized the pink frilly garment. “It looks like something a clown might wear to the circus.”

Goldie fingered the blouse. “This is perfection. This is love.”

“Right,” Mindy said as she sat back in the plush plum-colored chair and scrolled through the songs on her iPod. Her ear buds were in her ears, but Goldie knew Mindy could still hear everything she was saying. “I'm sure Avner would be happy to hear he was beat out by a shirt.”

“Somebody is cranky today,” Goldie sang as she tossed her dark hair. “Did you have enough carbs or are you PMSing? Let me know if you need me to buy you chocolates.”

“I'm not cranky. You know I just hate shopping. I only came because you made me,” Mindy said.

“How anyone can hate shopping is beyond me,” Goldie said as she twirled one final time then went back into the private stall and tried on the next outfit in her vast collection.

“Nonsense,” Goldie said. “Every female loves to shop. It's in our DNA. You're just a late bloomer.” She clucked sympathetically.

“Goldie! I'm twenty years old and I still hate shopping. I love music and good booksâshopping is just not my thing,” Mindy concluded.

“That's a terrible thing to say.” Goldie sniffed and emerged from the stall, changed back into her own clothes. “Maybe if you made yourself more attractive, you'd have a better shot at catching a man.”

Mindy stared in the full-length mirror; her gentle blue eyes examining her reflection. “It's not like they'll be beating down the doors for me, no matter what I wear.”

Goldie glanced at her sister. She wore outdated Reebok sneakers, a long denim skirt, and a shapeless T-shirt. Frizzy dirty-blonde hair framed her heart-shaped face, which showcased an unsightly harelip. Even though Mindy had had corrective surgery when she was a child, she was left with a scar from the procedure that stretched from the top of her lip to the bottom of her nose. Goldie knew that in their part of townâin Long Island's city of Lawrence, New YorkâMindy would have a hard time finding a husband because of it. She did pray that one day a man would love her sister for her inherent goodness and enjoyable personality, but she wasn't holding her breath for that to ever happen. Who in New York could possibly love someone just for his or her soul?

“Well, if you won't get a man, you might as well be productive. You could always join the army. Or the coast guard,” Goldie teased. She picked through the enormous mound of clothing, finally selecting the pink top.

“Yeah, they'll really want meâthey must have a shortage of kindergarten teachers.”

Goldie waved her hands, the blouse waving like a flag. “So join a convent or something.”

“Don't think the convents are looking for Jewish gals, Goldie,” Mindy said dryly. She threw her head back and sighed. “Remind me why I put up with you?”

Goldie leaned over and pinched Mindy's cheek. “Because you're my little sister and we love each other. We put up with each other. That's what we do.” Mindy smiled and brushed at the soft purple velvet on the chair.

Chumie Sternâassistant to Brenda of Brenda's Boutique fameâentered the dressing room lounge. Stepping past the embroidered couches and French country-style mirrors framed in gold leaf, Chumie slowly exhaled as she tried to balance a pile of boxes. “We got in the outfits you ordered from Paris,” she said.

“Oh, those.” Goldie pursed her lips. “I changed my mind.”

Chumie stared at Goldie, and her dark eyes flashed. “You called me three times a night for a week. I spent hours tracking them down.”

“They're too last month,” Goldie said as she reapplied her mint-colored eyeliner, which she knew made her green eyes sparkle like a wildcat. She blew herself a kiss.

Chumie slowly put the boxes down on the floor and crossed her arms over her chest. “That's what you said last month about the previous shipment,” she said.

Goldie flourished her hand, dismissing Chumie's point. “Somebody is being negative.”

Chumie shook her head and pinched the bridge of her nose. “Somebody has to answer to Brenda when we have excess inventory.”

“That's business,” Goldie said as she turned her head, trying to decide which angle made her face look the best. The right side seemed more evenâthough her left side photographed better.

“Right,” Chumie said abruptly. “The Versace silk skirtâdid you want to see it in size six or four?” She ran her stubby fingers through her straggly black hair.

Goldie meandered back into the dressing room. “Avner's meeting us for lunch so we must be going,” she said, then shot Chumie a winning smile. “Let me take both and return the one that doesn't fit?”

“You know Brenda hates when you do that.” Chumie glared at Goldie. Her normally ruddy pallor had turned ashen at the mention of Goldie's fiancÃ©.

Chumie sighed. “Fine. Whatever. But which Juicy do you want?”

“The pink velour that says Daddy's little princess.” Goldie freshened her coral lipstick. “Should I spell that out for you, Chumie?”

Chumie huffed at Goldie. “I know how to spell princess. Should I ring this up?”

Goldie smiled. “That would be great. Just charge it to Daddy, okay? Allen Fischer.”

Chumie mentally scanned the items. “It's gonna be a big bill. You sure your father is okay with that?”

Goldie shrugged and collected her lavender Louis Vuitton purse. “That's what daddies are for.”

“Excuse me?” Goldie turned to Chumie, her smile frozen on her face. “Did you say something?”

“Me?” Chumie shook her head and bared her teeth in some resemblance of a smile. “No, just wanted to wish you good luck on your wedding.”

Bags in hand, Goldie exited the boutique with her sister and headed toward the Chinese restaurant. Adjusting her Burberry shades, Goldie sashayed down Central Avenue as if on a runway.

“God, that Chumie can be such a witch,” Goldie said to Mindy as they walked. Pedestrians parted and heads turned as Goldie maneuvered down the street; Goldie was used to the attention she received by being a woman of substance.

Mindy shrugged. “You do drive her crazy.”

Goldie laughed. “But that's her job.”

“Now whose side are you on?” she asked accusingly.

“I'm on the side of decency.” Mindy turned to stare at her sister. “You can't treat people like that.”

“I don't treat everybody like that,” Goldie interrupted. “And you don't know our history. It's . . . complicated.”

“I see. So you still can't forgive her for besting you in the sixth grade spelling bee?”

“Oh, please. Of course not. Though it was fixed,” she added as she examined her nails.

Mindy threw up her hands. “Goldie! Nobody fixes a spelling bee. And you still couldn't spell if your life depended on it,” she exclaimed.

“Maybe I can, and maybe I can't.” She sniffed. “But who's the one getting married to Avner Finkelstein?”

“Ouch. So you are obnoxious to Chumie because she has a crush on your fiancÃ©?”

“More than a crush. Ever since she was toilet-trained, all she could talk about was Avner this and Avner that and how she couldn't wait to marry him, blah, blah, blah.”

Mindy stopped walking. “So you flaunt that you got him?”

Goldie shrugged. “It's not like he'd ever marry her.”

Goldie shook her head and ticked off Chumie's faults on her fingers. “For one, Avner told me he only liked her as a friend. Two, she's not as pretty as me, and threeâwe've been friends since kindergarten and frenemies since high school, so don't take this as judgmentalâbut she's a witch.”