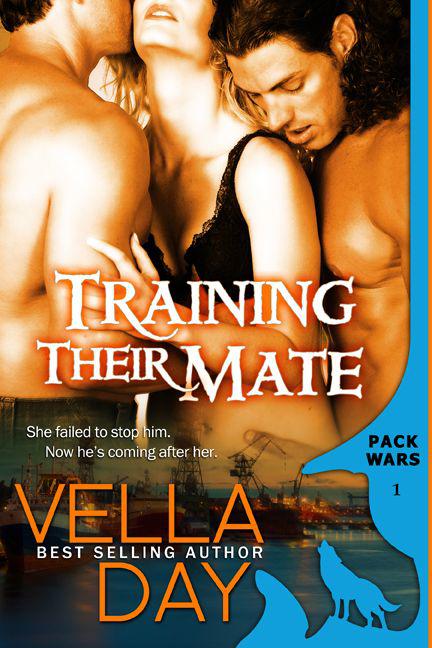 This is a work of fiction. Names,
characters, places, and incidents either are the product of the author’s
imagination or are used fictitiously, and any resemblance to actual persons
living or dead, business establishments, events or locales, is entirely coincidental.

All rights reserved. No part of this book
may be used or reproduced in any manner whatsoever without written permission
of the author except in the case of brief questions embodied in critical articles
or reviews.

Published
in the United States of America

She’d put enough GHB in his
coffee to make the average man drop to his knees in minutes, and yet each time
she’d gone into her new boss’s office, the raping bastard hadn’t looked
cross-eyed once. How was that even possible?

He’d holed up in his office
for the last hour, and she prayed by now he was slumped over his desk. Her pits
stunk from nervous perspiration waiting for the moment to pull the trigger. It
was horrible enough that he’d raped her mom twenty years ago, but last week
she’d found her dead mother’s diary that revealed Couch had returned week after
week until her mom finally killed herself.

Christ.
Just go check on him
.

You
have to look. Then you have to shoot him.

She clutched her purse with
the gun inside and strode toward his office. If he came at her like he had her
mom, she’d shoot the bastard in the balls—then in his heart.

After glancing behind her to
make sure no customers had wandered in, she inhaled her courage.

The November skies had grown
darker than usual, and the gunmetal gray clouds rumbled. A bolt of lightning
lit up the office window. She clasped a hand to her chest and forced her heart
to slow.

She wanted to get the hell
out of here, but she couldn’t just walk out without knowing for certain if he
was ripe for killing. She tapped on his door and held her breath. If he
answered, she would just say goodnight. It was a few minutes past five already.

Fuck
.
How
did I fail? The bastard should be drowsy and glassy-eyed, if not asleep.

She pushed the door open and
stuck her head into the room. The asshole was upright and appeared completely
in control of his body. Her brain searched for words to cover her disappointment.
“I’ve sorted through all the manifests, filed them, and sent for a few more
resumes. Is there anything else you need before I go home?”
Besides kill your sorry ass?

For a brief moment, his muddy
brown eyes appeared to glow amber, but she chalked it up to her nerves and the
fading light coming through the window.

Ms.
Chambers
. She liked the
name she’d chosen. She’d spotted it stenciled on a building plaque she passed
on her way here from the parking lot. No way could she have used her real name.
After all, he might have recognized it. “Yes, sir.”

He looked down then glanced
up. “It’s good to have you on board. I’ll see you tomorrow.”

She’d played it smart though.
Every time she’d come into his office today to ask for more instructions or to
give him something, she’d glanced at his calendar and mentally noted where he
needed to be later in the week. He hadn’t seen the last of her.

Her chest constricted, and before
she passed out or acted more suspicious, she had to leave.
One thing for damn sure, she couldn’t come back
to the office after her failed attempt.
Not
to mention being near the vile man churned her stomach something fierce. She’d
just have to figure out another way to kill the asshole.

She turned around and forced
herself to take metered steps back to her desk. Running would signal something
was wrong. As she inspected her office area to make sure she hadn’t left any
scrap of evidence behind, she heard him on the phone.

As unobtrusively as possible, she slipped into
the muggy Florida air where a light sprinkle had already begun to fall. Her
stomach rolled from the exhaust fumes mixed with the smell of urine from the
storefront next door. She hurried toward the remote parking lot and glanced
around her
. Despite this
being a small city, it was still a city and there should have more people
outside despite the inclement weather.
Whatever
.

The urge to run to her car
almost won out, but she kept her gaze straight ahead and her stride even and
strong.

Why
hadn’t the bastard collapsed?

He’d drank almost the whole damn cup of
peppered coffee. She’d pilfered the drug from her BFF, Chelsea, who took a very
potent sleep aid that was laced with GHB, as close to a truth serum as she
could find. Thirty minutes after her friend ingested the drug, she was out cold
for at least four hours. Even though Mr. Couch was a much larger man, he should
have been affected.

Yes, taking the drug from her friend had been
wrong, and more than one twinge of guilt had consumed her, but she’d had no
choice. The man had ruined her life. She just prayed Chelsea never found out. If
she had, despite the circumstances, her levelheaded friend would have tried to
talk her out of confronting him.

As Liz approached the remote
parking lot, she increased her pace, in part out of fear someone would arrest
her for what she’d done and partly because the rain was pounding harder. It
would have been nice if she’d thought to bring an umbrella, but her mind had
been focused on murder.

Several boarded up storefronts ratcheted her
creep factor. She needed to reach the lot fast and drive home. Focused on her
destination, she picked up her pace. Her foot bumped into a cup full of change,
and only when her toe connected with the metal object, did she spot the
sleeping transient under the awning. The cup rolled four more feet before
stopping.

“Sorry.” She retrieved the container and
replaced the coins.

The man didn’t stir.
Why couldn’t Couch have fallen asleep like
that?

With one hand, she covered
her nose to prevent inhaling the stench of the man’s body odor, and with the
other, she dug in her purse for loose change. Counting the coins, all she
managed to find was eight-five cents. Pathetic. If she hadn’t bribed the former
worker at Couch’s company to quit her job so Liz could take her place, she
would still have her stash of emergency cash.

She dropped what little money
she had in his cup, but even the clinking sound of the coins didn’t rouse the
poor guy. The wind picked up and along with it came chillier air.
Time to go
.

to the lot, the rain came down
in earnest—make that the hard-driving Florida rain.
Shit
. With her head down, she shielded her eyes and half jogged
toward the parking lot. Her mind raced as she replayed her failed attempt to kill
Harvey Couch.
Screeching brakes and honking
horns behind her forced her to turn around. A white van careened across
oncoming traffic and headed straight toward her. Her muscles locked up.

She froze for a second until
fear pumped enough oxygen to her brain. Adrenaline enabled her to sprint five
feet into the alley and rush down the gravel drive. She didn’t want to stop
until she reached the other side, but her high heels kept sinking into the
loose stones. That, along with a stitch in her side and her lungs threatening
to burst, forced her to slow down. Panting, she plastered her back against the
wall and listened for the inevitable crash.

Only it didn’t come. In fact,
nothing sounded for two seconds. Then more tires squealed and smoke billowed
out from behind the vehicle as the rear of the white van backed up across the
alley entrance. Despite the rain pummeling her face, she couldn’t drag her
attention off what was happening.

She exhaled, believing the
man was trying to return to the street, but the driver aimed his gaze straight
at her, turned the wheel, and gunned the engine.

What
the fuck?
The vehicle
raced toward her, and her mind blanked.

Things suddenly slowed down
like she was underwater, and as each heavy raindrop splattered her face, her
brain fought to catalogue the events.

This
can’t be happening
.
He can’t mean to harm me.
Her thoughts
jumbled. Should she stay still and hope he’d pass her, or try to outrun the
car? The latter choice might not be the soundest one, but the fight or flight
instinct took over.

She lifted her hand to propel
herself forward, but the first step seemed to take forever. Her damn heels and
tight skirt made moving fast hard as shit.

Less than twenty feet away
sat a green commercial dumpster. Her only hope was to hide next to it. At the
loud crunch of tires on gravel, she dove to the ground before she reached her
destination.

Fuck
. Glass cut her palms and scrapped her
knees. Pain screamed across her body. She waited for the impact and certain
death but nothing happened. The car sped past.

Curled up in a fetal
position, she allowed the sob to escape. What was she thinking—that her
boss sent a hit team to kill her for trying to incapacitate him? What a
ridiculous notion—because he couldn’t have been aware of the GHB she’d
slipped into his coffee. If the date rape drug had worked, he’d already be dead.
The irony of using that drug on the man who raped her mother didn’t escape her.

Her legs throbbed and her
heart beat faster than the wings of a hummingbird. She decided to wait until
the offending vehicle exited the alley before trying to get up. The rain
intensified and she shivered. Whoever said Florida was always warm and sunny was
so freaking wrong.

The van stopped in the middle
of alley.
Wait a minute
. Something
wasn’t right. The doors to the van opened.
Crap
.
She needed to get the hell out of there and question things later.
Two snarling dogs jumped out. It was
too dark in the alley to see them clearly, especially with the rain, but they
were big and ugly and scary as shit. They took one look at her, bared their
teeth, and charged.

Fuck,
fuck, fuck
. She
scrambled to her feet and tried to force the pain from her brain. She ran and
ran expecting to be mauled at any moment.
Call
off your dogs!

Their nails scraping on the
gravel and their low growls burned through her. Thoughts of reasoning with the
beasts flashed in her brain, but given the angry snarls, she discounted that
idea immediately.

When she glanced behind her
to judge their distance, she tripped over something and fell, slamming her head
to the ground. Tears brimmed at the pain and a second later as she tried to get
up, her throbbing knees buckled
. Oh, dear
God. I’m going to die.

She squeezed her eyes shut.
Instead of the expected pain of teeth tearing her flesh, a soft pop—like that
of a gun with a silencer—sounded, and the attack never came.

Her breath caught. She opened her eyes and
stared at the dogs’ raised muzzles as they looked past her and over her head.
Their howls nearly pierced her eardrums, and she clamped her hands over her
ears, too afraid to move. The larger of the two backed up, but they both kept
their focus behind her. Then suddenly, the dogs did an about face and sprinted
back to the car. Hope filled her.