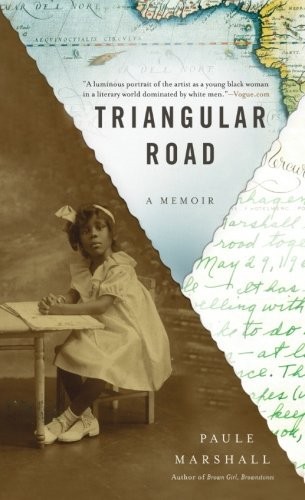 Table of Contents
Title Page
AUTHOR’s NOTE
HOMAGE TO Mr. Hughes
I’ve KNOWN Rivers: The JAMES River
I’VE KNOWN SEAS: THE CARIBBEAN SEA
Barbados, Part I
Barbados, Part II
Grenada, 1962
I’VE KNOWN OCEANS: THE ATLANTC
Copyright Page
BOOKS BY PAULE MARSHALL
Brown Girl, Brownstones
Soul Clap Hands and Sing
The Chosen Place, the Timeless People
Reena and Other Stories
Praisesong for the Widow
Daughters
The Fisher King
AUTHOR’s NOTE
This book is an adaptation of a lecture series delivered at Harvard University in 2005 on the theme of “Bodies of Water”—specific rivers, seas and oceans—and their profound impact on black history and culture throughout the Americas.
HOMAGE TO Mr. Hughes
N
ew York. Early May, 1965. The return address on the official-looking letter I retrieved from my mailbox read “United States Department of State, 301 Fourth Street, SW, Washington, D.C. 20547.” Frankly, I registered only the words “department” and “state,” “State Department,” and instantly panicked, anticipating the worst. The letter just had to be bad news of some sort. Why else would the State Department be writing me? Was I perhaps being summoned to appear before a new Joe McCarthy-type subcommittee on Un-American Activities? It was the
height of the Civil Rights Movement, after all, and my involvement in the northern front of the Struggle had to be known. The thing in my hand might well mean trouble.
When I finally managed to calm down enough to open the letter, its contents proved to be a different matter altogether. Rather than a dire summons, it turned out to be a once-in-a-lifetime plum of an invitation.
According to the letter, the world-renowned poet Langston Hughes would soon be conducting a month-long cultural tour of Europe for the government, during which he would be giving a series of readings as well as talks on African American literature. This was something Mr. Hughes had done for the State Department on a number of occasions in other parts of the world. Only this time he had insisted that two young writers, of his choosing, be included on the tour. And he had named me as one of the writers he wished to take with him.
The invitation in hand, I stood dumbstruck for the longest time. Langston Hughes! None other than the poet laureate of black America had chosen me to accompany him on a cultural tour of
Europe! Me, a mere fledgling of a writer, with only one novel and a collection of stories published to date! Why would someone of his stature so much as consider a novice like myself?
Perhaps I should not have been all that surprised. Mr. Hughes was known for the support and encouragement he extended to the generation of younger writers like myself who began publishing in the 1950s and early 1960s. The poet Gwendolyn Brooks, the playwright Lorraine Hansberry, Alice Walker, among others, have written of their indebtedness to him. In my case, he had been kind enough to attend the book party that launched my first novel, published in 1959, a somewhat standard coming-of-age tale about a girl not unlike myself born and raised in a Brooklyn community that was both African American and West Indian. The book party, held in a Harlem storefront, was just getting underway when, to the awe of everyone there, the great man appeared in the doorway. Mr. Hughes was in his early sixties by then. The handsome, soulful-looking young poet of the 1920s Harlem Renaissance had long been replaced by a somewhat paunchy, rapidly aging yet nonetheless
urbane man of letters, every wave of his naturally wavy hair in place, and his trademark cigarette a permanent fixture between his lips.
There he stood, the poet who had long been a literary icon, come to celebrate with me, come to congratulate me on the favorable reviews my novel had received, there to beam at me like a paterfamilias whose offspring had done him proud.
To add to the celebration, I was eight months pregnant at the time. A book and a baby in the same year and produced within a month of each other! A feat I was never to manage again. Mr. Hughes also promptly congratulated me as well as my husband standing beside me on the upcoming baby.
Two years later, 1961, saw yet another instance of his thoughtfulness and support upon the publication of my second book, the collection of stories I mentioned earlier entitled
Soul Clap Hands and Sing
. A postcard arrived from Mr. Hughes, written in his distinctive green ink. “‘Clap Hands’ is about the prettiest looking book I ever saw,” the card read. “It j
ust now
came. I look forward to reading it.” His large boyish flourish of a signature at the bottom.