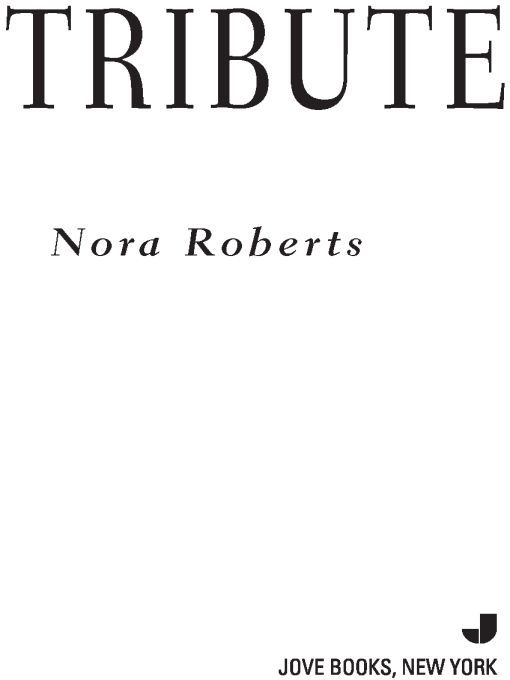 Table of Contents
Title Page
Copyright Page
Dedication
Part One - DEMO
ONE
TWO
THREE
FOUR
FIVE
SIX
SEVEN
EIGHT
NINE
TEN
Part Two - REHAB
ELEVEN
TWELVE
THIRTEEN
FOURTEEN
FIFTEEN
SIXTEEN
SEVENTEEN
EIGHTEEN
NINETEEN
TWENTY
Part Three - FINISH TRIM
TWENTY-ONE
TWENTY-TWO
TWENTY-THREE
TWENTY-FOUR
TWENTY-FIVE
TWENTY-SIX
TWENTY-SEVEN
TWENTY-EIGHT
TWENTY-NINE
THIRTY
Teaser chapter
The #1
New York Times
bestselling author presents her latest blockbuster novel, the story of a big-screen legend, a small-town scandal and a young woman caught up in the secrets and shadows of both.
Cilla McGowan, a former child star, has found a more satisfying life restoring homes. So she comes to Virginia’s Shenandoah Valley to save the dilapidated farmhouse that once belonged to her grandmother—a legendary actress who died of an overdose more than thirty years ago.
Plunging into the project with gusto, Cilla’s almost too busy and exhausted to notice her neighbor, graphic novelist Ford Sawyer. Determined not to carry on the family tradition of ill-fated romances, Cilla steels herself against Ford’s quirky charm, though she can’t help indulging in a little fantasy.
But it’s reality that holds its share of dangers for Cilla. A cache of unsigned letters found in the attic points to a mysterious romance in her grandmother’s life—and may be the catalyst for a frightening, violent assault. And if Cilla and Ford are unable to sort out who is targeting her and why, she may, like her world-famous grandmother, be cut down in the prime of her life.
TRIBUTE
“A well-written book about interesting characters and the complexities of life, and it lives up to the quality readers expect from the author.”
—The (Charleston, SC) Post and Courier
“Once again the extraordinarily imaginative, prolific and popular Roberts creates a cast of magnetic and superbly nuanced characters and a cleverly ordered plot spiced with subtle suspense and sexy romance.”
—Booklist
Turn the page for a complete list of titles
by Nora Roberts and J. D. Robb
from the Berkley Publishing Group . . .
Nora Roberts
HOT ICE
SACRED SINS
BRAZEN VIRTUE
SWEET REVENGE
PUBLIC SECRETS
GENUINE LIES
CARNAL INNOCENCE
DIVINE EVIL
HONEST ILLUSIONS
PRIVATE SCANDALS
HIDDEN RICHES
TRUE BETRAYALS
MONTANA SKY
SANCTUARY
HOMEPORT
THE REEF
RIVER’S END
CAROLINA MOON
THE VILLA
MIDNIGHT BAYOU
THREE FATES
BIRTHRIGHT
NORTHERN LIGHTS
BLUE SMOKE
ANGELS FALL
HIGH NOON
TRIBUTE
Series
Born in Trilogy
BORN IN FIRE
BORN IN ICE
BORN IN SHAME
DreAm Trilogy
DARING TO DREAM
HOLDING THE DREAM
FINDING THE DREAM
ChesApeAke BAy Saga
SEA SWEPT
RISING TIDES
INNER HARBOR
CHESAPEAKE BLUE
GAllAghers of Ardmore Trilogy
JEWELS OF THE SUN
TEARS OF THE MOON
HEART OF THE SEA
Three Sisters IslAnd Trilogy
DANCE UPON THE AIR
HEAVEN AND EARTH
FACE THE FIRE
Key Trilogy
KEY OF LIGHT
KEY OF KNOWLEDGE
KEY OF VALOR
In the Garden Trilogy
BLUE DAHLIA
BLACK ROSE
RED LILY
Circle Trilogy
MORRIGAN’S CROSS
DANCE OF THE GODS
VALLEY OF SILENCE
Sign of Seven Trilogy
BLOOD BROTHERS
THE HOLLOW
THE PAGAN STONE
Nora Roberts & J. D. Robb
REMEMBER WHEN
J. D. Robb
NAKED IN DEATH
GLORY IN DEATH
IMMORTAL IN DEATH
RAPTURE IN DEATH
CEREMONY IN DEATH
VENGEANCE IN DEATH
HOLIDAY IN DEATH
CONSPIRACY IN DEATH
LOYALTY IN DEATH
WITNESS IN DEATH
JUDGMENT IN DEATH
BETRAYAL IN DEATH
SEDUCTION IN DEATH
REUNION IN DEATH
PURITY IN DEATH
PORTRAIT IN DEATH
IMITATION IN DEATH
DIVIDED IN DEATH
VISIONS IN DEATH
SURVIVOR IN DEATH
ORIGIN IN DEATH
MEMORY IN DEATH
BORN IN DEATH
INNOCENT IN DEATH
CREATION IN DEATH
STRANGERS IN DEATH
SALVATION IN DEATH
PROMISES IN DEATH
Anthologies
FROM THE HEART
A LITTLE MAGIC
A LITTLE FATE
MOON SHADOWS
(with Jill Gregory, Ruth Ryan LAngAn, And MAriAnne Willman)
The Once Upon Series
(with Jill Gregory, Ruth Ryan Langan, And Marianne WillmAn)
ONCE UPON A CASTLE
ONCE UPON A STAR
ONCE UPON A DREAM
ONCE UPON A ROSE
ONCE UPON A KISS
ONCE UPON A MIDNIGHT 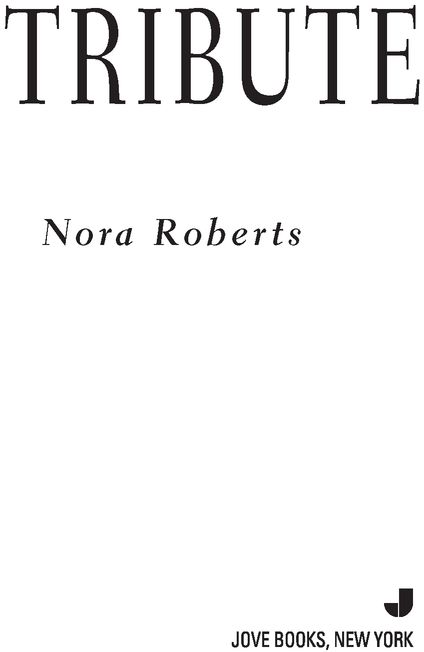 For JAson And Kat, As you start your life together.
MAy the gArden you plAnt root strong,
blossom with the colors And shapes eAch of you brings,
And both of you tend, so the blooms fl ourish.
Part One
DEMO
The past cannot be presented;
we cannot know what we are not.
But one veil hangs over the past,
present, and future.
—HENRY DAVID THOREAU
ONE
A
ccording to legend, Steve McQueen once swam buck-naked among the cattails and lily pads in the pond at the Little Farm. If true, and Cilla liked to think it was, the King of Cool had stripped off and dived in post
The Magnifi cent Seven
and prior to
The Great EscApe.
In some versions of the legend, Steve had done more than cool off on that muggy summer night in Virginia—and he’d done the more with Cilla’s grandmother. Though they’d both been married to other people at the time, the legend carried more cheer than disdain. And since both parties were long dead, neither could confirm or deny.
Then again, Cilla thought as she studied the murky water of the lily-choked pond, neither had bothered—as far as she could ascertain—to confirm or deny while they’d had the chance.
True or false, she imagined Janet Hardy, the glamorous, the tragic, the brilliant, the troubled, had enjoyed the buzz. Even icons had to get their kicks somewhere.
Standing in the yellow glare of sun with the dulling bite of March chilling her face, Cilla could see it perfectly. The steamy summer night, the blue wash from the spotlight moon. The gardens would’ve been at their magnificent peak and stunning the air with fragrance. The water would’ve been so cool and silky on the skin, and the color of chamomile tea with pink and white blossoms strung over it like glossy pearls.
Janet would have been at her stunning peak as well, Cilla mused. The spun-gold of her hair tumbling free, spilling over white shoulders . . . No, those would have been spun-gold, too, from her summer tan. Gilded shoulders in the tea-colored water, and her Arctic-blue eyes bright with laughter—and most likely a heroic consumption of liquor.
ADS
15.4Mb size Format: txt, pdf, ePub

A Slippery Slope by Emily Harvale
Gold Medal Horse by Bonnie Bryant
The Bourne ultimatum by Robert Ludlum
Locked in Silence: Grimm's Circle, Book 5 by Shiloh Walker
A Change in Altitude by Cindy Myers
Ranger's Apprentice 1 & 2 Bindup by John Flanagan
From the Ashes by Gareth K Pengelly
2 The Judas Kiss by Angella Graff
Vigilant by Angel Lawson
A Fistful of Charms by Kim Harrison