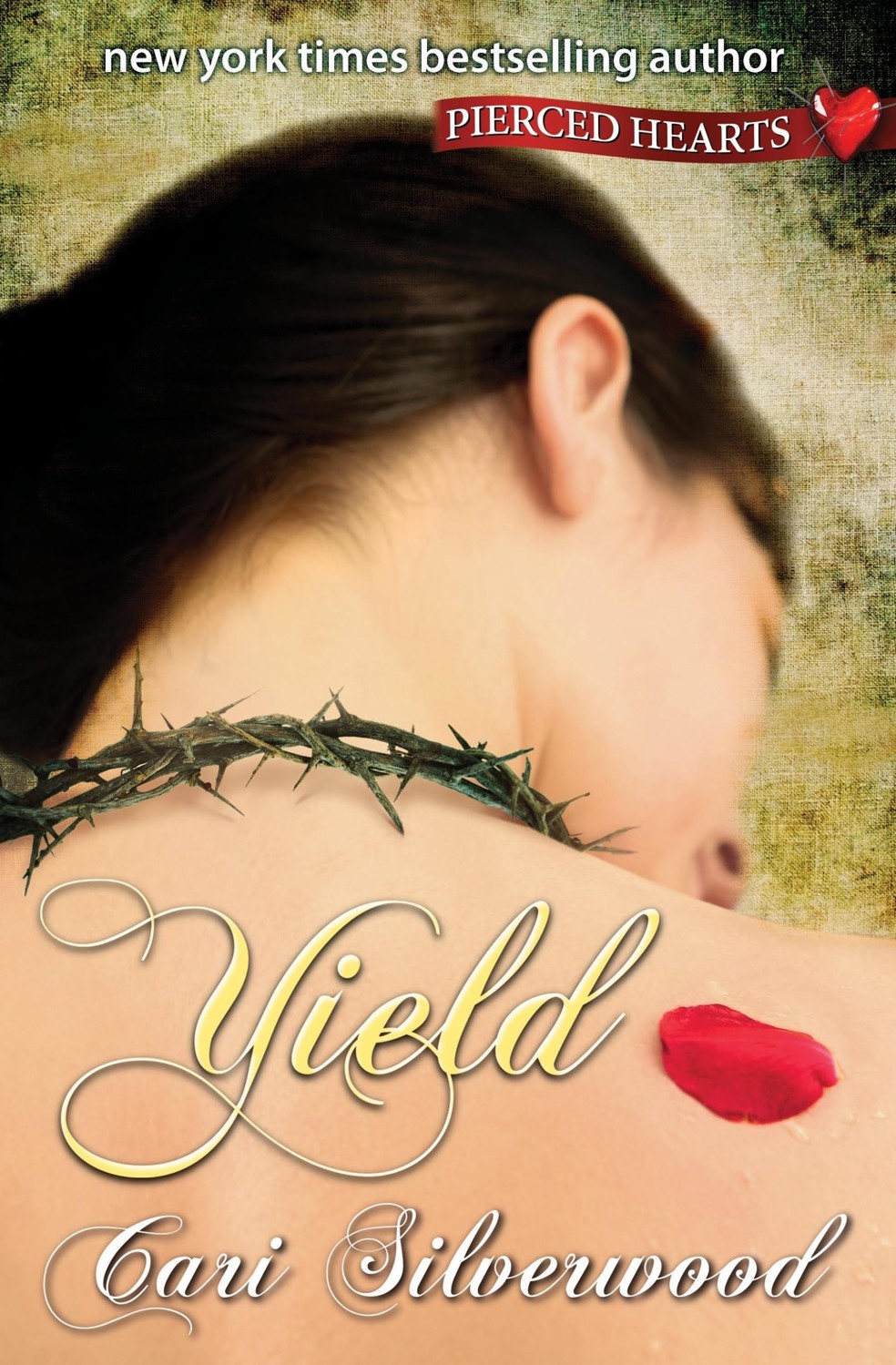 Moghul is a sadist and businessman, with a finger in every kinky enterprise he can get his hands on and a jaded view on life. When his eye turns to Wren, he realises how dull life has been. He hasn’t tried everything after all. When they can’t say no, things might be more…interesting.

Glass is the dominating ex-SAS soldier. Each man is determined to keep Wren for himself using methods that may be illegal, immoral, or likely to make somebody feel the pain for a long, long time.

If you lie down with bad men, be prepared to get up on your knees. 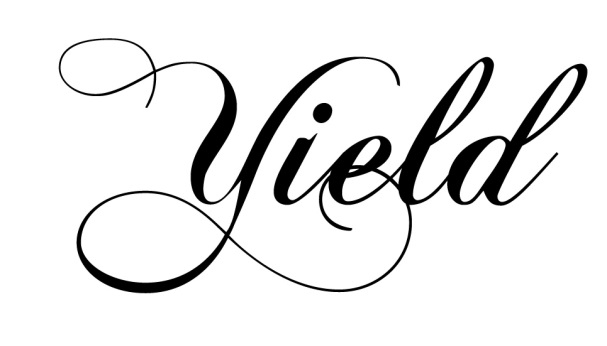 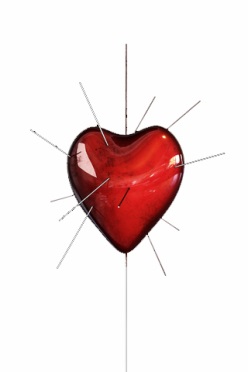 All rights reserved. This copy is intended for the original purchaser of this e-book only. No part of this e-book may be reproduced, scanned, or distributed in any printed or electronic form without prior written permission from the author. Please do not participate in or encourage piracy of copyrighted materials.

If you’d like to discuss the Pierced Hearts series with a group of other readers, you’re welcome to join this group on facebook:

This series is now available in boxset collections 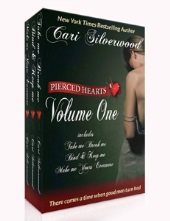 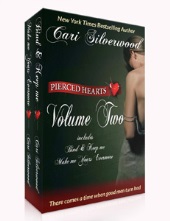 To all my wonderful beta readers, friends and fans a big hug and Mwah! But especially to my number one fangirling ‘piglet’, Emma Rose, who read everything as I wrote. Also a huge thank you to Angel Brat, Jennifer Zeffer, who helped me immensely despite her evil day job, and to Jody Rhoton, who helped me figure out what was right and what needed fixing.

Thank you to my editor, Nerine Dorman for her facts on hook suspension – she’s assisted with some suspensions. Lastly, thank you Zmish (fetlife name), for her wonderful information about the ins and outs of hook suspension and how thrilling the insertion of those hooks can be. What an awesome way to have an orgasm!

If you’ve processed that and are headed onward, strap yourself in and hang on tight. The twisted fantasies in this story will take you to the edge of the abyss.

I played with the napkin next to my plate. The late afternoon sun came in low, glinting off the tableware and making the place so glary it was difficult to see the man weaving between the other empty chairs and tables. For a little roadside pitstop eatery up in the Papua New Guinea mountains, the décor was...cute. My napkin had Bart Simpson on it and none of the chairs matched. And the waitress had vanished.

I glanced at my hulking bodyguard and he nodded reassuringly. Not a single black hair was out of place. James Bond and Hugh probably exchanged texts and anti-villain plans, but my father always had employed the best. Hugh had insouciance down to an art. Nothing fazed him, except maybe the tropical heat. He had a thing for being properly dressed in at least long pants and buttoned shirt. Today was a day for sweating.

Even in my tank top and denim knee-length pants, I was feeling the heat. More sweat dribbled down my spine. If we stayed any longer, I’d melt and stick to the timber. I took up the napkin and used it for a fan as the new arrival reached the table. Surfer shorts and T-shirt. Good. I hated being the underdressed one. Student life at university had been like diving into my ideal environment. No one had ever dressed up except at parties or functions.

A flight of parrots shot past a few yards away, squawking.

“Hello.” He put his hand on the back of the chair beside me. “Wren Gavoche?”

The British accent sounded wonderful and never failed to give me an instant rapport with the speaker. It was just...cute, even when attached to an alarmingly large man. Despite my instinct that looking more pointedly might give him the wrong impression, because really he was not within light years of being inscribed in my little book of possible BF’s, I looked...and looked.

I let my gaze cruise over the swell of his biceps with the mysterious tatt peeking from under the sleeve, took in the breadth of his chest, his scent, the solid
don’t fuck with me
way he stood, those huge hands, and those palest ever blue eyes.

Ooops. Caught staring.
His minimal yet knowing smile seemed to rivet me to my seat.

“Hi.” I pasted on an innocent grin. “You’re Richard? No last name?”

That was so odd but I had Hugh. Safety in numbers, and concealed firearms.

“No.” He removed his baseball cap, revealing a perky, light blond mohawk, pulled out the chair, and sat.

“You contacted me, Richard. You said you had information.” About what I had no clue but this search for what was behind my father’s death, at a place designed to turn women into sex slaves, had so far gotten me one step past the starting post. “Do you know anything about my father’s death? About this woman Jazmine Foulkes? I think she was abducted and kept there and that she escaped.”

Jazmine, hotshot journalist, had written a damning article on my brother revealing how he was stealing millions from the government. But it wasn’t that which had made him suicide, no, it was the other information she’d revealed. A blind person could see it was a personal attack. She’d found out about his cross dressing fetish.

That he’d killed his family as well as himself...

I didn’t know for certain why Jazmine was at that slave house, but with my father being found dead there too I’d gradually come around to suspecting something perverted had happened to her on my father’s orders. It was such a twisted idea and I hadn’t quite wrapped my head around it.

The chair squeaked as Richard reclined. His focus was entirely on me, as if the menacing Hugh wasn’t sitting beside me. “Perhaps. I don’t know her whereabouts but I can help you find the man who set your father up to die.”

“Oh.” I tensed. This was what I’d been looking for. A breakthrough. “Who?”

He gestured at Hugh. “Get your watchdog to move away and I’ll say more.”

Damn. Was this safe? Hugh shook his head, grimly. But I dived in. Nowhere was where I’d gotten so far.

“Hugh, please?” I raised my eyebrows.

“Ma’am...” But he took in my expression then nodded.

Once he’d risen and seated himself at a distant table, one with the wall behind him, I nodded at Richard. Clever Hugh. Always seeking out the safest places. Could he read lips?

Richard, or whoever he was – I didn’t believe it was his name for an instant – leaned his forearms on the table. His nearest hand ended up resting inches from my left hand. My breaths turned ragged. Just that proximity had made warmth suffuse between my legs. This man attracted me, no matter that he was clearly out of bounds. Fantasy territory – like lusting for the tatted-up, muscle-bound biker stalking through the pub on a Saturday night.

With my friends, I’d ogle after this type of man then turn aside and giggle about what he’d be like in bed.

Succubus Tear (Triune promise) by Andreas Wiesemann
Royal Seduction by Donna Clayton
Waiting for Morning (The Brides Of Last Chance Ranch Series) by Brownley, Margaret
Changeling Moon by Dani Harper
Loved by You by Kate Perry
Secrets of the Dead by Tom Harper
Las guerras de hierro by Paul Kearney
Stillwater Creek by Alison Booth
The Fall of Society (Book 2): The Fight of Society by Rand, Thonas
Blind Side by K.B. Nelson