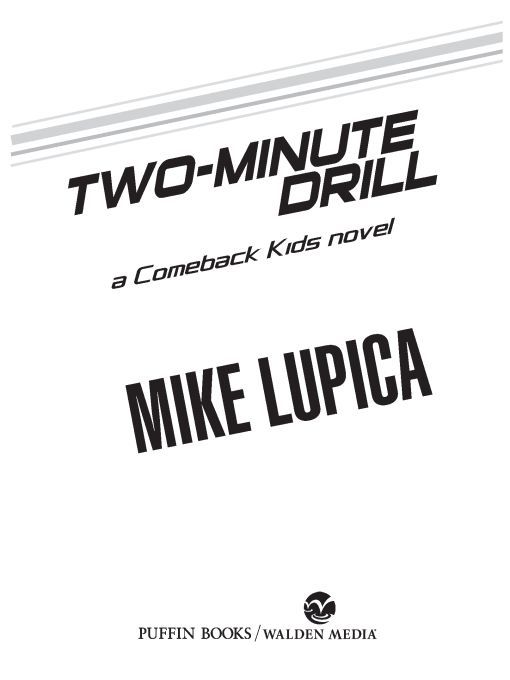 Table of Contents
Title Page
Copyright Page
Dedication
Acknowledgements
ONE
TWO
THREE
FOUR
FIVE
SIX
SEVEN
EIGHT
NINE
TEN
ELEVEN
TWELVE
FOURTEEN
FIFTEEN
SIXTEEN
SEVENTEEN
EIGHTEEN
NINETEEN
TWENTY
TWENTY-ONE
Turn the page for an excerpt from the next Comeback Kids book,
ONE
“I’LL NEVER BE AS GOOD AT FOOTBALL AS YOU WERE.”
“Be as good as
you
can be, kiddo,” his dad would say, “and I’ll be one happy guy.”
Scott would throw until his arm got tired, and Casey, who never got tired, would keep tearing after the ball and bringing it back to him, holding it by one of the seams that had come loose.
And then it was time for Scott Parry to get around to the only thing he was really good at in football.
He’d kick.
He might not have the hands, or the arm, or the size.
But Scott Parry could really kick.
OTHER BOOKS YOU MAY ENJOY 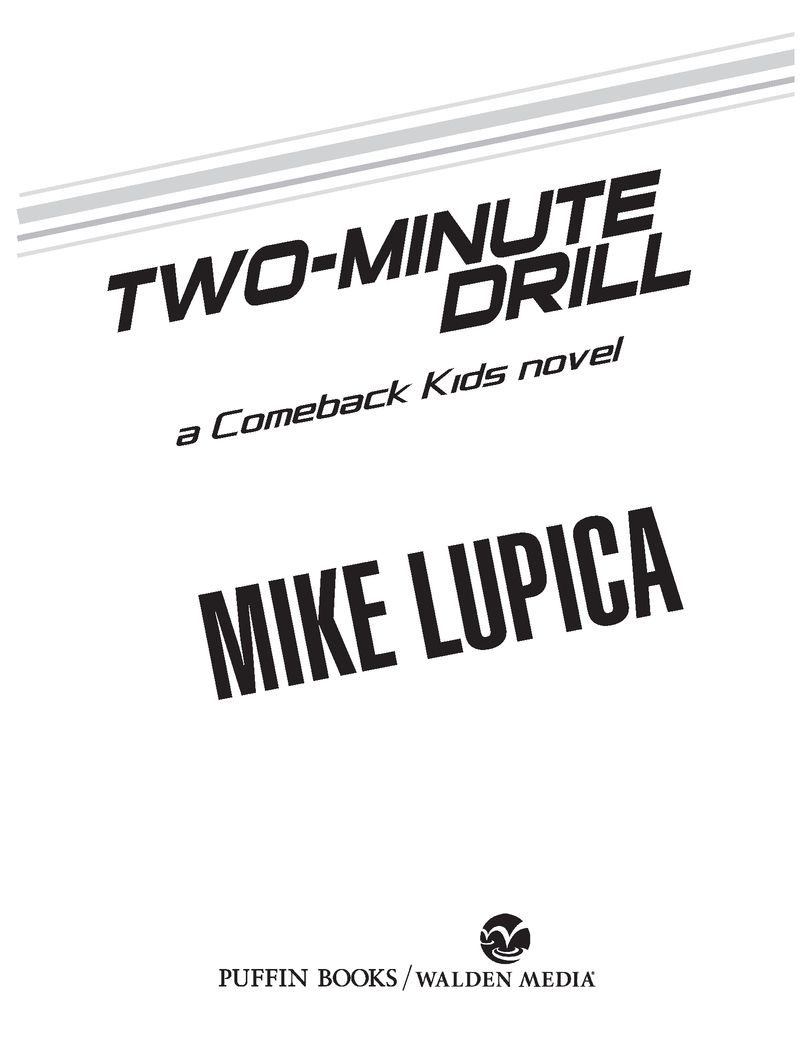 Lightning Rider by Jen Greyson
The Awakening of Poppy Edwards by Marguerite Kaye
Noah's Boy-eARC by Sarah A. Hoyt
Hollowmen by Amanda Hocking
Strung Out (Needles and Pins #1) by Lyrica Creed
Murder and Mayhem by D P Lyle
Lovers at Heart by Melissa Foster
Sweetie's Diamonds by Raymond Benson
The Day of the Moon by Graciela Limón
Savage Girl by Jean Zimmerman