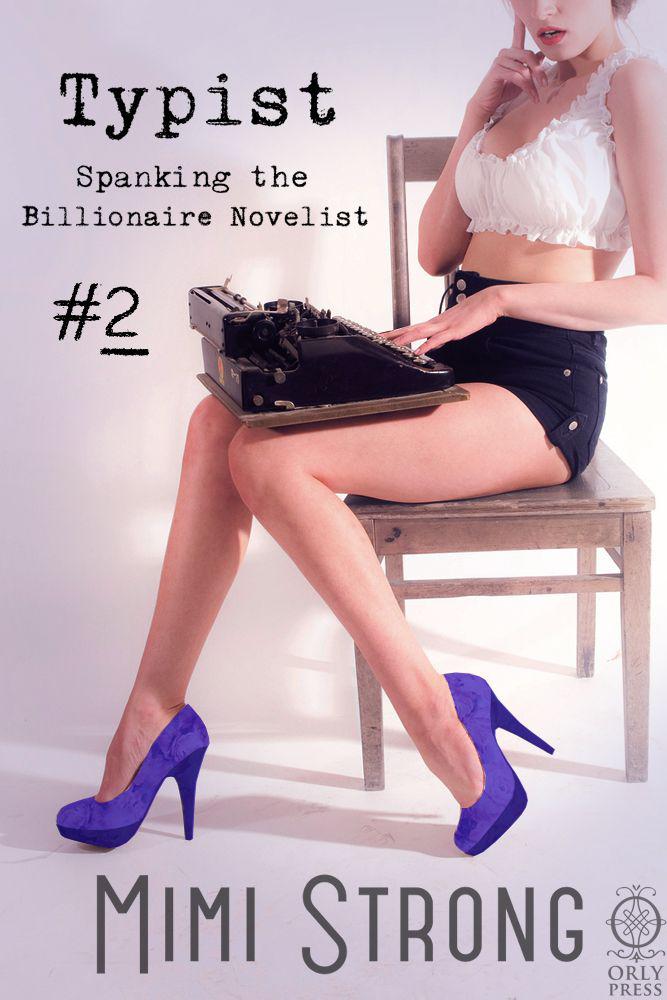 Smith Wittingham had quite the kiss; he made me hear bells ringing.

I sighed into his kisses, enjoying the taste of his lips after arguing. He'd tricked me into a game where I'd pretended to be his obedient dog, and I had not been too happy when the truth came to light.

Now, though, there were bells. And his tender lips on mine, both of us on my bed.

Smith abruptly shoved me off him and sat up.

“Those bells are real? And here I thought I was hallucinating.”

He scratched his cheek. “Well?”

He was completely naked and in my bedroom, which was
downstairs
in the Vermont cabin. His clothes, however, were in his room,
upstairs
.

I feigned ignorance. “Oh, did you want me to get the door? I don't think that's in my job description.”

He grabbed my nightshirt from a hook next to the bed and pulled the shirt onto his manly frame. The thin fabric clung to his broad chest and the hem ended near his navel, doing nothing to cover his manhood, still tumescent from our kissing.

He shrugged. “I suppose I could answer the door like this.”

I giggled into my hand. Somehow, I didn't think they were quite
that
relaxed in Vermont.

He smirked. “The exact same thing I'll give you if you
don't
answer the door. But harder.”

I shook my head and ran out of the room, to the door. I imagined it would be some lost hikers or perhaps a neighbor in need of an egg or cup of sugar.

I ran through the mudroom and pulled open the front door. My mouth dropped open in shock.

Standing before me was a handsome young man, about my age. He had black hair, straight and long in the front, falling across one eyebrow. His eyes were blue and sharply focused on me, his lips full and delicious-looking, and … oh, my goodness, the brawn on him. He wore a sleeveless sports shirt, all the better to show off strong, muscular arms. His biceps were popping out, standing as he was with a box of something. It could have been a box of rattlesnakes and I wouldn't have noticed, not with those tanned arms and that face, so boyish and coy.

I giggled and crossed my arms in front of myself shyly. “Oh, I'm not married to Smith. I hardly know him.”

“I hear he's a fancy author, a famous bestseller, but I've never heard of him.”

“I'll be sure and let him know you said that.”

He laughed and glanced down, adjusting the cardboard box around to his hip. “I'm just joking. Of course I know Smith Wittingham. My family has known him for a while.”

“I don't read all his books, though. I mostly read the classics. Not that I'm a snob or anything, I'm just working my way through a list of books my uncle gave me, and they're in chronological order, and I'm not that fast a reader.”

“So you haven't made it to
Bridget Jones' Diary
yet?”

He gave me a long, studying look. “You're testing me. Whether you love that book or not, you're trying to gauge how I feel about a chick lit book, and thus how I feel about women in general.”

“Here I thought I was just making conversation.” I smiled, masking my true emotions. “Now you're testing me, moving the topic away from small talk and on to gender politics. Which is a pretty bold move, for a delivery boy.”

He popped his lower lip out and blew air upward, fluffing the silky dark hair off his eyebrow.

“I guess I'd better stick to doing my delivery job,” he said. “Mind my place.”

“Just bring that box inside and put it on the kitchen counter.”

He wiped off the soles of his sport sandals on the mat that cheekily read
Go Away,
then brought the delivery in. His calves were even sexier than his arms, all dark skin and dark hair under his cargo-pocket shorts.

He put the box on the counter and unpacked fresh produce, more packaged meals, and a parcel I recognized from the clothing store—the new outfits Smith had bought for me.

I leaned on the counter and watched him put the plastic boxes into the oversized refrigerator. The cabin was quiet, but I could practically feel Smith in my bedroom, listening.

My voice friendly, I said, “So, what's your name, delivery boy?”

“Callum,” he said. “What's your name, girlfriend of the rich author?”

“I'm just his secretary. I do his typing. And my name's Tori.” I twirled a lank of wavy red hair between my fingers. “I'm here for another week and a half.”

“I guess I'll be seeing you around.” He flashed me a grin, his teeth as beautiful as the rest of him.

“Yes, I'm sure we'll be needing you soon. For a delivery.”

He flattened the now-empty box. “I enjoyed
Bridget Jones
, the book more than the movie. I have three sisters, each of whom I absolutely respect and adore, and I enjoy the feminine perspective on love and romance.”

“Well, aren't you just the perfect man? How many girlfriends do you have?”

He chuckled and walked back out through the mudroom to the front door. “Nice to meet you, Tori,” he said.

I followed those cute calves of his and waved goodbye from the doorway.

Callum rode away on the most adorable little motorbike, not much bigger than a scooter. Instead of making him look less attractive, though, the funny bike actually made him look even more handsome.

After he'd disappeared, down the trail into town, I came back inside, a sigh on my lips.

Smith Wittingham emerged from my bedroom. He was still wearing my nightshirt and nothing else, his frank and beans waggling. He gave me a dirty look and started up the stairs.

I called up after him, “I'm
so
glad you convinced me to stay here in Vermont!”

“Woman!” he commanded. “You have ten minutes to wipe the slobber off your face before we get back to work. I have a new idea for a chapter.”

He turned, halfway up the stairs, and scowled my way. “You're not half as funny as you think you are.”

“You remind me of someone. All belligerent, with just a shirt on and your bare ass hanging out. Who is it? Oh, right. Donald Duck.”

He grabbed the shirt at the hem and ripped it in half, tearing it off his body.

“That was my favorite shirt!” I yelled.

“Yes.” A smile crept across my face.

Smith was not as amused. He tossed the torn shirt at me and stomped up the stairs. “Nine and a half minutes!” he yelled.

Our second writing session of the day got off to a rocky start.

He paced behind me for ten minutes, not saying a word. He'd gotten dressed, in a crisply-pressed dress shirt and a pair of khaki trousers. The man almost looked respectable, but I knew better.

I got so bored waiting for him to dictate something, I pulled up the computer menu and looked for a game to play. Even solitaire would have been welcome, and I hated that game.

I pulled up the document again and waited. And waited.

Finally, I said, “Are you punishing me?”

“Not everything's about you.”

“Do you have writer's block? I thought you said you had a new idea for a chapter.”

“Don't quote me to myself. I have an excellent memory.”

I turned around in my chair. “Your tone could be more pleasant.”

“Like your tone, with the delivery boy? You were practically sucking his dick, in
my
kitchen.”

I put my chin on my hand. “That was nothing but a little friendly banter. There's absolutely no comparison between that … and my world-champion-quality dick-sucking.”

“Hmm.” His face softened a little, the tip of his nose becoming less pointy as he stopped frowning. He ran his hand through his ash-blond hair, ruffling it up and re-feathering the longish sides.

I felt an awakening between my legs. Now that Smith Wittingham was dressed again, looking like a respectable author, I wanted to get his clothes off. Flirting with the delivery boy had made me feel alive, sexy. I wanted to be touched.

“Tell you what,” I said. “Let's get a thousand words typed. That'll buy you … one minute of dick-sucking. Two thousand, and you start getting bonus items.”

His gold-brown eyes brightened and he stood up straighter.

What followed was the fastest typing I'd done yet. The chapter wasn't bad, either, except the part where a delivery boy showed up at Sheri's mansion and whipped out his micro-penis.

I stopped typing and commented, “Subtle.”

We checked the words and found we'd surpassed the two-thousand-word goal.

“Go get the hairbrush,” he said.

I ran down to my room and got the flat-paddled brush, then came into the room, whacking it against my palm.

He gave me a sidelong look. “Let's do the spanking first.”

I smacked the brush into my palm again. “Exactly. Get your trousers off, you naughty boy.”

His eyes went wide, and he stammered unintelligibly.

I took a seat on the edge of the king-sized bed that was inside the office bedroom. Patting my knees, I said, “Come and lie across here.”

“We never specified who would be the spankee. I'm in a spanking mood. Why don't you indulge me, for once?”

He looked genuinely frightened, and I fought the urge to giggle.

“Haven't you ever been spanked before?”

He shook his head, no.

“Not even as a child, by your parents or a babysitter?”

He shook his head again.

I patted my knees. “I'll be gentle. And if you take it like a big boy, you'll be rewarded. Pants off. Now.”

He slowly undid his trousers and slipped them off. Inside his boxer shorts, he had a semi-erection.

He slipped them off and used his hands to cover himself, then he came over to me. His body movements were jerky and unsure, but he obediently rested his torso on my thighs.

He whimpered and made his way around to the other side.

I brought the hairbrush down on his buttock with a resounding smack.

He tensed, but didn't cry out.

I massaged his butt with my hand, soothing the red mark, and then I smacked him again with the back of the brush.

Water from Stone - a Novel by Mariaca-Sullivan, Katherine
North by LOUIS-FERDINAND CÉLINE
Mothers and Other Liars by Amy Bourret
Just Curious by Jude Devereaux
Junk Miles by Liz Reinhardt
The Sextet Presents… By Male Order [In Days of Olde] (Siren Publishing Ménage Everlasting) by Elizabeth Raines
The Do It List (The Do It List #1) by Jillian Stone
The Unquiet-CP-6 by John Connolly
The Vicarage Bench Anthology by Barbour, Mimi
The Doomsday Testament by James Douglas