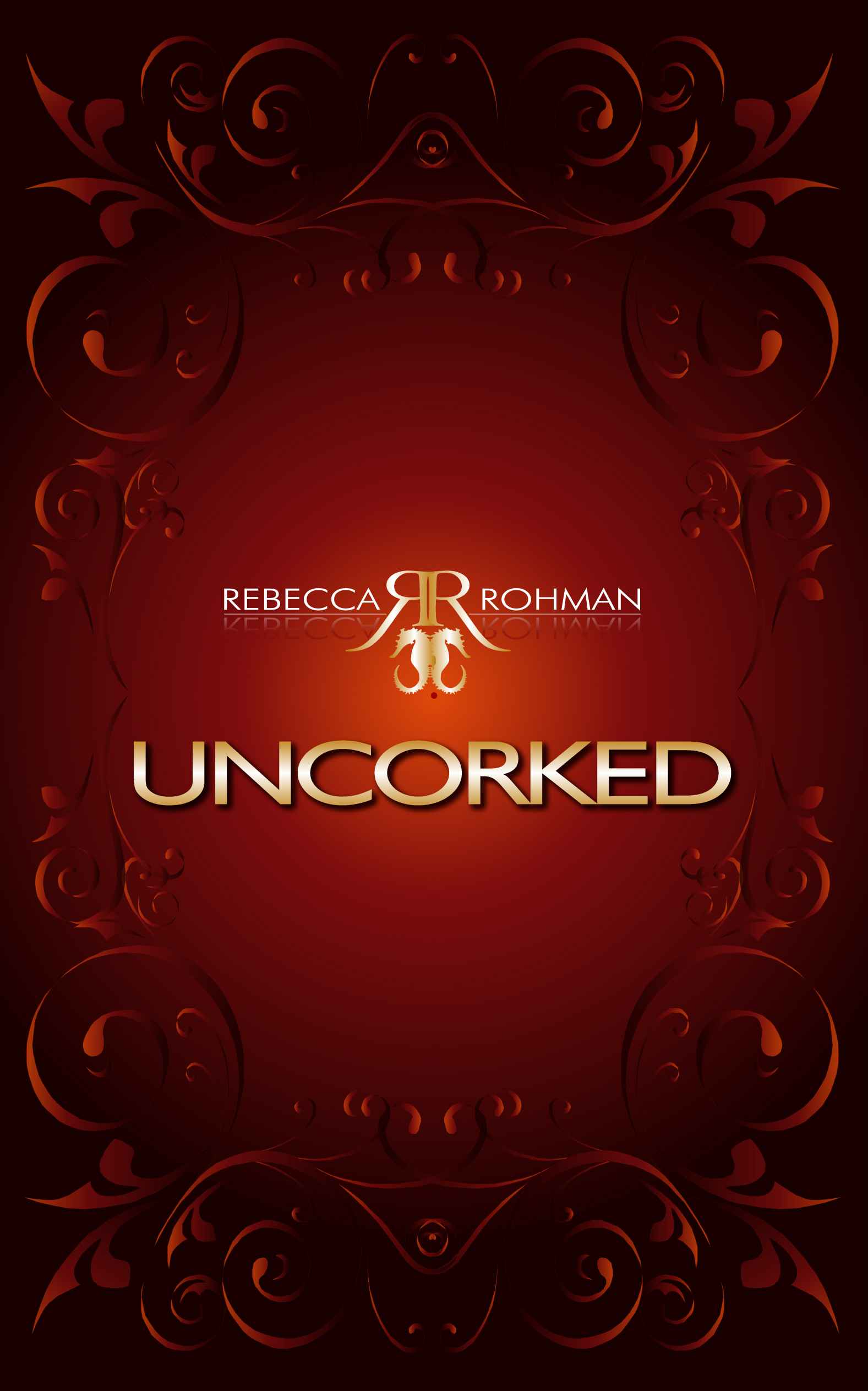 This
book is fictional. The names, characters, places, and incidents either are the
product of the author’s imagination or are used fictitiously.  Any similarity
to actual persons, living or dead, business establishments, events, or locales
is entirely coincidental. The publisher does not have any control over and does
not assume any responsibility for author or third-party websites or their
content.

No
part of this book may be reproduced, scanned, or distributed in any printed or
electronic form without written permission.

Please
do not participate in or encourage piracy of copyrighted materials in violation
of the author’s rights. Purchase only authorized editions.

To Will, Cherise, Shannon &
Laura

Will, thank you for always
supporting me through my myriad of ideas, hopes and dreams – no matter how
crazy they may seem.

Cherise, I could never thank you
enough for your never- ending support as my friend, and your assistance in
making this book a reality.

Shannon, you were the very first
person to ever lay eyes on this book, thank you for your help and support even
though it might have been so many eons ago you can’t remember…

Last and by no means least,
Laura. Thank you for your support, commitment and hard work on this book.  I
will forever be grateful to you.  No words will ever describe how thankful I am
to you for all that you have done in helping me see this project through.

It was a warmer than usual early
December morning when Chella Noon walked into the office in a fantastic mood.
She was sure it would be a great day. Her job at international conglomerate,
Sheyenne International was her life, and she did not make time for anything
other than the occasional drink with her two friends Kacy and Vicky, both of
whom were married with lives of their own.

A woman with no family could
afford such dedication. At some point, the time was bound to come when she
wanted more, something substantial and deep to fulfill her—a husband and child…

Her chest tightened at the
memory. A child, she could forget about.

She was following up on emails
when her boss, Craig, stopped by her office.

“Hello, Craig. I came early so I
could leave early. The girls and I are meeting at Humphreys tonight to
celebrate Vicky’s birthday.”

“Sounds like fun, but I would
have happily given you the afternoon off. As a matter a fact, I insist you take
the rest of the day off. Maybe those girlfriends of yours might be able to set
you up with some handsome eligible bachelor.”

“Chella, it’s been years. Your
parents wouldn’t want you living like this. You spend more time here than
anyone in this office—including me—and I’m your boss.”

Craig Spencer had mostly been
like a father to Chella after her parents died at the age of eighteen. Three
years after they’d moved to the U.S. from the island of St. Lucia where she
grew up, her parents were killed in a tragic car accident. Ten years later, she
thrived in the cosmetic division of Craig’s company, Sheyenne International,
after working and going to college full time. Craig and his wife Maggie had
been golf buddies with her parents. Craig gave her her first job and counseled
her through her professional life as the years went by. He looked at her as the
daughter he never had.

“This has nothing to do with
them. And I like this office, thank you very much. I love my job.”

“I
am
happy. By the way, I
finished those reports you needed. They’re on your desk. What else did you need
today?”

Laughing, he responded, “Trying
to change the subject are we? Nothing! I need nothing! You just wrap up and get
out of here. You deserve it.”

The three friends,
Chella Noon, Vicky Baracle and
Kacy Williams, met occasionally for a drink, especially on Friday nights, but
tonight was special. They chose to celebrate Vicky’s birthday at Humphreys, a
lovely waterside restaurant located on Shelter Island in San Diego. The complex
included a hotel, concert venue, and restaurant. Chella lived in a suite at the
hotel, making it home for the last year and a half. It was a short walk past
colorful koi ponds, and white and orange bromeliad flowers escorted her through
the beautifully manicured grounds along the way.

Humphreys was elegant. White
tablecloths glowed in the candlelight. Beyond the floor to ceiling windows were
views of Shelter Island Marina. The setting sun cast a warm yellow-orange glow
on all the boats in the bay. Live jazz from The W.E.S. Group filled the air.

The girls wrapped up sooner than
expected at the spa. They arrived a little early at the restaurant and sat at
the bar to sip drinks until their table was ready.

It was warm outside, and the
cute little number Chella picked up in a quaint dress shop a few months earlier
was perfect. She had immediately fallen in love with the dress, the way the
soft fabric felt against her skin and drooped over her curves. The brown
chiffon complemented her caramel-colored skin, and the short length exposed her
long, slender legs. She completed the outfit with a sexy pair of gold glitter
and leather Jimmy Choo ‘Loila’ sandals. After some work with the flat iron, her
once-curly hair was now straight and placed in an elegant low ponytail to the
back of her head. With a touch of make-up, she was ready to celebrate.

Vicky and Kacy’s husbands, Jason
and Paul would meet up with them a little later.

“So Jason’s cousin, Christy, is
going to join us for dinner,” said Vicky, taking a sip from her mojito. “She
just flew in from Santa Monica this afternoon.”

“Thank God,” Chella replied. “If
I have to be your fifth wheel one more time I think I’ll go crazy.”

Kacy responded with a smirk on
her face, her blue eyes sparkling. “You know, you could fix that easily by
getting yourself a boyfriend or at least dating every once in a while.”

“Let’s not go there again, please.
A man would just complicate my life right now.”

“Don’t you think that excuse is
getting a little old?” said Vicky.

You two have no idea…

“She’s right, Chella. I know that
you don’t want to talk about it, but whatever this bad experience was from your
past—Sweetie—it’s holding you back.”

“Would you two just drop it? We
go through this every time we get together with your husbands. I am perfectly
happy on my own. When the time is right, I’ll find someone.”

“Furthermore, I will be the one
to decide when that time will be, so butt out.”

“Fine, fine. But just so you
know, if you need help in that department—”

“Yes, yes, I know,” Chella
interrupted. “You know plenty of men you can set me up with.”

“That’s right.” Vicky said,
smiling. She reached for Chella’s hand. “We just want you to be happy.”

“And what makes you believe that
I’m not?”

Vicky and Kacy looked at her in
silence, both with pitiful looks on their faces.

“Don’t look at me that way. I’m
not your charity case. Look, we’re supposed to be celebrating your birthday.
Let’s talk about something fun and exciting. Does your husband know what you’ve
done to your hair?”

“You’re the psychologist. Is that
what you call it, Dr. Williams?” Chella responded, her voice loaded with
sarcasm.

“Jason has no clue. He thinks we
all went to the spa for manis-pedis and facials.”

“And you decide to chop off all
your hair and go from blond to black. I have to admit it looks awesome.”

“Don’t worry, he’ll love it. He
thinks short haircuts are hot.” Vicky laughed as she winked her gray eyes at
them.

“Is that so?” Kacy replied.

“He does. Watch and see,” Vicky
said.

The girls had just finished their
first round of drinks when the server came over to let them know their table
was ready. As they were seated, the guys walked in. A stranger accompanied
them—a man. It appeared that Chella had been set up after all. He was the
perfect cliché: tall, dark and handsome. Even from afar, he had an incredible
smile that caught Chella’s eye. Then she remembered someone had lied to her.
She glared at Vicky across the table and was about to say something, but the
guys arrived at the table and she fell silent.

Jason absolutely loved Vicky’s
new ‘do. After making a fuss over her, they all exchanged hugs and kisses.
Jason introduced the newcomer.

“How could I forget? Hello,
ladies. Happy birthday, Vicky. This is for you,” Mitch said, handing her a gift
bag and kissing her on the cheek.

“Thank you, Mitch. That’s kind of
you. Wow, this is heavy. Thanks,” Vicky replied, and slipped the bag beside
her.

Jason continued the
introductions. “And I’d like you to meet Chella Noon. Chella this is Mitch
Mariani. Mitch and I were roommates in college.”

He was gorgeous. His eyes were a
mixture of hazel and green, and his jaw was rugged and manly. His lips curved
into a sexy smile. He took her soft hands into his, looking directly at her as
his eyes dazzled. His dark hair framed his face, and her gaze was drawn to his
sweet lips.

“Chella, it’s a pleasure to meet
you,” he said, his deep voice snapping her back to the present.

“Same here,” she replied with a
sensual smile.
He’s sexy and he knows it!

As they took their seats at the
table, Vicky and Kacy both sat next to their husbands, leaving Chella and Mitch
to sit across from each other at one end of the rectangular-shaped table.

While taking her seat, she could
not help but overhear Mitch quietly talking to Jason, their bodies both
slightly turned away from the table,

“So this is your idea of a big
dinner party?” whispered Mitch.

Caught in the Middle by Regina Jennings
Love in Maine by Connie Falconeri
Lion Plays Rough by Lachlan Smith
The Clarendon Rose by Anthony, Kathryn
The Flood-Tide by Cynthia Harrod-Eagles
Be Good Be Real Be Crazy by Chelsey Philpot
Crime Fraiche by Campion, Alexander
Brie Pleases her New Master (After Graduation, #1) by Phoenix, Red
Reina Lucía by E. F. Benson
Last Gasp by Robert F Barker